ISRAEL'S Covid vaccine data has shown the jab stops 99 per cent of serious illness and is 99 per cent effective at preventing Covid deaths.

Israel’s Health Ministry said the vaccines they have been using were “dramatically” effective at reducing serious illness and the results can already be seen in the country's deaths figures. 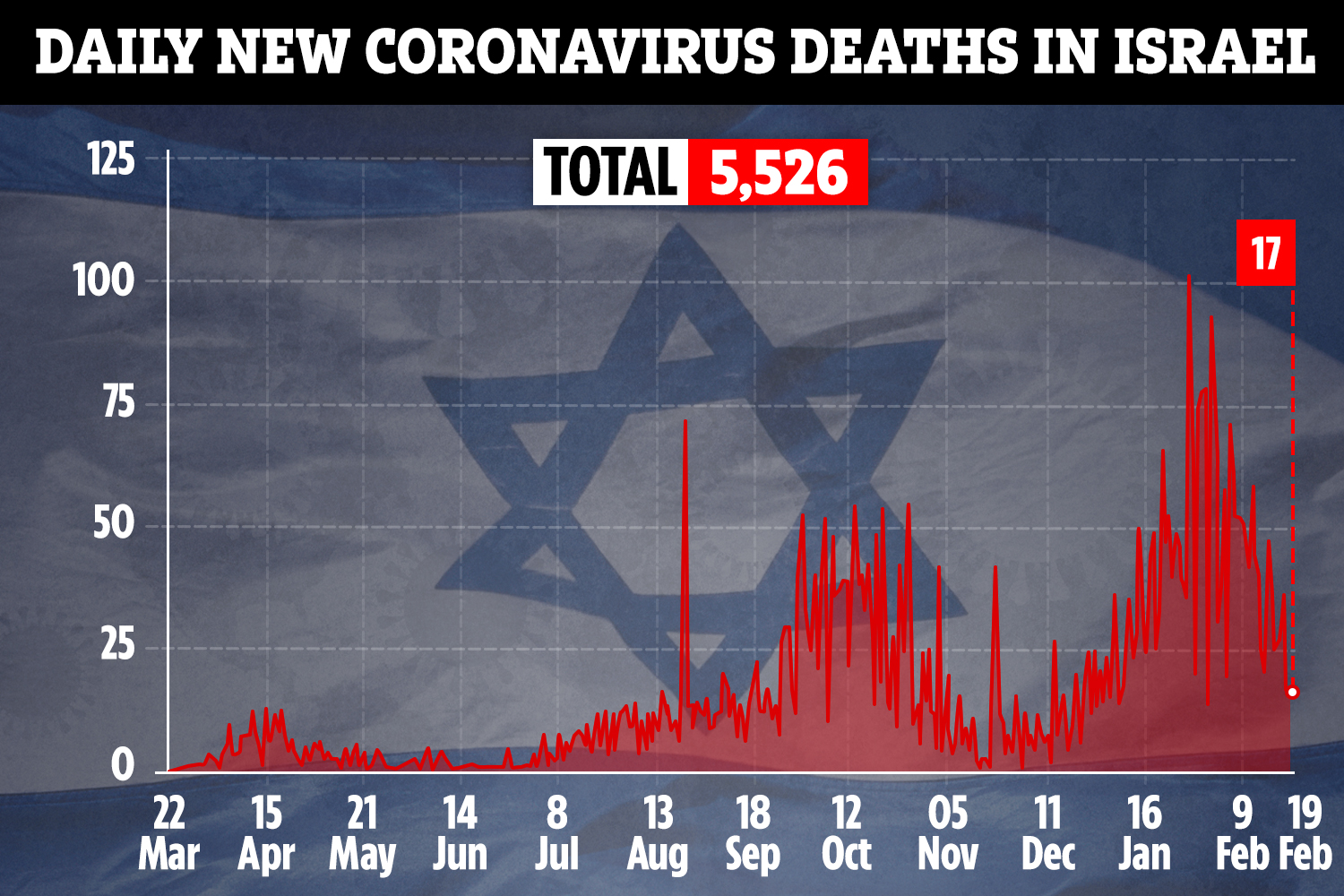 Data released by Israel's Health Ministry said the vaccine is 98.9 per cent effective at preventing death caused by Covid-19.

The shots are also 99.2 per cent protective against serious illness, reduce morbidity by 95.8 per cent and decrease the chance of hospitalisation by 98.9 per cent, The Times of Israel reports.

While the data did not specify, Israel has been vaccinating almost exclusively with the Pfizer-BioNTech vaccine.

Speaking on Saturday, Health Ministry Director-General Chezy Levy, said: “The vaccine dramatically reduces serious illness and death and you can see this influence in our morbidity statistics."

The data, which includes jabs up to February 13, represents Israelis who have received both doses of the vaccine, 14 days after their second dose, compared with those who have not received anything. 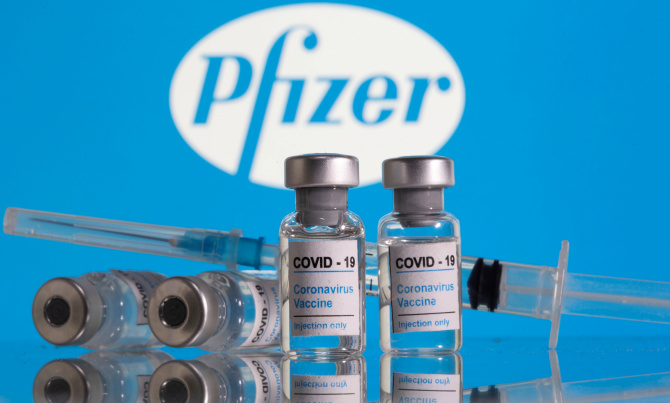 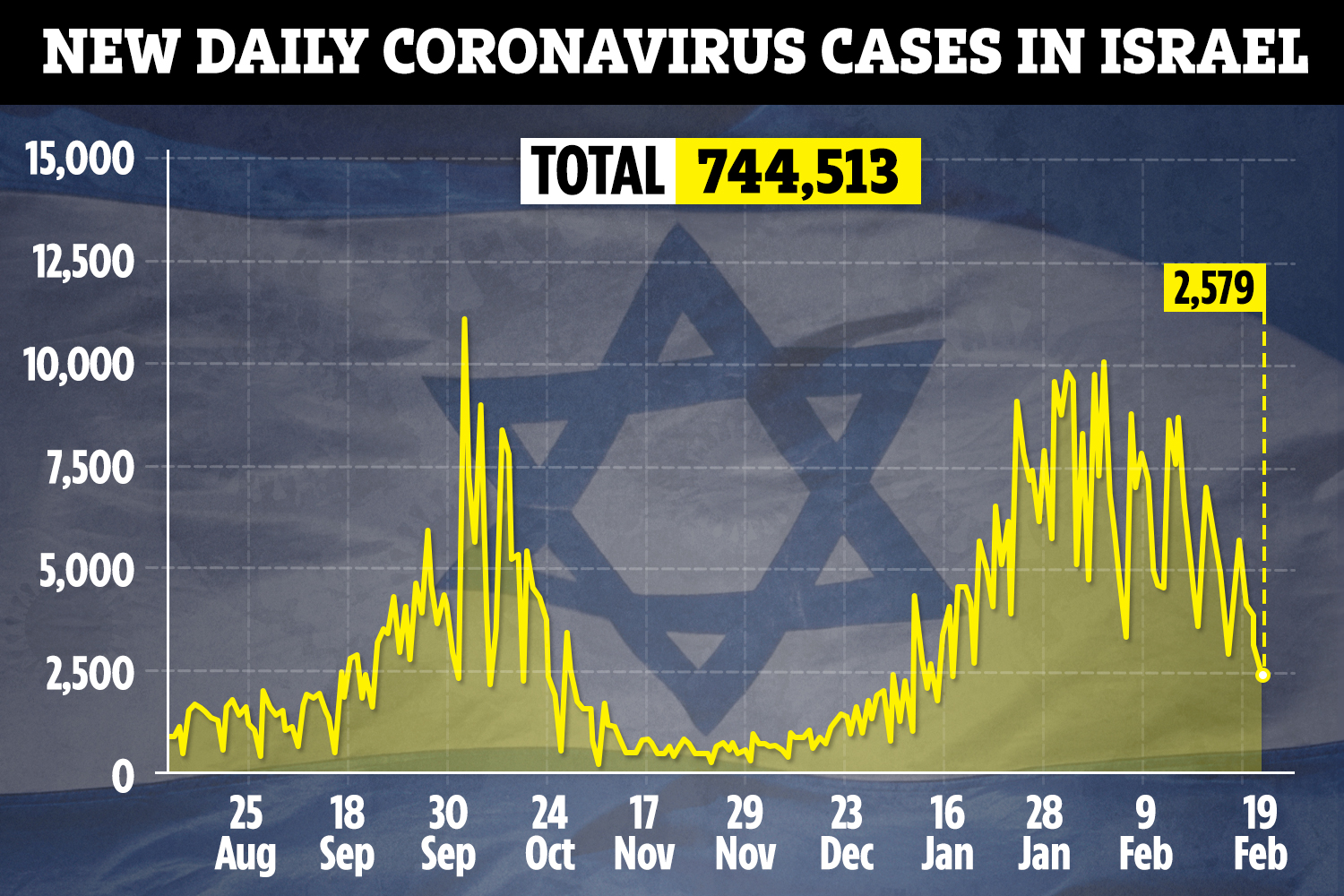 The figures are higher than anywhere else in the world.

The country has recorded 5,526 deaths from the virus so far, with fatalities now steadily dropping from their peak in January.

Around 3 million people are not eligible for the vaccine in Israel, including those under 16 and anyone who has already recovered from Covid.

Mr Levy said: “Thanks to Israel’s strong health system that has allowed us to vaccinate an unprecedented wide percentage of the population, and our epidemiological tracking facilities, we are the first country in the world that can show the effect of the vaccine in the real clinical world."

He added: “Our aim is to continue to vaccinate everybody 16 and older, and when the time comes, those under 16 also, to reach the widest possible coverage of the population that will allow us to return to normal life, which we all long for."

In the UK, Boris Johnson has vowed to offer every adult in Britain a jab against Covid-19 by the end of July.

By last night, 17,247,442 Brits had been vaccinated — including two-thirds of the 65 to 69 age group who only received their invitation letters last week — thanks to hard-working NHS staff.