JERUSALEM (Reuters) – His political platform might be just a pipe dream – a heady mix of pot legalization and biblical temple reconstruction – but far-right candidate Moshe Feiglin could be a kingmaker in Israel’s election on Tuesday. 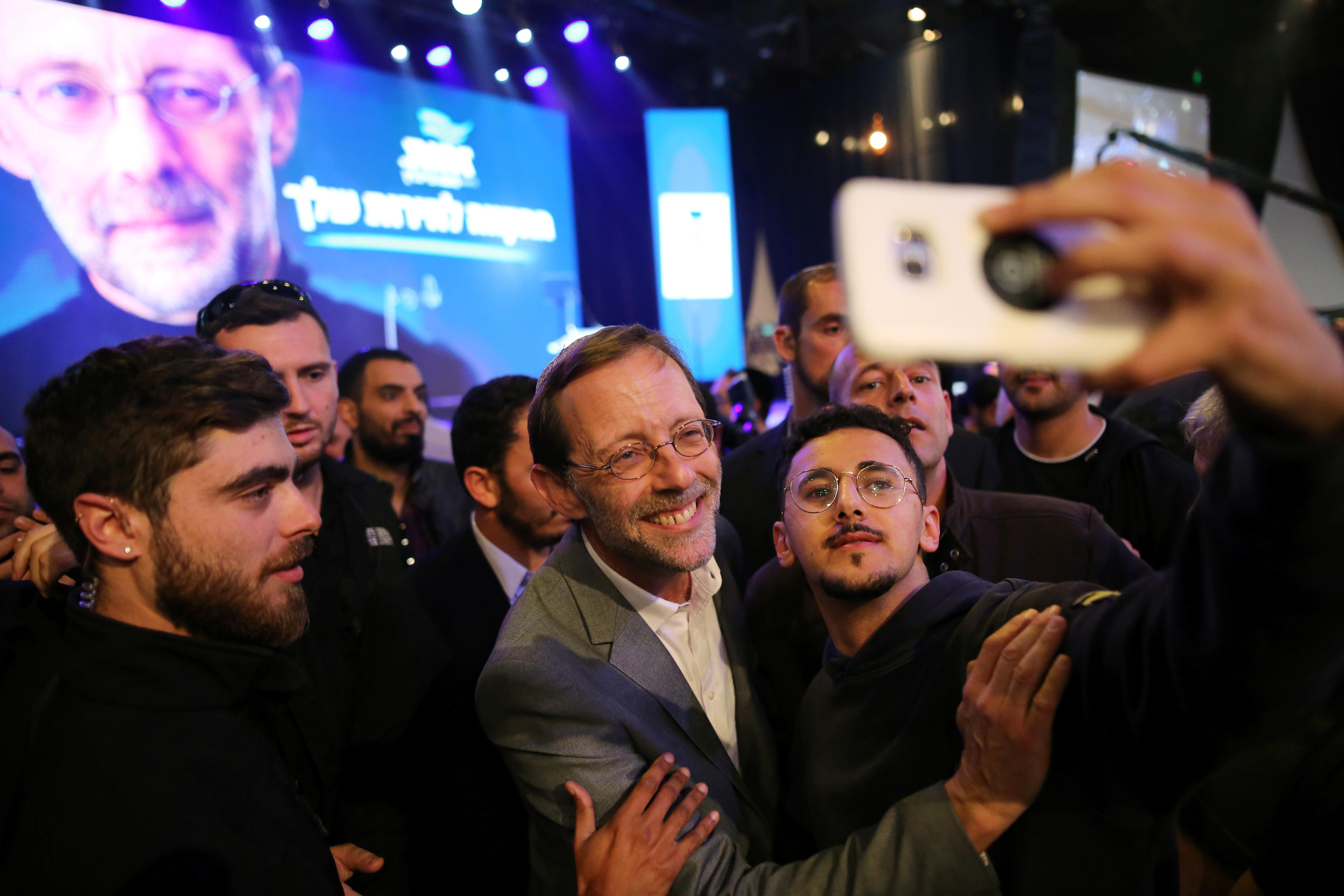 Drawing support from alienated young voters, Feiglin’s new Zehut party has surged in the polls, which predict it could capture up to six of parliament’s 120 seats and perhaps tip the balance in coalition-building that will follow the ballot.

No single party has ever won a ruling majority on its own in Israel. Neither Prime Minister Benjamin Netanyahu of the right-wing Likud nor his main challenger, centrist Benny Gantz of Blue and White, have public assurances from Zehut that it will be on their side when they try to form a government.

Feiglin has said that his conditions to both men are the legalization of cannabis and control of the finance ministry, where he wants to cut corporate taxes and eliminate customs duties.

Once a member of Likud who unsuccessfully challenged Netanyahu for its leadership, the libertarian Feiglin, 56, has showcased free markets and marijuana, with his plan for the Palestinians taking a back seat.

His far-right policies call for annexation of the occupied West Bank and the Gaza Strip, paid incentives to Palestinians to emigrate – and eventual construction of a third Jewish temple at the Jerusalem holy site where two biblical temples once stood.

The compound, revered by Jews as Temple Mount and by Muslims as the Noble Sanctuary, is home to the Al-Aqsa and Dome of the Rock mosques and one of the most sensitive venues in the Israeli-Palestinian conflict.

But it is the candidate’s push for legalization of recreational marijuana that appears to have lit a fire under many young voters in Israel, where pot smoking is popular.

“One of his big agendas is the legalization, a free market and liberalization in general. I can’t tell you I went over every line in his platform, I left that to my dad,” said Ofir Avisar, 22, who works at a cigarette stand in a Jerusalem shopping mall.

Others are drawn by Feiglin’s vision of small government.

“The cannabis is a small part of his charm,” said 27-year-old Uriya Peled, a teacher who came to a bar in Rishon Lezion, a town near Tel Aviv, to hear Feiglin speak. “I don’t consider myself right, left or center, I just want liberty.”

Critics have cast Feiglin as a wolf in sheep’s clothing, using the popular pot platform to get votes from bleary-eyed youngsters in order to promote an extremist agenda.

“Joints on the Temple Mount,” was how the left-wing Israeli daily Haaretz headlined a recent editorial condemning Feiglin’s “ridiculous dreams of liberty and cannabis” and his “ultranationalist and dangerous vision”.

Feiglin appears to be reveling in his new-found appeal. Days before the election, the bearded and bespectacled candidate emerged on an on-line comedy show, where he reclined on a sofa and slugged back some whisky as he and its host punched and massaged each other’s bare feet.

“They’re not morons,” Feiglin, referring to his supporters, told Channel 12’s Meet the Press on Saturday. “A new generation has risen in Israel that wants its liberty and is very intelligent, and it’s not the cannabis that is attracting them.”