The chopper was reportedly flying over the central district of Istanbul when it plunged just yards away from people's homes in the Sancaktepe area at around 11am local time (8am GMT). 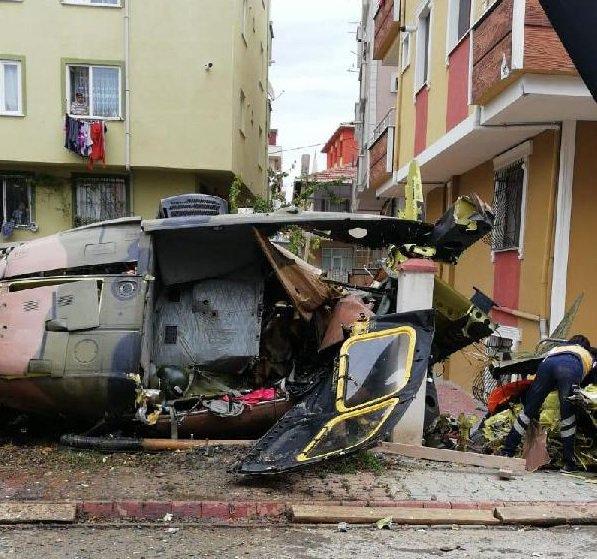 Footage from the scene shows the camouflage chopper completely torn apart, with its tail and rotor scattered metres away from the cabin.

The helicopter was carrying out training flights at the Samandira air base in Istanbul and the reason for its crash has not yet been determined.

As police and firefighters swarm the surrounding area, horrified locals can be seen gazing in shock from the windows of their homes.

The street has now been cordoned off, as officials investigate the scene. 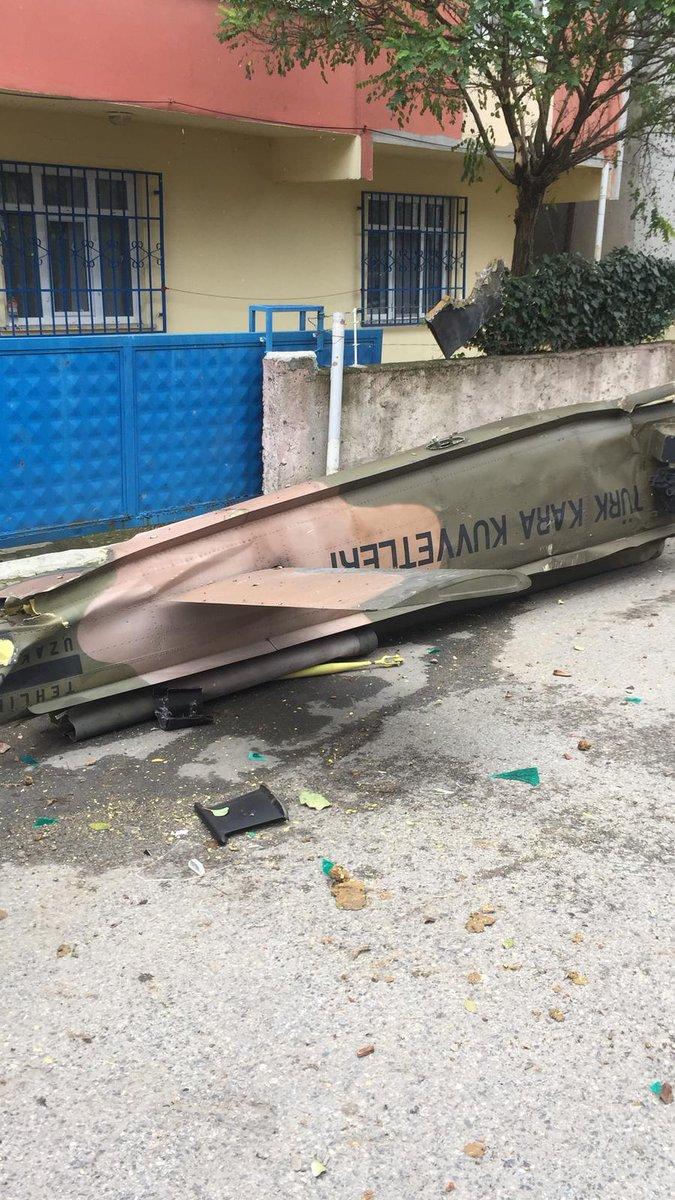 He told the state-owned Anadolu news agency: "Treatment for the wounded and an inspection into the cause of the incident has been started.

"Efforts at the crash site are underway."