Supreme Court decision is a renewed blow to nongovernmental organisations operating in the Mediterranean. 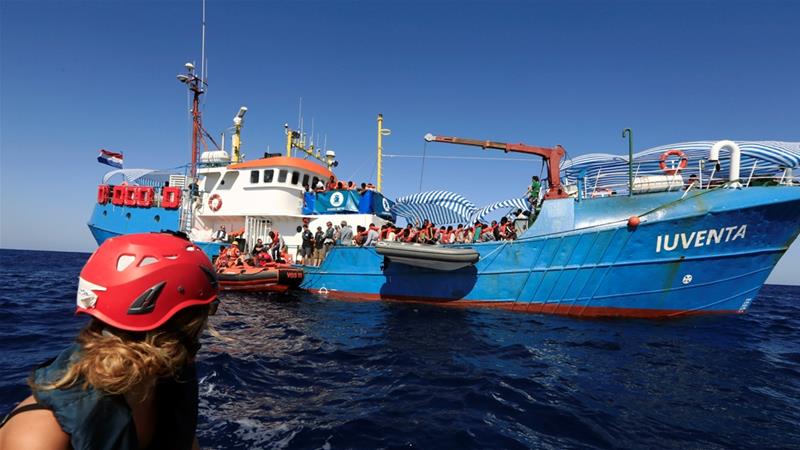 Rome – Italy’s Supreme Court has rejected an appeal against the seizure of an NGO rescue ship, the Iuventa, impounded in August 2017 following an investigation initiated by the Italian authorities into NGOs in the Mediterranean.

Evidence collected as part of that investigation led to the pre-emptive seizure of the vessel – the only one operated by the small German non-profit Jugend Rettet (“youth rescue”) – under accusations of abetting illegal migration and collusion with smugglers.

The Iuventa has been held in the port of Trapani since a judge in the western Sicilian city ruled in favour of the prosecution’s request for pre-emptive seizure, based on an anti-mafia law and done in order to prevent the alleged crimes from being committed again.

The Iuventa had become the primary target of an investigation, which included the use of an undercover agent, bugging devices, tapped phone calls as well as informant testimonies, into rescue operations in the Mediterranean.

Lawyers filed an appeal against the seizure, questioning the nature of the accusations, as well as Italy’s jurisdiction on incidents that took place in international waters.

Aiding and abetting illegal migration can carry a prison sentence ranging from five to 15 years, and a fine of 15,000 euros (about $18,300) for each person who has been let in the country. Prosecutors, however, have yet to file official charges against individuals involved in the events in question.

Italy’s Supreme Court of Cassation will publish an explanatory statement in the coming weeks.

A spokesperson declined Al Jazeera’s request for further comment until then. 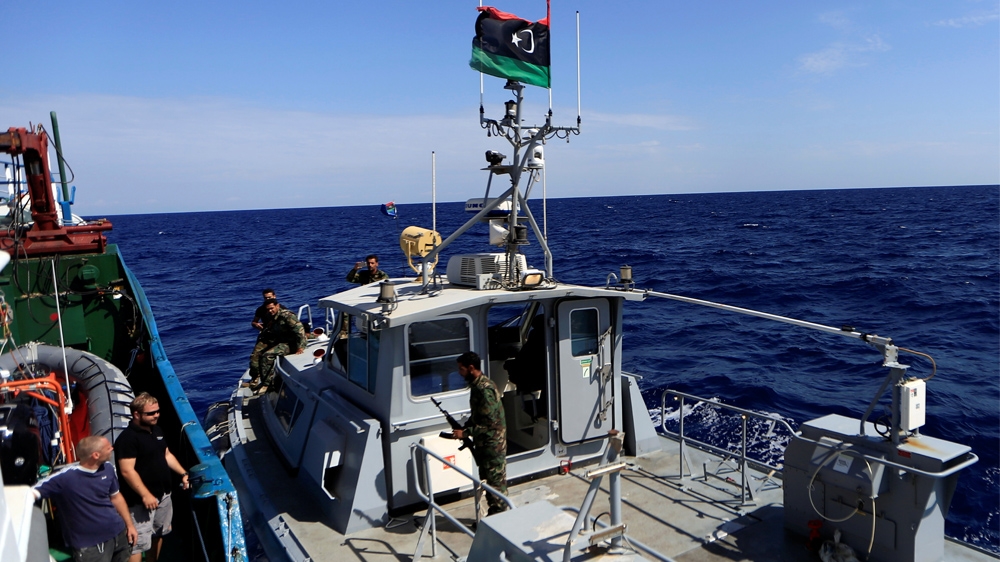 “We take note of the decision, but we are waiting for the end of the investigation and have to evaluate possible further action after the court publishes the reasoning behind it,” Isabel Grahn, a spokesperson for Jugend Rettet, told Al Jazeera.

“We can only speculate,” Grahn added.

“It’s possible there will be accusations. We don’t know where the Italian prosecutor stands.”

Tuesday’s ruling is a renewed blow for NGOs operating sea rescues in the Mediterranean, after a court in Sicily last week ordered the release of another NGO boat, the Open Arms – one of two vessels run by the Spanish NGO Proactiva. The Open Arms vessel was allowed to leave the port of Pozzallo a month after its crew refused to hand 218 rescued migrants over to the EU and Italy-funded Libyan coastguard.

Italy’s deal with Libya, aimed at curbing migration across the central Mediterranean route, has been criticised by human rights groups for allowing migrants and refugees to be brought back to a country where they face human rights violations.

NGOs, which filled a gap left at the end of 2014 when Italy and the EU pulled back from sea rescue arguing it encouraged people to risk the crossing, have been accused of facilitating illegal migration. The Italian media and right-wing proponents call the rescue boats “sea taxis”.

Critics of this argument say that it doesn’t consider the “push-factors” out of Libya – a country that has been marred by a power vacuum and political instability since the fall of Gaddafi in 2011. Numerous reports have emerged of migrants and refugees suffering systematic abuse in Libya, including detention, extortion and forced labour.

While arrivals have decreased – 181,436 in 2016 to 119,130 in 2017 – data shows that the mortality rate of those who cross from Libya to Italy has risen. According to UNHCR, one in 14 people died crossing from Libya to Italy this year, compared with one in 29 in the same period last year.

A shipwreck last Sunday left 11 dead, bringing to more than 500 the number of people that have died or disappeared while trying to reach Europe this year.

Days before the confiscation of the Iuventa, Jugend Rettet, alongside other rescue organisations, had refused to sign a Code of Conduct passed by the Italian government for NGOs performing rescues in the Mediterranean. The Code, which is not legally binding, included allowing armed judicial police agents onboard.

The number of NGOs operating in the central Mediterranean has decreased dramatically since then.

According to the Trapani judiciary, these incidents demonstrate that Iuventa crew members had direct contact with Libyan smugglers and operated in coordination with them.

The motivation behind their actions, the prosecutors themselves point out, remained essentially of a humanitarian nature as the crew did not receive money. The preliminary investigation also alleges the crew neglected to destroy the dinghies used by refugees after their rescue, instead, leaving them for smugglers to reuse.

London-based research organisation Forensic Architecture conducted a counterinvestigation and published video reconstructions of the incidents based on photos and videos released by crew members and journalists on board of other vessels that intervened in the rescues in question, as well as taped conversations with the central command and logbooks. The group refuted some of the claims made by the Italian prosecutors, arguing the images that had been circulated by the media had been taken out of context.

“What the Italian authorities are doing is completely excessive and doesn’t have any legal basis in international law,” Violeta Moreno-Lax, told Al Jazeera.

“Rescue is not only not a crime, but is necessary under international law. The obligation is to perform rescue, not to abstain from it.”

Moreno-Lax added that “If you analyse the different cases in which the Iuventa has been accused of collusion with traffickers, not only there is no base in the law to qualify that as not being rescue, but you will see that every time they follow the instruction of the IMRCC (Italian Maritime Rescue Coordination Centre, making the charges of) facilitation of irregular entry completely illusory.

“It banalises what criminal behaviour means, if you call anything and everything migrant smuggling and human trafficking.”