Grottaglie, Italy: After racing down a three-kilometre runway, a van carrying top airport officials rattled onto a patch of asphalt overrun with tall swaying grass, wildflowers and herbs.

"It's wild fennel if it's anything," replied his boss, Marco Franchini. 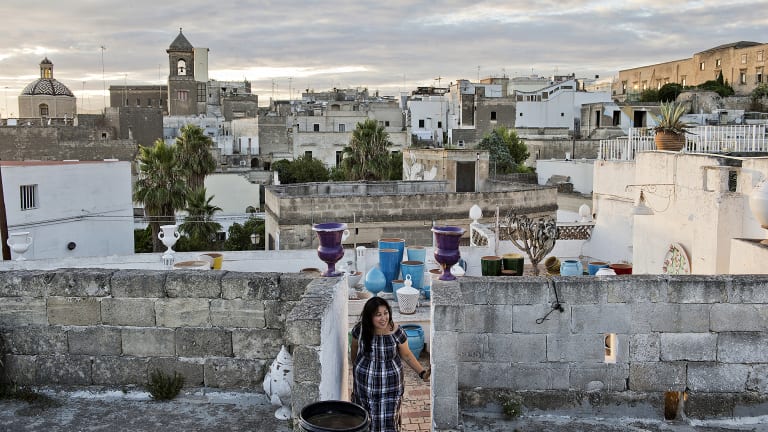 A view from the terrace of the ceramic shop Enza Fasano, in Grottaglie, Italy.

"No, it's oregano," grumbled Vasile as Franchini stepped out of the van and announced: "Here we are. The Space Port."

Grottaglie, a medieval town known primarily for its handmade ceramics, is getting ready for liftoff.

In July, Italian aerospace companies signed an agreement with Virgin Galactic to take space tourists with about $US250,000 to burn on suborbital flights offering vistas of the curvature of the Earth and about five minutes of minimum gravity.

Forty-six sites around the country were considered for the honour of serving as the project's new launchpad. In May, Italy's Transportation Ministry decided that Grottaglie, population 35,000 — with its long runway, uneventful weather and record as a test bed for remotely piloted helicopters and other unmanned aircraft — had the right stuff. 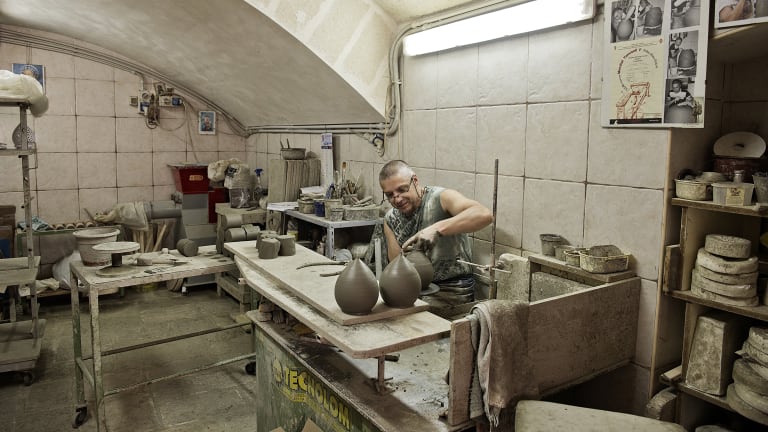 A ceramics maker at work in Enza Fasano, a ceramics shop in Grottaglie.

Last week, Italy's prime minister, Giuseppe Conte, stood next to President Donald Trump at the White House and used the big occasion to talk about "launching, as soon as possible, new planes that, crossing the atmosphere, will be able to connect Italy and the United States in an hour and a half."

"No one's laughing anymore," said Michele Emiliano, the region's president, who has been caricatured as floating in space in an extra-large astronaut's suit.

If all goes to plan, Virgin's White Knight II aircraft will carry the SpaceShipTwo Unity up to about 65,000 feet, at which point the smaller ship will break off, hit the petrol and shoot 100 km above sea level to the Kármán line between Earth's atmosphere and the final frontier.

Richard Branson, Virgin's billionaire founder, has said that 600 people are on standby to take off from the original launchpad in New Mexico next year, followed about two years later by Italy, although delays, crashes and cancellations have postponed departure for more than a decade. 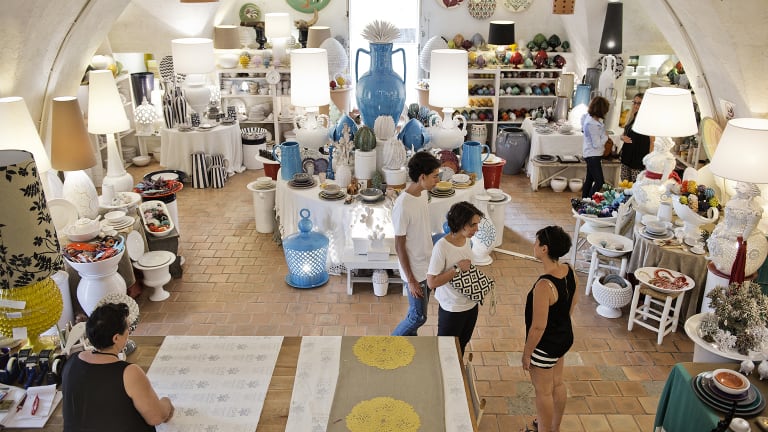 For now, ceramics remain the biggest draw to the picturesque town of Grottaglie.

Yet this region, Puglia — the birthplace of Joseph of Cupertino, the 17th-century patron saint of astronauts, for his apparent habit of levitating while in a trance state — is hopeful.

It is also in need of an economic revival. A few kilometres outside Grottaglie, Italy's largest steel factory, ILVA, is a political headache and environmental catastrophe that rains down toxic red dust on the surrounding area; its closing would threaten 20,000 jobs.

So Emiliano, perhaps best known for injuring himself while dancing the Tarantella and waging a costly civil war in his Democratic Party, envisions Grottaglie as a "Silicon Valley" of European aerospace, with 40 suborbital flights a year. 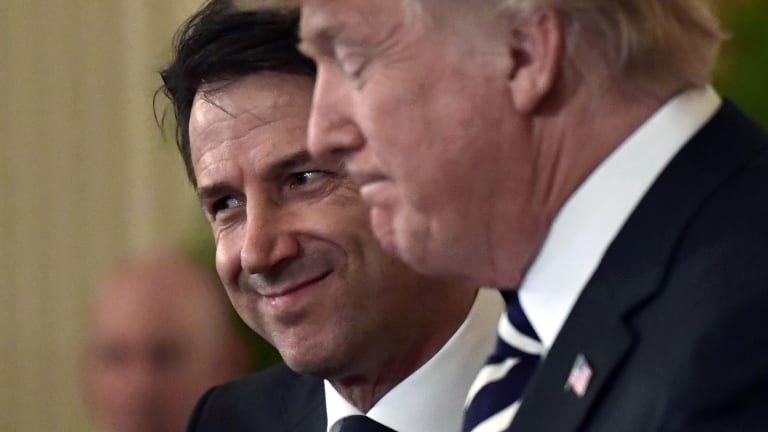 Emiliano is also banking on flush visitors staying in Puglia's luxury farmhouse hotels during their training.

"We don't want, let's say, the stretches of umbrellas and beach chairs," he said. "We want to have people of high quality."

Pockets of Puglia already have a following among the rich and famous. Officials at the Grottaglie airport, which no longer has commercial flights but welcomes private charters, have waved in the Kennedys, Hollywood directors and Madonna, who has landed here in a "golden plane," said Franchini, who showed a picture on his phone of himself and Branson, both wearing open collar white shirts.

"We hit it off over kite surfing," he said.

Locals are hoping that even more jet-setters will be drawn by what Emiliano said would be a 2 1/2-hour suborbital flight from Los Angeles to Grottaglie. ("On this I'd be very prudent," said Vincenzo Giorgio, of Altec, one of the Italian companies partnering with Virgin.)

Emiliano allowed that such a commute, reaching 6G speeds, might be "a little stressful" on passengers. But the crunching of flight time would be revolutionary for shipping cargo, though not Grottaglie's prized ceramics.

He had Puglia's produce on his mind. "Have you ever eaten a fresh fig?" he asked. "A fig from Puglia, if it arrives fresh to Los Angeles, could cost 6 to 7 euros!"

Not everyone is over the moon.

Outside his ceramics shop, under a large ceramic sign that reads "Ceramics Quarter," Giuseppe Santoro said that he doubted the project would come to pass and that even if it did, whether the town would reap economic benefit from any activity in the airport. "We're in another world," he said.

Santoro lamented that a similarly hyped deal more than a decade ago with the US company Boeing to make the fuselage of the 787 Dreamliner in Grottaglie's hangars failed to create the promised tourism boom.

"They brought us this desert," he said, gesturing at the empty curving streets.

Other potters in the suburbs worry about rising rents and noise pollution. Some are more willing to give it a chance.

"We hope it happens," said Enza Fasano, a master potter of the city's venerable Fasano ceramics empire. But she added that the city had a lot of work to do, including improving its accommodations. For example, she asked where I was staying and said "Your B&B is terrible."

Her husband, Salvatore Santoro, interjected that city officials should organise tours of the ceramics quarter. He said that if people were willing to spend $US250,000 on an "exorbital flight, or whatever they call it," then they "can spend 100 euros on ceramics."

Italy has yet to pass legislation to allow suborbital travel. But cooperation with the US Federal Aviation Authority and support from the Italian government have encouraged Giorgio, the Altec executive.

He said that market research had demonstrated plenty of demand and that departures from Grottaglie would complement rather than compete against its American cousin. "The panorama would be a little different," he added. "In New Mexico, the situation is more a desert."