VATICAN CITY (Reuters) – Italy’s Roman Catholic Church has reprimanded the government for not allowing the faithful to return to Masses at the start of a gradual staged end to Europe’s longest coronavirus lockdown. 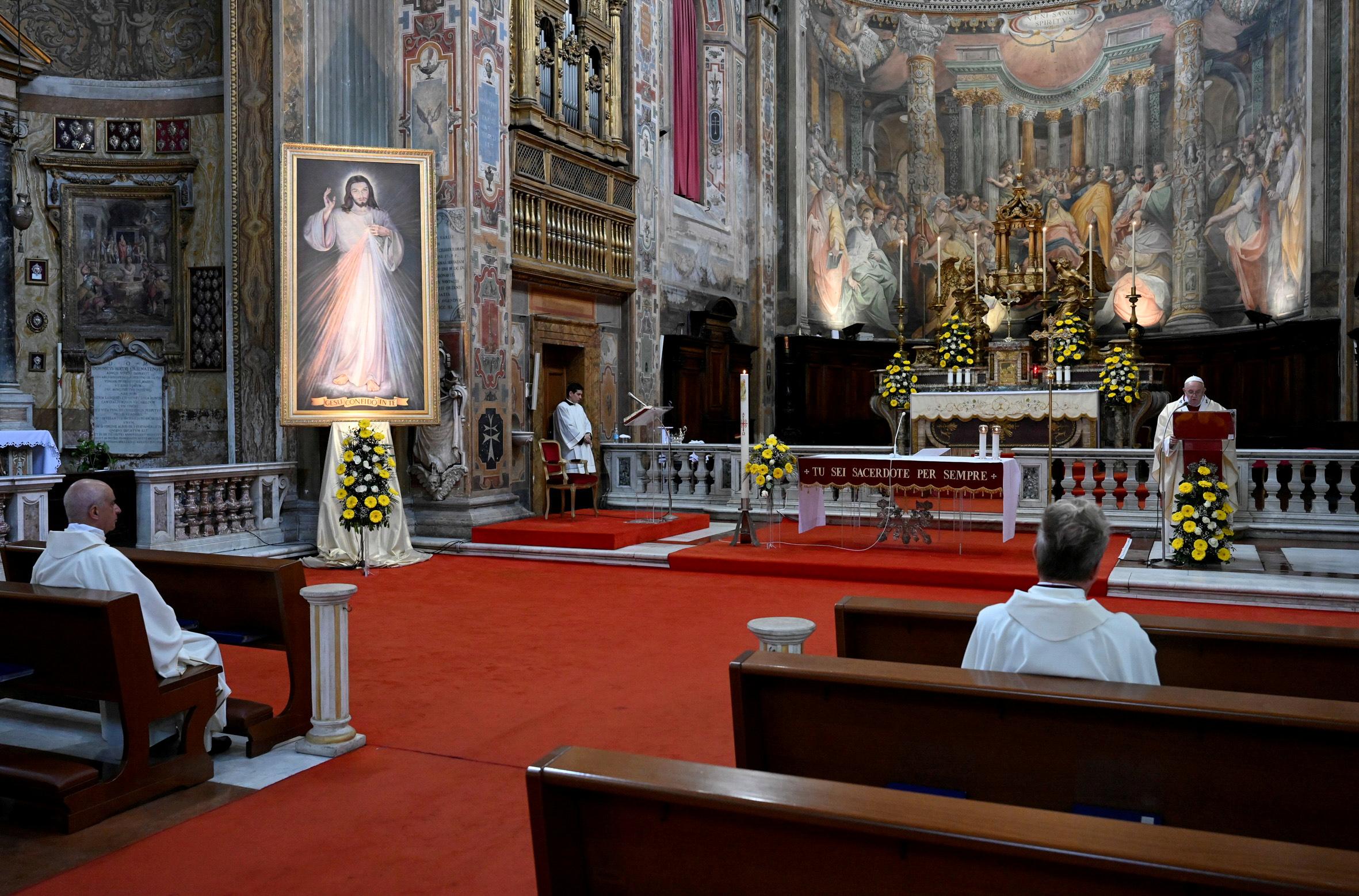 Masses have been banned since early March when Italy closed most commercial activities apart from essentials.

A timetable given on Sunday by Prime Minister Giuseppe Conte said funerals could resume from May 4 but must be limited to 15 people and held outdoors if possible.

The timetable for May 4 to June 1 made no mention of Masses.

Italy’s bishops, in a strongly-worded statement late on Sunday night, said they could “not accept seeing the exercise of freedom of religion being compromised” and accused the government of “arbitrarily” excluding Mass from the timetable.

The statement implied that the bishops felt betrayed, saying they had suggested to the government measures to resume Masses while respecting new safety norms.

“So, we can safely visit a museum but we can’t celebrate a religious service? This decision is incomprehensible. It must be changed,” tweeted Minister for Equal Opportunities and Family Elena Bonetti.

Italian museums and libraries can reopen from May 18.

Italy’s death toll remains the heaviest in Europe, with more than 26,000 dead and almost 200,000 confirmed cases. But the number of new cases has been slowing and the number of patients in intensive care has been falling steadily.

The bishops said the government had a duty “to distinguish between its responsibility to furnish precise health regulations and that of the Church, which is called to organise Christian community life in respect of (health) norms but in full autonomy.”

In response, the government acknowledged the bishops’ complaint and said it would study how to let believers participate safely in liturgical functions “as soon as possible.”

Most of Italy’s churches have remained open during the crisis, but only for individual prayer.

“If there are ways to work safely, shop safely and do sport safely, there is a way to celebrate Mass safely,” said Paolo Ciani of the small, centrist DEMOS party.

In mid-March, the cardinal of Rome modified his order to close the capital’s churches, even for individual prayer, after Pope Francis cautioned against “drastic measures” and Catholics took to social media to complain.

The Vatican, which for the most part has been mirroring Italy’s containment measures, has not yet said when St. Peter’s Basilica or the Vatican museums will reopen.