ROME (Reuters) – The ruling 5-Star Movement and the opposition Democratic Party appeared on the verge of a deal to form a new Italian government on Monday after the PD indicated it had abandoned a veto on Giuseppe Conte serving another term as prime minister. 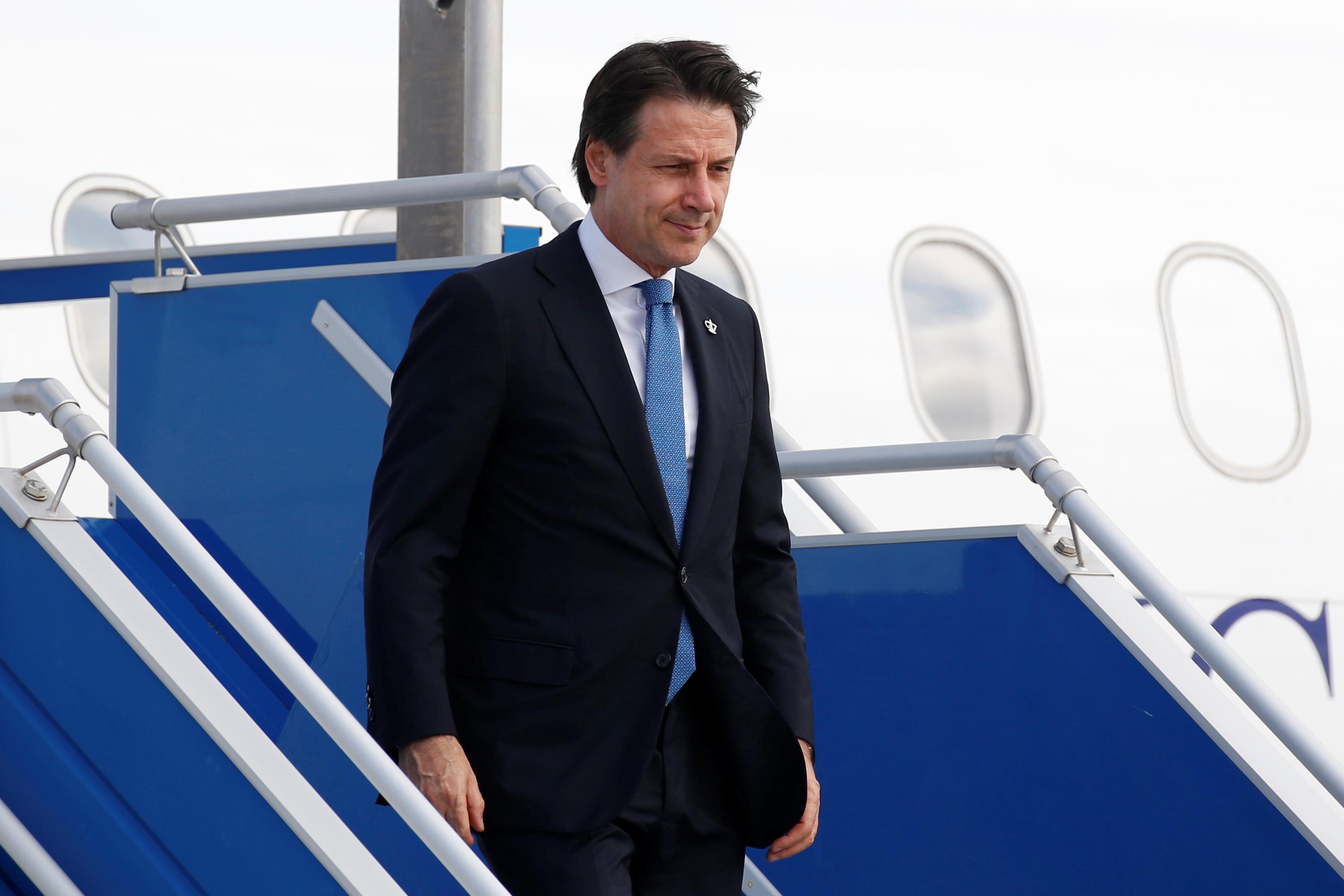 Conte, who belongs to no party but is close to 5-Star, resigned last week after the collapse of a 14-month coalition between 5-Star and the hard-right League, brought down when League leader Matteo Salvini pulled out.

President Sergio Mattarella has given 5-Star a chance to avert a snap election by forming a new coalition with the PD. Last week he told them to report back by Tuesday, but on Monday he extended the deadline by an extra day to Wednesday.

Conte returned to Rome from a G7 meeting in Biarritz, France, for an evening meeting with 5-Star leader Luigi Di Maio and PD chief Nicola Zingaretti intended to iron out the details of an accord. The meeting in Conte’s Rome office was still ongoing at 11:45 pm local time (2145 GMT).

His reinstatement, insisted on by the anti-establishment 5-Star but previously resisted by the center-left PD, had been presented as the main stumbling block to a deal between the two traditionally antagonistic parties.

“We are working to give Italy a new government… I think we are on the right track. I am optimistic,” Zingaretti told reporters after a meeting earlier in the day with Di Maio.

“We need to put together a (2020) budget which requires a new, serious and authoritative government,” he added.

The cost of borrowing for heavily indebted Italy has gyrated with political developments. Its 10-year bond yield hit the day’s low and the spread with German Bunds fell below 200 basis points on Monday after the PD’s Senate leader hinted the party had given up on a veto of Conte.

Assuming there are no major hitches in negotiations over policy and ministerial posts, the new coalition government – Italy’s 67th since World War Two – could be sworn in early next week.

One obstacle could be hostility from 5-Star’s rank-and-file, many of whom view the PD as the symbol of a corrupt Italian establishment that 5-Star was set up to fight.

The party normally puts key strategy decisions to an online vote of its members, following its credo of direct democracy. On this occasion, such a move could potentially scupper the whole deal, throwing Italy back into political chaos.

5-Star’s leadership has been divided between factions that favor a coalition with the PD and others who believe it would shatter the party’s anti-establishment image and accelerate a decline in voter support it has suffered over the last year.

Conte was a virtually unknown lawyer when he was chosen by the League and 5-Star to head their government following an inconclusive March 2018 election. He is now Italy’s most popular politician, according to opinion polls.

League chief Salvini abandoned his coalition with 5-Star, hoping to capitalize on a surge in his anti-immigrant party’s popularity in a new election. But the move has backfired with 5-Star and the PD seeking to form a new coalition instead, which would push the League into opposition.

Only the president can dissolve parliament, and he will do so only if parties are unable to form a new government. He has made clear that if the talks break down, he will call an election for the autumn.

Mattarella will meet with minor parties at his palace on Tuesday, before hearing the PD on Wednesday at 1400 GMT and closing his consultations with 5-Star at 1700 GMT.

The League, fearing its bid for elections has failed and it will be sidelined, has tried without success to resurrect its coalition with 5-Star. Salvini called a news conference on Monday to denounce the PD/5-Star deal that was taking shape.

“You can run away from elections for a month or two months or a year, but you can’t run away for ever,” he said. “Those who are afraid of the judgment of the Italians don’t have a clear conscience.”

Opinion polls suggest the League has lost between 5 and 7 percentage points since pulling the plug on the government, though it remains easily the most popular party, followed by the PD and 5-Star.