JENNIFER Lopez doubled down on Trump-bashing after her Super Bowl LIV performance as she blasted people who "build walls and put us in cages." 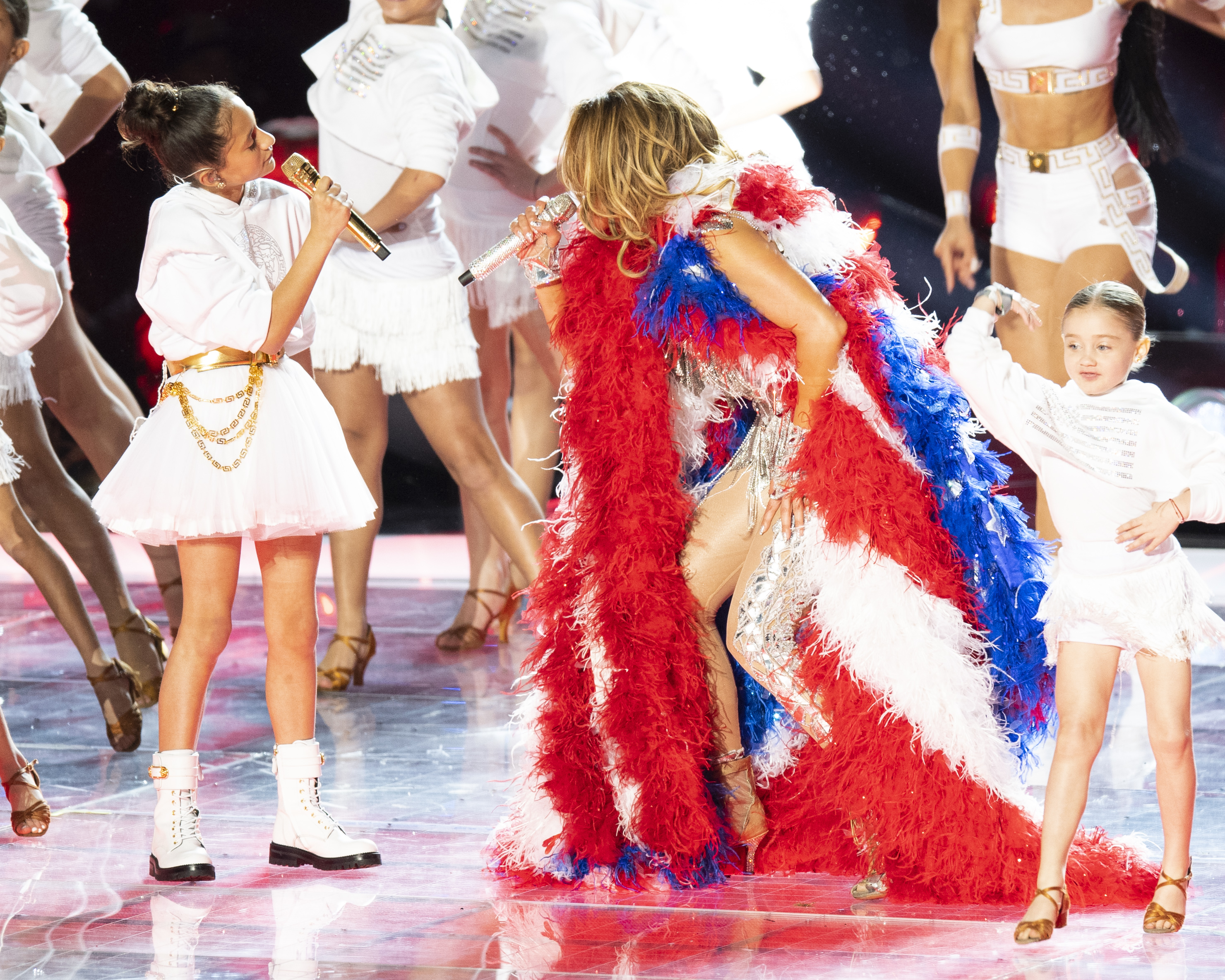 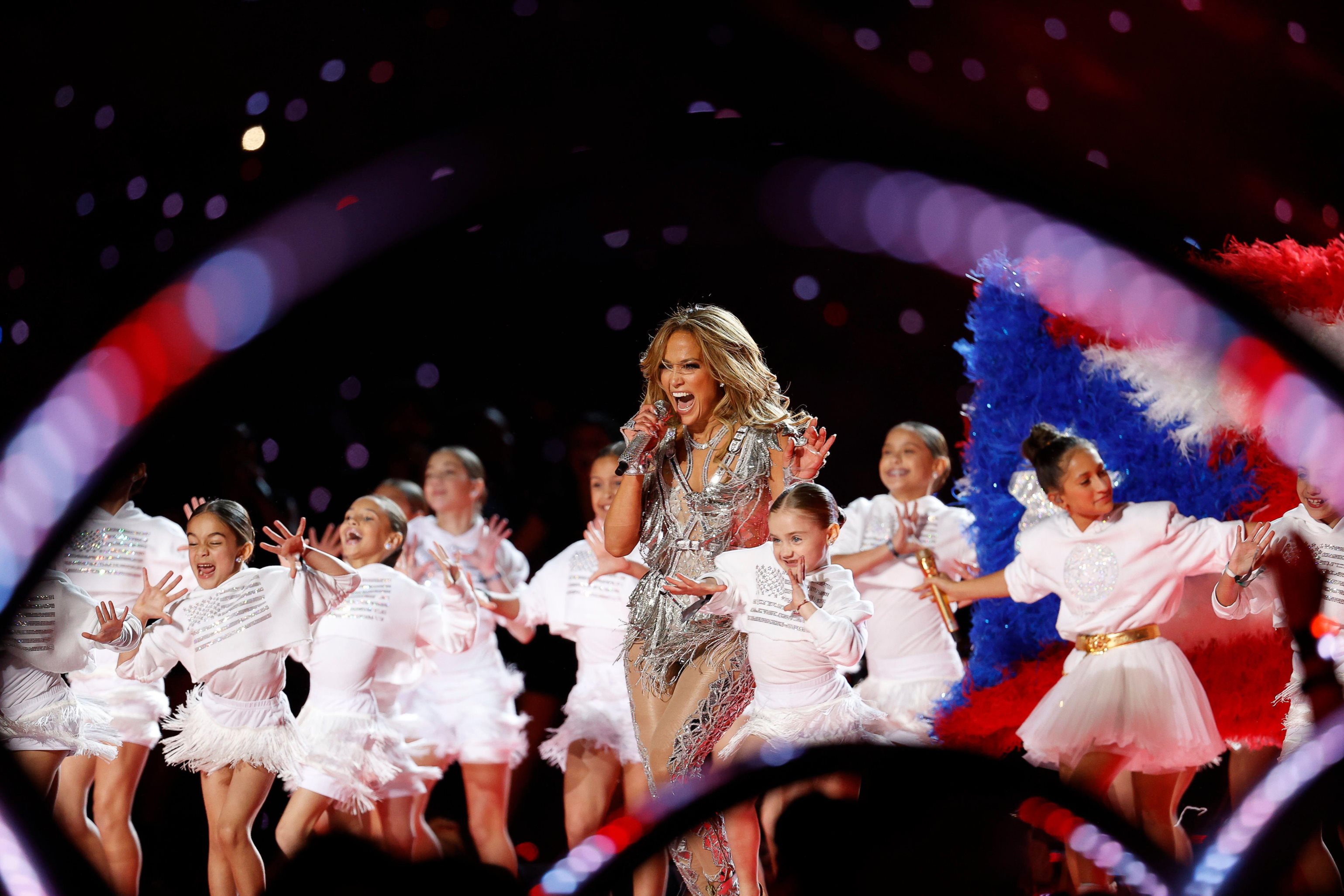 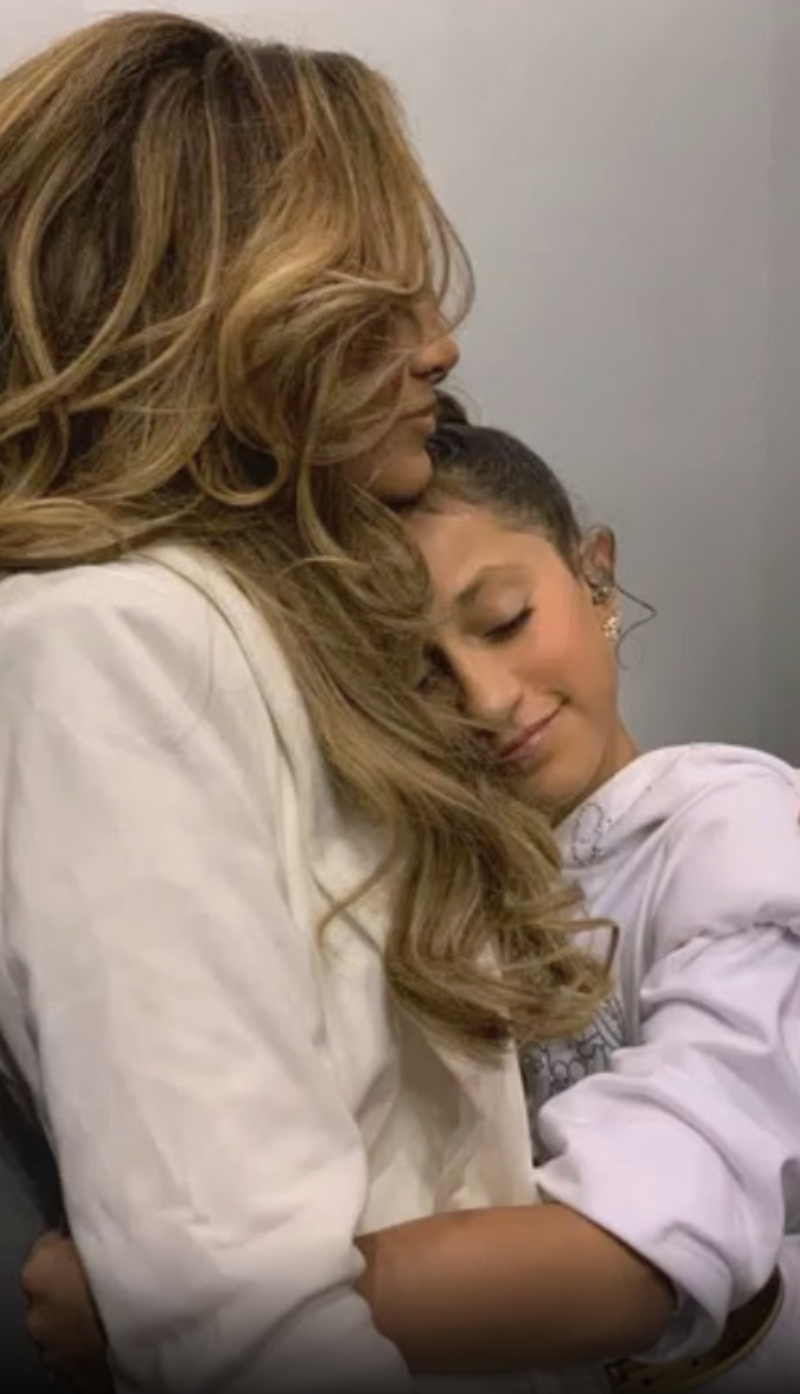 The 'Lets Get Loud' singer shared a powerful message to Instagram on Sunday after the Super Bowl halftime show at Hard Rock Stadium in Miami, Florida.

It read: “All I want my girls, the little girls on stage with me and all over the world to know is how to use their voices and be proud of everything they are.

"Other people can try to build walls, keep us out or put us in cages.

"We are proud to recognize that all of us together are what makes this beautiful country truly great."

The line about walls and cages has since been removed.

Jennifer's words were accompanied by a black-and-white video showing her and her daughter embracing each other before the start of the show.

It also showed J. Lo preparing for the halftime performance and making her entrance.

During the show, the spotlight settled on children in cages including Jennifer's 11-year-old daughter, Emme Maribel Muñiz, referencing Trump's policy of detaining children who illegally cross the border.

The lighting behind Jennifer and Esme appeared to show a wire fence most likely referencing Trump's wall. 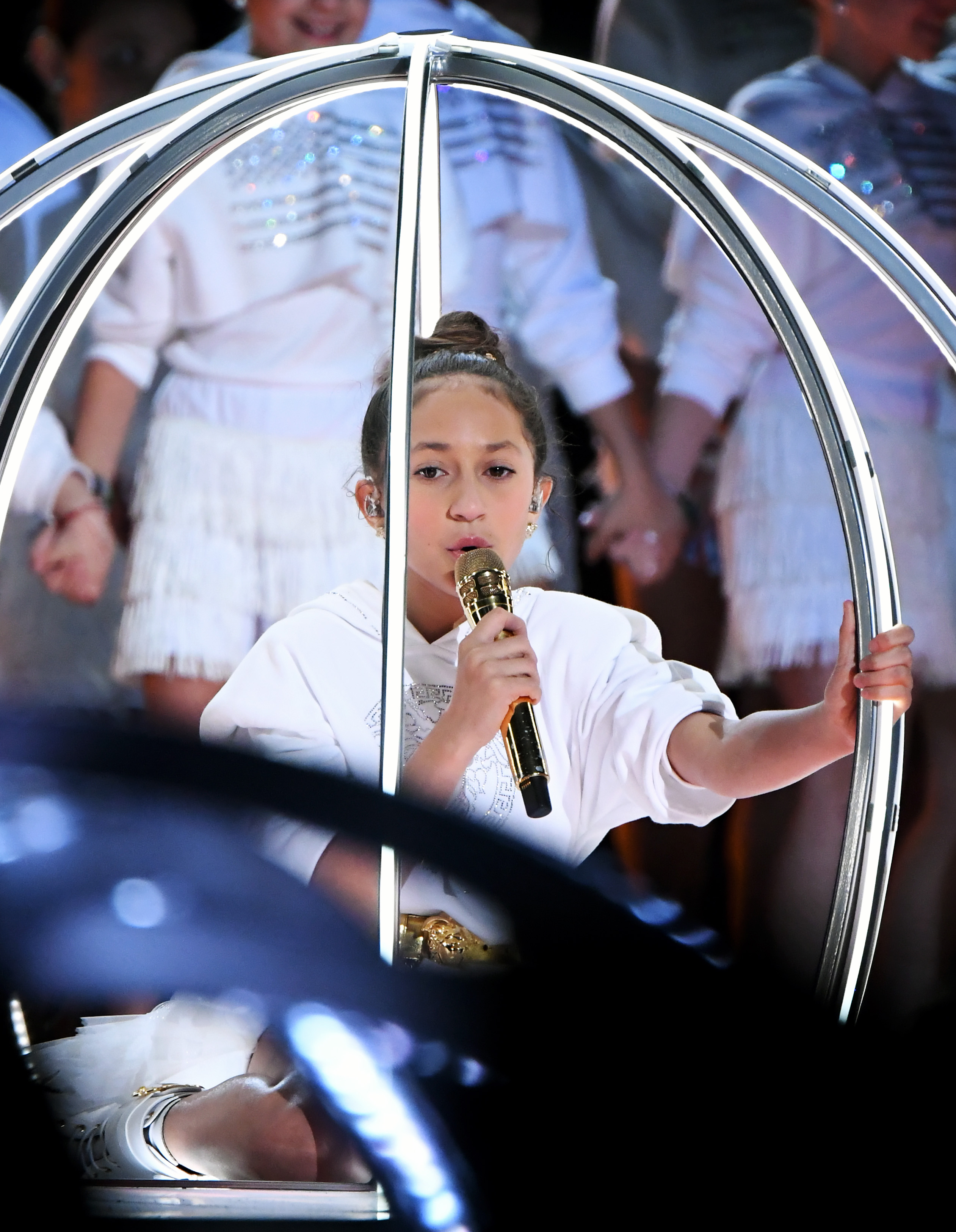 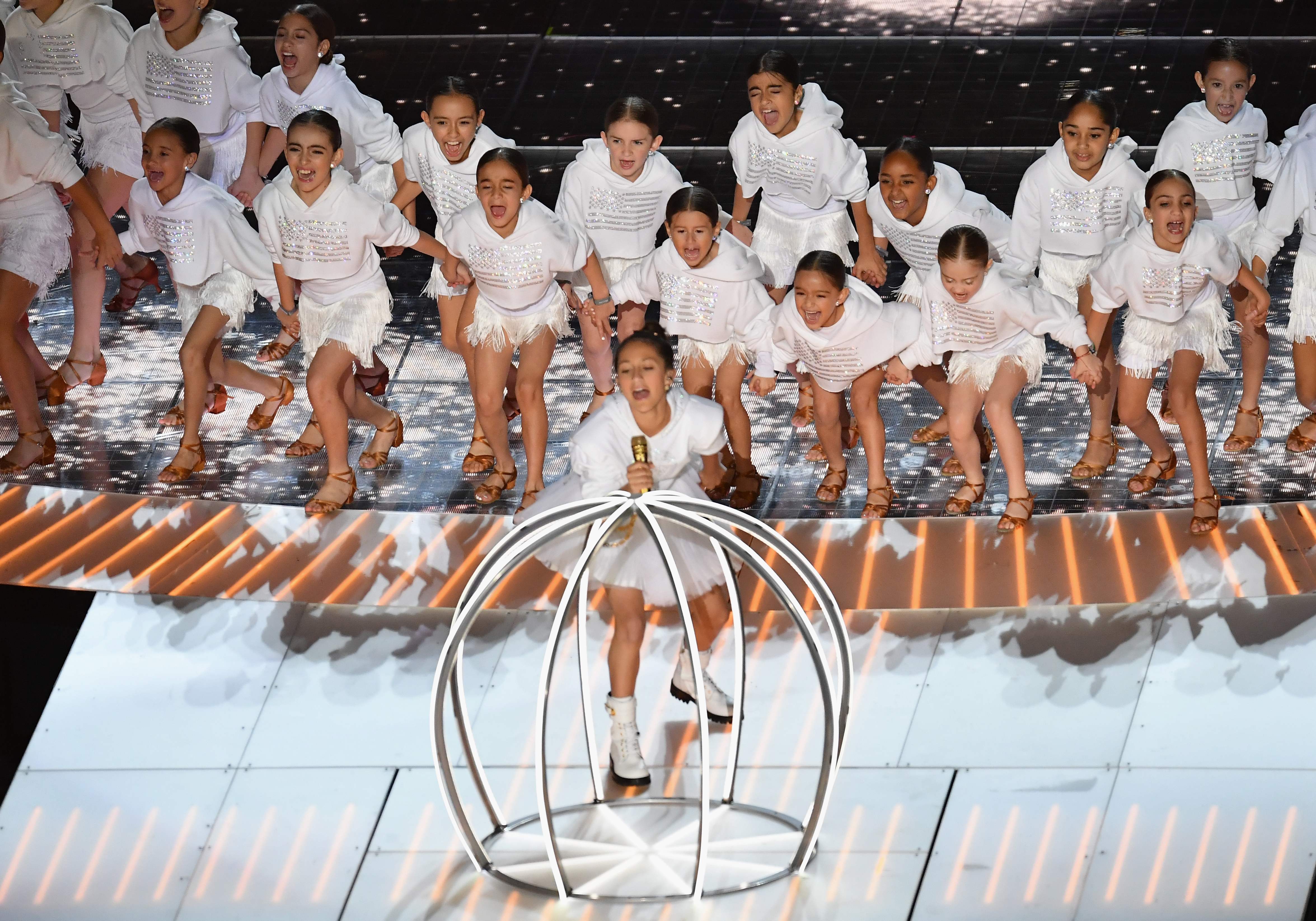 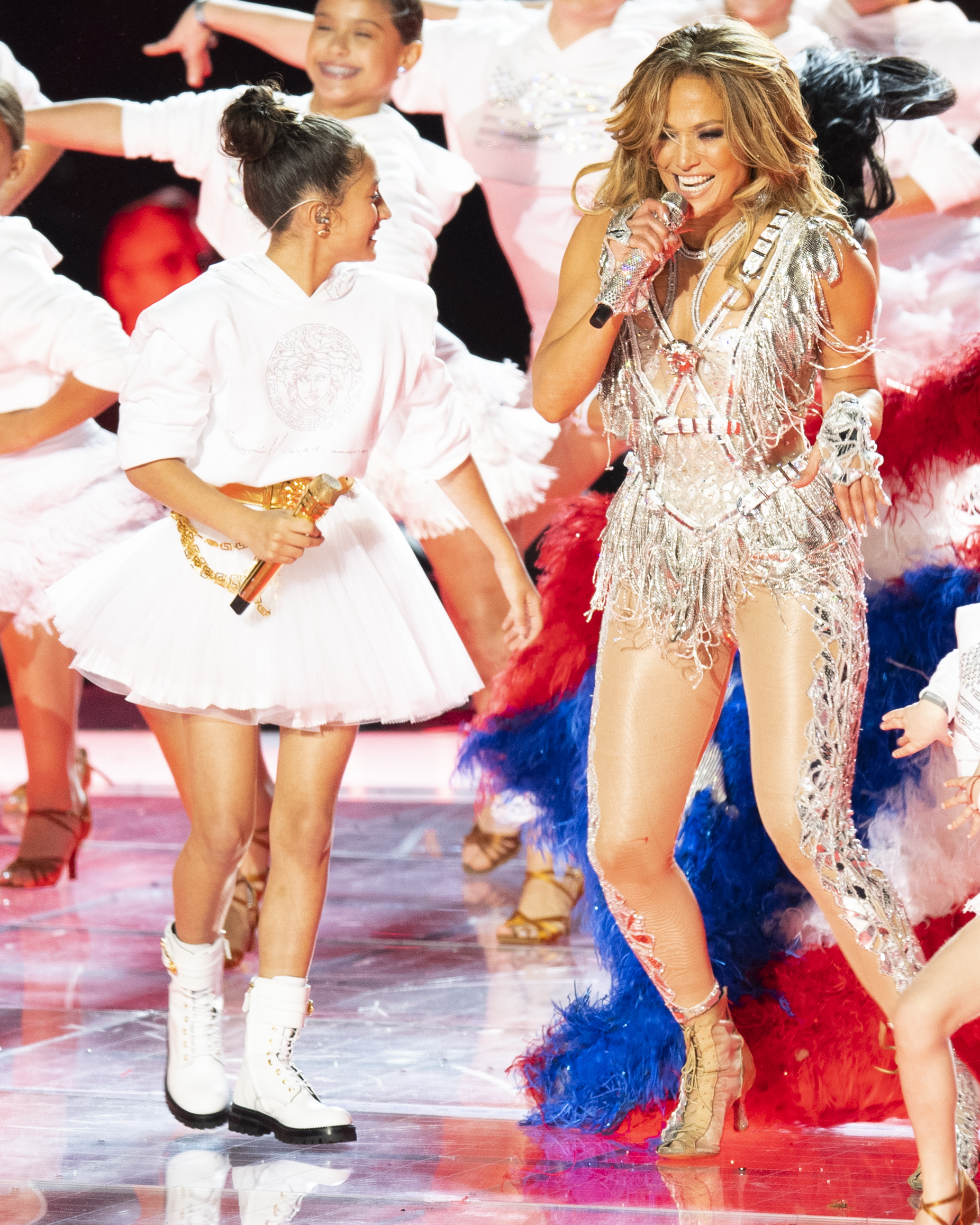 Emme sang "Let's Get Loud" as Shakira played the drums before her mom took to the stage in an enormous American flag coat with the Puerto Rican flag on the back.

J. Lo appeared to be referencing children being removed from their parents who entered the US illegally with them.

While parents or guardians were prosecuted and held in jails, kids were supervised by the US Department of Health and Human Services.

It emerged these displaced children weren't being reunited with their parents.

Children were held in "jail like facilities," according to Human Rights Watch.

Accounts suggest a lack of supervision and inadequate hygiene facilities.

The "zero tolerance" approach was terminated in June 2018 after it was adopted across the entire US-Mexico border that April.

But hundreds of kids have still been separated from their moms and dads regardless, official reports say.

In July 2019, the House Committee on Oversight and Reform confirmed 700 children were ripped from their parents since the policy ended.

J. Lo acknowledged when she took to the stage surrounded by children in dome-shaped cages.

"If you're going to describe me, I guess, that's what it is. So, all of those things will be part of the performance for sure." 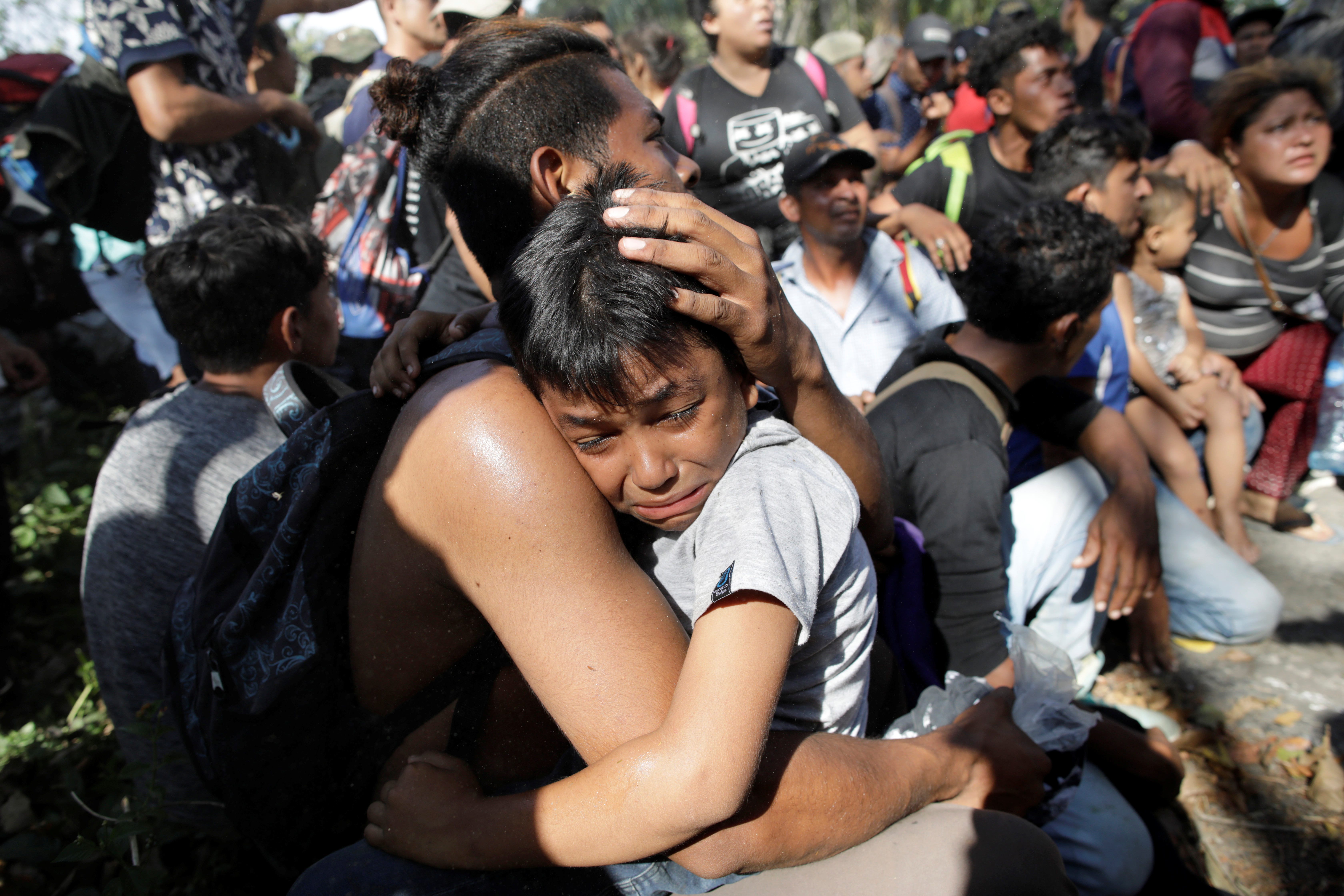