Theresa May was fighting for her political life last night after Boris Johnson accused her of killing Brexit.

He used his shock resignation as foreign secretary to declare war on her Chequers plan for leaving the EU. Warning that the UK was heading for colonial status, he said the Brexit dream was ‘dying – suffocated by self-doubt’.

He claimed Mrs May was sending negotiators ‘into battle with the white flags fluttering above them’ and surrendering control to Brussels. Following a chaotic day of resignations and rumours, Downing Street is now braced for a potential leadership challenge. Sources insisted the Prime Minister would stand and fight for the national interest while her allies derided Mr Johnson, saying he offered no solutions on Brexit.

In a reference to his decision to resign only after David Davis had quit as Brexit Secretary on Sunday night, one said: ‘There’s not much honour in being second over the top.’

But, in a significant intervention, Jacob Rees-Mogg last night backed Mr Johnson, saying he would make a ‘brilliant’ prime minister. 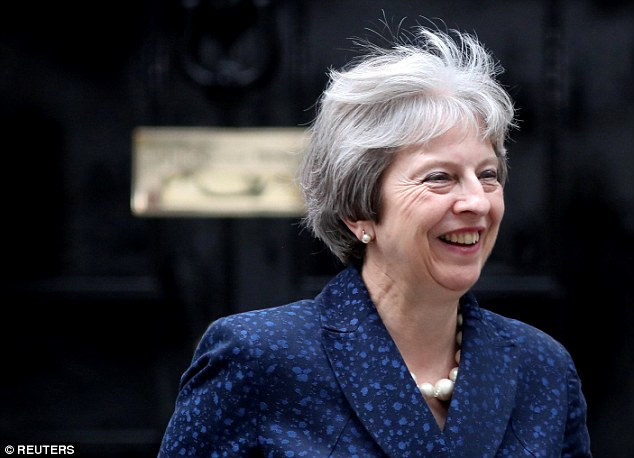 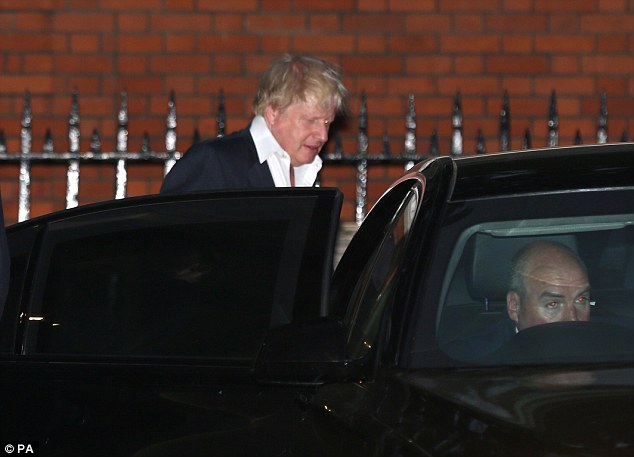 More than 80 MPs attended a meeting of the pro-Brexit European Research Group, which Mr Rees-Mogg leads, in order to attack Mrs May’s Chequers plan. ‘This has got to be killed and it’s got to be killed before recess [in two weeks’ time],’ said one attendee.

Another Eurosceptic confirmed MPs were writing to the Tory 1922 Committee backbench group to trigger a no- confidence motion.

One said: ‘It’s over now. She’s done. It would be good if it were done quickly. I want to know who will be standing against her. We need to establish a new government because this offer is indefensible’.

One MP told the 1922 Committee that Mrs May had orchestrated a ‘Remain coup’ at Chequers on Friday. All four ‘great offices of state’ are now held by those who campaigned for Remain.

Friends of Mr Johnson, whose aide Conor Burns also resigned, were tight-lipped last night about his next move. But his resignation letter offered no support for Mrs May and, unlike Mr Davis, he did not urge MPs to back her.

Home Secretary Sajid Javid was among those to praise Mr Johnson yesterday, saying he would miss his ‘Reaganesque optimism and passion for global Britain’. On a day of turmoil at Westminster:

In the Commons yesterday Mrs May paid tribute to both Mr Davis and Mr Johnson, who she said had displayed ‘passion’ for the Brexit cause. But in her reply to Mr Johnson’s attack last night, the PM noted that he had initially backed the plan at Chequers last week, reportedly choosing to toast her success with champagne.

Mrs May said she was ‘sorry – and a little surprised’ to receive his resignation ‘after the productive discussion we had at Chequers’.

One of her allies said: ‘For all the flowery language in his letter, what is conspicuous by its absence is anything resembling an alternative plan.

‘He moans about all these things but there is no sense of how he might achieve a different outcome. That is the difference.’ 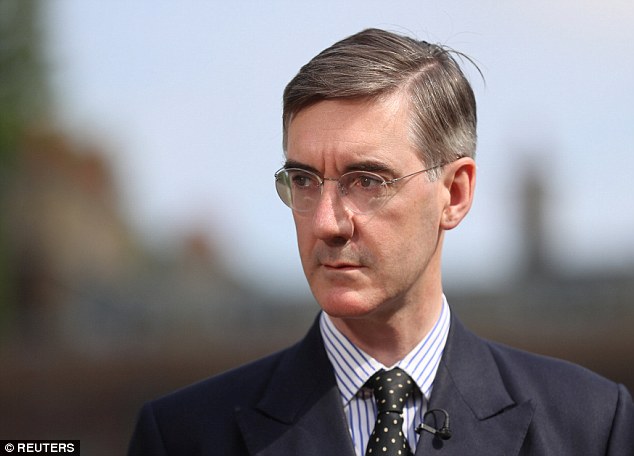 Addressing the 1922 Committee, the Prime Minister acknowledged the controversy the Chequers deal had caused, but told MPs: ‘To lead is to decide.’ Outside the meeting, her supporters claimed she was in a better position following the resignations.

Both parliamentary private secretaries, they said they were stepping down because of their concern over the direction of Brexit negotiations.

Conor Burns, who was Boris Johnson’s PPS at the Foreign Office, also announced his resignation.

Although the role of a PPS is often described as a ministerial ‘bag carrier’, it shows the growing discontent within the Conservative Party and heightens speculation of a challenge to Theresa May’s leadership.

An official contest can be triggered if 15 per cent of Conservative MPs write to the party’s backbench 1922 Committee saying they have lost confidence in the Prime Minister, which equates to 48 MPs.

They would have to notify committee chairman Graham Brady, who would hold a no-confidence vote. Should the Prime Minister lose, he would announce the start of a leadership contest and invite nominations.

If there is just one candidate, they automatically become leader. If there is more than two, Tory MPs would whittle down the candidates to two who would face a vote among the membership of the whole party.

‘She is strengthened by all of this – it helps her,’ said Solicitor General Robert Buckland. ‘She has made decisions and the consequences are that some people feel they cannot be bound by collective responsibility, respect to them for resigning, but she has shown leadership.

‘This idea she is some sort of vacillator who cannot make her mind up and wants to keep everybody in the tent – no – she is showing leadership.’

Tory MP James Heappey said there was ‘huge support’ for Mrs May at the 1922 Committee. He said Brexiteers seeking to depose her ‘can do their worst, but it won’t be enough’.

In the Commons pro-Remain Tories, including Anna Soubry and Nicky Morgan, backed Mrs May. But the Prime Minister faced direct challenges from a string of Eurosceptic Tories.

Mr Rees-Mogg said her Brexit promises ‘have been watered down to the point that we are, or would be, in a semi-suspended state of membership of the European Union’.

He said the Cabinet resignations ‘really undermine the credibility of what was agreed at Chequers’.

Andrea Jenkyns, who quit the government to speak out on Brexit last month, said she would be writing a letter of no-confidence in Mrs May.

She said Mrs May’s premiership ‘is over… there’s a feeling we need a PM who believes in Brexit’.

Senior Conservative Sir Bernard Jenkin warned there had been a ‘massive haemorrhage of trust’ as a result of the direction the PM was taking and said it ‘may well come’ to a vote over her leadership.

In the Commons, Peter Bone accused Mrs May of betrayal. Mr Bone, who faced cries of ‘shame’, told the PM that activists in his Wellingborough constituency were questioning why they were still campaigning for the party.

Mrs May replied: ‘This is not a betrayal. We will end free movement. We will end the jurisdiction of the European Court of Justice.

‘We will stop sending vast sums of money to the European Union every year.’