The celebrity chef asked his followers to hit him up with their best loved most important meal of the day. 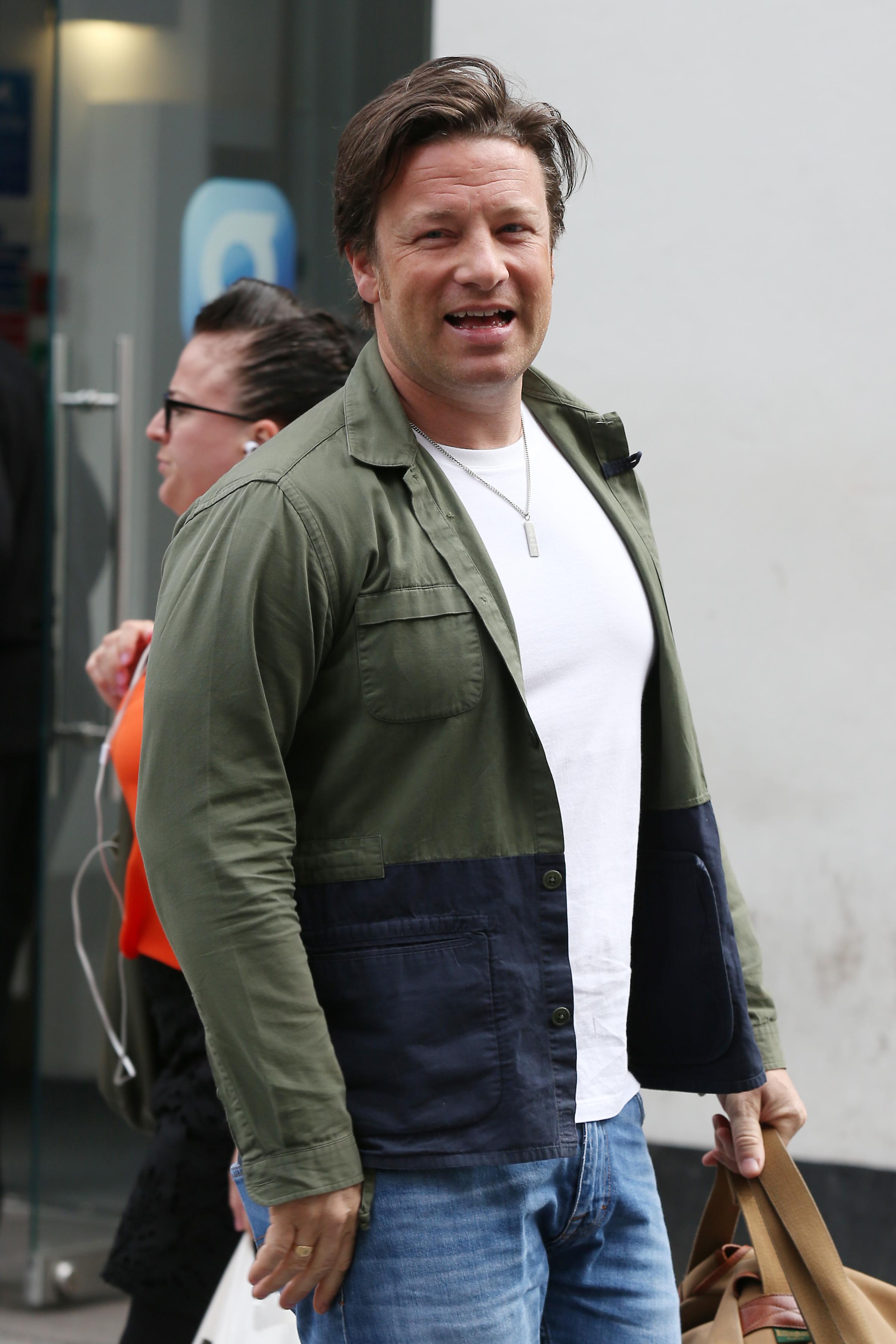 While some of his fans shared healthy options others piled in with alternatives such as leftover kebabs, Irn Bru and a selection of deep-fried treats.

The tweet comes in a week where the chef has hit the headlines for calling on MPs to ban Tony the Tiger from Frosties packs.

Typical responses from his more earnest fans included "poached eggs on an English muffin – if it's a weekend I'll add smoked salmon and homemade hollandaise sauce".

But one simply retorted: “Not telling you’ll get it banned you bastard.” 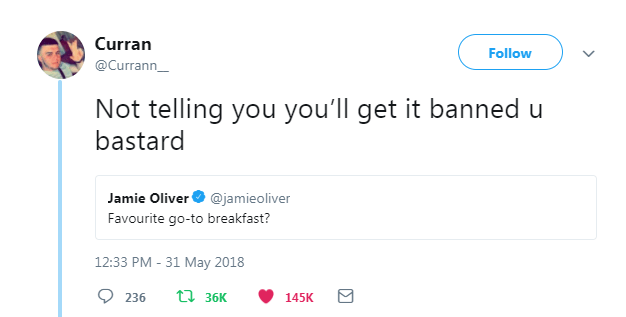 Weller_is_god replied: “Two packets of Space Raiders stuffed into a McGee's well-fired roll and a can of Irn Bru. Breakfast of champions.”

Fergus Gordon commented: “Fried bacon, fried egg, fried Lorne all between two slices of fried bread. You should try it. Sets you up nicely for the day.” 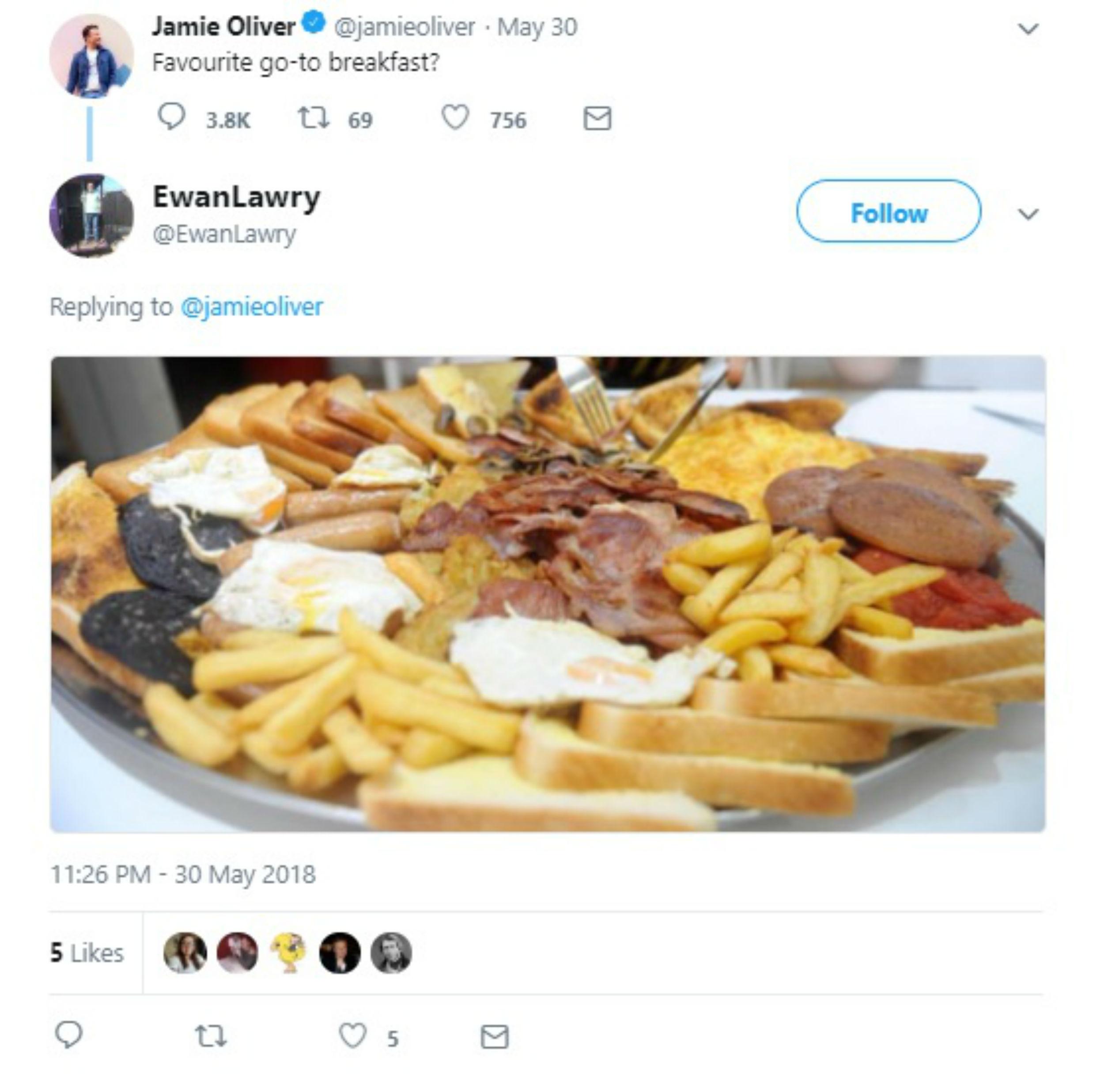 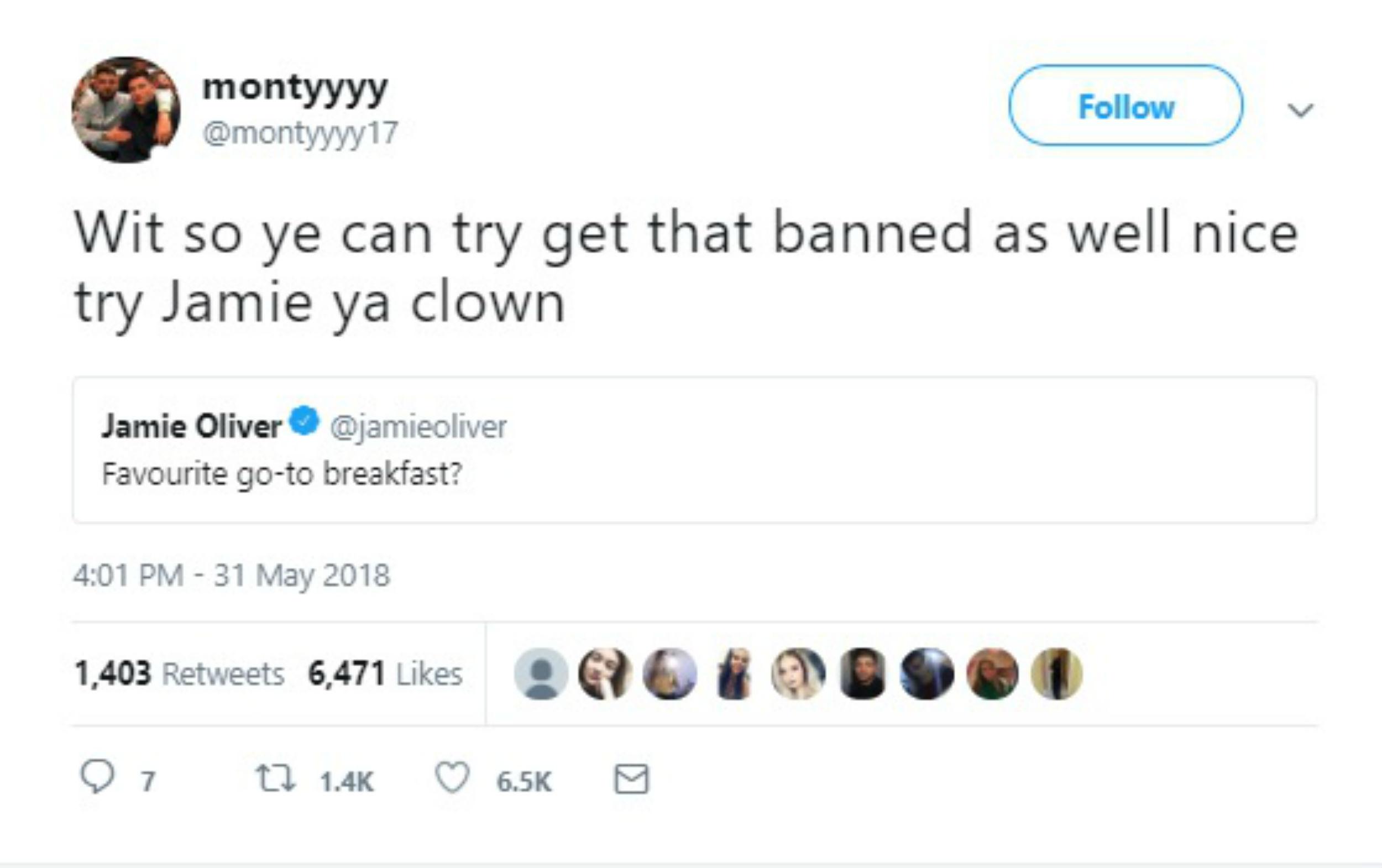 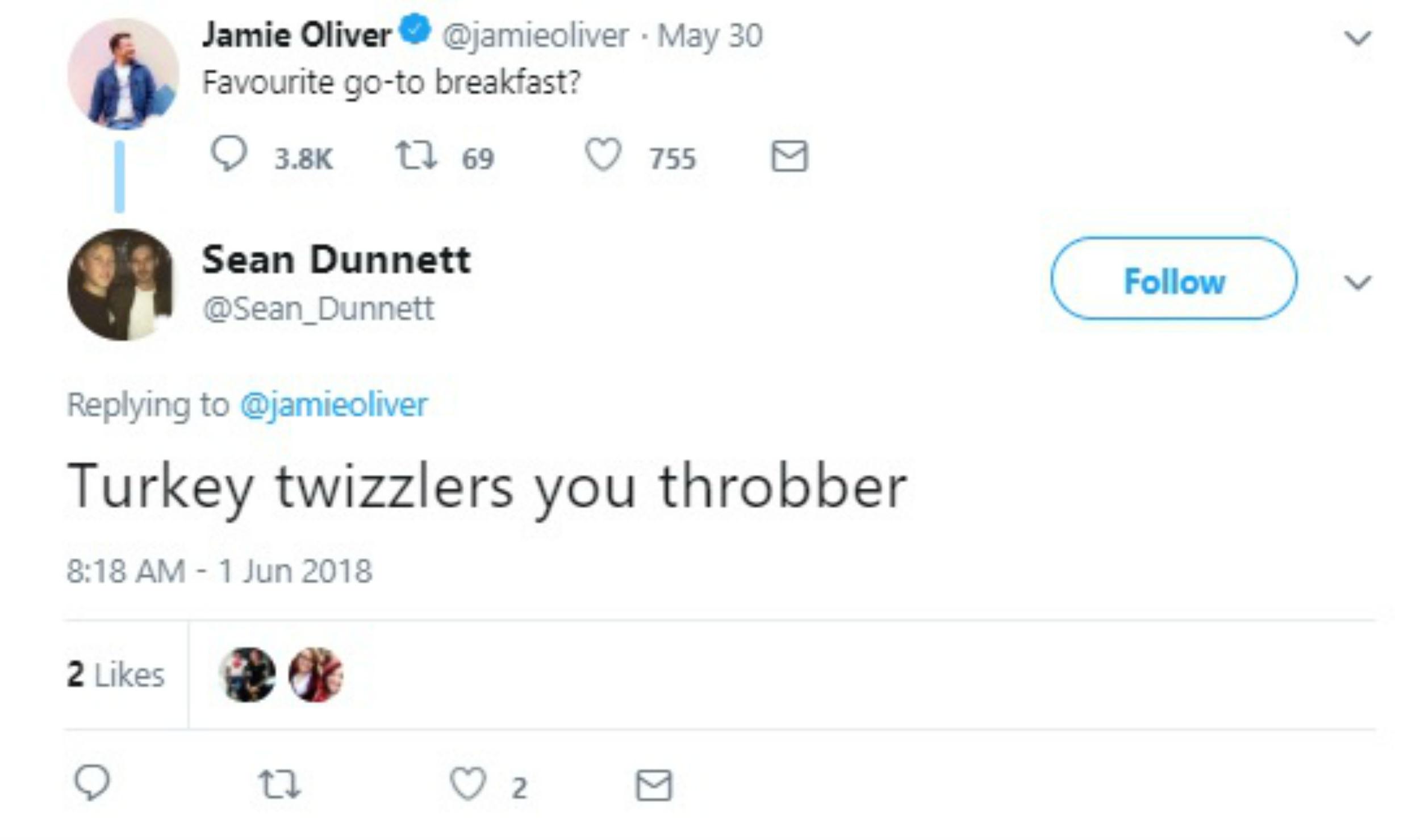 KeefJackass#2# joked: “The scraps left of the two kebabs I bought last night washed down with my stocked full sugar Irn Bru. Delicious.”

AinsterHibs upped the ante with: “Large chicken kebab, all the salads. Chilli and salad dressing, four lagers, four JD’s and coke, a bag of speed, two grams of coke and a big fat joint to smoke it down with.”

While Sean Dunnet, clearly still furious after the chef had Turkey Twizzlers banned from school lunches in 2005, wrote: “Turkey twizzlers you throbber.”

Tam McGeachan made a try at sophistication with: “Half bottle of Buckie with a sprinkling of couscous.”

While others hit out at the chef for his campaign against healthy eating.

Montyyyy asked: “Wit so ye can try get that banned as well? Nice try Jamie ya clown.”