The meteorological agency has issued the warning to residents of Kyushu following threats of landslides and floods. The warning has been issued to the southern island after it suffered record levels of rain today.

Such has been the vast amount of rainfall that it has threatened to cause landslides, floods and other natural disasters.

One man has already been killed after his car was washed away in the Saga district.

Around 240,000 residents have been evacuated in the surrounding areas. 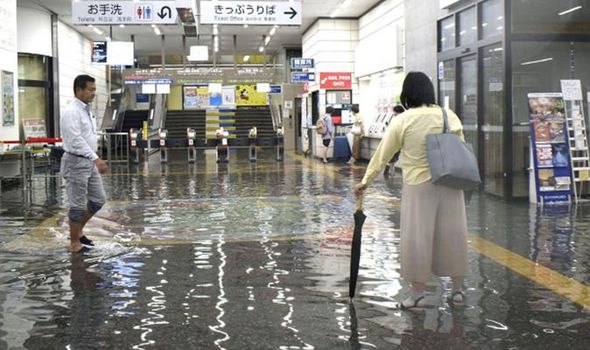