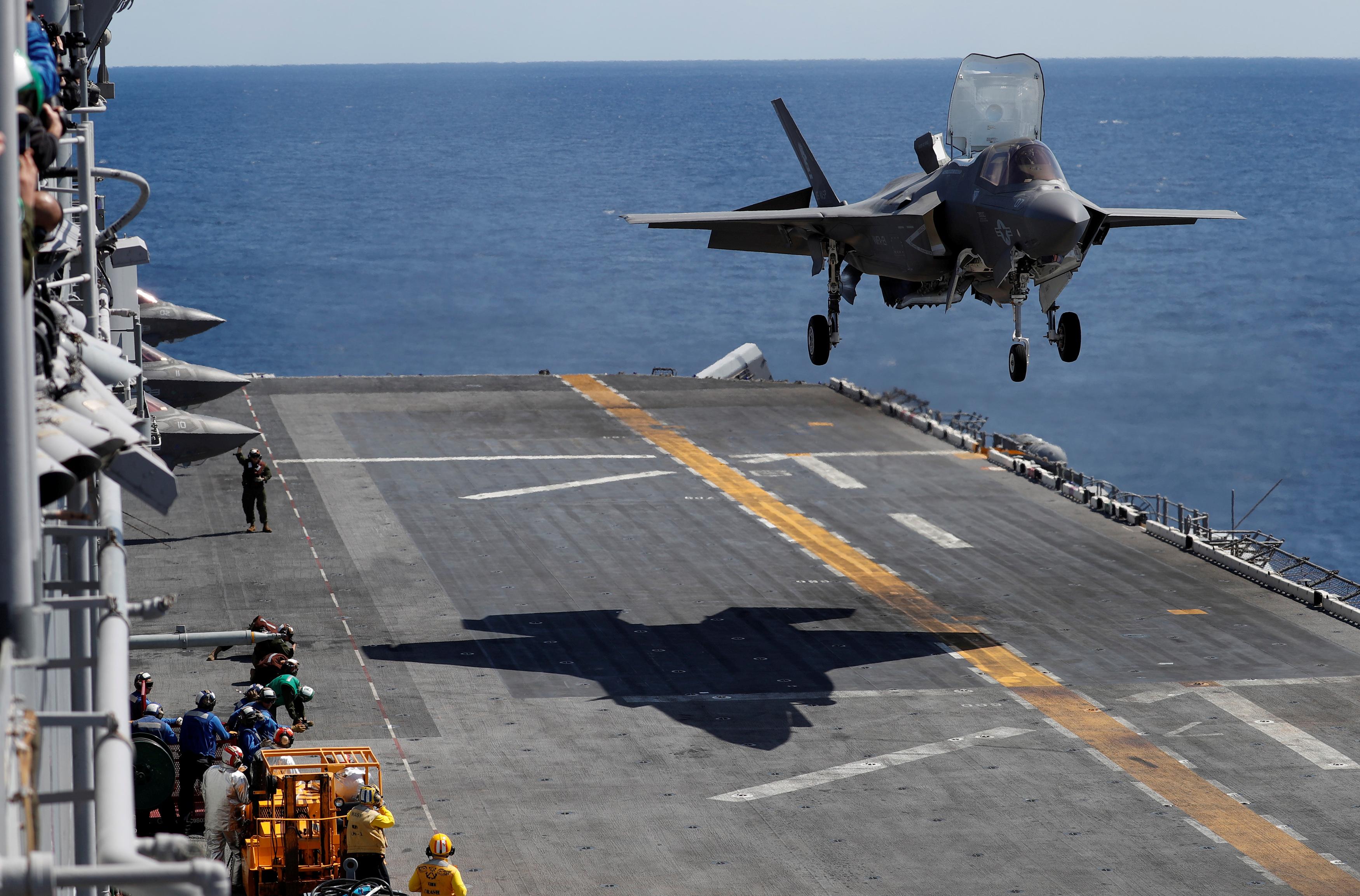 The plans are the clearest indication yet of Japan’s ambition to become a regional power as a military build-up by China and a resurgent Russia puts pressure on its U.S. ally.

“The United States remains the world’s most powerful nation, but national rivalries are surfacing and we recognize the importance of the strategic competition with both China and Russia as they challenge the regional order,” said a 10-year defense program outline approved by Prime Minister Shinzo Abe’s government on Tuesday.

The United States, followed by China, North Korea and Russia, are the countries that most influenced Japan’s latest military thinking, the paper said.

China, the world’s second biggest economy, is deploying more ships and aircraft to patrol waters near Japan, while North Korea has yet to fulfill a pledge to dismantle its nuclear and missile programs.

Russia, which continues to probe Japanese air defenses, said on Monday it had built new barracks for troops on a northern island it captured from Japan at the end of World War Two.

Japan plans to buy 45 Lockheed Martin Corp F-35 stealth fighters, worth about $4 billion, in addition to the 42 jets already on order, according to a separate five-year procurement plan approved on Tuesday.

The new planes will include 18 short take off and vertical landing (STOVL) B variants of the F-35 that planners want to deploy on Japanese islands along the edge of the East China Sea.

The islands are part of a chain stretching past Taiwan and down to the Philippines that has marked the limit of Chinese military dominance east of the disputed South China Sea.

The navy’s two large helicopter carriers, the Izumo and Kaga, will be modified to accommodate F-35B operations, the paper said.

The 248-metre (814 ft) long Izumo-class ships are as big as any of Japan’s aircraft carriers in World War Two.

The ships will need reinforced decks to withstand the heat blast from F-35 engines and could be fitted with ramps to aid short take-offs, two defense ministry officials told Reuters.

The new F-35 order may also help Japan avert a trade war with the United States.

U.S. President Donald Trump, who has threatened to impose tariffs on Japanese car imports, thanked Abe for buying the F-35s when the two met at a summit in Argentina this month.

Japan plans to spend 25.5 trillion yen ($224.7 billion) on military equipment over the next five years, 6.4 percent higher than the previous five-year plan. Cost-cutting will free up another 2 trillion yen for purchases, the procurement paper said.

Japan only spends about 1 percent of its gross domestic product (GDP) on defense, but the size of its economy means it already has one of the world’s largest militaries.

“The budget is increasing and there has been an acceleration to deploy capability as soon as possible,” Robert Morrissey, head of Raytheon Co’s unit in Japan, said this month. 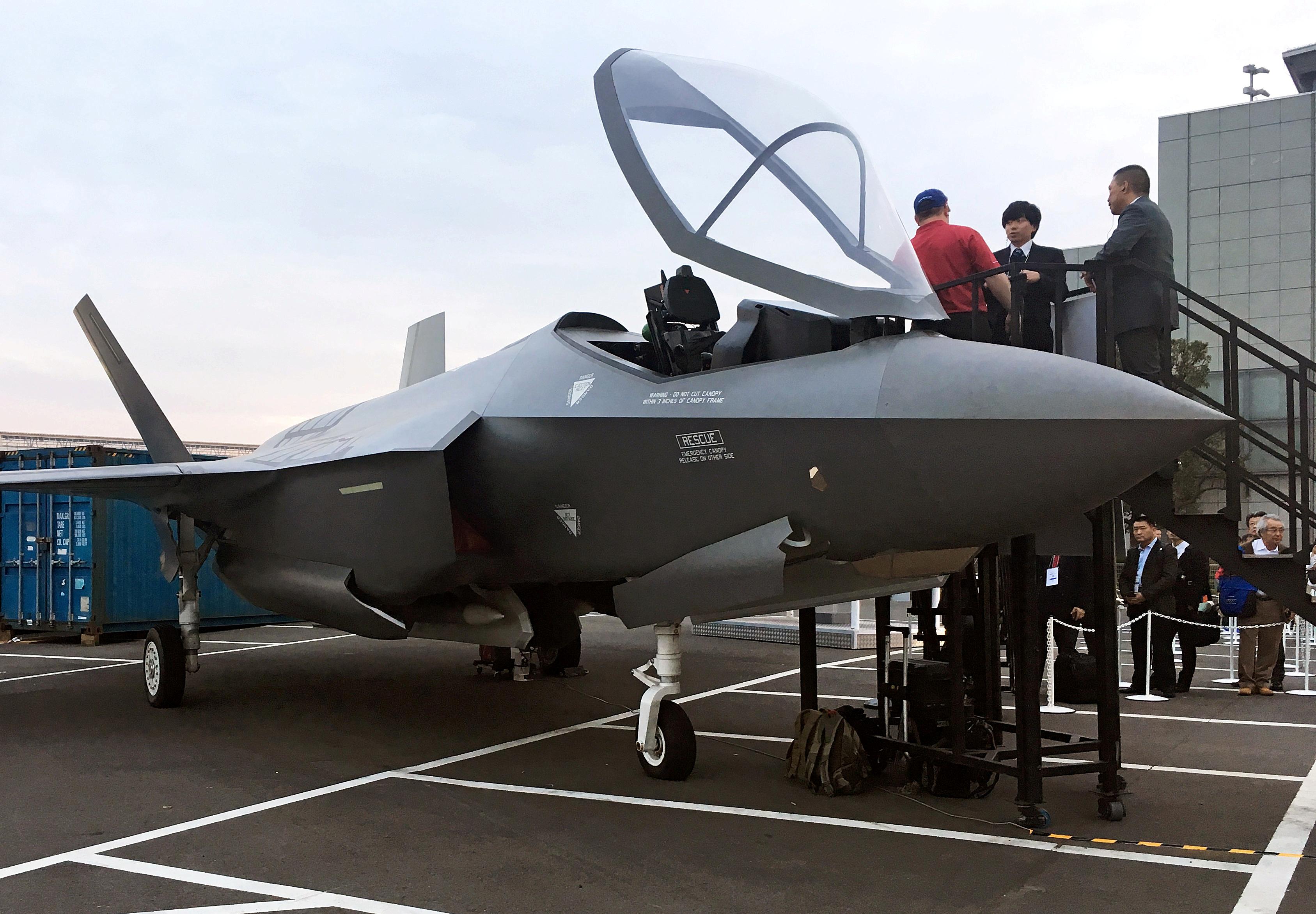 Japan’s air force will also get its first space unit to help keep tabs on potential adversaries high above the Earth’s atmosphere.