At a military parade to mark the 70th anniversary of the founding of the People’s Republic of China last month, four new missile systems were unveiled.

These included hypersonic weapons that Japan fears could be used to strike its land targets and warships.

Speaking to the Financial Times, Taro Kono expressed his fears over the new ballistic and hypersonic cruise missiles.

He said: “China’s budget, doctrine, weapon systems, the whereabouts of their weapon systems and their organisation are not transparent.

“We have been urging them to explain, but we really haven’t seen an improvement in their transparency.

“So, these new weapons simply add to the global anxiety”. 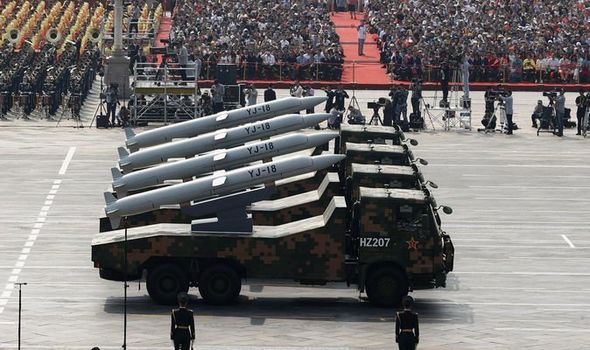 The national day parade took place amid rising tensions in the region, with many of China’s neighbours troubled over its invasive military activity in the contested waters of the South China Sea.

The South China Sea is hotly contested because of its lucrative shipping lanes, capacity for military strategic advantages and wealth of natural resources such as oil and minerals.

The US and its allies are wrestling with Beijing for control of the region, with experts fearing an arms race sparking between the two superpowers.

Earlier this week a US Pacific Fleet commander said China had been warned against “continued bullying” of its neighbouring regions.

He claimed Beijing “challenges and threatens all the nations in the region’. 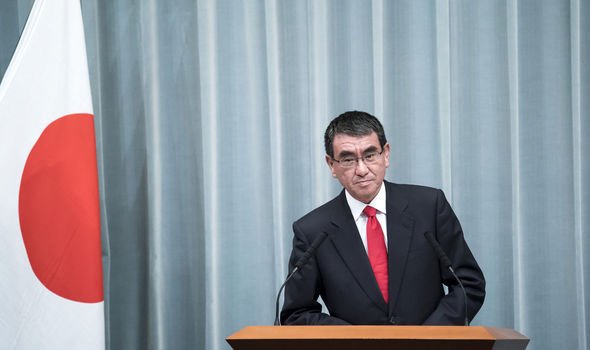 Mr Kono said there were no discussions about hosting US missiles on Japanese soil, and the deployment of nuclear weapons was “inconceivable”.

“The US doesn’t have non-nuclear missiles that can be deployed yet. We have not been discussing any of it.

He added: “I think the whole world needs to push China into it.” 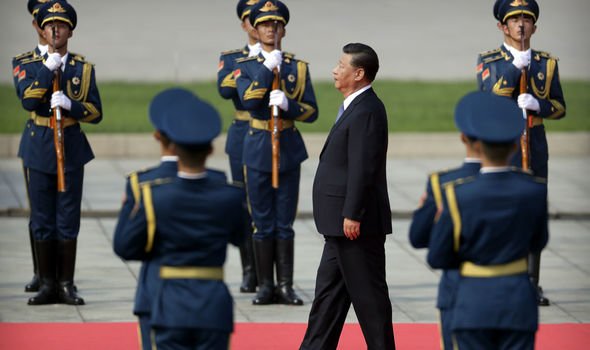 Britain will be teaming up with the US and Holland in a bold South China sea mission in 2021.

A new aircraft carrier, HMS Queen Elizabeth – or Big Lizzie – will replace a US carrier on the tour as part of a joint US-Dutch-UK naval mission to the waters.