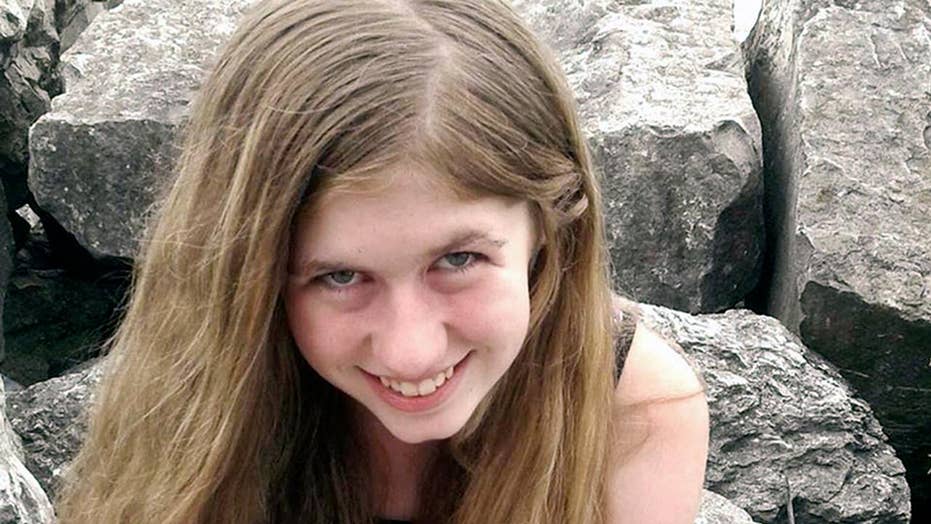 Authorities are still searching for the missing Wisconsin teenager and encourage anyone with information to come forward.

Investigators are now offering a $25,000 reward to those with information leading to the location of Jayme Closs, the 13-year-old Wisconsin girl who disappeared last week.

Closs disappeared on Oct. 15 after her parents — James Closs, 56, and Denise Closs, 46 — were found dead in their Barron County home.

The sheriff's department received a 911 call at 12:58 a.m. that day from an unknown person. The caller didn’t communicate with police, but noises heard in the background suggested a disturbance or struggle of some kind.

Barron County Sheriff Chris Fitzgerald reiterated at a news conference Wednesday that the search for Closs remains active. He said authorities have received more than 1,550 tips regarding her disappearance and have closed 1,250.

Around 2,000 volunteers on Tuesday searched for Closs near the family's home. Fitzgerald said Wednesday that nothing of "evidentiary value" was uncovered in the search and that officials are still reviewing the area. As of Wednesday's presser, no further searches will be conducted.

The sheriff asked that anyone who was on Highway 8 on Oct. 15 between 12:30 a.m. and 1:30 a.m. call their tip line to possibly assist in the investigation.

Closs' aunt, Jennifer Smith, thanked the community at the press conference "for their continued love and support" and said that "not a moment goes by" that they're not thinking of the missing girl.

"Your family and friends miss you so much — your sparkling eyes, your bright smile, your soft little giggles,” Smith said. “Your dog Molly is waiting for you. She’s sleeping in one of your sweatshirts — and will only eat chicken. Grandpa needs new artwork on his fridge. Aunt Susie wants to go jogging in the park with you — and I want that girls shopping date we planned. I even brought your favorite iced coffee with me today.”

While there are no suspects thus far in the case, investigators on Monday revealed they believe two vehicles — a red or orange Dodge Challenger made between the years 2008 and 2014, or another vehicle, either a Black Ford Edge, made between 2006 and 2010, or a Black Acura MDX made between 2004 to 2010 — are linked to the incident.

Those with information on Closs' disappearance or whereabouts are encouraged to contact the Barron County Sheriff's Office tip line at 715-537-3106.