Jealous ‘Jekyll and Hyde’ thug, 30, who doused his 17-year-old girlfriend in lighter fluid and threatened to set her on fire is jailed for three years

An abusive boyfriend branded a real life ‘Jekyll and Hyde’ has been jailed for biting his teenage lover’s nose and dousing her in lighter fluid.

William, also known as Billy, Walsh, 30, had been with his 17-year-old girlfriend for a year when he subjected her to the horrific attack.

He had been growing jealous of her growing friendship with another man and snapped when she admitted going to Blackpool to meet up with him, his trial heard.

In December last year he attacked her and it was only when the victim, who cannot be named for legal reasons, went to the police that their relationship ended. 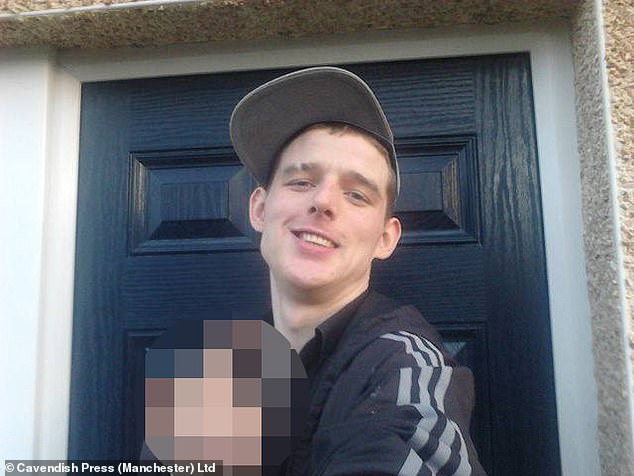 William, also known as Billy, Walsh, 30, of Rochdale (pictured) had been with his 17-year-old girlfriend for a year when he subjected her to a horrific attack. He was jailed for three years

The court heard how the victim has since been in touch with Walsh while he has been remanded in custody following his arrest.

Sentencing Walsh, Judge Bernadette Baxter said: ‘You are 30, and you have a poor record of offences including violence.

‘You began a relationship when you were 30 with a much younger girl who was aged 17 and you knew her to be young and vulnerable as she was in care.

‘However this began to deteriorate and you behaved in a controlling way and became violent towards her repeatedly.

‘You behaved in a controlling and coercive way towards her because you were jealous.

‘That behaviour included violence such as striking her, pulling her hair, hitting her and on one specific indecent you repeatedly assaulted her causing her actual bodily harm by striking her, slapping, hitting and punching her. 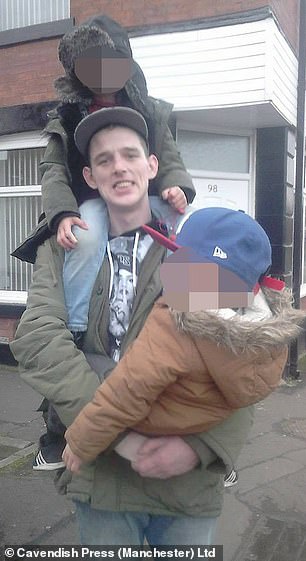 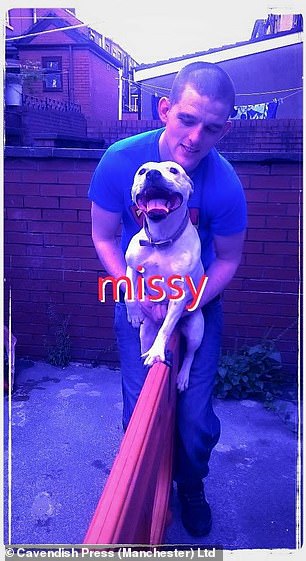 ‘In one sustained assault over a period of hours, you bit her nose, poured a drink over her, strangled her, hit her and doused her in lighter fuel and threatened to set her alight.

‘This occurred over a period of hours and one can only imagine this must have been a terrifying ordeal for her.

‘She managed to gain the courage to call the police but she has since got in contact with you. It is clear she was particularly vulnerable.’

In mitigation, Walsh’s lawyer Patrick Williamson said: ‘He has had a difficult upbringing and is a young man who had little in the way of training his ability to firm relationships with others, it’s been something that’s been wholly absent in his life.

‘Relationships do affect his behaviour but this relationship started off in a perfectly promising way.

‘Some months later that relationship began to go wrong. 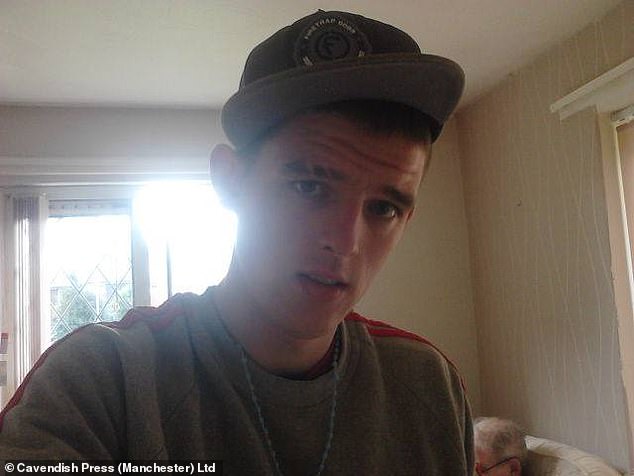 In December last year Walsh (pictured) attacked his girlfriend and it was only when the victim, who cannot be named for legal reasons, went to the police that their relationship ended

‘As a result, a friend of the defendants began talking to the victim and unfortunately the victim decided she needed to get away from the defendant for a few weeks and she went to Blackpool where this friend was staying.

‘There was a degree of suspicion and his friend did nothing to dispel his concerns.

The relationship steadily deteriorated. She’s a young woman and unfortunately told him admissions thinking it would bring matters to a close. Given his personality, he believed that something had gone on.

‘The victim describes a Jekyll and Hyde personality where he would become physically and mentally abusive.

‘But although the relationship gas come to an end she has still been in contact with the defendant through letter during his remand.

‘There is a risk of further harm. The psychology report has described him as a volatile person and extremely immature when faced with difficulties.

‘The defendant must go to custody for some period of time. There was a degree of coercion and control.’