‘My name’s Paul, and you’re a d**k!’: Jeremy Vine accuses Bentley driver of being the ‘Ronnie Pickering of Kensington’ after motorist hit back when challenged by cycling BBC star

Jeremy Vine shamed a motorist over what he claims is ‘dangerous driving’ – branding him the ‘Ronnie Pickering of Kensington’ after the driver declared him ‘a d**k’.

Keen cyclist and BBC star Vine, 57, yesterday posted footage from a camera he attaches to his helmet to his 785,000 Twitter followers.

The video, taken in well-heeled Kensington, west London, shows the television presenter on his bike and a £200,000 Bentley beeping his horn behind him.

As the luxury supercar undertakes him the motor then approaches two other cyclists who are in the road.

When the traffic lights turn red, Vine trundles up towards him to confront him about his manoeuvres.

The Eggheads and Radio 2 host exclaims: ‘Oooooh, you’re quite a dangerous driver, mate.’

But the motorist does not back down and instead tells him: ‘You’re in the wrong lane, why aren’t you in that lane?’

He then points to the curbside left hand side of the road, to which Vine edits dramatic low piano notes over the footage and adds text bemoaning the lack of a cycle lane. 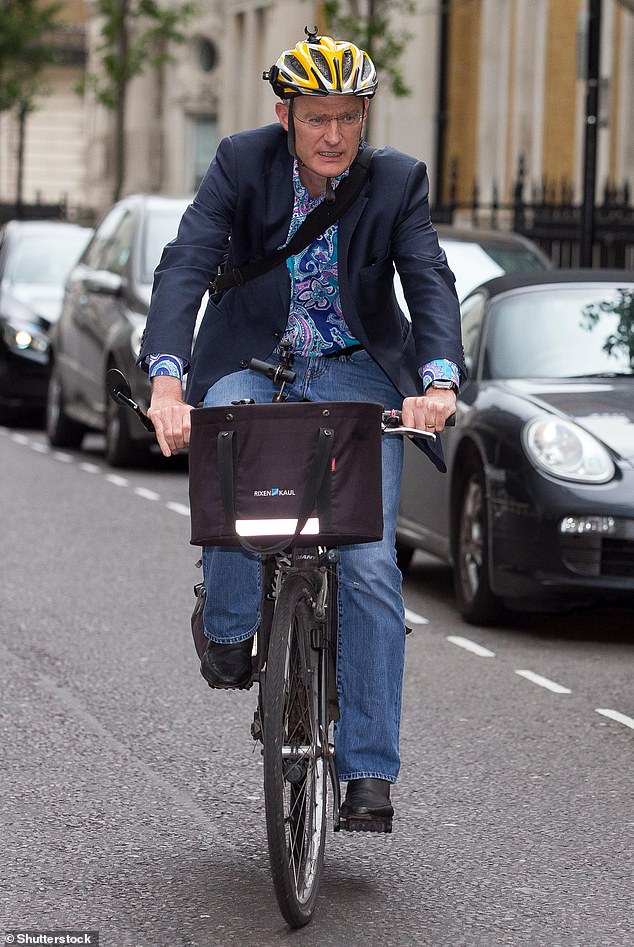 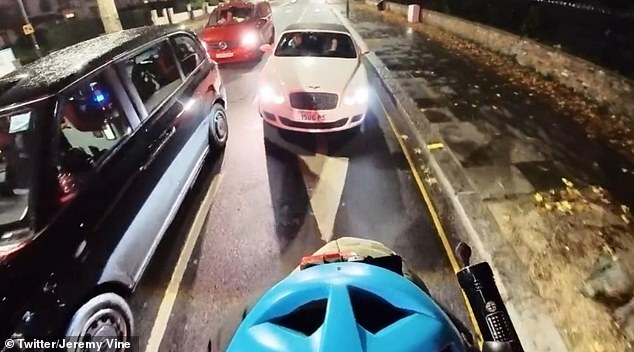 The film starts with Vine showing a £200,000 Bentley beeping his horn behind him on his bike 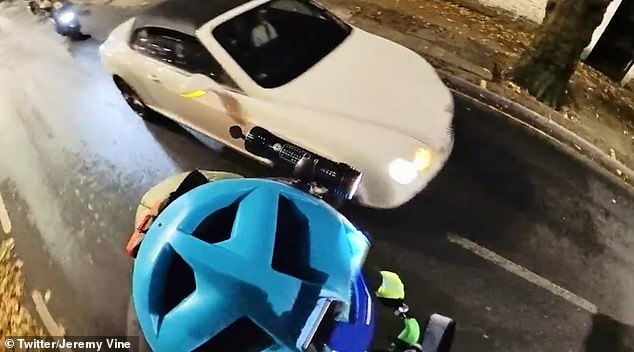 The white convertible supercar undertakes Vine, who is cycling on the right, on his bike

Vine is then heard quizzing him: ‘Why do you think you’ve got a right to go ahead of me just because you’re in a car?’

The motorist tells him ‘Because you deliberately went in front of me and in the wrong lane. Get in the bloody cycle lane. I drive how I want. You don’t own the road, believe it or not.’

By now the traffic lights have turned green and the driver casually winds his window down to give a TV news-style sign-off. 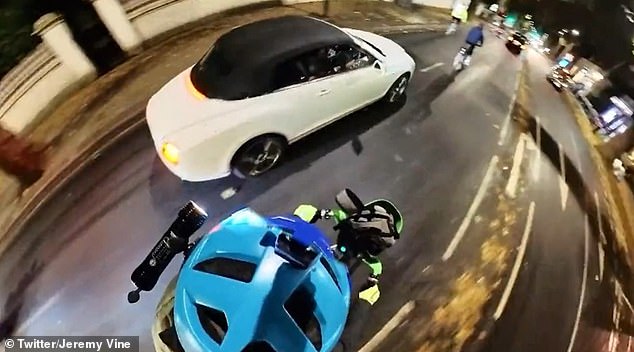 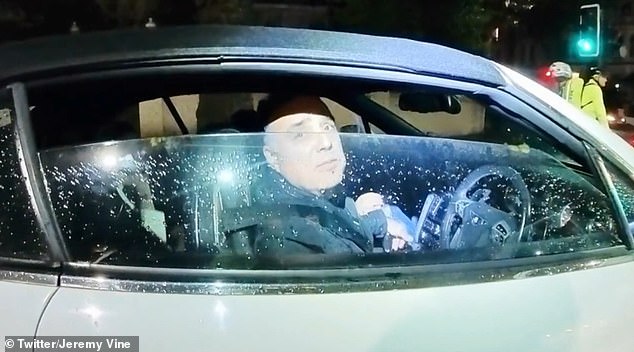 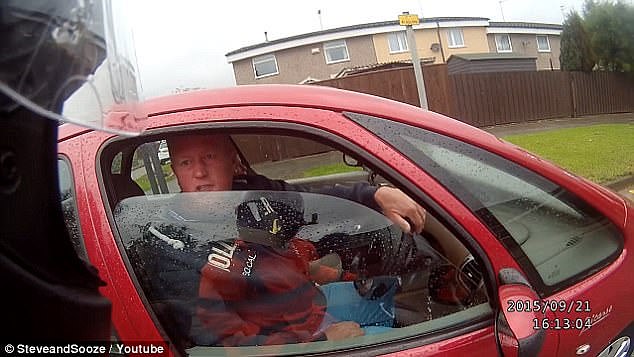 The motorist was last night likened to Ronnie Pickering by Vine, who appeared to be so incensed he created two videos of it.

Pickering became a sensation after infamously shouting ‘do you know who I am?’ at a moped rider.

The bewildered rider responded ‘who?’ after the man said he was ‘Ronnie Pickering’.

But Vine has had a mixed response to his video of the motorist.

He remarked this morning: ‘A vast number of petrosexuals are claiming the cyclist is not allowed to be in the cycle box.

‘I’m sorry I can’t reply to everyone, but a bicycle is faster than a Bentley in central London, so it’s the driver who should be in the left lane.’

Kensington ands its roads are a well-trodden battlegrounds for Vine.

In 2020 he wrote: ‘Absolute madness this morning on a stretch of High Street Kensington where there’s not yet a dedicated lane for cyclists.

‘This is the most frightening scenario on a bicycle, when the danger comes out of nowhere.’