Oxygen masks were deployed after the jet lost cabin pressure on the flight from Faro, Portugal, to Leeds Bradford Airport on Friday. 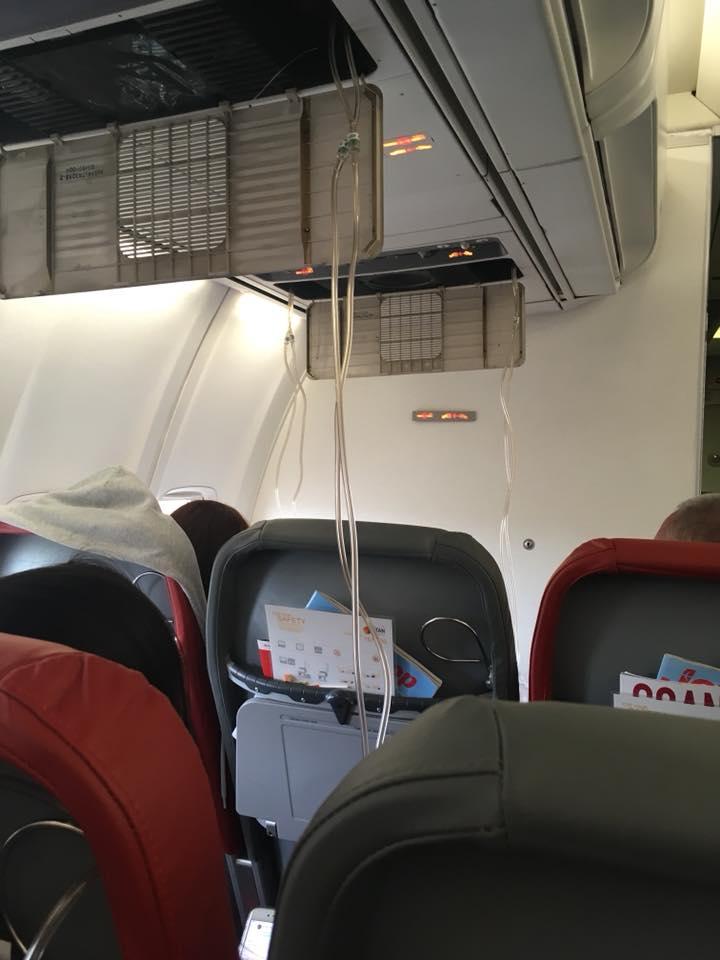 Traumatised travellers were given medical treatment after the jet landed safely in Bordeaux, southwestern France, and an investigation has now been launched.

Passenger Andrew Jackson wrote on Facebook: "Thank you Jet2 for landing us safely in Bordeaux! Flight from Faro to Leeds Bradford lost cabin pressure at 30,000 feet and the oxygen masks came down!

"Very nervous next 45 minutes as we descended very quickly (ears took a real bashing) and then landed at Bordeaux airport.

"Thankfully all passengers safe and well although a few ear problems and a nose bleed and some very upset/nervous individuals but also very thankful." 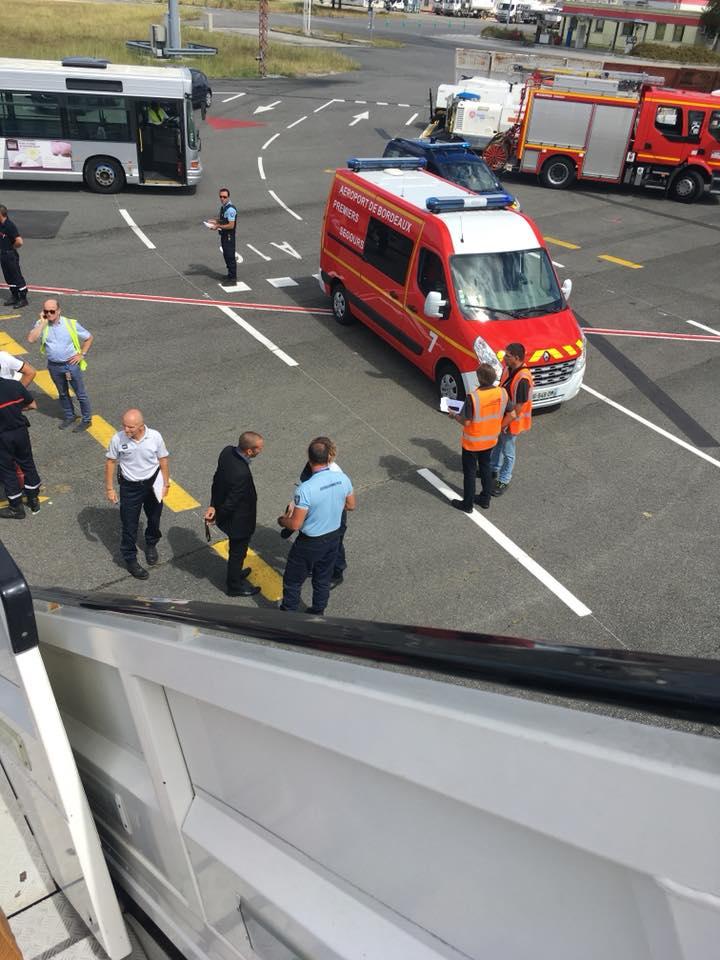 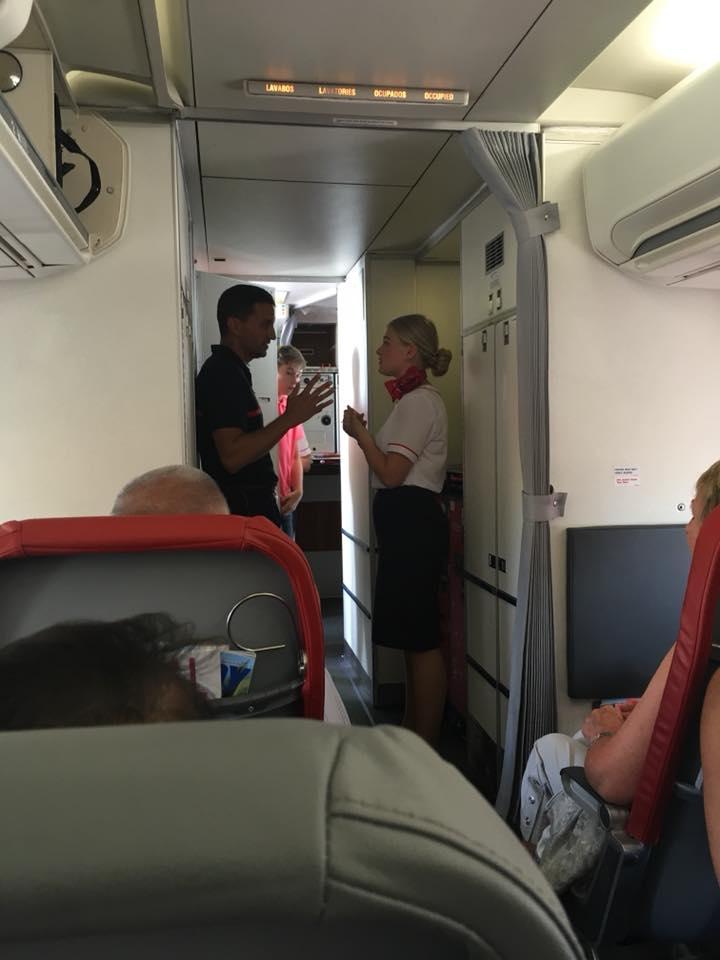 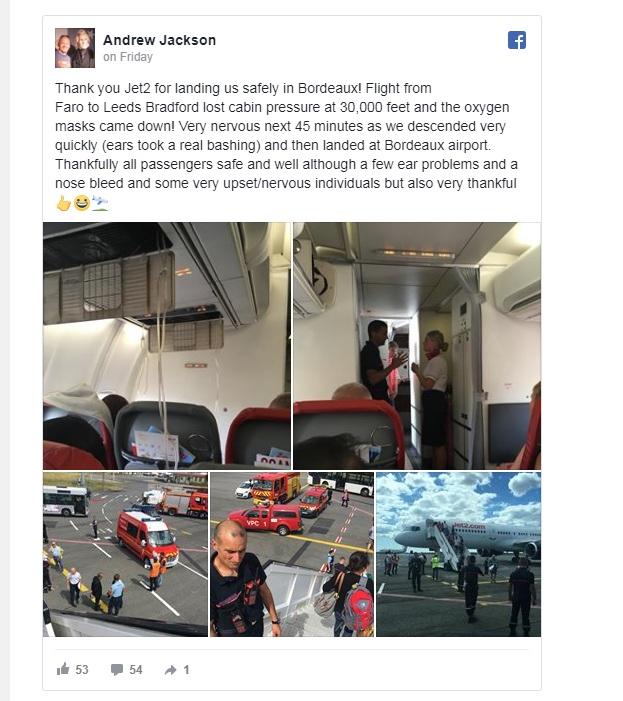 A spokeswoman for Jet2, said a replacement aircraft was flown to Bordeaux to transport passengers home.

She said: "Flight LS252 from Faro to Leeds Bradford diverted to Bordeux Airport on Friday, August 10, due to a technical fault. 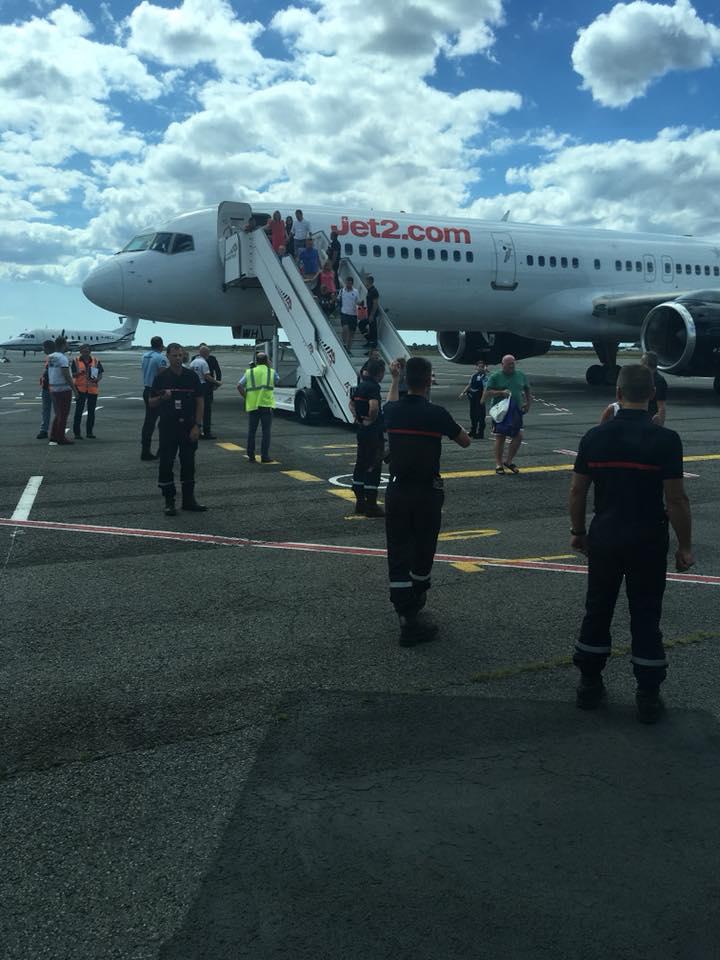 "The flight crew followed standard procedure and made a controlled descent before landing safely. We would like to emphasise that at no point was the safety of anyone on board compromised.

"A replacement aircraft was flown to Bordeaux so customers could continue their journey home, and we would like to apologise to all those customers affected. The aircraft will remain on the ground and a team of engineers is carrying out a thorough investigation into the cause of the fault.

"At all times the safety of our customers is our number one priority."