‘You never move on, but learn to cope’: Jo Cox’s mother and sister speak of agony as they appear for the first time together nearly two years after she was killed by Nazi sympathiser – but say nothing of husband Brendan

The mother and sister of murdered MP Jo Cox have said they will ‘never move on’ from her death but are ‘learning to cope’ nearly two years on.

The Batley and Spen MP, 41, was shot and stabbed to death by a far-right extremist when she was on her way to a community meeting on June 16 2016.

In their first TV interview together since that day, her mother Jean and sister Kim told of the work being done by the Jo Cox Foundation ahead of the two-year anniversary.

Jean said on Loose Women today that the family had ‘no other option’ but to continue her daughter’s work and they couldn’t ‘just sit back and do nothing’.

Her and Kim spoke glowingly of Jo’s daughter Lejla and son Cuillin, but there was no mention of their father Brendan, who faces a string of sexual harassment allegations. 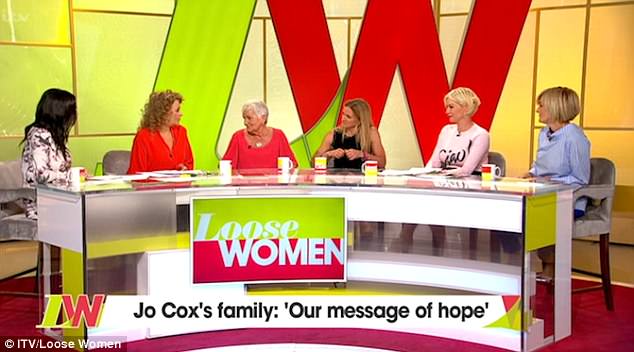 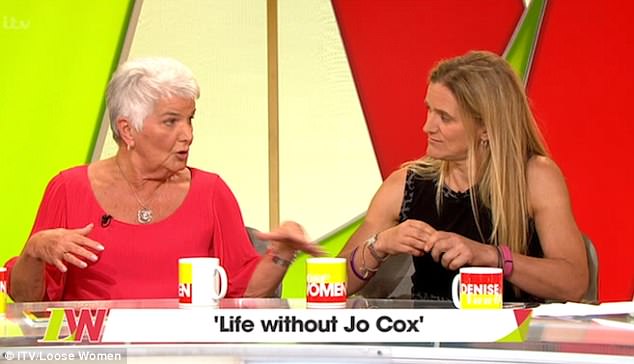 Jean Leadbeater told the Loose Women panel: ‘It was a pleasure for us to continue Jo’s work.

‘There was no other option for us. We couldn’t just sit back and do nothing.’

After revealing none of the family have had counselling to deal with their ordeal, she added: ‘We will never get over it.

Jo Cox (pictured), 41, was shot and stabbed to death by a far-right extremist when she was on her way to a community meeting in 2016

‘People say: “Are you moving on?” and I say no. We will never move on. But you just learn to cope.’

She continued: ‘Our way of coping is this,’ before clarifying she did not mean appearing on Loose Women specifically, saying the experience was ‘alien’ to her.

Presenter Christine Lampard asked how Jo’s children are doing, to which Kim Leadbeater replied: ‘They are doing fine.

‘Jo always said the first years are so important in a child’s life.

‘And I don’t have kids so I thought yeah, alright Jo, but she was right.

But she confessed: ‘You feel excited to see them but you also feel guilty because she isn’t there to see them too.

‘You think that should be Jo’s role. But then you think what would she want us to do.

‘And really she would want us to create lots of crazy adventures together.’

Kim also spoke of how all the charity work in Jo’s name can be ‘bittersweet’.

She added: ‘Ultimately I would have loved to come onto Loose Women in a different capacity. It’s heartbreaking that this is the reason.’ Jo’s father Gordon was in the audience, with his daughter teasing he was ‘too scared’ to be on the panel.

But speaking from the stands he described his wife and two daughters as ‘three strong women’.

Finally the family spoke of their Connect for Jo campaign, which aims to combat loneliness and bring people together.

They are asking people to connect with someone you would not usually make contact with and ask someone to take a picture of them making a heart shape with their arms.

The social media photos will be judged and awarded prizes.

They also mentioned this year the second edition of the Great Get Together, the anniversary event, will take place from June 22 to 24.

Saying they wanted people who don’t usually connect to get involved, Jean joked that presenter Christine Lampard, wife of footballer Frank, should get rival football managers to take a picture. 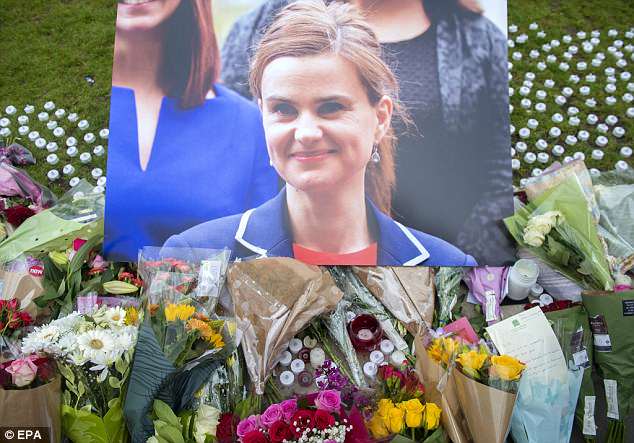