Stabbed to death in cold blood: Police reveal ‘sweet’ 17-year-old girl scout’s killers marched straight up to her and knifed her in the back as she played music in park with friends 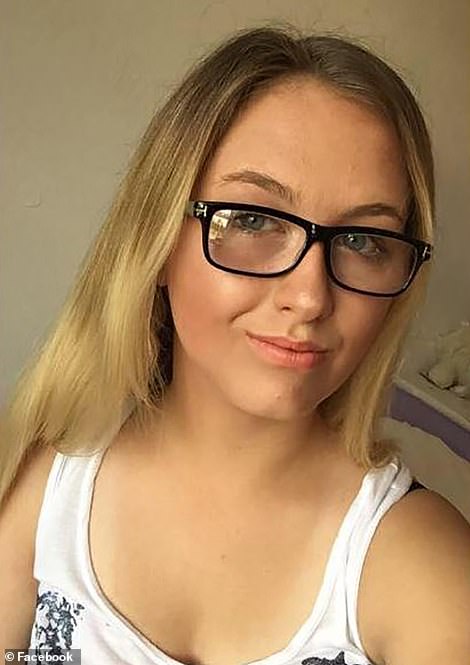 Jodie Chesney, 17, was brutally stabbed to death in a park in Romford last night

The 17-year-old girl scout stabbed to death on Friday was killed in cold blood as two men walked straight up to her and one of them knifed her in the back, police have revealed.

Jodie Chesney was murdered while playing music with her boyfriend, 18-year-old Eddie Coyle, and four other friends in Harold Hill, Romford, on Friday night.

Police have said the killer was a black teenager who had been in the park with another man earlier in the evening, before returning at 9.30pm and stabbing Ms Chesney in the back.

The two suspects then ran off while her her heartbroken boyfriend screamed for help and ‘stroked and kissed her face’ as she lay bleeding to death, witnesses have said.

Mr Coyle left an emotional message on a card nearby, saying: ‘Jodie you are the best thing that could have happened in my life. I will love you always and you will forever be in my heart beautiful.’

Detectives are appealing for further witnesses but have yet to make any arrests.

A post-mortem at East Ham mortuary today confirmed her cause of death as trauma and haemorrhage, Scotland Yard said.

Witness Krystle Pasha, who lives close to the scene of the stabbing, told Sky News she heard arguing and shouting before a ‘disturbing’ scream in the moments before the attack.

Speaking to ITV News on Sunday, her uncle Dave Chesney, said the family was ‘devastated’, saying: ‘This was a totally random and unprovoked attack on a beautiful, lovely and quirky young girl with her whole life in front of her.’

The killing comes just months after the 17-year-old appeared on the BBC in her Scouts uniform at a Festival of Remembrance.

The ‘sweet’ Girl Scout is stood next to Explorer Scouts at the Royal Albert Hall in November 2018, as reported by The Sun.

She is seen marching on the stage in front of the Queen and Prince William, and earlier in the day posted a snap of herself posing outside 10 Downing Street. 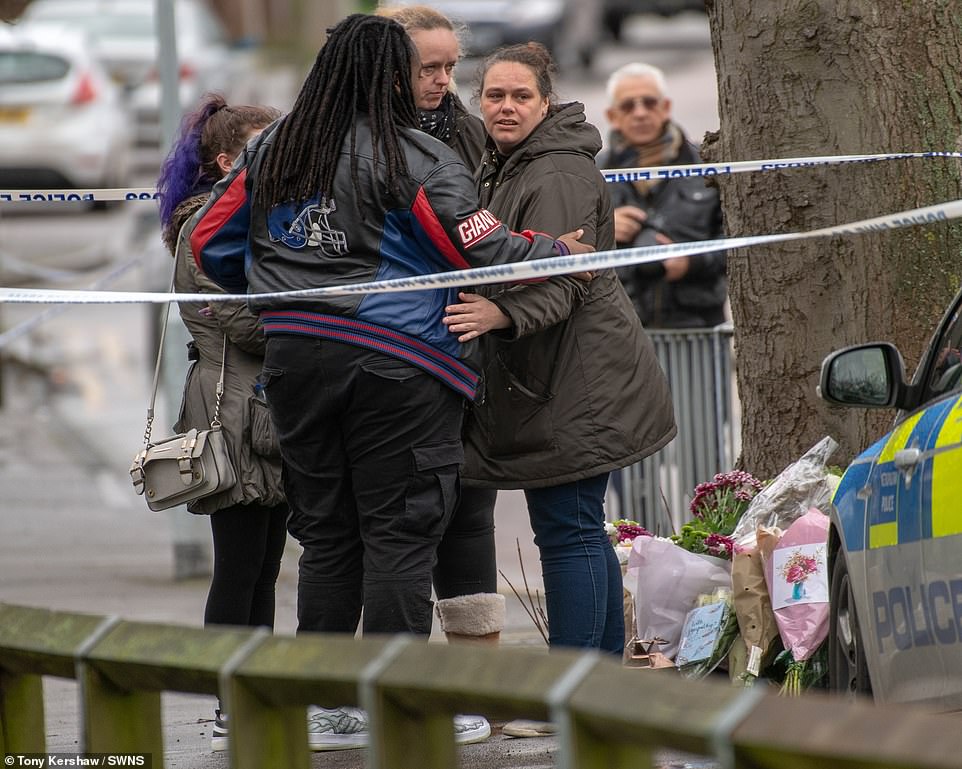 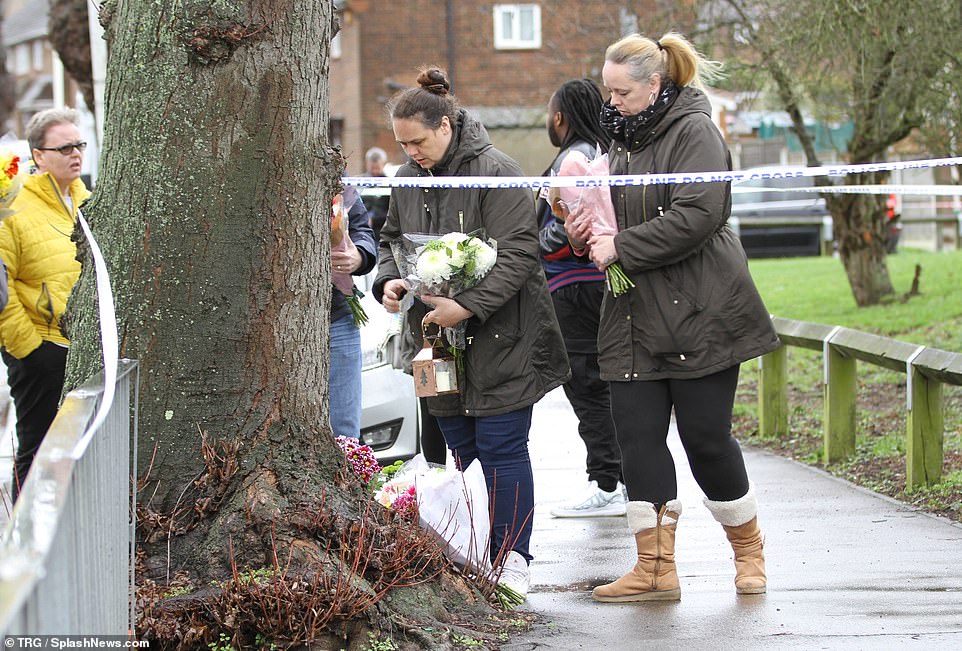 Jodie’s mother left flowers and a lantern for her daughter, as friends and relatives hugged one another at the scene of the devastating killing 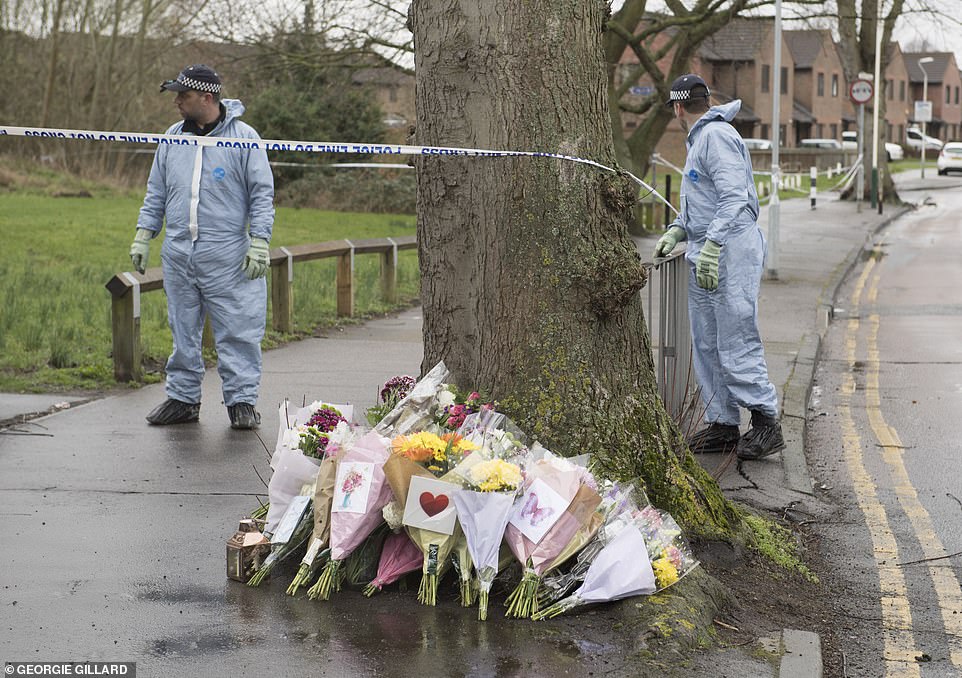 The scene of the crime in Romford where Jodie Chesney was knifed to death. Forensic police officers search the park as flowers and lanterns are left nearby 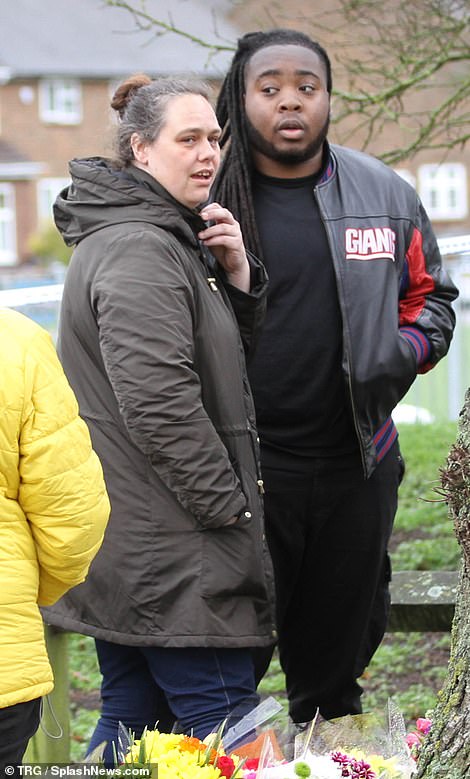 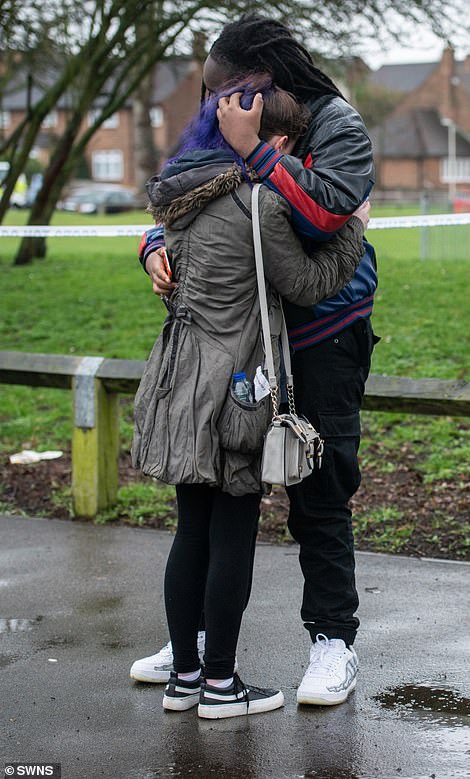 Teenage girls sobbed at the scene and were comforted by friends after Jodie’s death. Her mother Claire (left) placed a lantern and flowers under a tree

Another witness to the incident, mother-of-three Teresa Farenden, 49, and her friend Kelly Smith, 36, said two men stabbed the teenage girl in front of her boyfriend, before fleeing.

Mr Coyle was heard yelling by Mrs Farenden, from the park known locally as ‘Amy’s Park’.

She said: ‘I was trying to do my coat up in the drive and I shouted out ‘is everything okay?’ as I was worried it could be kids drinking.

‘Then a boy said ‘no I need help, my girlfriend has been stabbed’ and I just flew over there in my flip flops.

‘We tried to compress the wound to stop the bleeding but there was just so much. It was like being in a horror movie.

‘When I got there she was breathing but it was very shallow, she was groaning and there was a slight pulse.

‘The boyfriend was holding her and kissing her face. He was whispering and begging her, ‘Please, please stay awake’. 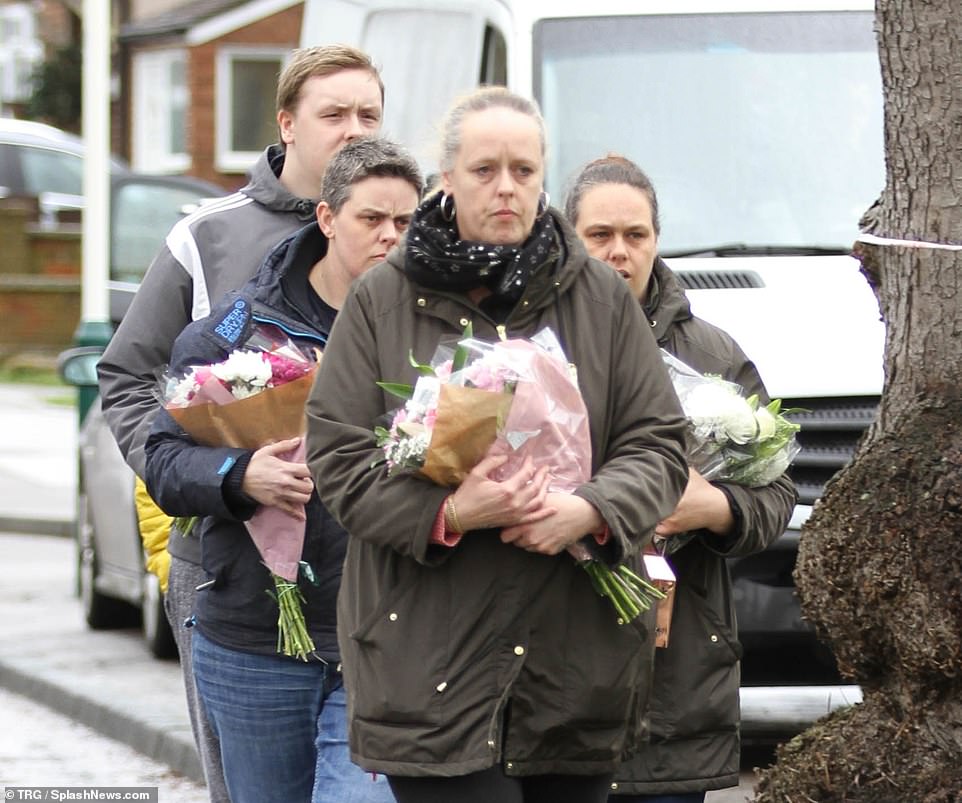 Family and friends of Jodie Chesney arrived at the park known locally as Amy’s Park with flowers and bears. Cards described the teenager as an ‘angel’