Joe Biden dogs: Why has Joe Biden sent his dogs back to Delaware?

Joe Biden slammed by Democrat on pushing back policies

President Joe Biden, 78, was inaugurated in January, making this the third official month of his presidency. After his inauguration, Mr Biden and his wife Jill moved into the White House, as is customary for every United States President. Moving with them were their two dogs, both German Shepherds, who made the journey from Delaware to Washington.

Dr Jill Biden, 69, spoke about getting the dogs acclimatised to their new home on the Kelly Clarkson Show last month.

She said: “I’ve been getting obsessed with getting our dogs settled because we have an old dog and we have a very young dog.

“They have to take the elevator, they’re not used to that, and they have to go out on the South Lawn with lots of people watching them.

“So that’s what I’ve been obsessed with, getting everybody settled and calm.” 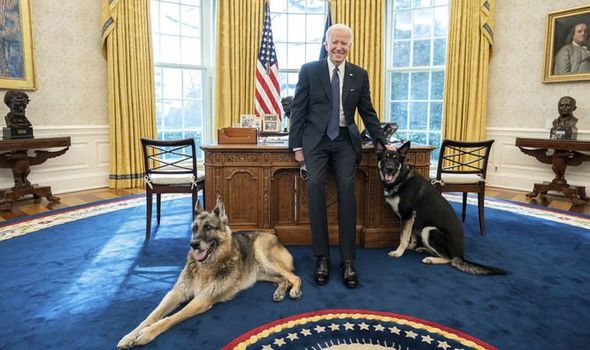 Why has Joe Biden sent his dogs back to Delaware?

Reports have now emerged that both dogs have been taken back to Delaware after just two months in the White House.

This is due to what has been described as a “biting incident” which was said to have involved a member of White House security.

No reports have been issued on the victim and their injuries, however, the dogs have said to have been returned to Wilmington, Delaware. 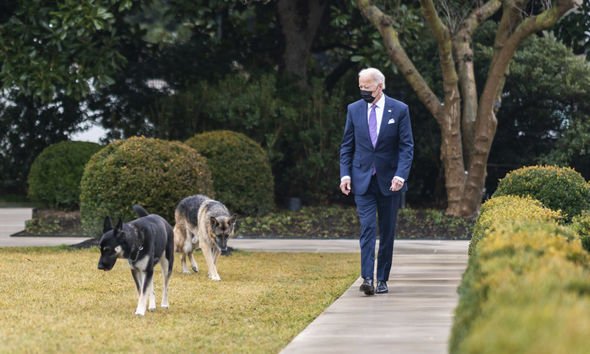 A source who is aware of the dogs’ schedule told CNN both are in Delaware.

When Dr Biden is not in Washington, the dogs sometimes stay in Delaware with dog sitters however it is not clear if this is the case.

Currently, Dr Biden is away for two days visiting military bases in Washington and California.

The Biden’s home in Greenville, Delaware is set in four acres of lakefront land and is estimated to be worth close to $2million (£1.44 million).

The couple also has a house on the Delaware Shaw which overlooks Cape Henlopen State Park.

According to CNN sources, the Biden’s youngest dog Major, three, had been seen showing agitated behaviour which included jumping, barking and even “charging” at staff.

Their older dog Champ, 13, is said to be slower and more sedate due to his age.

Both dogs have been spotted enjoying the grounds of the White House, as well as appearing in official Oval Office photos. 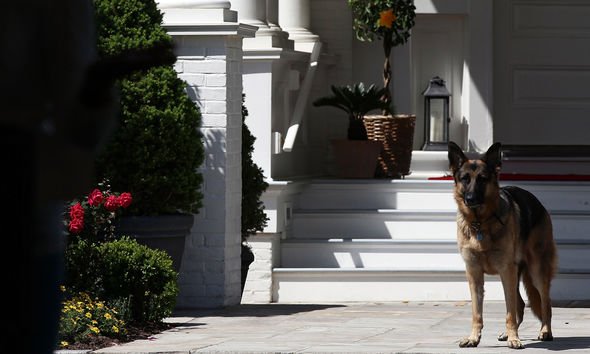 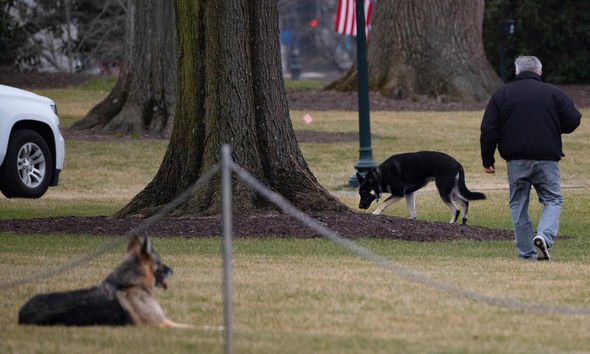 “We trained them from the beginning.

“Champ is old, he’s 14 years old and he was extremely well-trained by the Canine Corps and he thinks he’s Secret Service, but Major, who is a big, little dog, is about a year-and-half-old and the only rule Jill has and he follows it: do not get up on the furniture.”

Major is the first rescue dog to have lived in the White House, and the first pet since the Obamas lived there.

Barack and Michelle Obama have two dogs, both Portuguese Water Dogs, named Bo and Sunny, who lived with them during their tenure.

Dubbed an ‘indoguration’ the non-official ceremony featured a performance by Josh Groban.