Amanda Lindhout was aged 26 and three days into her trip to the war-torn east African nation in August 2008 when she was abducted alongside photographer and then-boyfriend Nigel Brennan. 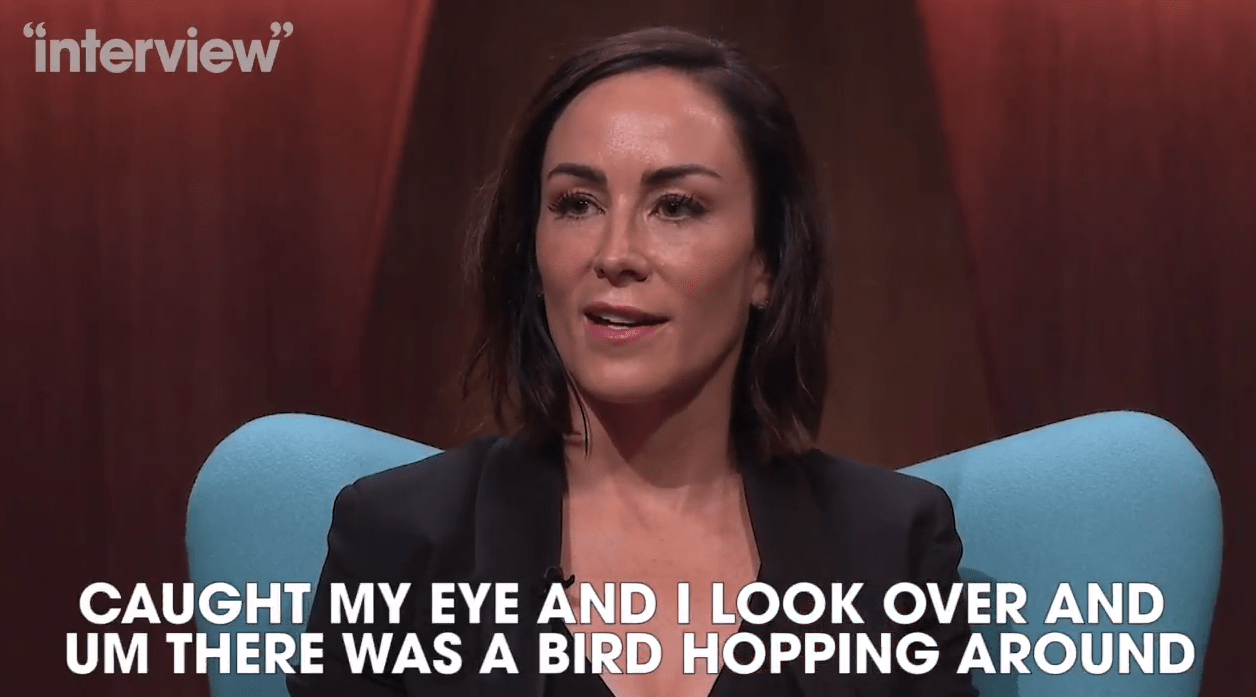 Their captors, armed with AK47 assault rifle, threatened to behead them if they didn't receive a $1.5million (£1.1million) in ransom.

Nine years on, Amanda told Channel Seven: “I remember initially thinking, ‘maybe this is a robbery or even thinking, very naively, I could talk my way out of this.'

“The Canadian and Australian governments don’t pay ransoms. I come from a really poor family. Nigel’s family is not wealthy.

"And so that began the start of what would be a very long time in captivity.” 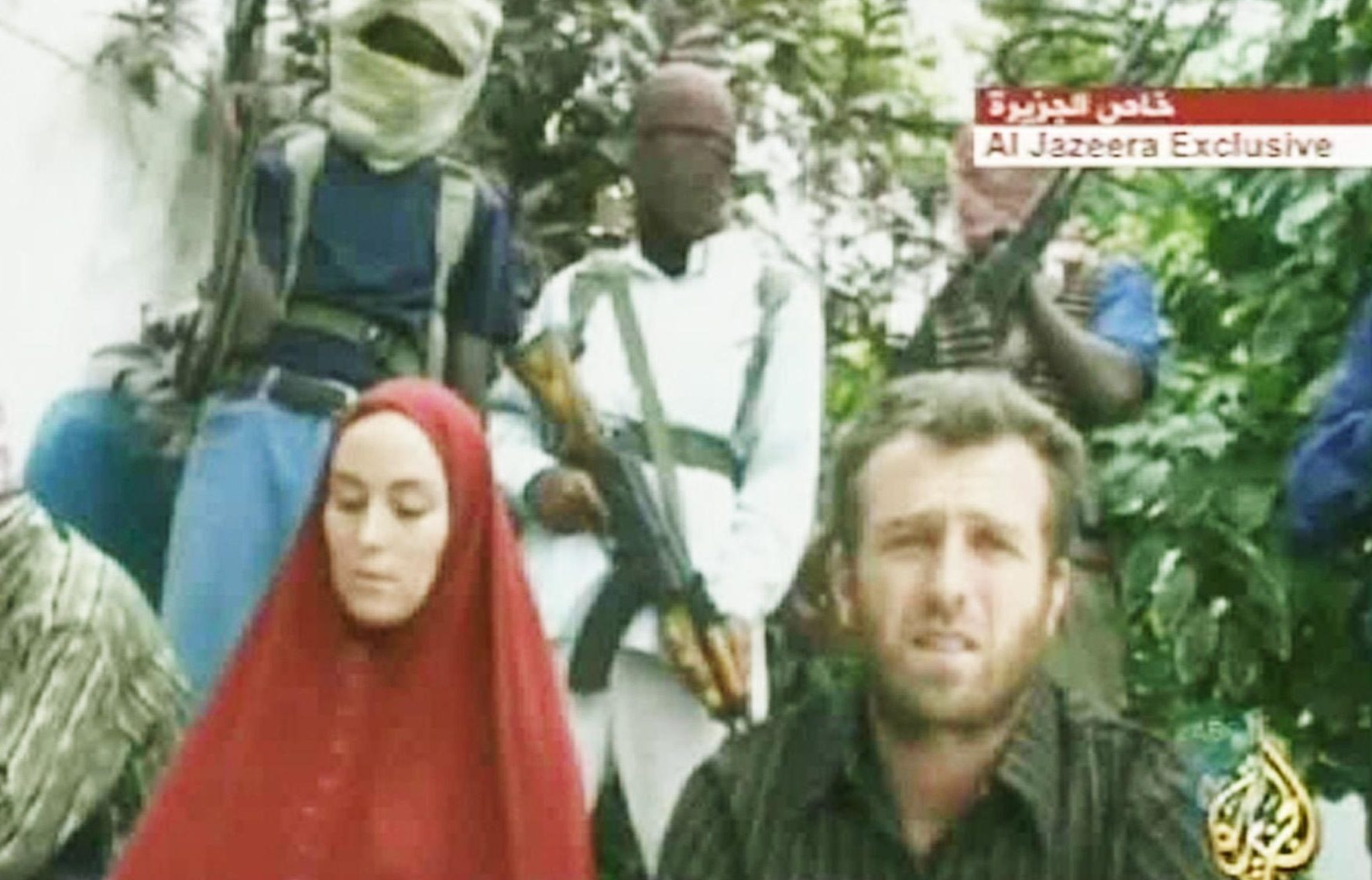 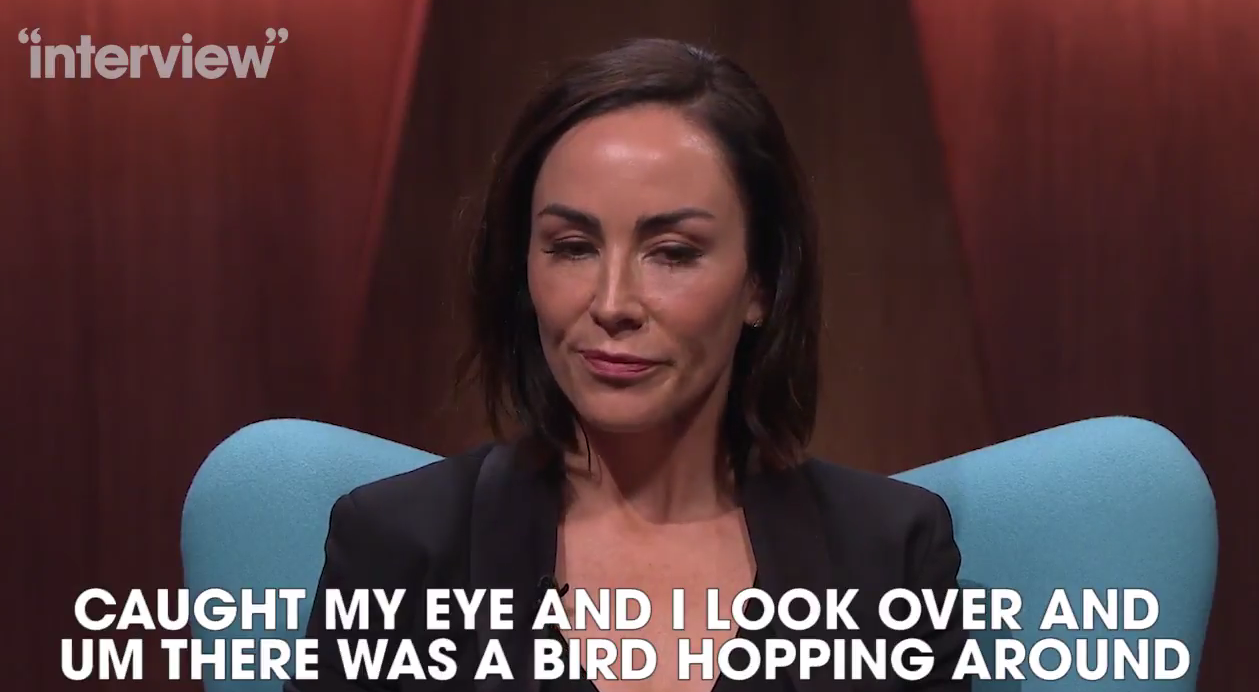 Amanda and Nigel were only meant to be in East Africa for one week, but their visit came at a time when Somalia was known for being a "kidnapping red zone".

On the couple's third day in the capital Mogadishu, they were accosted by a vehicle as they  travelled to an internally displaced people's camp with a translator and three armed security guards.

Within minutes, she says the scene around her "unfolded like something out of a nightmare", as 12 armed men stepped out pointing AK-47s at the vehicle and forcing the security team to hand them over.

Over the next 15 months, the pair were beaten, starved and – after being separated from each other – Amanda was repeatedly raped.

She said: “Almost the day that we were separated, sexual abuse started.

“It was so devastating and so scary. And also as time was passing the conditions were becoming worse.

"(It cost) money to feed us and so the food was becoming less, and our teenage captors … you know, they were quite resentful.” 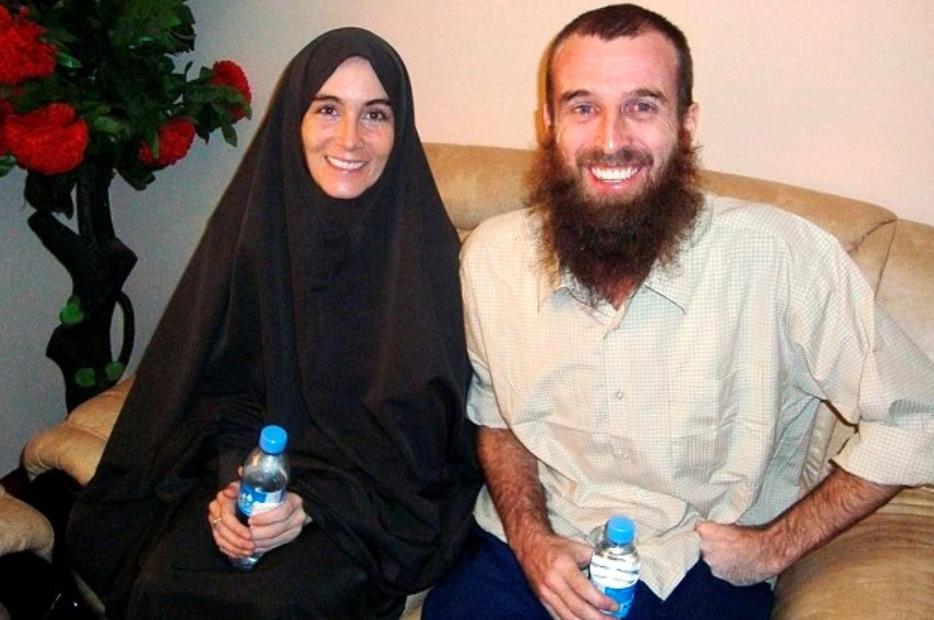 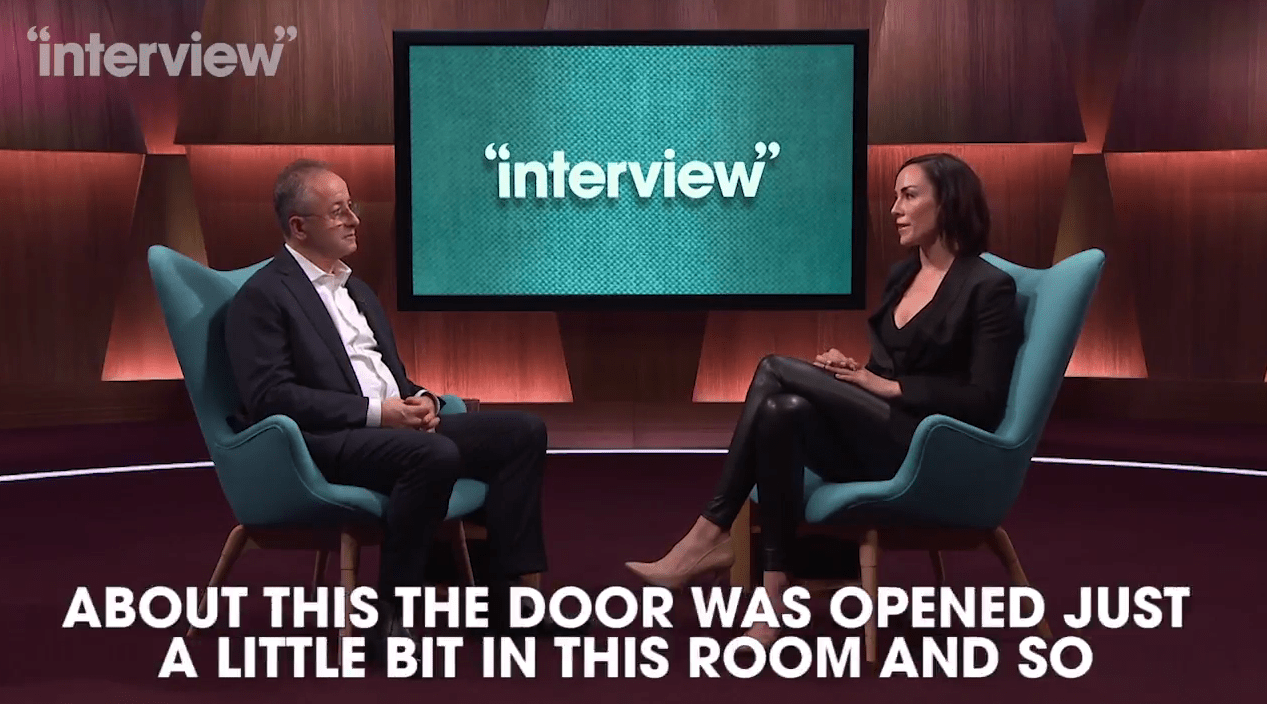 Amanda, who had previously worked in Baghdad and Afghanistan, recalled one horrifying occasion four months into her captivity when she was woken in the middle of the night and driven to the middle of the desert.

She said: “They took me out of the car under this tree and pulled my head back. The next thing I knew there was a knife at my throat.”

Amanda recalled: “When the blade of that knife was at my throat I absolutely believed that was how I was going to die."

The reporter was then forced to call her mother and convince her to pay the ransom within seven days.

However, the money never came and the kidnappers threatened to turn the couple over to another gang. 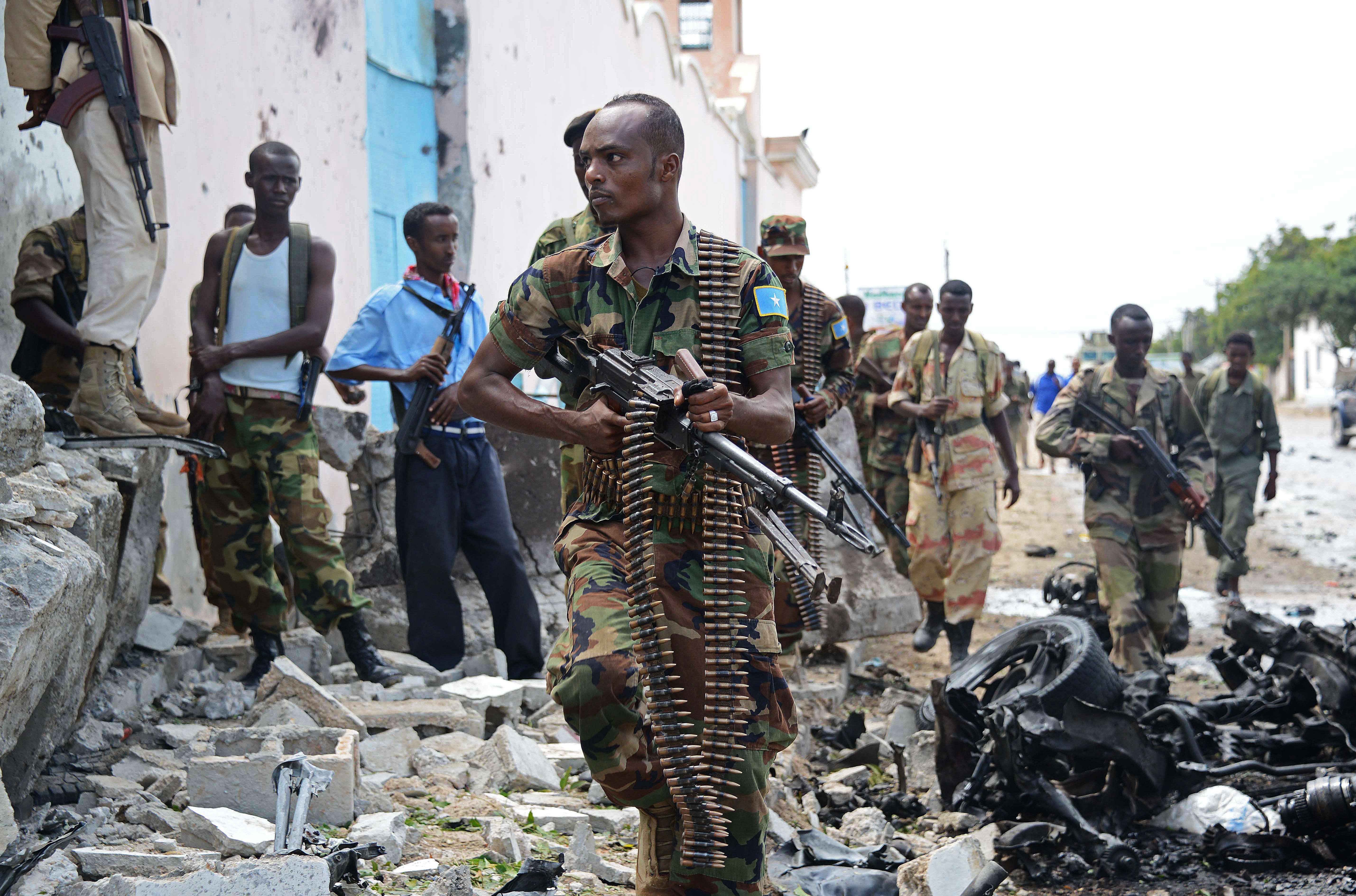 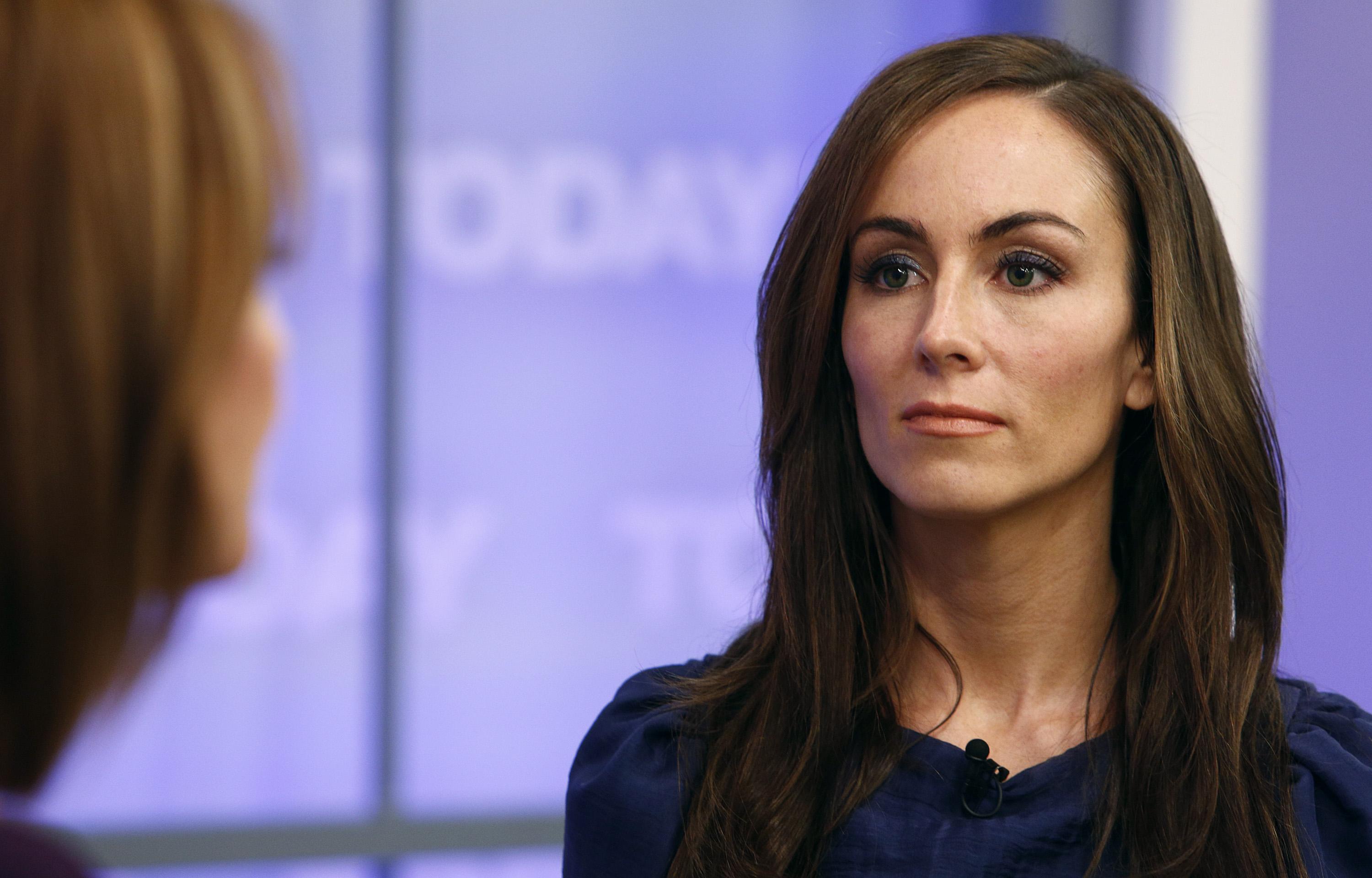 Amanda, now aged 37, admitted that 13 months after being taken hostage, she had planned to use a razor she had been given to remove all of her body hair to end her life.

But the reporter says it was the vision of a bird that gave her the determination to survive.

She said: "I was really getting close to making this decision…

"[And] as the morning sun was coming up… a little bit of movement caught my eye… and there was a bird hopping around in this little bit of light.

"I'd always believed in signs of a messenger, in a way, to hold on. And that bird was a messenger.

"The desire to end my life left me and it never came back and this amazing feeling just flooded through my body, which was determination to survive no matter what; that I would have my freedom again; I would see my family." 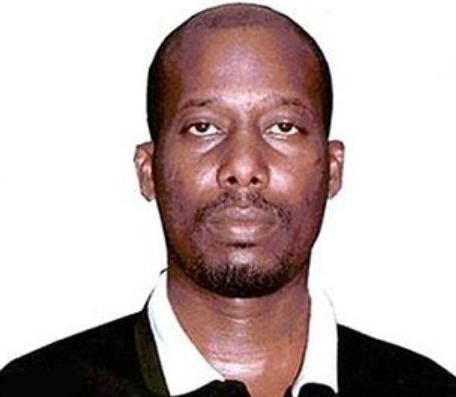 Weeks later, the couple attempted to escape by jumping from a window and running to a mosque but they were recaptured by the gang.

A woman attempted to come to their aid, begging the kidnappers to let the pair go as she held on to Amanda, calling her "sister".

However, the pair were dragged out of the mosque and returned to the rooms where they were being held.

As they were taken away, they heard one single gunshot ring out from inside the mosque.

Amanda says she never found how what happened to the woman who embraced her.

Finally, after 460 days of captivity, the pair were released after their families managed to scrape together the seven-figure ransom and begged for their lives.

The couple were handed over to 40 armed Somali men, who took them to safety.

In their confused state, the couple were given mobile phones to speak to their families for the first time in over a year.

Amanda recalled the moment she got to speak to her mother: "I'm totally confused and I put it to my ear and my mum's on the other end and she says to me 'Amanda, you're free'."

During the call, she learnt that the money had been scrambled together through donations from generous members of the public.

Amanda said: “We had gone from experiencing the worst of humanity … only to come out and find that we had been rescued by the best of humanity.

“I mean, quite literally, Australians that did not know Nigel and I, that had contributed to this ransom fund … for our freedom.”

However, this claim has been disputed by Nigel's family, who say they paid all the ransom to secure the couple's release – with the photojournalist's sister allegedly negotiating the payment that led to their freedom. 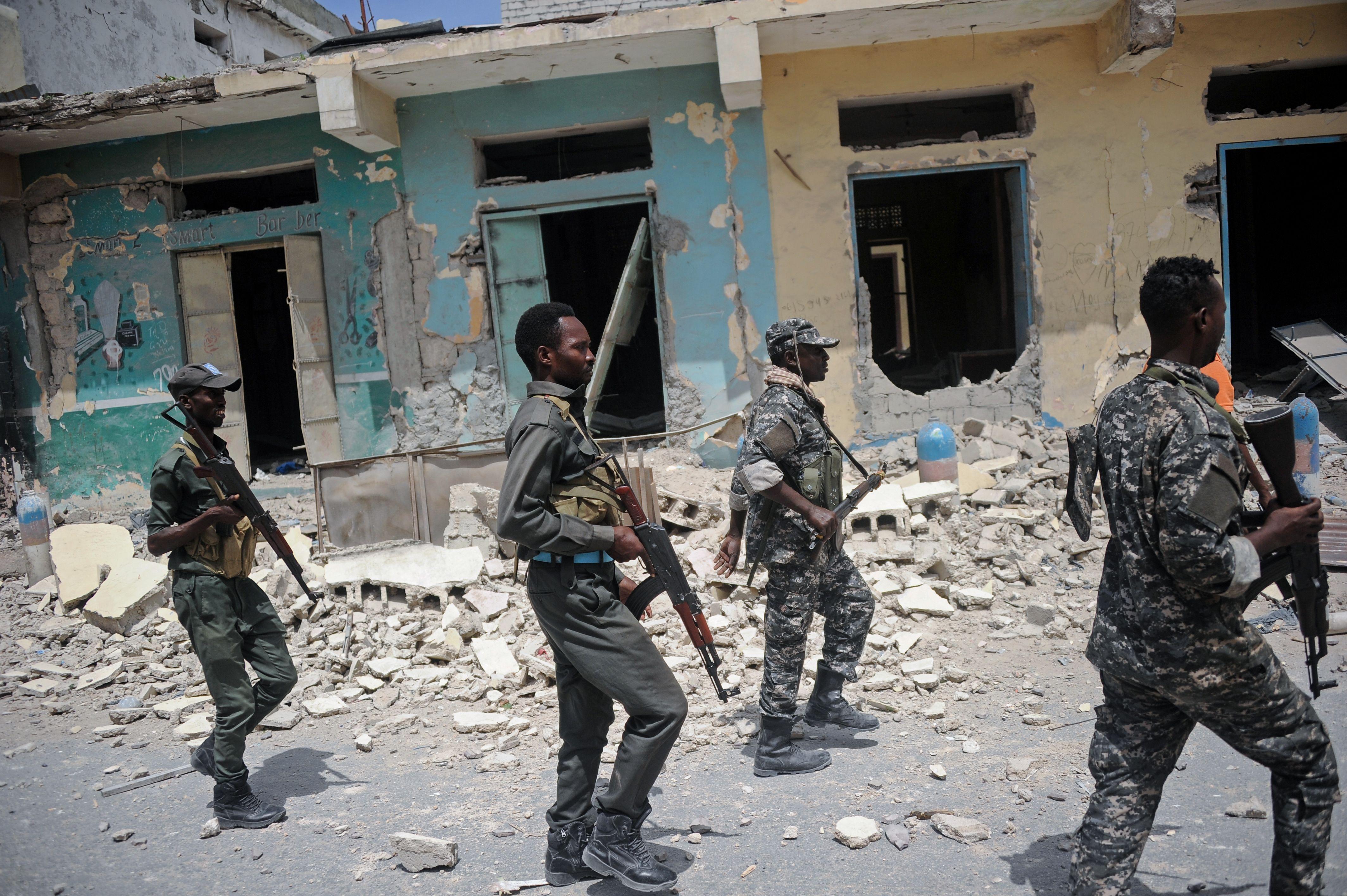 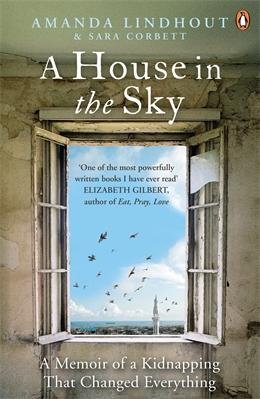 In June, Ali Omar Ader – the man who orchestrated the kidnapping and ransom – was sentenced to 15 years in a Canadian prison.

A judge ruled that the 40-year-old Somalian national, who had held many phone conversations with Amanda's mother, was a "willing participant" in the hostage-taking.

Amanda was called to testify at the trial where she revealed she still wakes up in the night screaming.

She told the court: “For years… I couldn’t believe I was free, often sure I was dreaming, and that I would wake up back in captivity with chains on my ankles in a dark room."

Amanda's memoir, a House in the Sky, was released in 2013, while Brennan published a book called the Price of a Life in 2011.

Both Amanda and Nigel have confirmed that they no longer speak to one another, and have not been in touch for the past seven years.

If you are affected by any of the issues raised in this article, please call the Samaritans (free) on 116 123.