AFP reported that the news agency's chief photographer in Kabul, Shah Marai, was among those killed. AFP said Marai died in a blast that was targeting a group of journalists who had rushed to the scene of the earlier suicide attack in Kabul. 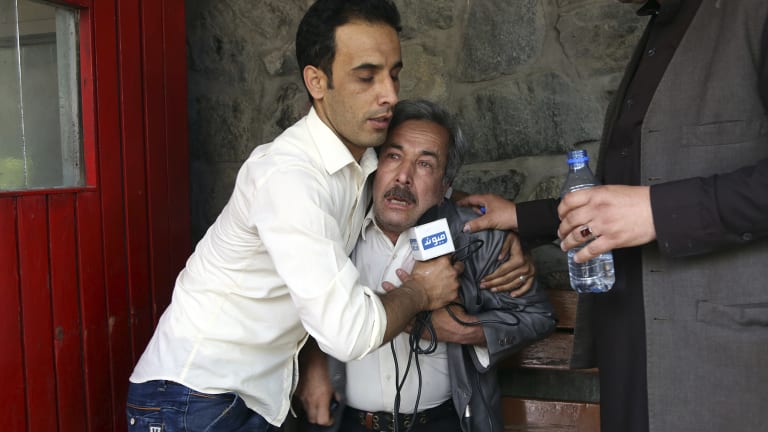 A man cries at a hospital after he lost his journalist son in an explosion in Kabul. 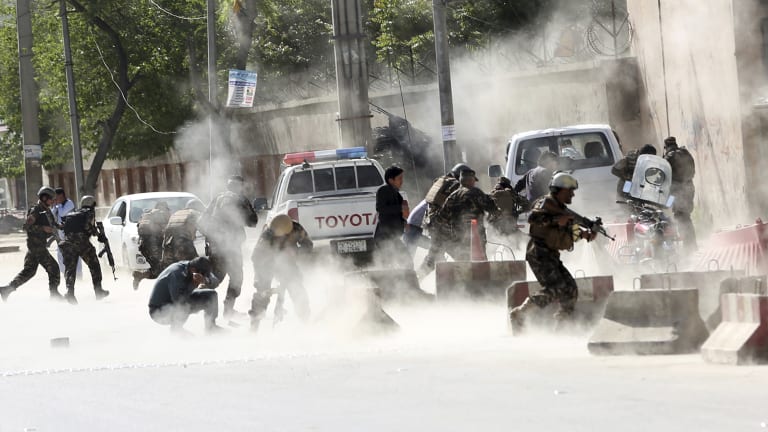 Security forces run from the site of a suicide attack after the second bombing in Kabul.

At least 27 people were also wounded in the blasts, according to Wahid Majroh, the public health ministry's spokesman who gave the latest casualty tolls.

No one immediately claimed responsibility for the attack, but both Taliban and Islamic State group are active and have repeatedly claimed attacks in Kabul.

The suicide attacks took place in the central Shash Darak area, which is home to the NATO headquarters and a number of embassies in Afghanistan. The second was meant to hit those rushing to the scene of the attack to help the victims of the first blast.

Kabul chief of police Dawood Amin said the area of Kabul that was targeted, which includes many foreign offices, was quickly sealed off. Mohammad Mousa Zahir, director of Wazir Akbarkhan Hospital, said several people suffering injuries from the blasts were being treated at the hospital.

The local Islamic State group affiliate and the more firmly established Taliban carry out regular attacks around the country, with the Taliban usually targeting the government and security forces and IS targeting the Shiite minority. Large-scale attacks by the two militant groups have also hit the Afghan capital. Both groups want to establish strict Islamic rule in Afghanistan.