Rio de Janeiro:  The Brazilian judge at the centre of one of the largest corruption investigations in history has said he will become justice minister in the government of President-elect Jair Bolsonaro, a decision that will be hailed by Brazilians eager for a crackdown on graft but also add to deep polarisation after a bruising presidential campaign.

Sergio Moro is wildly popular among conservatives and loathed by many on the left, so his decision to join the incoming administration will feed the suspicion of many Brazilians that the judge was politically biased in jailing ex-President Luiz Inacio da Silva, a conviction that forced the poll-leading leftist out of the presidential race.

Moro met Bolsonaro at the president-elect's home in Rio de Janeiro on Thursday. Upon emerging, Moro did not speak to reporters but soon put out a statement confirming he had accepted an offer to lead both the justice and public security ministries, which will be combined in Bolsonaro's government.

Moro said it would be hard to give up being a federal judge after 22 years, but he saw an opportunity to "implement a strong agenda of anti-corruption and anti-organised crime" in his new role. 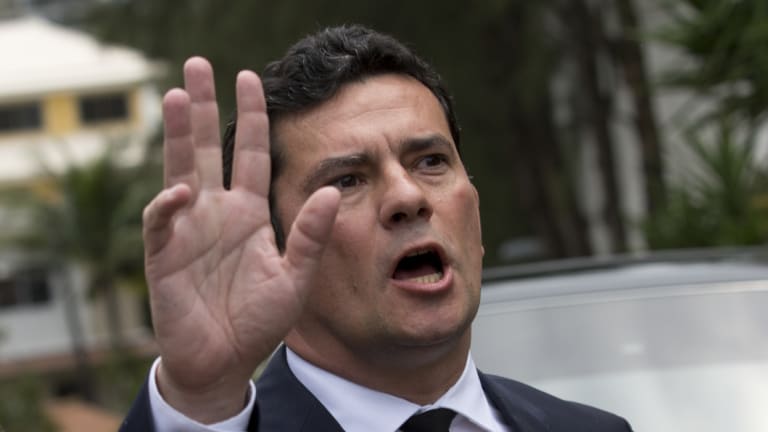 Brazilian Judge Sergio Moro talks to the press as he leaves a meeting with President-elect Jair Bolsonaro, outside Bolsonaro’s home in Rio de Janeiro, on Thursday.Credit:AP

"In practice, this will mean consolidating the advancements against crime and corruption the last years and remove any risks of going backward," he wrote.

He added that the sprawling "Car Wash" investigation would continue in the hands of local judges in the southern city of Curitiba, where Moro lives and many of the cases have been tried. He also said he would provide more details on his new role next week.

Launched in 2014, the "Car Wash" probe uncovered elaborate schemes in which construction companies received bloated contracts and then kicked back billions of dollars in bribes to politicians and other government officials over more than a decade.

The level of corruption was breathtaking for Brazilians long inured to graft, and the scandal has reverberated across several Latin American countries where Odebrecht, one of the companies at the centre of the scandal, did business.

The investigation has led to the jailing of many of the country's biggest names. That list includes da Silva, convicted by Moro of corruption for trading favours with construction company Grupo OAS for the promise of a beachfront apartment. Da Silva began serving a 12-year sentence in April.

The cases made Moro a wildly popular figure with Brazilians exhausted by numerous stories of politicians plundering government coffers; Earlier this year, he tracked highly in presidential polls even though the judge, quiet and wonky, never expressed interest in running. 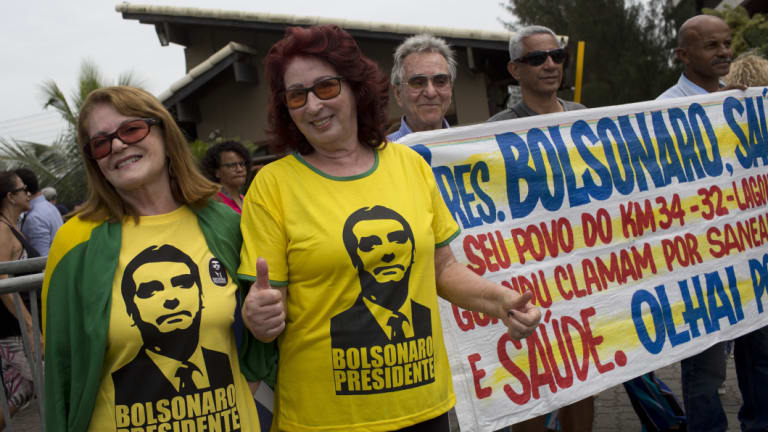 Supporters of President-elect Jair Bolsonaro wear T-shirts with his image, outside Bolsonaro’s home where he was holding meetings in Rio de Janeiro on Thursday.Credit:AP

However, many of his tactics have been highly controversial, such as the use of extended pre-trial detentions and plea bargains, both aimed at getting high- profile suspects to talk.

On social media Thursday, many Brazilians shared a 2016 story in daily Estadao, which quoted Moro saying he had no political ambitions.

"No, never. Never," he said when asked about running for office or getting into politics. "I am a man of the justice system."

Moro has been accused of being partisan, with supporters of da Silva and the left-leaning Workers' Party claiming Moro was at the centre of a conspiracy to keep da Silva, who Brazilians call Lula, from running for president this year. Even after being jailed, da Silva led preference polls. In September, his candidacy was barred. 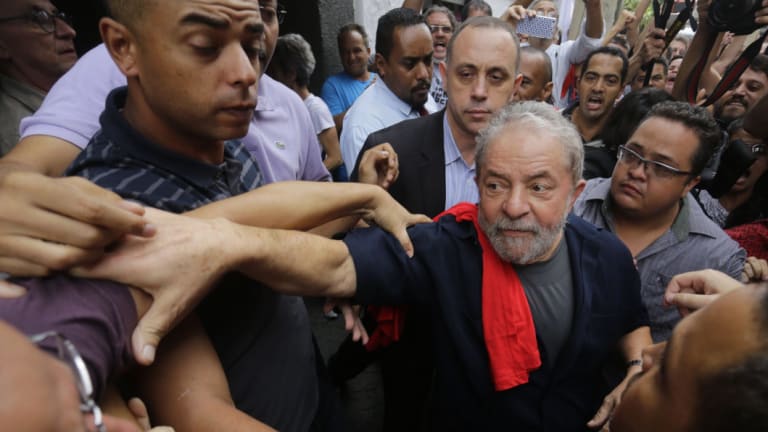 In reality, Moro has convicted politicians from across the political spectrum. But he has also made decisions that many interpret as biased, such as releasing wiretapped conversations between da Silva and then President Dilma Rousseff in 2016.

For Bolsonaro, a former army captain who ran on promises to crack down on graft and rising crime, landing Moro is a huge boon. Moro, who studied law in Brazil and did a special program at Harvard University, has received numerous awards and honorary degrees related to his work. He frequently speaks in the United States and other countries, and is arguably the world's most famous anti- corruption crusader.

Still, the decision comes with huge risks, both for Moro personally – he now will become "political" as part of an administration – and the future of the "Car Wash" investigations. 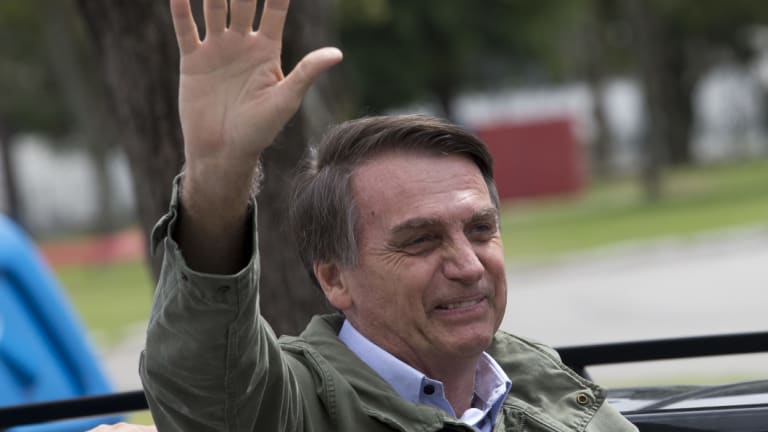 President-elect Jair Bolsonaro has positioned himself as an outsider, vowing to crack down on widespread corruption.Credit:AP

Members of the "Car Wash" task force have said much work remains, but it's hard to imagine any judge having the gravitas of Moro, who rose to fame because of his ability to sort through complicated white-collar crimes and write decisions that are rarely overturned.

In leading the combined ministries of justice and public security, Moro will be ultimately responsible for areas that include intractable problems, such as security. Last year, more than 64,000 people were killed in Brazil, a record for the country that has long been the world leader in annual homicides.

Moro will oversee the federal police, highway police, the penitentiary system, immigration and several other agencies that in total encompass thousands of employees.

"Moro is making a complicated bet" in taking on a political role, Mauricio Santoro, a political science professor at the Federal University of Rio de Janeiro. "Every government in the world has corruption. How will Moro deal with that? What will he do?"