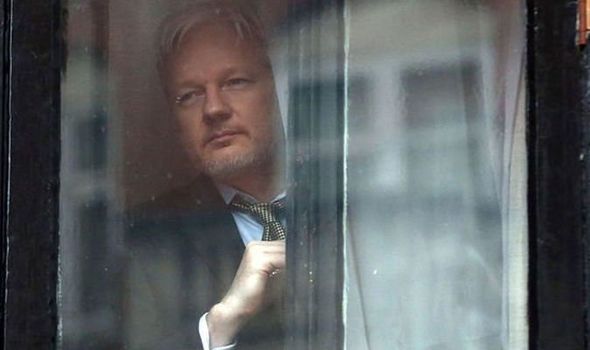 Days after rumours swirled that the WikiLeaks founder would be forced out of the Ecuadorian embassy in London, video footage was captured of the two officers going into the building. Mr Assange has been in the embassy since 2012, after being granted asylum there after the US authorities said it wanted to speak to him with regards to leaked secret documents. In the images shared on Twitter by WikiLeaks and captured by Ruptly, the pair are seen entering the building before leaving a short while later.

The police’ appearance comes after two days of intense speculation over whether he will be made to leave the embassy or not.

On Saturday, his protesters swarmed the building to show their support for the Australian-born programmer.

He has been in the London building after seeking asylum there as Swedish police wanted to question him over allegations of sexual assault and rape.

US police are also believed to want to speak to him. 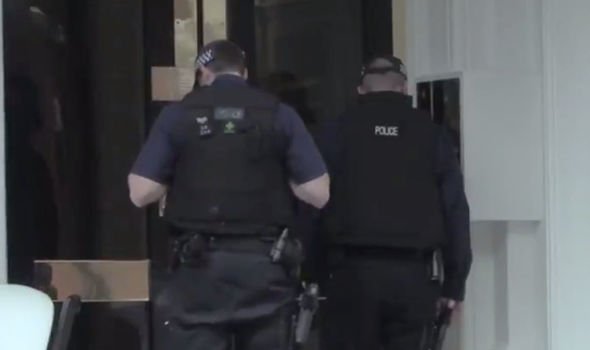 WikiLeaks tweeted on Thursday night: “A high-level source within the Ecuadorian state has told WikiLeaks that Julian Assange will be expelled within ‘hours to days’ using the INA papers offshore scandal as a pretext and that it already has an agreement with the UK for his arrest.”

However confusion surrounds Mr Assange, after an unnamed Ecuadorian official said no decision had been made on Mr Assange’s future.

American TV star Pamela Anderson, who is a vocal support of Mr Assange, tweeted her thoughts on the protestors who came out in force over the weekend.

She said: “For the truth to prevail, it must be known and recognised.”

She added a black and white photo of Mr Assange smiling into the camera. Ecuador’s government said last night that it rejected reports that it would imminently expel Mr Assange. 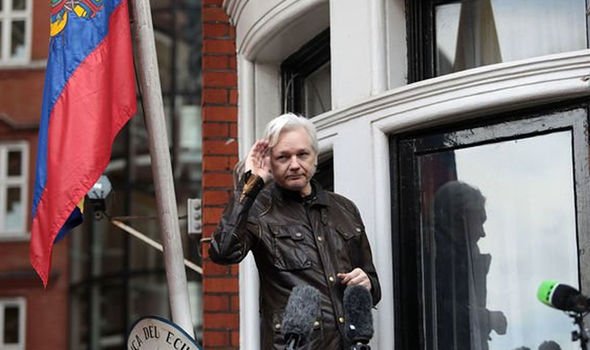 Addressing the speculation, Ecuador’s foreign ministry would only say it “doesn’t comment on rumours, theories or conjectures that don’t have any documented backing”.

In 2010, an international arrest warrant was issued for Mr Assange amid the sexual assault claims in Sweden.

Denying the allegations, Assange said he would be extradited from Sweden to the US because of his role in the publication of secret documents.

These documents were made public and the federal government of the US in 2010 launched the criminal investigation against him.