The Duchess of Cambridge appeared relaxed as she enjoyed the day out with her children at the Houghton Horse Trials. 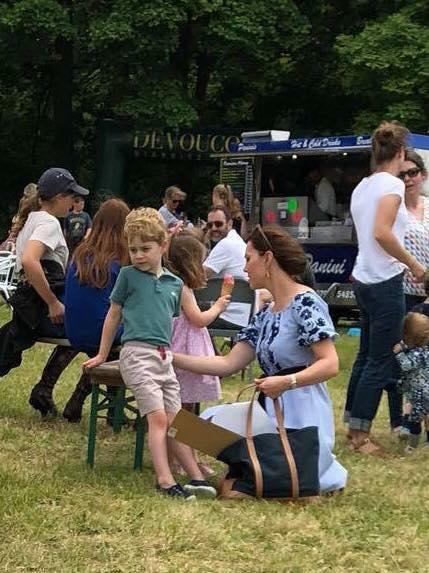 She teamed the look with a navy tote bag by Little Makes Big and a pair of shades.

Her youngest wasn't to be seen on the day out but she made the most of her time with George, four, and Charlotte, three.

And the young Prince seemed to be following in dad William's footsteps as he was spotted climbing into an air ambulance vehicle. 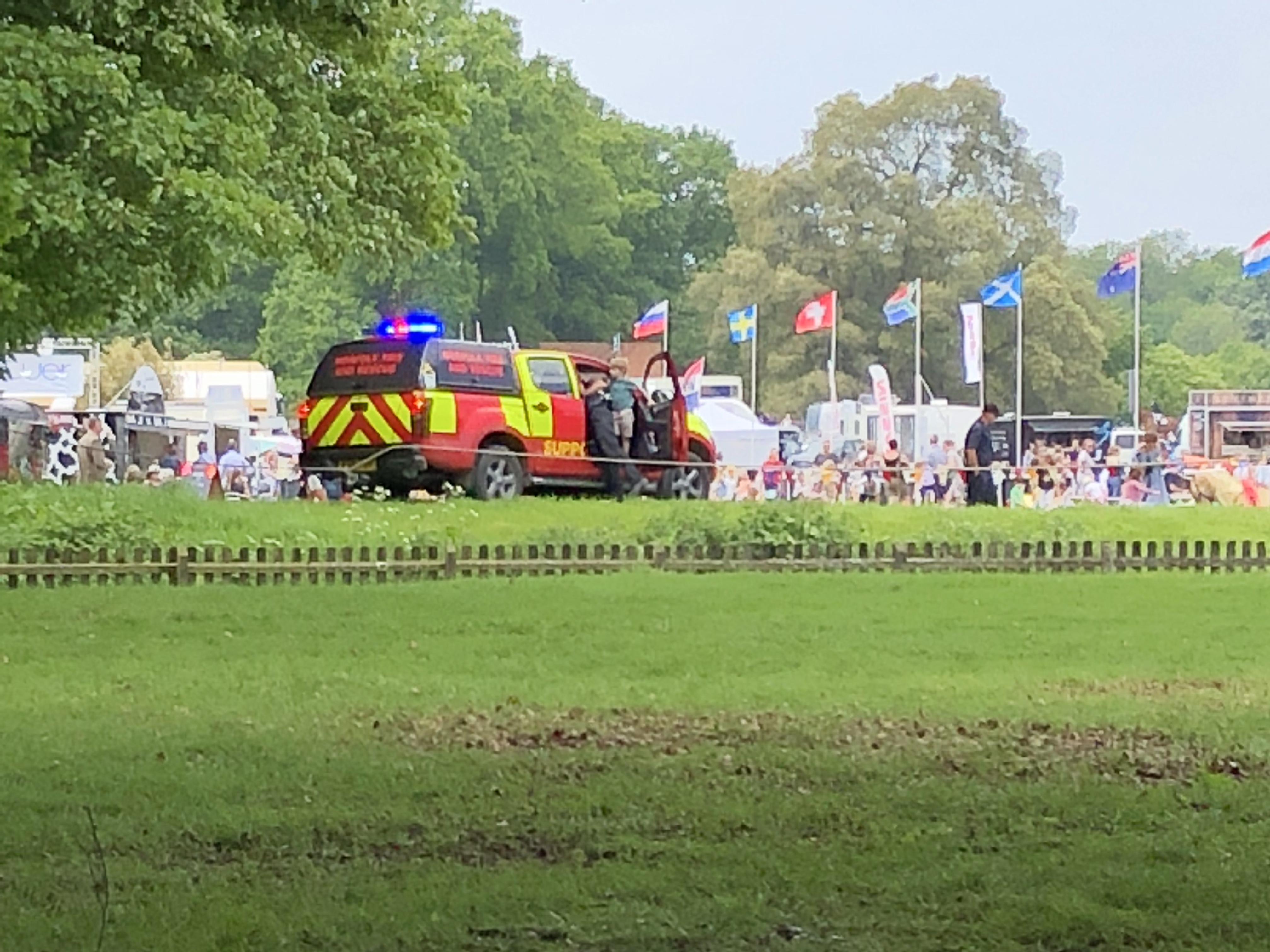 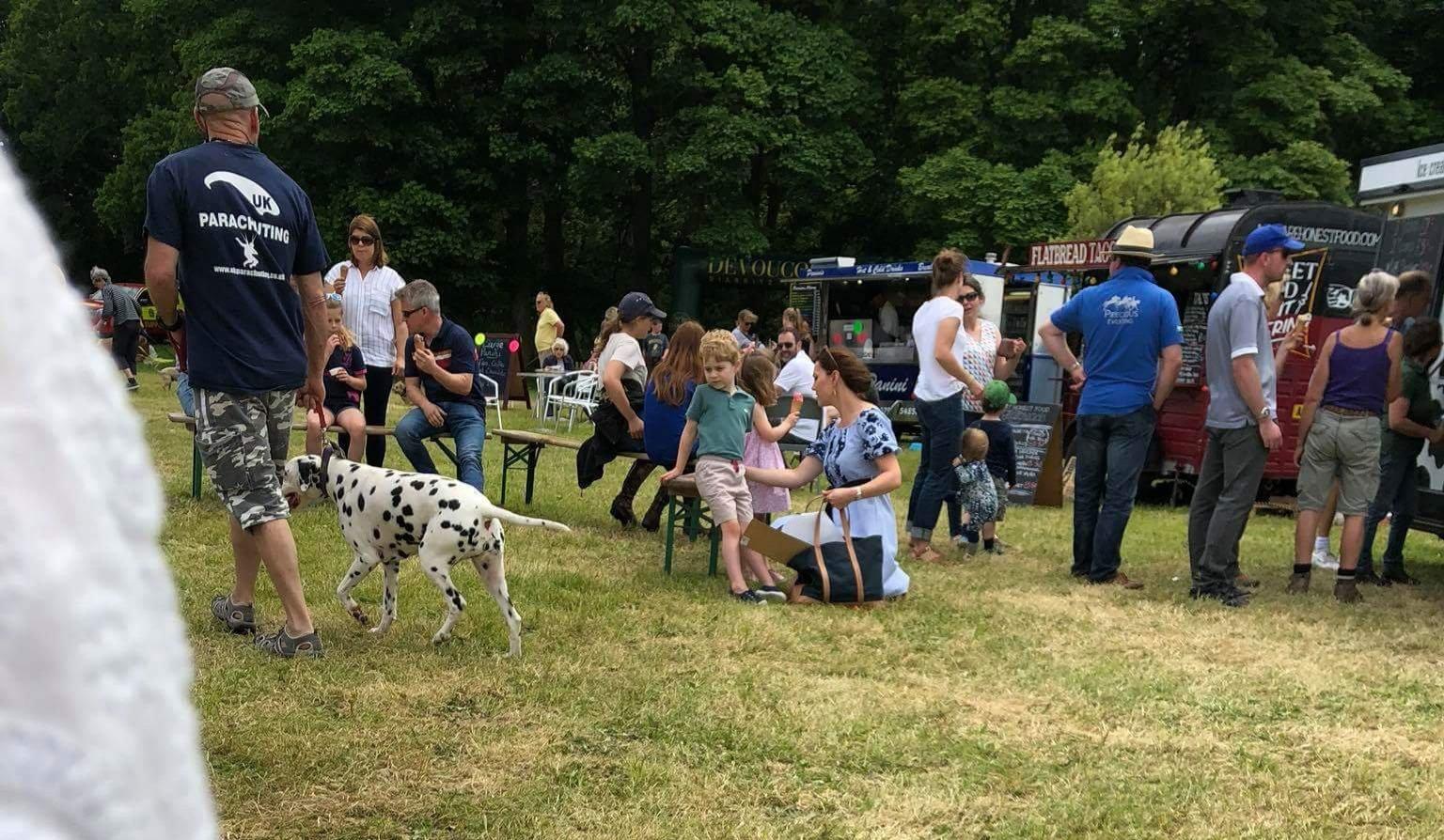 The Duke of Cambridge worked for the East Anglia Air Ambulance Service as a pilot.

George looked adorable in a green polo shirt and beige shorts and £26 navy pumps from Trotters, which matched his sister's canvas pair.

Charlotte looked equally as sweet in a pink floral dress as she tucked into a strawberry ice cream. 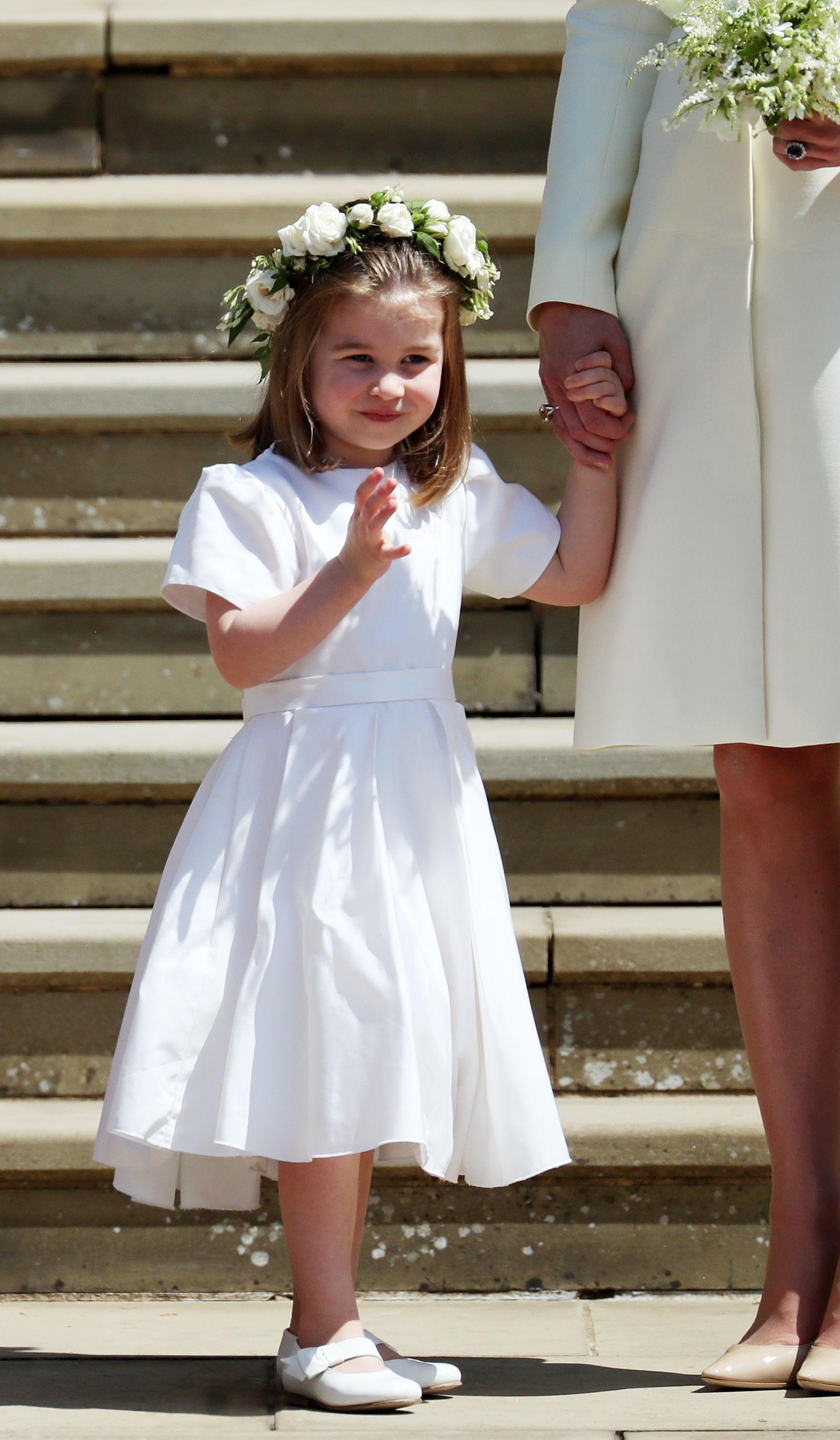 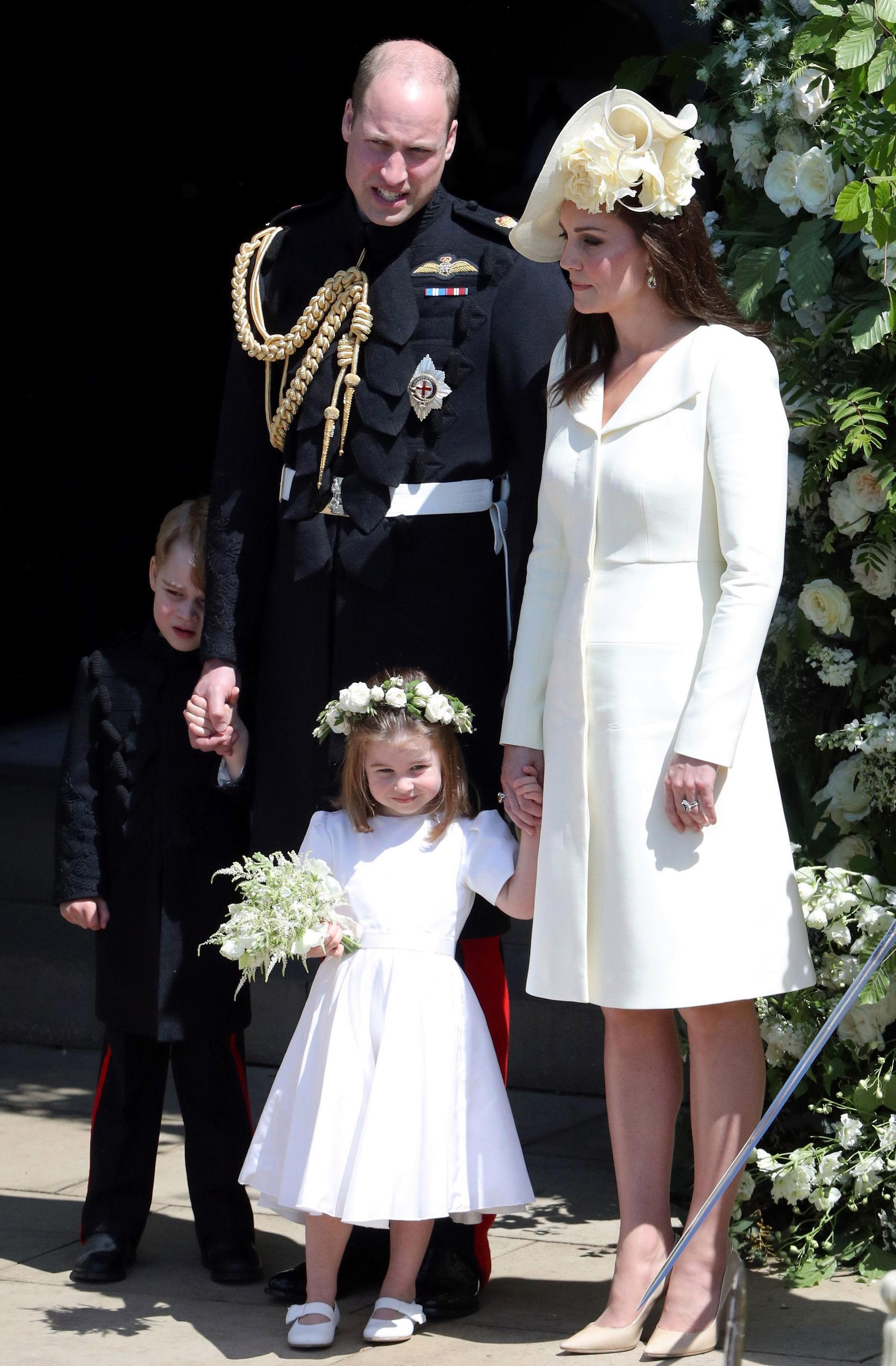 The trio looked like any other family as Kate knelt down to tend to her eldest children at the event.

It is the first time they have been seen since Prince Harry and Meghan Markle's star-studded wedding in Windsor last week.

Confident Charlotte touched the hearts of the public at the wedding when she waved from the steps of St George's Chapel in her white bridesmaid dress.

While George shyly hid behind his dad's legs, the page boy was seen beaming in the official Royal Wedding portraits.

The Houghton Horse Trials are a favourite event of the Cambridges, with the family seen at the event previously.

The three-day festival includes showjumping and eventing, with children's entertainment too.