Sir Keir Starmer says he will take in a Ukrainian refugee family fleeing the war zone.

The Labour leader said he intends to step up when the government announces a scheme allowing Brits to open their homes to people in need.

Boris Johnson confirmed the plan is in the works, with a full announcement expected on Monday.

The prime minister’s move to institute a new route to entry for Ukrainian families came amid mounting criticism of the government’s approach to the refugee crisis.

Asked whether he would be signing up, Sir Keir told The Times: ‘If necessary [I would], as many people would…I think we’re a very welcoming nation’

The 59-year-old lives in Kentish Town, North London, with wife Victoria and his two children.

He was speaking during a visit to Tapa military air base in Estonia yesterday, where UK forces lead the Nato deployment. 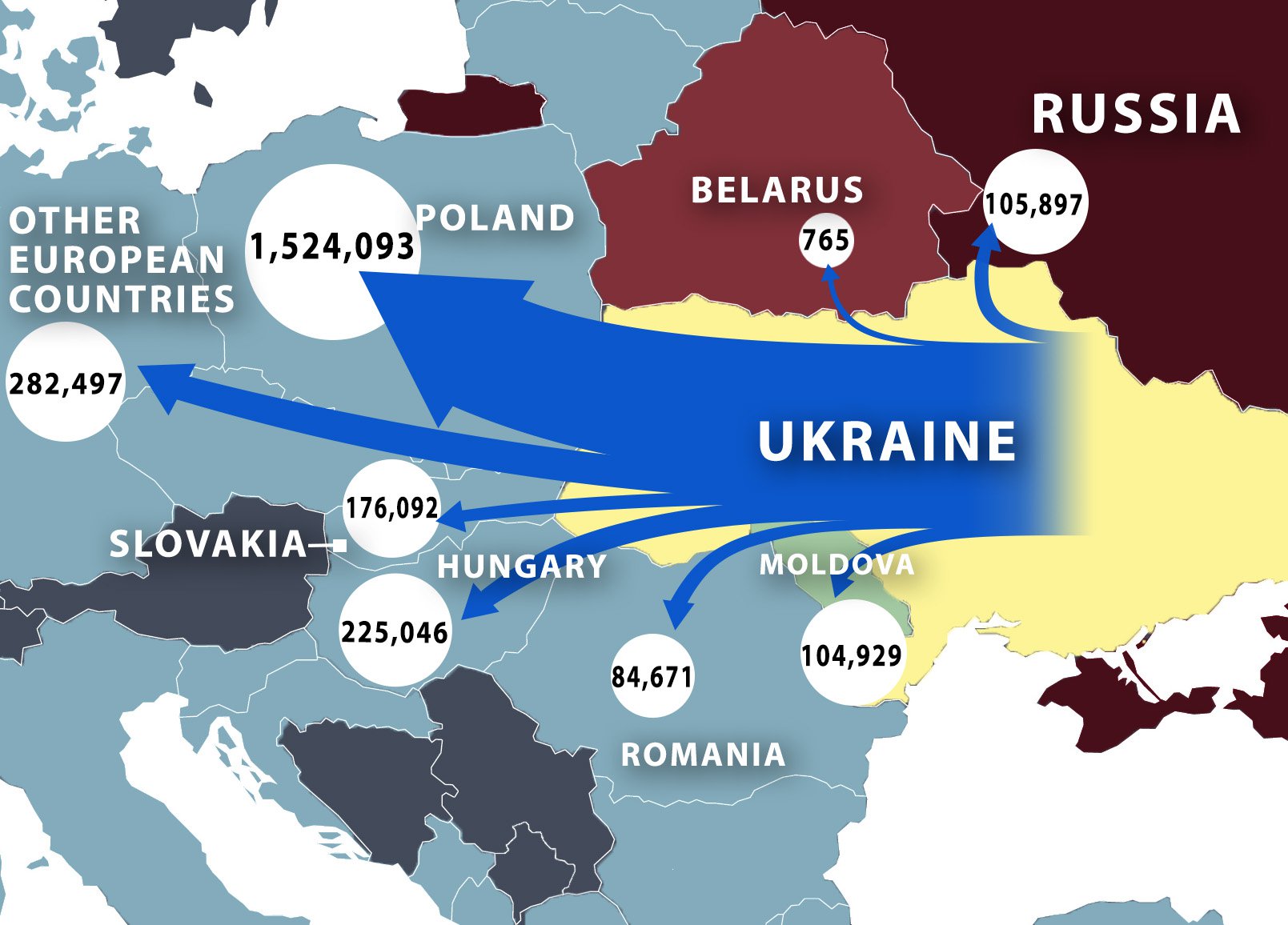 During the visit he reiterated his criticism of the Home Office’s slowness to make it easier for people to reach the UK.

Around two million have fled Ukraine – half of them children – in the last two-and-a-half weeks and more than 12 millions have been impacted by the war, according to the UN.

Ukraine’s ambassador to the UK has publicly called on the government to cut the amount of paperwork needed to gain entry.

Sir Keir told reporters: ‘I’m here in Estonia with British forces who have an incredible reputation across the world, enhancing our reputation as the United Kingdom

‘The Home Office approach to visas has been the complete opposite, a complete shambles that is diminishing our reputation across the world.

‘We’ve got a Home Office where the right hand doesn’t know what the left hand is doing and they need to restore their reputation, get on with the job, and find a way of having a safe route to sanctuary for people who are desperately fleeing for their lives.’

The current visa route for people fleeing the war in Ukraine is restricted to family members of people settled in the UK.

Another promised route, allowing individuals and companies to sponsor Ukrainians with no ties to the UK to come to the country, is expected to be launched on Monday.

According to the Times, the government has decided people who want to offer a home to those fleeing the war under the new scheme will need to commit to a six-month contract.

The newspaper cited a government source as saying: ‘It’s about making sure we have secure offers.

‘Unfortunately it’s going to need to be a long-term scheme as it doesn’t look like they’ll be going home any time soon.’

Russia-Ukraine war: Everything you need to know

Since Russia’s invasion of Ukraine began on February 24, the country has suffered widespread damages and loss of life amid a major bombing campaign.

Countries have retaliated by imposing sanctions on Russia and oligarchs such as Roman Abramovich, while large companies like Disney, Starbucks, McDonald’s, and Coca-Cola have suspended business in the country.

However, despite these economic blows, Russian President Vladimir Putin hasn’t shown any signs of calling off the attack anytime soon, with a convoy moving closer to the capital Kyiv.