Actor Keith Allen demanded the vandals who smashed the window and door of his restaurant apologise to his ‘heartbroken’ partner Tamzin Malleson.

Allen said Ms Malleson, 44, was distraught after The Diner restaurant she opened in Stroud, Gloucester, last year was targeted by vandals for the third time.

The incident was caught on CCTV and two men, aged 18 and 27, were arrested on suspicion of criminal damage, and have since been released under investigation, police said. 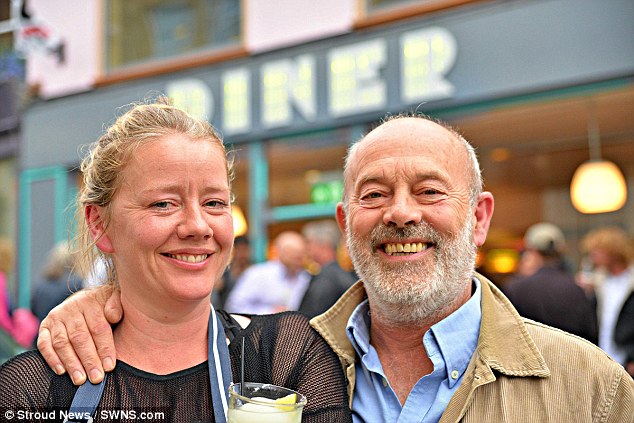 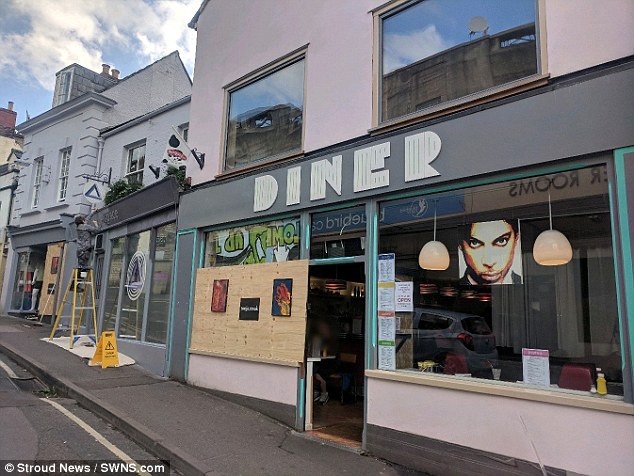 Keith Allen’s the Diner restaurant, which he co-owns with his partner Tamzin Malleson, was vandalised in Stroud 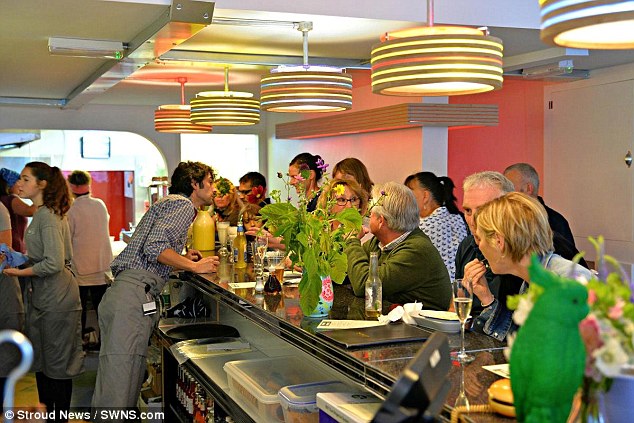 Allen, 65, who is currently appearing on BBC One’s Celebrity Masterchef, posted on Facebook to invite the suspects to come to the diner and apologise to actress partner, Ms Malleson.

He wrote: ‘To whoever this may concern… on Friday night two drunks put in the window of the diner and the yoga centre. We’ve got them on CCTV, which police now have.

‘They were caught and arrested and charged. This morning at 8.50am the door glass was kicked in… the third time this year.’

He continued: ‘I know you’re not a junkie. You didn’t have the haunted desperate look or demeanour of one.

‘In fact you look like you may have spent some time in the gym. You’re a big lad.’

‘If I’m allowed I’ll ask the magistrate to instruct you to come to the diner and meet the owner… my partner, Tamzin.

‘I will buy you your food, you’ll enjoy it, and then you can look into Tamzin’s eyes and hopefully apologise.’

Allen goes on in his post to describe long-term partner Tamzin as a ‘beautiful’ woman who ‘wants to make the world a better place’ and ‘create people’s happy memories’. 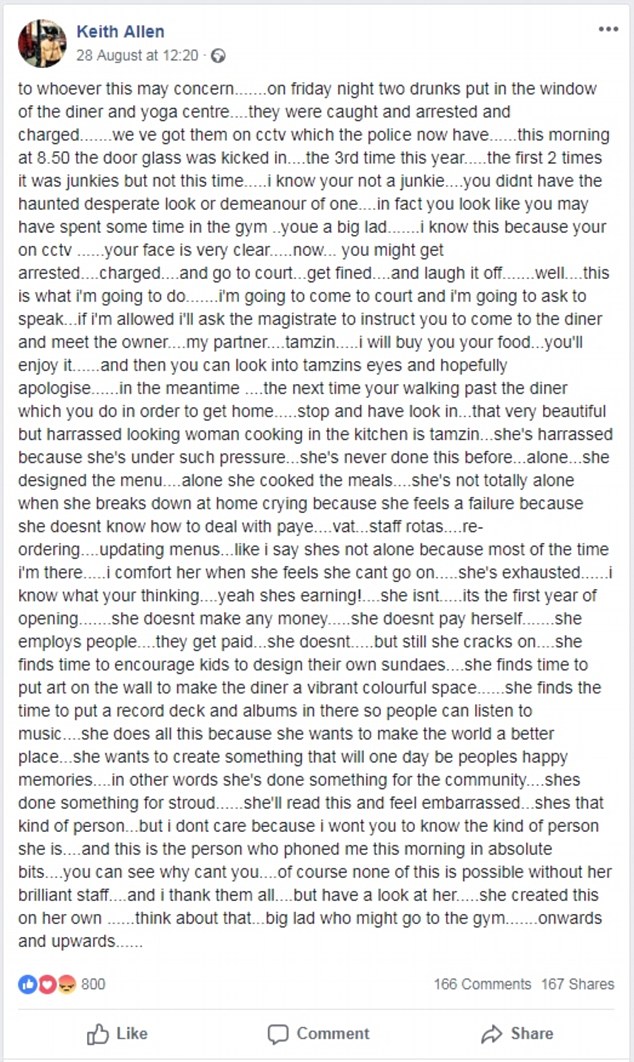 Keith Allen posted an emotional message on Facebook, urging the men responsible for the damage to apologise to his partner Tamzin Malleson 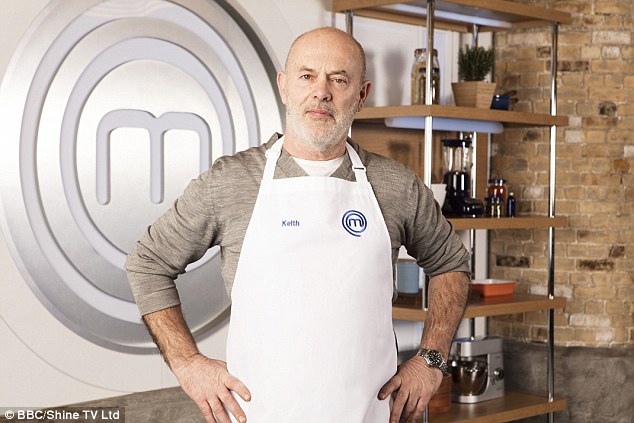 Allen, 65, who is currently appearing on BBC One’s Celebrity Masterchef, posted on Facebook to invite the suspects to come to the diner and apologise to actress partner, Ms Malleson

It read: ‘TWICE this weekend part of our property and other buildings adjacent to us have been targeted by thugs, scum, dirtbags. There’s no other words for them.

‘When we are allowed, I will be sharing the footage with you and publicly naming and shaming the people responsible.

‘This is not in the hope of any kind of retribution, but in the hope that the social stigma will be more effective than the punishments handed out by the courts, which seem to have no impact on them.’

They wrote: ‘Tamzin has poured her heart and soul into the diner, she works all hours of the day and night to push her business to success.

‘She loves Stroud and feels heartbroken every time this happens.

‘Our support and thoughts are with Tamzin and I know that the good eggs in Stroud will be thinking and doing the same,’ the post concludes.

It appears as if Mr Allen’s Facebook plea worked as one of the men believed to be responsible for the damage came into the restaurant and apologised to Ms Malleson for the damage.

He wrote: ‘Tamzin doesn’t know anything about the post… so imagine my surprise when I phoned to see how she was and she said “you’re not going to believe this.

‘”The guy who did it just walked in, asked for me, and apologised for putting the window in.”‘

He went on to add that he ‘respects’ the suspect for ‘manning up and accepting responsibility for his actions’ and described the apology as a ‘win win’. 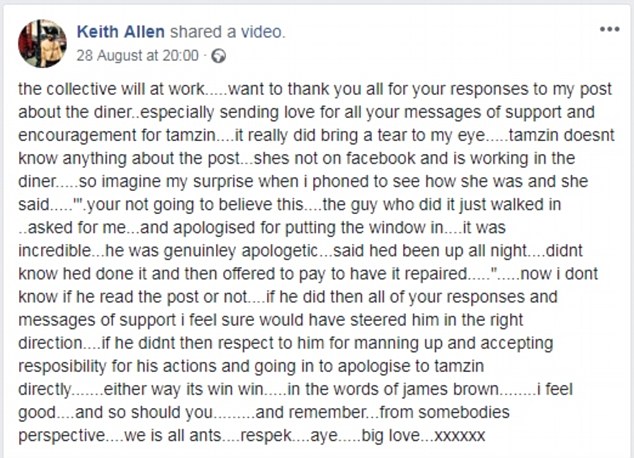