Plague of potholes in the garden of England: Kent is the cracked roads capital of Britain with 52,000 defects in three years, data reveals

Kent is the pothole capital of Britain, with more than 52,000 defects recorded in the past three years – almost 50 a day.

Across the country nearly 600,000 potholes were reported between 2018 and 2020, with repairs costing £99million a year, according to data from 67 of the UK’s biggest councils and Highways England.

The most potholes were reported in Kent, with 52,245, followed by Staffordshire with 40,725 and Fife with 36,056, according to Freedom of Information data obtained by comparison site GoCompare.

The fewest were in the London boroughs of Hammersmith and Fulham with 141 and Royal Greenwich with 199. 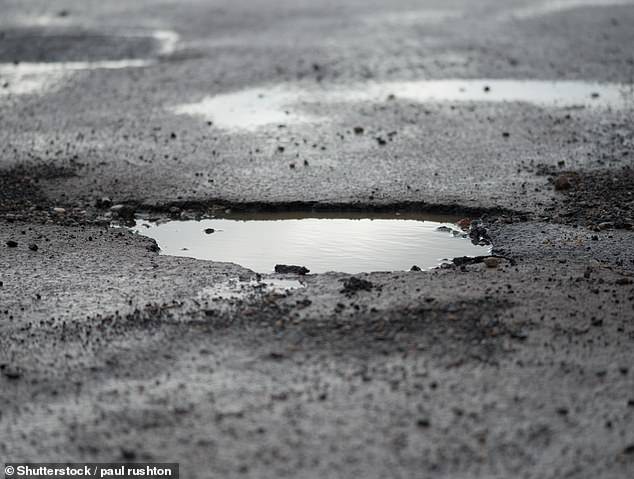 Kent is the pothole capital of Britain, with 52,245 defects recorded in the past three years, according to Freedom of Information data obtained by the comparison site GoCompare. (Stock image)

The data also showed councils in south-east England took the longest time to report and repair potholes, with an average of 31.3 days.

Highways England – which looks after motorways and major A-roads – and Birmingham and Sunderland councils, were the fastest with an average of just one day.

Potholes can cause damage from burst tyres to catastrophic impacts on suspension which may lead to a vehicle being written off.

The AA found one in three motorists said their vehicle had been damaged by potholes in the previous two years.

A spokesman for GoCompare said: ‘Drivers can claim for pothole damage on their car insurance, but they can also claim from the council, or authority, responsible for maintaining the road where it occurred.’ 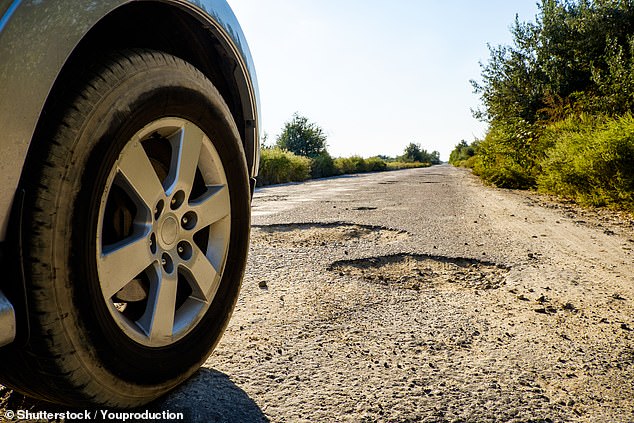 The data also showed Staffordshire had 40,725 potholes and Fife in Scotland had 36,056. (Stock image)

The AA said that although the effects included ‘damage to tyres and bodywork, and even led to crashes’, just only one in five had reported the pothole to the local council or Highways England.

A spokesman added: ‘Unfortunately, potholes can’t be prevented as they’re caused by changes in temperature and water in cracks of the road surface.

‘Reporting them can help them get fixed more quickly, if the council doesn’t know about it, they won’t know it needs to be repaired.’

Potholes can be reported at https://www.gov.uk/report-pothole