A SNOWSTORM in Kentucky caused a massive pile-up that reportedly involved as many as 75 vehicles on a major highway due to icy road conditions.

The arctic blast shut down portions of Interstate 75, the Western Kentucky Parkway and Interstate 71 by Thursday afternoon. 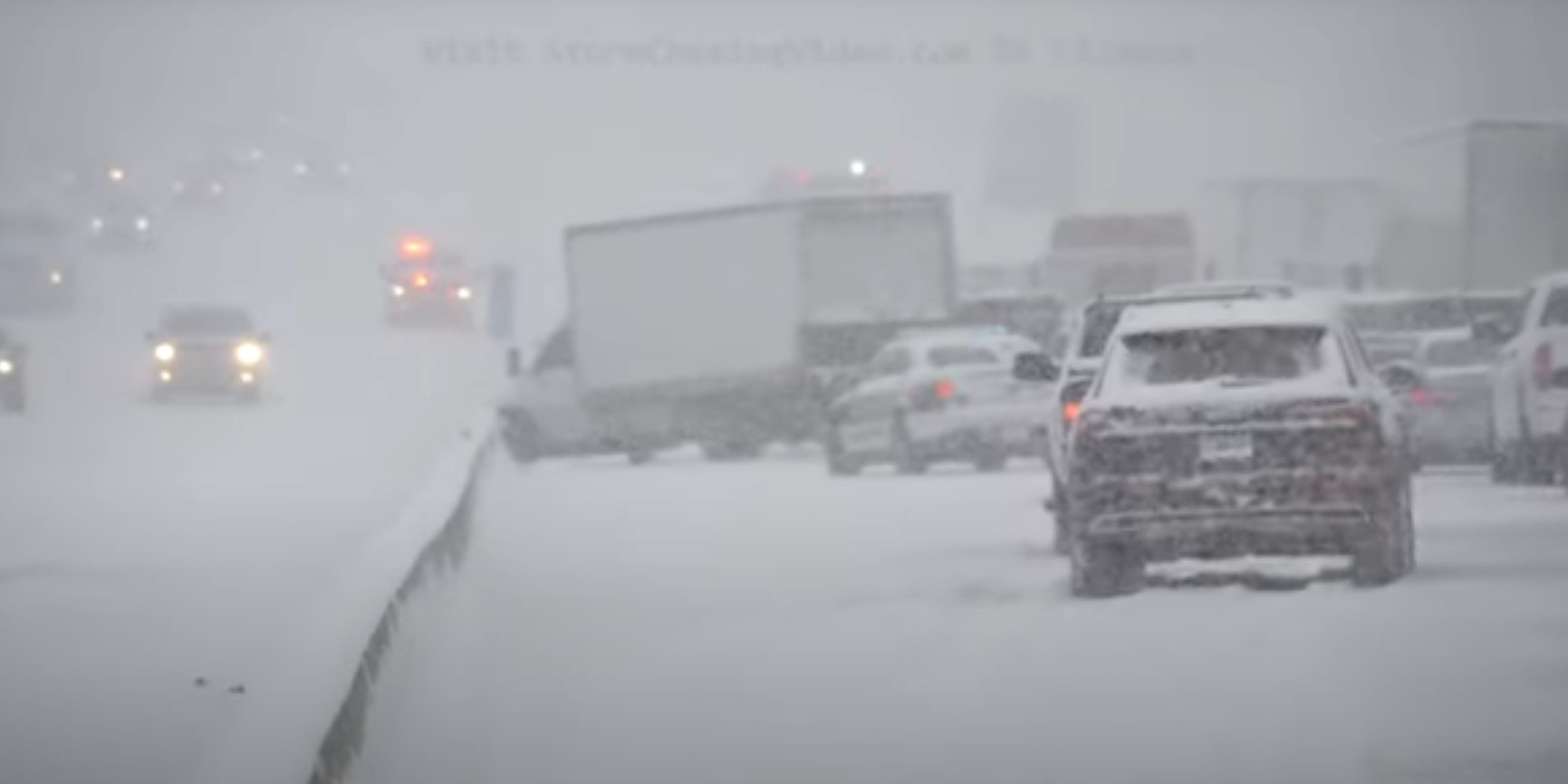 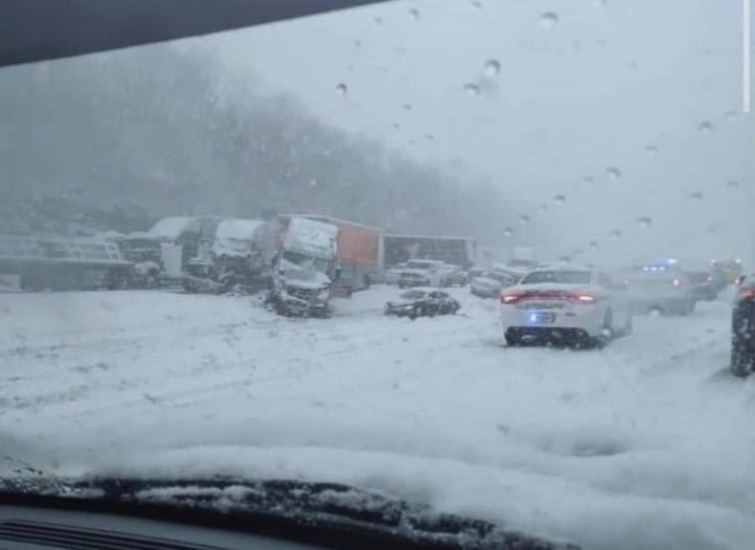 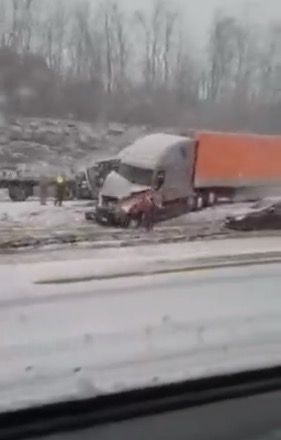 According to reports, the snowy conditions caused more than 75 accidents in the Fayette County area alone.

Kentucky State Police and Elizabethtown city officials said a more than 20-car pile-up on the Western Kentucky Parkway shut down both inbound and outbound lanes.

Stranded drivers shared videos and photos on social media, which showed multiple tractor-trailers and cars in the median.

“Please do not travel if you don’t have to today,” Beshear said. 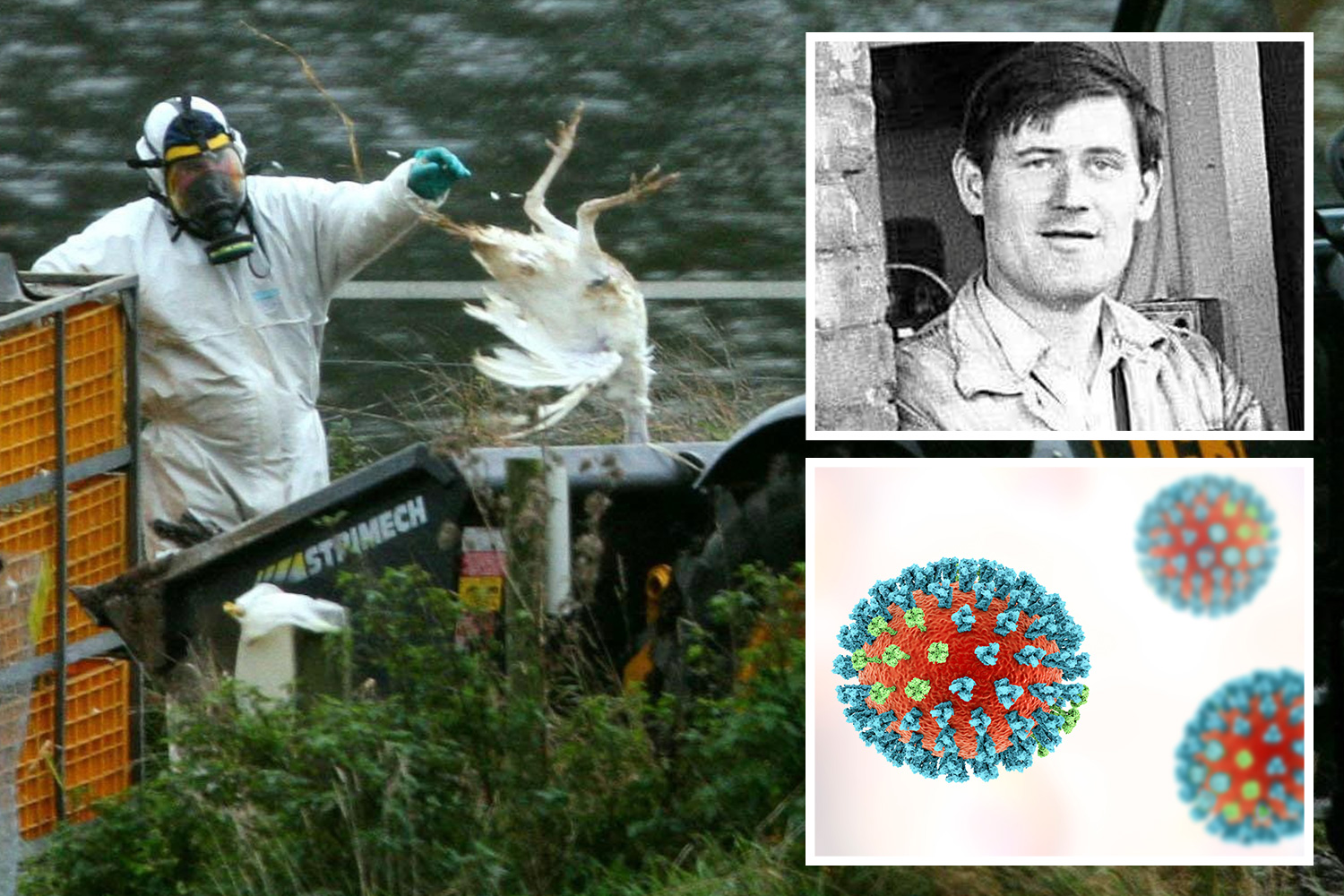 “The city needs the assistance of every resident,” Gorton said.

“We urge people to stay off the roads if you can. Help your neighbors, especially the elderly.”

“We are asking everyone to be patient and use caution,” Lexington Police Chief Lawrence Weathers said.

”Please slow down and allow yourself extra time.”

Pike County was expecting between 4 and 8 inches of snow by Friday.

Several states have continued to deal with heavy snowfall and frigid temperatures that have turned road conditions inside an ice rink.

In Tennesee, heavy snowfall caused a three-vehicle crash that left five injured after a fire truck and bus collided.

According to officials, the pile-up involved a Nashville Fire Department truck, a WeGo Public Transit bus and another vehicle.

Five people, including two firefighters, were rushed to local hospitals. The status of their injuries is unknown.

On Wednesday, heavy snowfall in Michigan sparked several vehicle pile-ups, which involved at least 40 cars and a jackknifed semi-truck, left several injured on the US-131.

Also, on Wednesday, a major freeway in New York saw over 20 cars piled up as arctic air and snowfall hit the East Coast, causing delays at LaGuardia Airport.

The Westchester County Police shared a photo that showed multiple cars piled up near Boston Post Road in Pelham, NY. 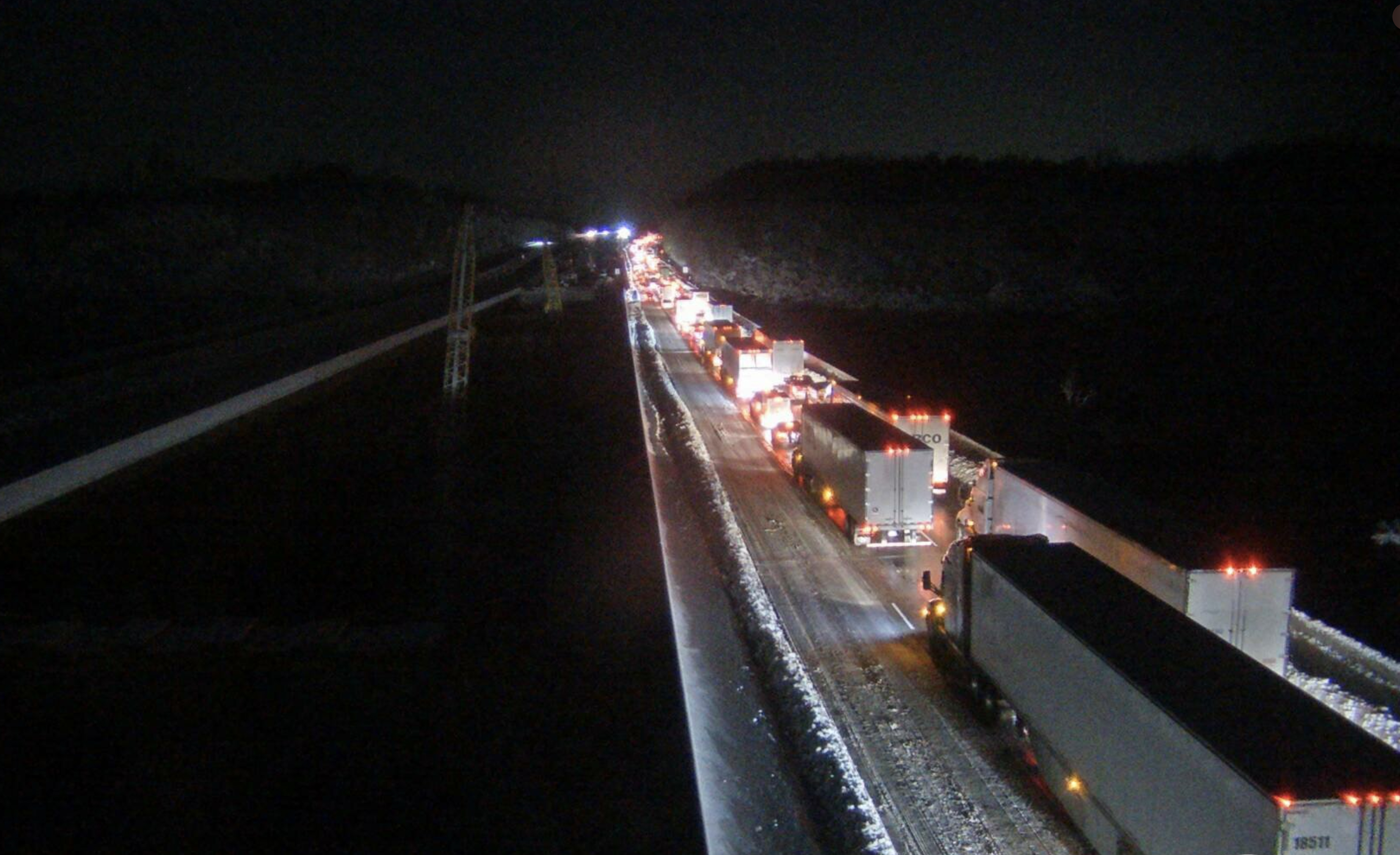 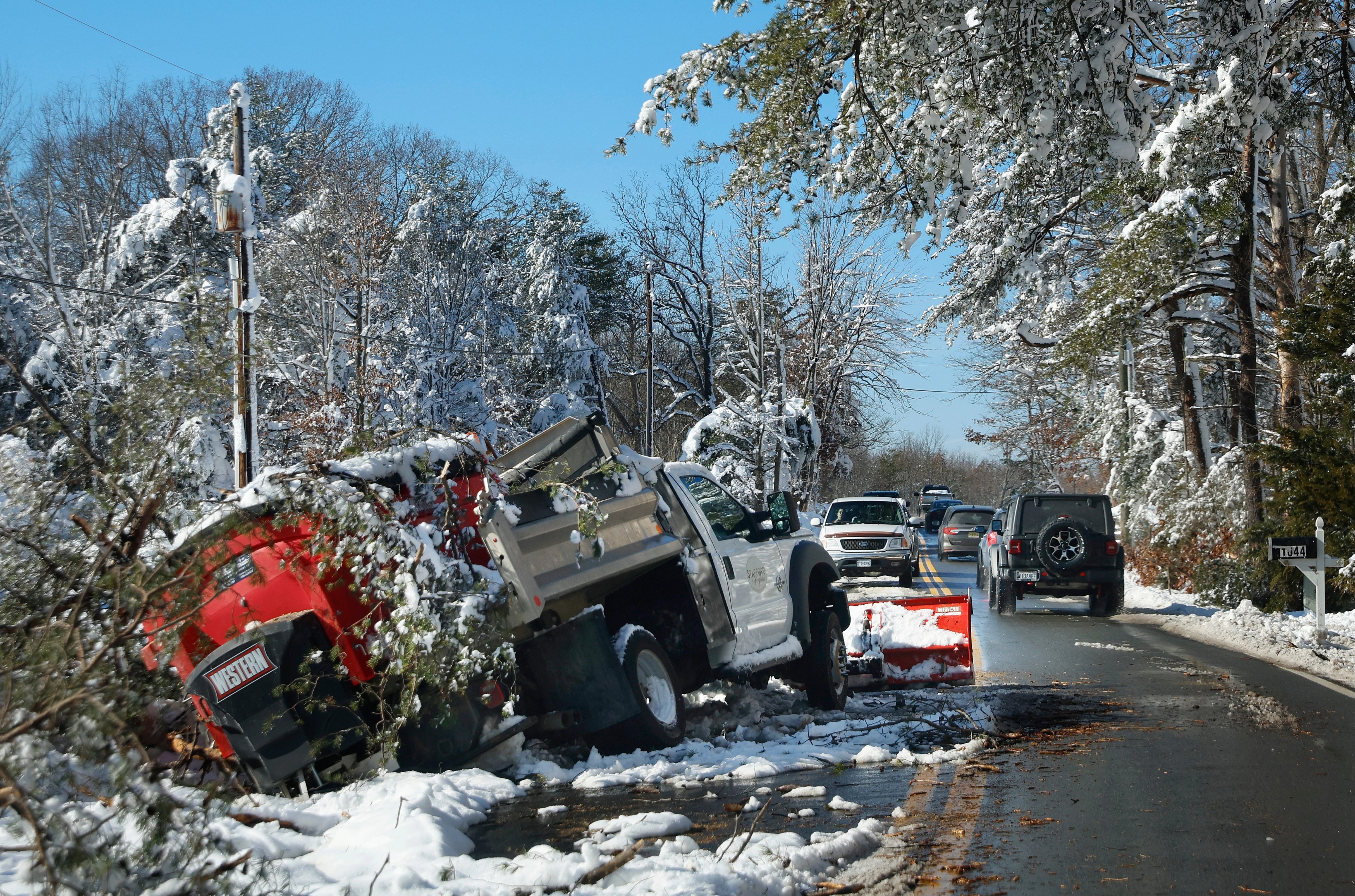 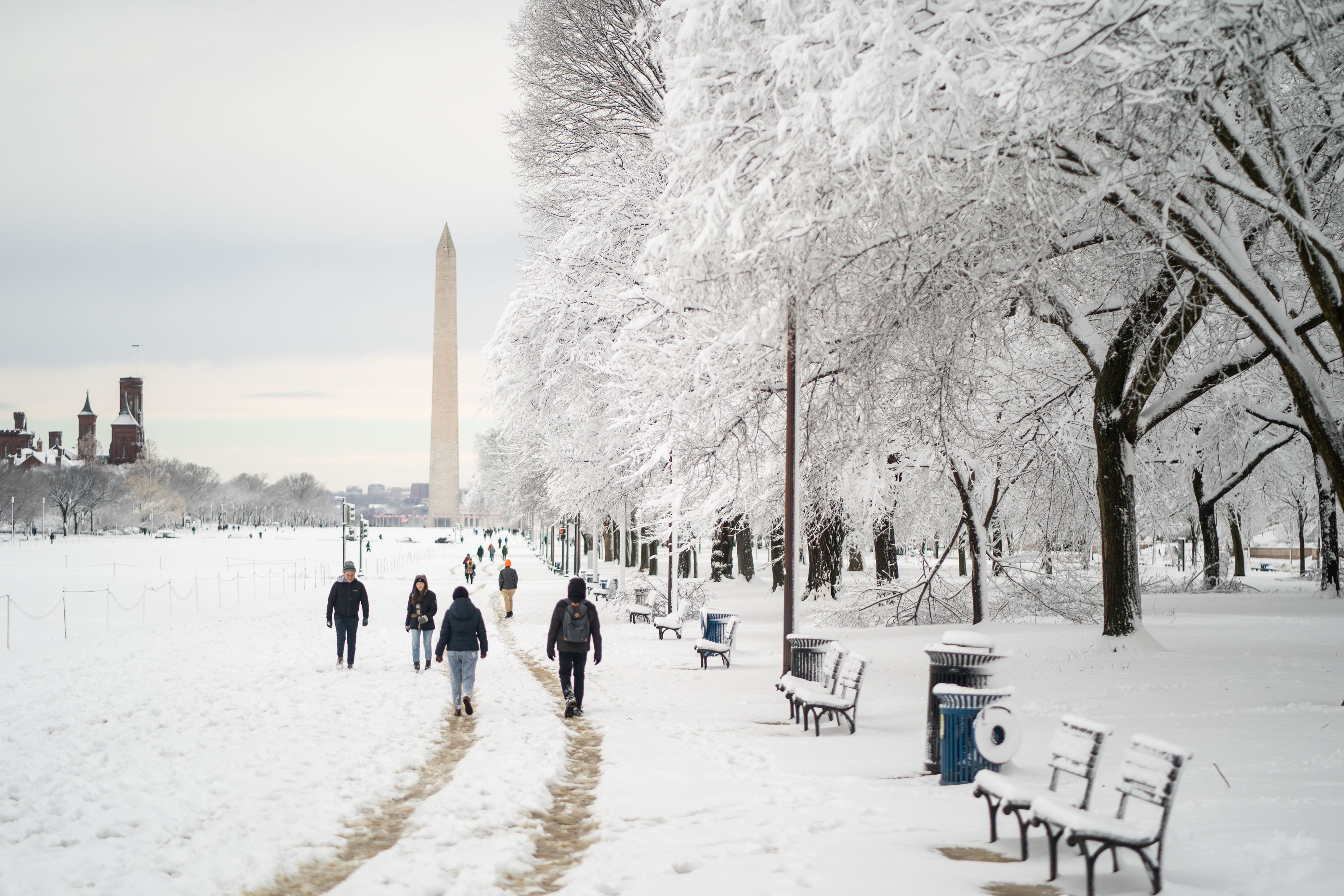 Freezing rain in the Tri-State area caused ground delays at LaGuardia airport as all flights were stalled for at least an hour.

On Monday, hundreds of drivers were stranded for more than 15 hours on Interstate 95 near Virginia.

Cars and trucks remained gridlocked on the I-95 as of 5am local time on Tuesday, while around 400,000 people were left without power.

According to the National Weather Service., Fredericksburg saw around 14 inches of snow, while temperatures plunged to bitter lows of 13F overnight.

Meanwhile, around 12 inches of the white stuff fell in Chancellorsville.

Some stranded motorists spent more than 20 hours in the massive traffic jams.

Per WTOP, some were left without heat as they had to turn off their car engines to save fuel.

One person told the outlet that they had been stuck on the interstate with their three kids, including a baby.

Another said he had been stuck in traffic on the interstate for two-and-a-half hours, fearing he would miss his dad's funeral.

Senator Tim Kaine said he had been stuck on the interstate for 19 hours while heading to Washington DC.