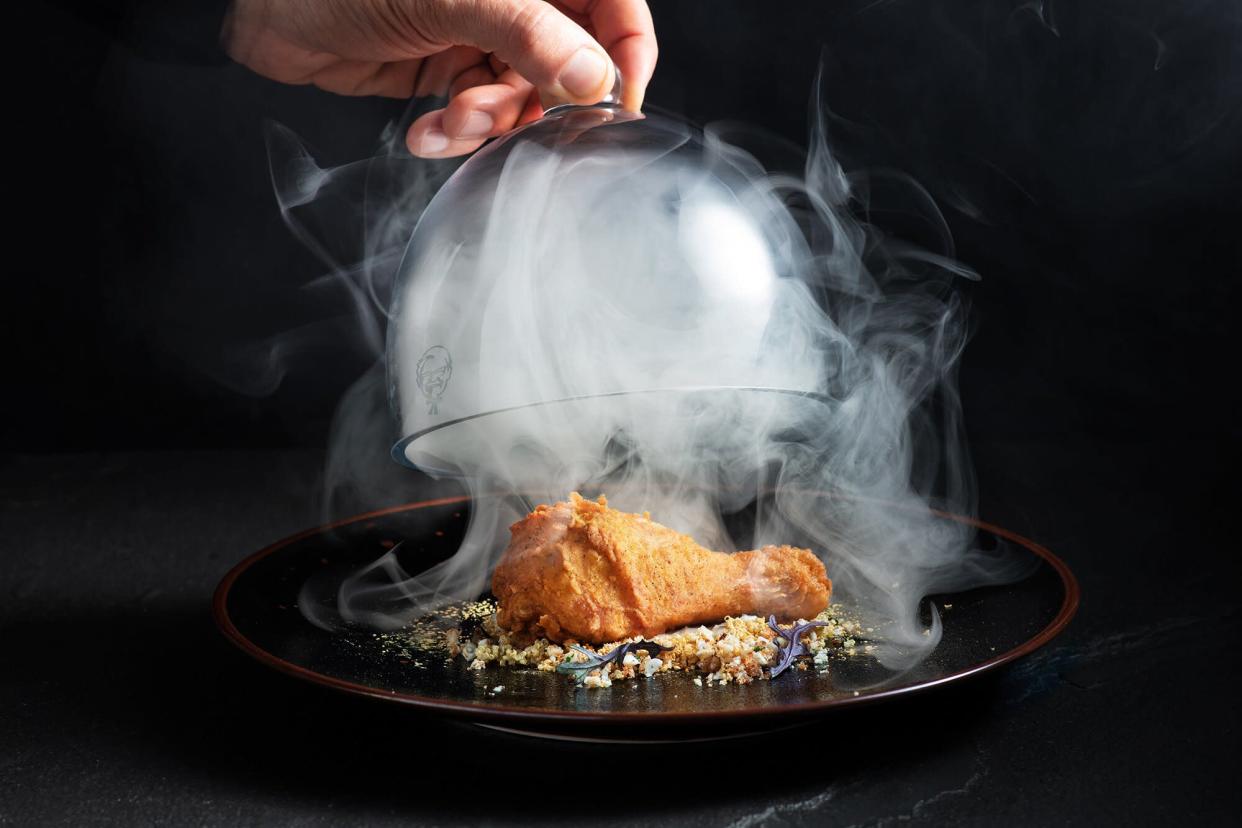 Until this week, if you wanted to have an 11-course meal at KFC, you would've had to arranged your own by, say, adding the three piece Famous Bowl Fill-up to an eight-piece meal. But that was before KFC Australia put together an official 11-course Degustation menu, which was created in partnership with Nelly Robinson, the chef and patron of Sydney's nel. restaurant.

"What's a degustation? This is the first question we asked ourselves," KFC Australia wrote on its website. "Some would say it's a progression of rare and familiar Kentucky Fried Chicken herbs, spices and sensations. Where texture, flavor and harmony is elevated into the stratosphere. But that's ridiculous. Degustation is just a fancy way of saying heaps of food." 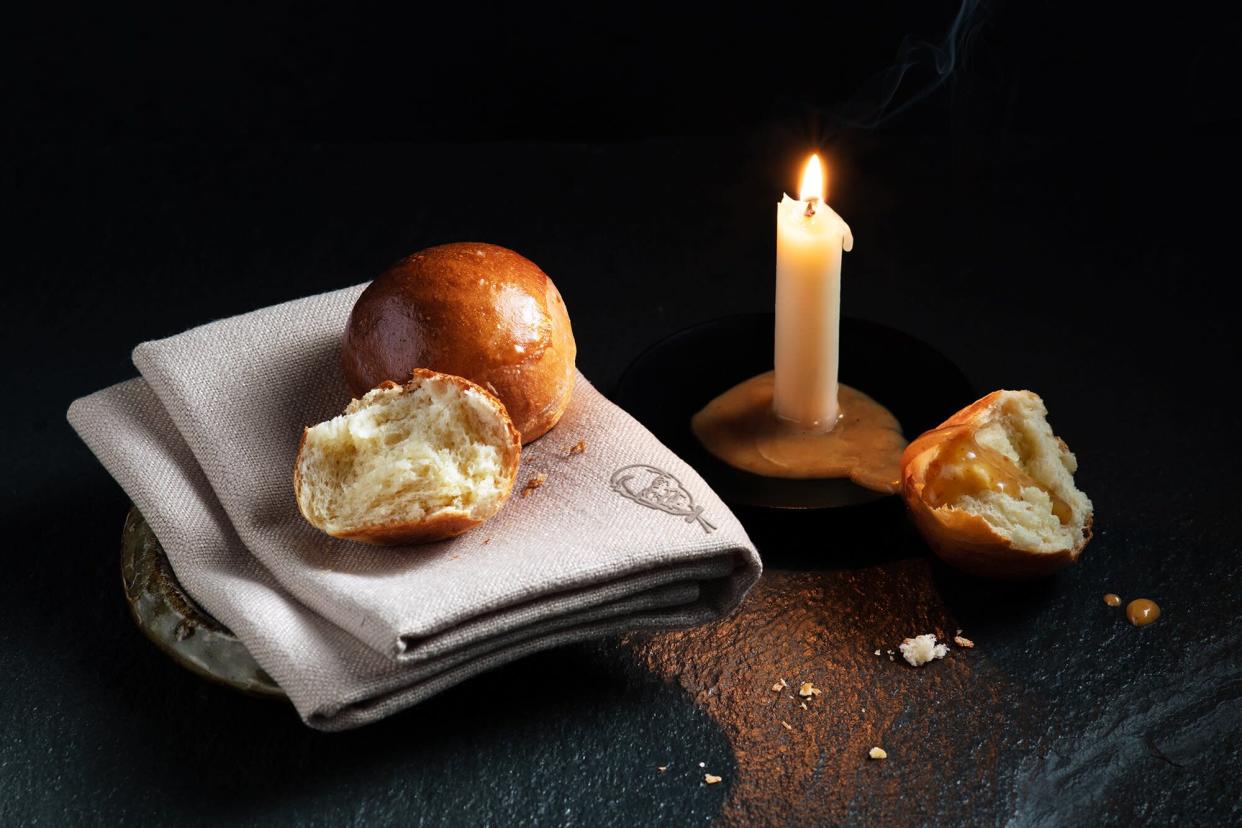 They're definitely delivering on the "heaps of food" parts. According to a press release, the 11 courses will include Supercharged Wings, which have been "beautifully charred" over a bed of charcoal; a Potato and Gravy course in which a potato bun is accompanied by a "gravy candle"; Popcorn Chicken served with celeriac soup, mushroom gnocchi, and basil; an Original Recipe drumstick that has been dusted with quinoa and gold; and the "Tongue Twister," which seems to be a variety of sauces that have been poured onto a plate in the shape of Colonel Sanders' face.

"As a lifelong fan of KFC, creating an 11-course degustation with their most-loved menu items and elevating them to new heights has been a dream come true," Robinson said in a statement. "For the menu, I've taken 11 KFC dishes and reimagined how the flavors and textures come to life using my expertise in degustation menus to truly blow fans away. From Wicked Wings cooked on charcoal fires to edible stencil art of the Colonel's face, we have crafted a high-end dining adventure, just like guests would find at my degustation restaurant."

As you might've guessed, this is proving to be a popular offering, and KFC Australia has opened its online waitlist for anyone who wants the chance to down a gravy candle and a gold-dusted drumstick. The as-yet-to-be-announced KFC location in Sydney will be open from Friday, April 1 through Sunday, April 3, and there are seatings at 4:45 p.m. and 8:15 p.m. on all three nights. The 11-course degustation menu costs $75 per person, and reservations will be accepted for tables of two and four. KFC Australia is donating 100 percent of the profits to its charity partners, which include The Black Dog Institute, ReachOut Australia, and WhiteLion.

"Our fans will experience KFC in ways they could never have imagined as they are taken on a world-first culinary journey that looks and tastes uniquely KFC," Kristi Woolrych, the chief marketing officer at KFC Australia, said. "We've pulled out all the stops to make it a magical moment and one that our guests will never forget."