The self-exiled 59-year-old also described some of the prince’s aides, including since-dismissed media adviser Saud al-Qahtani, as ‘very thuggish’, saying that ‘people fear them… you challenge them, you might end up in prison’.

Speaking off the record to a Newsweek journalist working on a story about the Saudi leadership, Khashoggi insisted he did not view himself as ‘an opposition’ – he just wanted ‘a better Saudi Arabia’.

It comes as Saudi Arabia has finally admitted Khashoggi is dead after offering various explanations for his disappearance more than two weeks ago.

The country has carried out its own investigation into what happened to him at its consulate in Turkey and claimed Friday evening he died after an altercation on October 2. 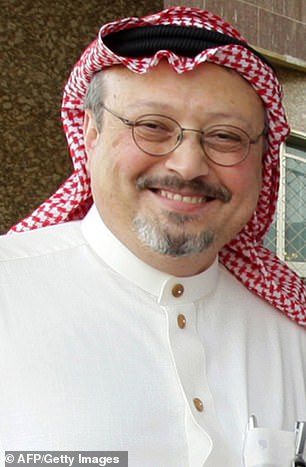 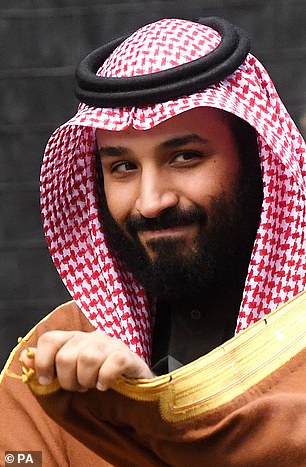 ‘I’m not calling for the overthrow of the regime, because I know it’s not possible and is too risky, and there is no one to overthrow the regime,’ Khashoggi said in the interview.

‘I’m just calling for reform of the regime.’

He also described Prince Mohammed as ‘an old-fashioned tribal leader’ out of touch with Saudi’s poor.

‘Sometimes I feel that … he wants to enjoy the fruits of First World modernity and Silicon Valley and cinemas and everything, but at the same time he wants also to rule like how his grandfather ruled Saudi Arabia,’ Khashoggi told Newsweek.

‘He still doesn’t see the people. When he sees the people, that’s when the actual reform will start.’ 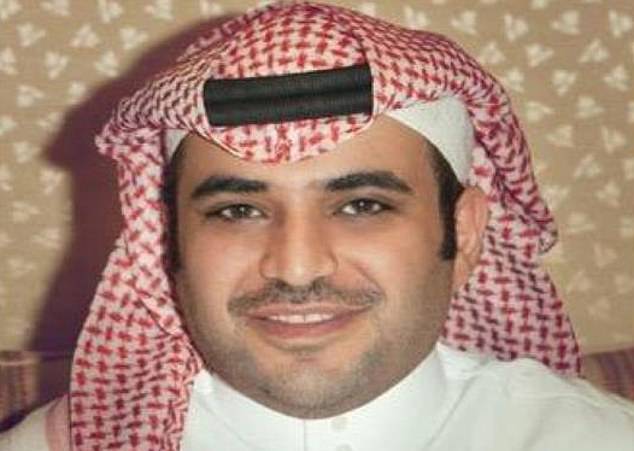 Khashoggi described two of the prince’s aides, including the since-dismissed media adviser Saud al-Qahtani (above), as ‘very thuggish’

‘People fear them. You challenge them, you might end up in prison, and that has happened,’ he said. 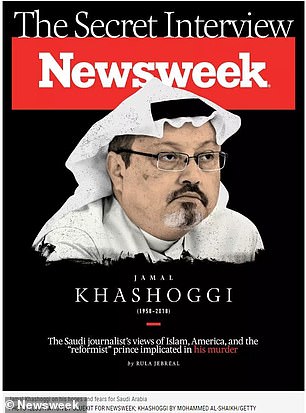 Khashoggi was last seen on October 2 entering his country’s consulate in Istanbul.

His disappearance had been shrouded in mystery, with Turkish officials accusing Saudi Arabia of carrying out a state-sponsored killing and dismembering the body.

Saudi Arabia finally admitted early Saturday that Khashoggi had died inside the consulate in what it described as a ‘brawl’.

The admission – after persistent claims by the Saudi authorities that Khashoggi had left the consulate alive – came following the threat of US sanctions.

The Saudi authorities have not yet said where his body is.

In the Newsweek interview, Khashoggi, whose disappearance tipped Saudi Arabia into one of its worst international crises, said pushback from the international community was vital to keeping the Saudi regime in check. 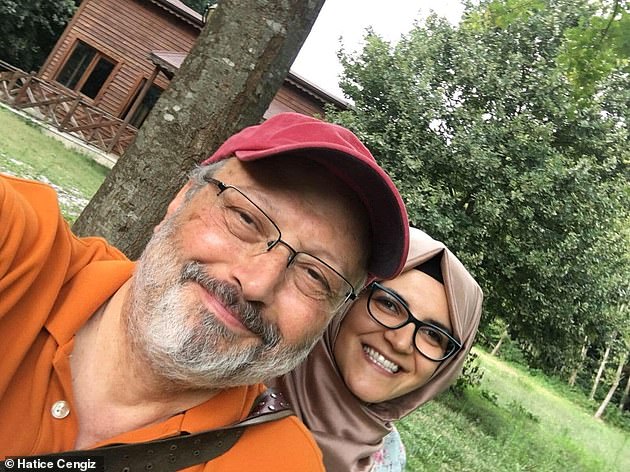 Jamal Kashoggi is seen with his finacee Hatice Cengiz, who stood outside the consulate waiting for hours after he walked inside on October 2, never to emerge

A key counsellor to Prince Mohammed, Saud al-Qahtani was a media advisor in the royal court.

He organised interviews with the prince for foreign journalists and also served as the head of the ‘Centre for Studies and Media Affairs’, a unit operating inside the royal court.

Saudi sources say Qahtani, said to be 40-years-old, steered online propaganda campaigns against the kingdom’s adversaries such as Qatar and Iran on social media.

With 1.3 million Twitter followers, the firebrand official was known for aggressively targeting dissenters and rivals on the platform.

Writing for the Washington Post earlier this year, Khashoggi alleged Qahtani maintained a ‘blacklist’ for writers critical of the kingdom and was known to intimidate them.

On October 3, the day after he went missing, officials told Reuters the journalist had visited the consulate and then left.

Saudi Arabia’s Crown Prince Mohammed bin Salman Al Saud was interviewed by Bloomberg on the same day and said no one knew what happened to Khashoggi.

On October 4, a statement from the consulate said it was ‘carrying out follow-up procedures and coordination with the Turkish local authorities to uncover the circumstances of the disappearance of Jamal Khashoggi after he left the consulate building.’

On October 7, Saudi officials slammed a Reuters report which claimed the journalist was killed and 15 Saudis flew to Turkey and visited the consulate on the day Khashoggi went missing. The officials called them ‘baseless allegations’.

On October 9, Saudi ambassador to the United States, Prince Khalid bin Salman, said claims Khashoggi had been murdered in the consulate were ‘absolutely false, and baseless’.

He said: ‘Jamal has many friends in the Kingdom, including myself, and despite our differences, and his choice to go into his so called ‘self-exile’, we still maintained regular contact when he was in Washington.’

The crown prince and the king told Donald Trump they knew nothing about the disappearance, the president said in an interview with the AP on October 16.

On October 19, Saudi Arabia admitted Khashoggi had died during a fight at the consulate.