Killer, 25, who murdered and robbed a mechanic, 67, at his rural cottage to ‘fund a lifestyle he couldn’t afford’ after hearing how the pensioner kept thousands of pounds in shoeboxes faces life in jail

A ‘cold and calculated’ killer has been found guilty of brutally murdering and robbing a mechanic at his rural cottage to ‘fund a lifestyle he couldn’t afford’.

Steven Sidebottom, 25, had denied killing Brian McKandie, 67, at his home in Badenscoth, near Rothienorman, Scotland, on March 11 2016.

Police originally ruled the death an accident but a post-mortem revealed Mr McKandie had suffered 15 blows to the head and a murder inquiry was launched.

A jury at the High Court in Aberdeen deliberated for 11-and-a-half hours over three days after before finding Sidebottom guilty. 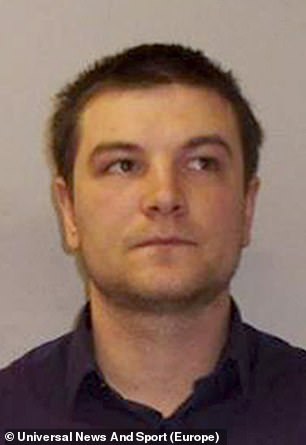 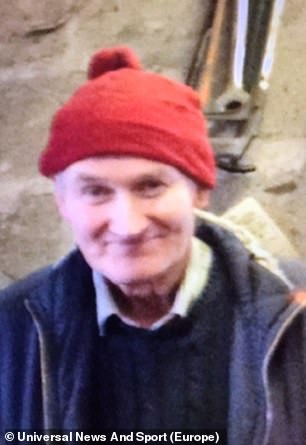 Steven Sidebottom, 25, (left) has been found guilty of murdering Brian McKandie, 67, (right) at his home in Badenscoth, near Rothienorman, Scotland in 2016

Judge Lord Uist told him he faces life in prison when he returns for sentence next month and said he was guilty of a ‘brutal murder’.

Speaking outside the court Detective Superintendent Iain Smith said Sidebottom carried out the murder and robbery to ‘fund a lifestyle he couldn’t afford.’

DS Smith said Sidebottom was: ‘Someone desperate for money to fund a lifestyle he couldn’t afford but managed to squander thousands of pounds the days following Brian’s murder.

‘He also went to extreme efforts to cover his tracks and spun a web of lies to deceive the people around him.’

During the trial is was said that Sidebottom had a VAT bill to pay and was worried about financing his girlfriend’s birthday present, reports STV News.

Mr McKandie was said to be well known in the area for carrying out cash-in-hand car repairs at the garage at his home.

He would even joke that the money he received for jobs would ‘top up’ his ‘shoebox’.

Weeks after his body was found police found a number of sweet and biscuit tins and shoeboxes containing about £200,000, reports the BBC. 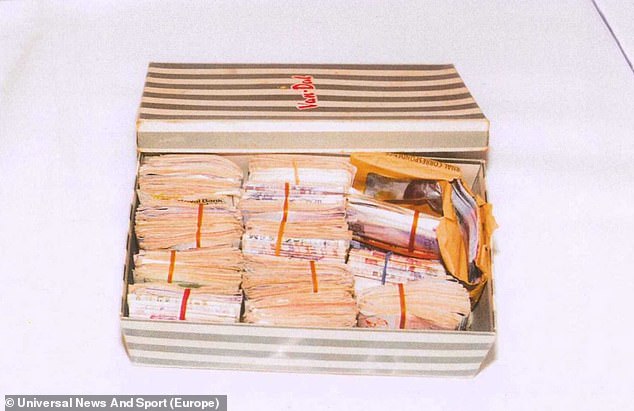 Weeks after Mr McKandie’s body was found police discovered a number of sweet and biscuit tins and shoeboxes (pictured with cash inside) containing about £200,000 at his home

The High Court in Aberdeen had heard how Mr McKandie’s body was found in a bloodbath at his home on March 12 2016.

It was said that Mr McKandie died in a savage attack that started outside his house and continued in the front hall.

However his body wasn’t discovered until customers came calling the next day.

Despite the bloody scene police officers who attended the property ruled his death an accident and didn’t begin a full forensic examination of the scene for six days.

It then took seven weeks before a massive haul of cash was discovered inside the house, totalling more than £200,000.

Mr McKandie’s estate was later valued at over £800,000 – wealth beyond anything imagined by his friends or relatives.

In the time between the death and the murder probe starting, the house had sat virtually unguarded by police with no measures to protect forensic evidence.

Seven months later, police became suspicious of inconsistencies in statements made by Sidebottom and he came into the frame for the murder. 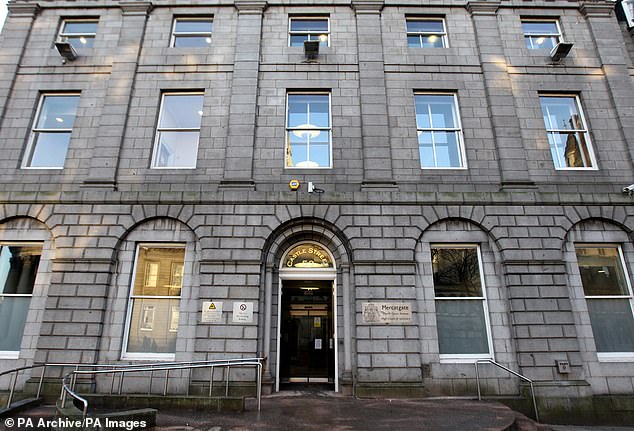 A trawl of his phone records placed him close to Mr McKandie’s property at the time it was believed he was attacked – though that evidence could also have placed him at his own home.

He had also been seen with a ‘wad’ of ‘thousands of pounds’ in cash around the time – money that nobody could account for.

Text messages showed Sidebottom had been planning a ‘job’ that would involve him ‘doing someone in’ to recover cash.

Following the guilty verdict members of Mr McKandie’s family stood outside court as DS Smith read a statement on their behalf.

It said: ‘He was a much-loved and respected member of the community – a hard-working and quiet man who wouldn’t have done anyone a bad turn.

‘Every day we think about what happened to Brian in the home he lived his whole life, and every day we struggle to understand why this happened to him.

‘The reality is we will never understand why Brian, a complete gentleman, died in such a brutal and senseless way, and it is something we will never come to terms with.’

DI Smith praised the family’s ‘courage and dignity’ throughout the lengthy police investigation and court process that followed.