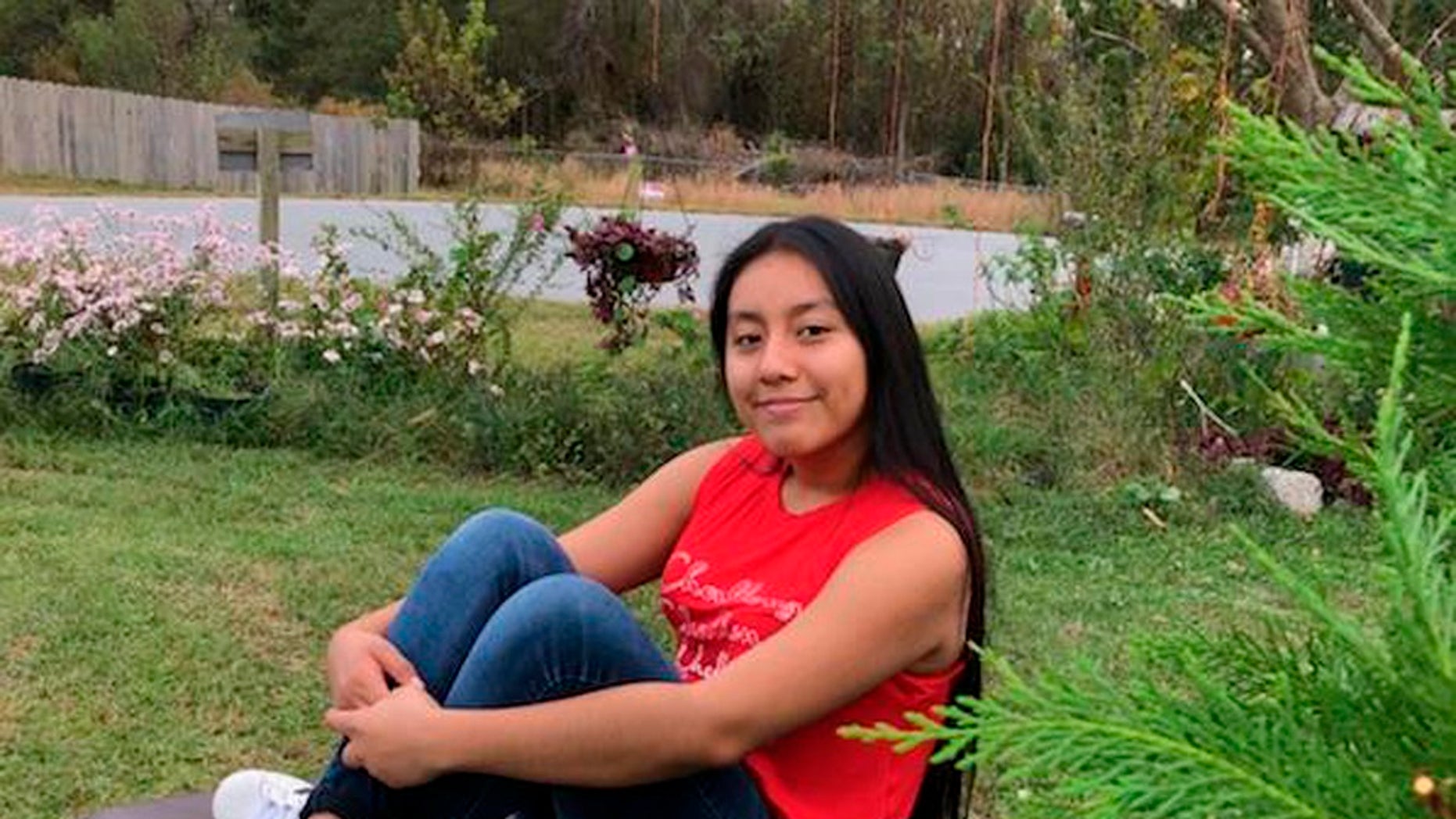 A 34-year-old man has been arrested in connection with the kidnapping and death of a teenage girl in North Carolina last month that set off a three-week search for her.

The suspect, identified as Michael Ray McClellan, was already in jail on an unrelated charge when he was charged in the rape, murder and kidnapping of Hania Aguilar, FOX 46 of Charlotte reported in a Twitter message early Saturday.

It was not immediately clear what charges McClellan will face or how he came into contact with the 13-year-old.

Hania Aguilar was waiting outside her Lumberton mobile home park on Nov. 5 when she was kidnapped. After a three-week search, her body was found off a rural road, seven miles away, the Charlotte Observer reported.

Meanwhile, the dead girl's family was struggling with a separate matter: Her father, Noe Aguilar, was denied a visa so he could travel from Guatemala, where he resides, to attend her funeral in North Carolina on Saturday, his lawyer said.

Noe Aguilar traveled to the U.S. Embassy in Guatemala on Monday to ask for an expedited visa to enter the U.S. for the funeral, but U.S. officials determined he lacked strong ties to his home country and denied him on the spot, his attorney Naimeh Salem told the New York Times.

“To tell you the truth, with past administrations, we never had a problem like this. With this administration, most everything that is discretionary is getting denied," Salem, an immigration lawyer based in Texas, said, referring to the Trump administration's policy on entry to the U.S.

A petition on Change.org requesting that the father be allowed to enter the country collected more than 57,000 signatures as of early Saturday.

"No parent should be denied the right to attend their child’s funeral — especially when Hania was a Citizen-born in Tennessee," the petition states.

Guatemalan residents must receive a special visa to enter the U.S. Noe Aguilar lived in the U.S. when his daughter was an infant but moved back to Guatemala in 2005, according to the Times.

In his visa application, he said owned a business and had no intention of overstaying.

“He has no negative immigration history,” Salem said. “No deportation. He has never attempted to come back to the U.S. He has no desire to come to the U.S. He wanted to kiss his daughter goodbye.”