It was revealed last night that Kim Jong-un has received a personal letter from President Trump and state media report Mr Jong-un will “seriously contemplate the interesting content”. The North Korean leader appreciated “the political judging faculty and extraordinary courage of President Trump”, according to news agency KCNA. Sarah Sanders, White House press secretary, confirmed that Mr Trump had written to the North Korean leader, saying “correspondence between the two leaders has been ongoing”.

The news, which follows the “beautiful letter” sent to President Trump by Kim earlier this month, suggests the two world leaders are looking to repair their previously tumultuous relationship.

In 2017 the pair appeared to be on the brink of an all-out war, with the two clashing over nuclear arsenal.

In response, the North Korean branded the President a “dotard”, defined as an old person who’s mental faculties have declined. 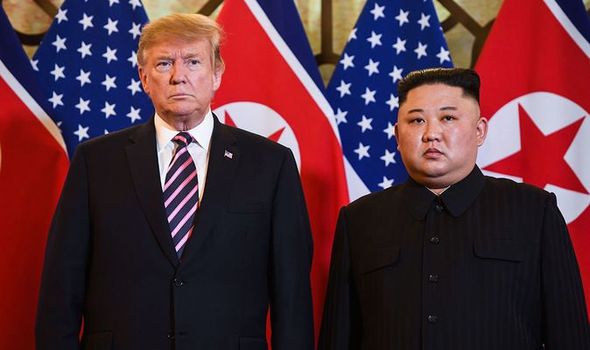 But in 2018 President Trump agreed to meet with Mr Jong-un in North Korea, to discuss his country’s nuclear programme.

The pair then met for a second time in Hanoi in February, but since then talks between Washington and Pyongyang have been stalled.

The US had pushed for a deal that would only see international economic sanctions eased if North Korea ended its entire nuclear weapons programme and gave up existing nuclear weaponry.

But Mr Jung-un had insisted on a slower process, whereby sanctions would be removed incrementally as reward for smaller steps towards denuclearisation. 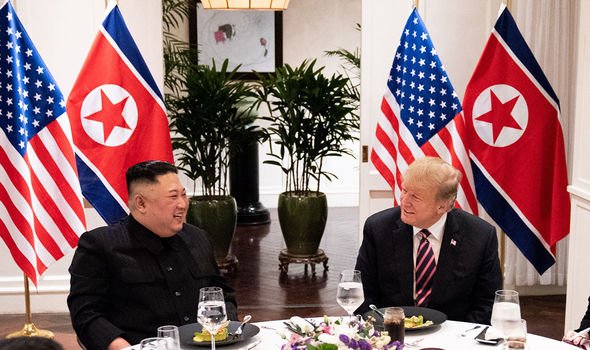 Fears of increased hostilities increased last month, as North Korea launched a series of weapons tests, which included the first firing of short-range ballistic missiles since 2017.

Yet a few weeks ago, President Trump told reporters that North Korea under Mr Jong-un’s leadership had “tremendous potential”.

And during a visit to Japan in May, Mr Trump described the leader as a “very smart guy” and said he expected “a lot of good things” to come out of North Korea.

A US official said on Wednesday the United States had no pre-conditions for new talks.