Beijing: North Korea has agreed to allow independent experts to inspect the dismantling of a key missile site and a nuclear research facility, in what South Korean president Moon Jae-in has called the first specific steps for the denuclearisation of the Korean peninsula.

North Korean leader Kim Jong-un said he will also visit the South Korean capital of Seoul by the end of the year.

The two leaders emerged from a two-day summit in Pyongyang to sign declarations in front of the world's TV cameras.

Moon said: "The seeds to a peaceful future have been planted."

North Korea has agreed to permanently shut down the missile test site, near the Chinese border, and allow inspections.

Moon said in the press conference: "The North has agreed to permanently shut down its Dongchang-ri missile engine testing facility and missile launch pad under the participation of experts from related countries." 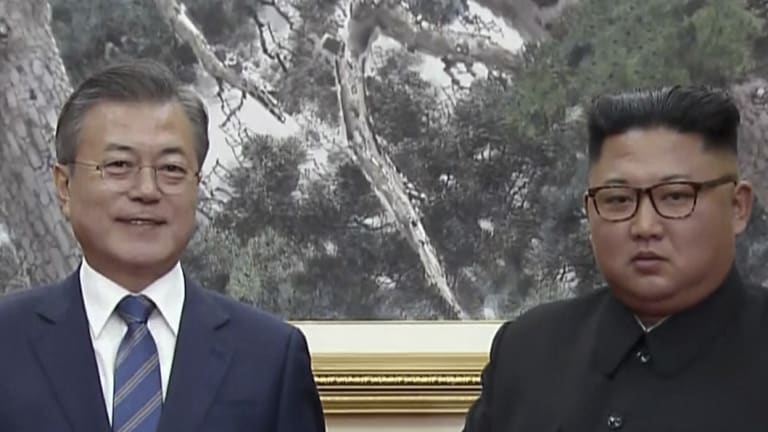 Kim has offered to permanently shut down nuclear research facilities at Yongbyon as a further measure, depending on whether the United States also takes equivalent steps.

The  declaration said: "The North expressed its willingness to continue taking additional steps, such as permanent shutdown of the Yongbyon nuclear facility, should the United States take corresponding measures under the spirit of the June 12 North Korea-US joint statement."

Moon said in the press conference: "The complete denuclearisation of the Korean peninsula will happen in the near future."

But the next steps forward will depend on how North Korea's offer is received by the United States.

US President Donald Trump last month cancelled a visit to Pyongyang by his secretary of state Mike Pompeo, and Washington has reportedly refused to agree to a peace treaty ending the Korean War until complete denuclearisation has taken place. 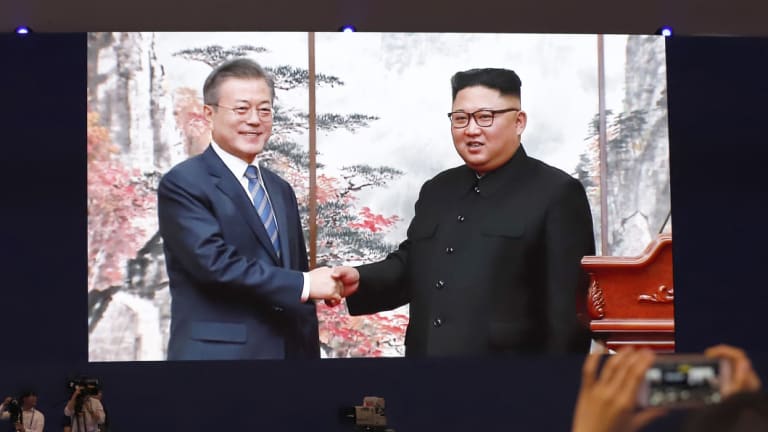 "I hope the talks between North Korea and the US will be revived as soon as possible," said Moon.

Work will begin by the end of the year on connecting rail and road links between the Koreas.

The Wilson Centre's Jean Lee commented on Kim's offer to permanently dismantle the main nuclear research site: "There was a big IF here: IF the United States takes reciprocal measures."

Lee said the summit was a strong show of Korean unity: "Promising. But let's not forget it is the United States that North Korea needs to make peace with to bring about a formal end to the Korea War." 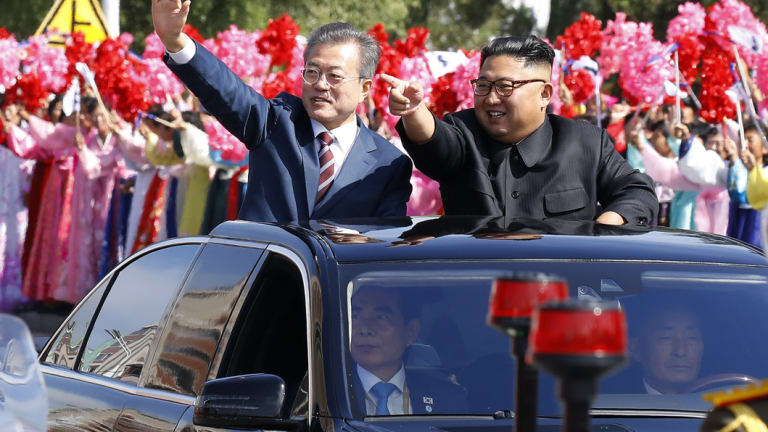 Under the September declaration signed on Wednesday in Pyongyang, separated Korean families will be permitted to make video calls and exchange letters. South Korean tourists will be allowed to travel to the Mount Kumgang scenic area in North Korea in the future.

The leaders of the two militaries, South Korean defence minister Song Young-moo and North Korea's minister for the People's Armed Forces No Kwang-chol also signed a declaration in front of the television cameras to reduce tensions.