An inquiry into the treatment of the late senator Kimberley Kitching would be a waste: everyone involved knows what they did or said – or didn’t say. The real question is whether those figures have the capacity for self-reflection and sufficient character to overcome pathologies that have plagued the federal ALP for the past 12 years.

The modern Labor Party has trouble reconciling internal differences, on policy and on leadership. Having seen off the destructive and exhausting Rudd-Gillard wars during its final three years of office in 2013, in opposition the party immediately established a new binary contest between Anthony Albanese and Bill Shorten that rumbles under the surface to this day. 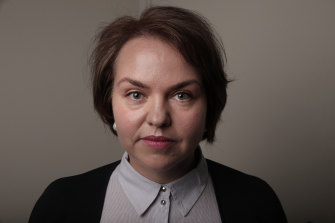 Throughout its long history, the Labor Party has mostly been a place of vigorous debate as well as robust and rough – often too rough – organisational manoeuvrings. Its current mode features silence and inertia. Rather than having the discussion, being open and finding mutual positions based on trade-offs, the common approach is to defer, to bury. For example, despite the long-running Albanese-Shorten tensions, the only time they ever faced off in a ballot was back in 2013. That was the last time the caucus and the party’s members were involved in electing the leader.

Don’t rock the boat, defer to the leadership group, keep out of trouble: that’s how the ALP is operating, in the expectation that the deeply, deeply flawed Scott Morrison will keep finding ways to mess up and ultimately lose the election. Kitching’s tragic story should be seen in this light.

The saddest aspect of Kitching’s death is that she felt isolated and uncertain about how she was valued by her colleagues and her party. Once Albanese took over in 2019, Kitching, who was close to Shorten, was destined to find herself in permanently rough waters.

It seems beyond question that Kitching was not treated favourably by her senior Senate colleagues Penny Wong, Kristina Keneally and Katy Gallagher, the group she privately dubbed the Mean Girls, all of whom are firmly in Albanese’s camp. Their silences hurt her. Some people can shrug such things off, but by all accounts – and there are plenty because Kitching had a tendency to share her thoughts widely – she found it difficult.

Did Kitching make it easier for herself by venturing so publicly into Wong’s policy field of foreign affairs and human rights, often advocating positions that were more extreme than the party’s? Definitely not. Her freelancing had to carry a price for her.

But did it have to involve a freeze-out? It’s hard to credit that Albanese had no knowledge of what was going on inside his Senate team. He clearly became increasingly incensed as the media reports of Kitching’s frustrations and her sense of being bullied kept coming last week. He bridled at the use of the term “Mean Girls” during a television interview, deriding it as disrespectful to Wong, Keneally and Gallagher, an insulting “throwback”. And yet, the report by the Sex Discrimination Commissioner Kate Jenkins into Commonwealth parliamentary workplaces last November found that women were more likely than men to use bullying behaviour both as individuals and in groups.

You do not have to subscribe to the more florid media portrayals of Kitching as a political innocent of pure heart and moral superiority to see that she was caught in an increasingly deformed party culture. If her Senate preselection, which was not confirmed when she died, was not in danger as some of her factional colleagues now insist privately, why did she think it was? Why didn’t someone, all the way up to Albanese, tell her on the quiet that she was okay? Why didn’t her senior colleagues speak frankly of their problems and suspicions, and have things out with her? Surely a confident, inclusive, functional organisation works that way, even in politics.

Too much of the ALP’s decision-making these days is dictated from the top, with the rank-and-file barely getting a look in. Next week its national executive will decide on a last round of preselections, including for what was Kitching’s Victorian Senate spot. Reportedly, it’s considering installing a former adviser to Kevin Rudd, Andrew Charlton, as its candidate in the marginal seat of Parramatta. Charlton has a $16 million house in plush Bellevue Hill, a fair hike from the west. Keneally is leaving the Senate and is also running in deepest Sydney suburbia, in Fowler, courtesy of Albanese, not the local party members.

A single stroke of fate can foul up even the best-laid plans. In 1975, Labor senator Bert Milliner died and Joh Bjelke-Petersen’s skulduggery in appointing his replacement set in train the dismissal of the Whitlam government. As the saying goes, history does not repeat but occasionally it can rhyme.