This is the moment a man pulled out a large knife before stabbing his victim and spraying ‘acid’ at him during a violent row on a train.

A large fight erupted on board a South Western Railways service travelling between Twickenham and Strawberry Hill just before midnight on February 18.

During the brawl, a man produced the blade and stabbed the victim multiple times and also sprayed a noxious substance at him. The fight ended when the train arrived at Strawberry Hill station.

Paramedics and police attended and the victim was taken to hospital but thankfully his injuries were not life threatening. 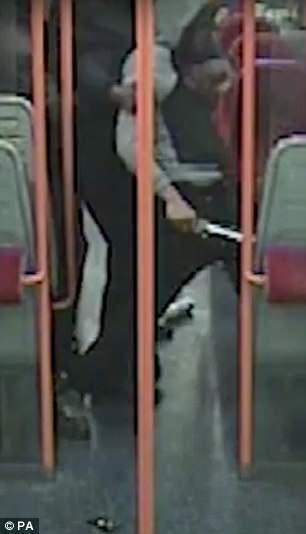 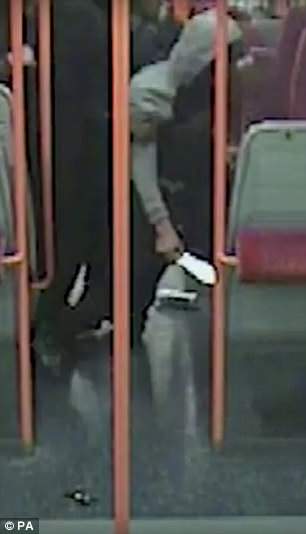 The man can be seen pulling out the large knife on the train. He stabbed his victim multiple times and police say he sprayed a ‘noxious substance’ too

Since this incident, officers have been unable to trace the man responsible for this violent disorder and subsequent assault and are looking for people to come forward with information on the man in the clip. 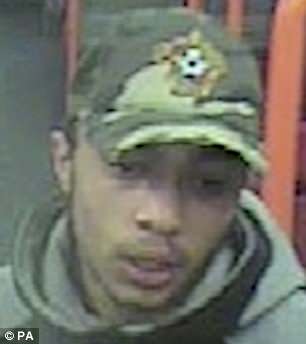 Detective Sergeant Michael Blakeburn from British Transport Police: ‘This was an extremely violent fight and the victim in this case was lucky not to sustain any life threatening injuries.

‘I am looking to hear from anyone who can help us identify the man responsible for this shocking violence. If you know who he is then please get in touch with us as soon as possible.

‘We will not tolerate violence of this kind on the railway network and we are working hard to investigate.

‘Thankfully, incidents such as this are incredibly rare and we police a CCTV rich environment which provides us with invaluable evidence in prosecuting offenders.’