A KNIFE maniac leapt from behind a policeman and stabbed a woman to death in an apparently random attack at a bus stop in Pittsburgh.

A second woman was also knifed before the officer subdued the attacker and pinned him to the ground. 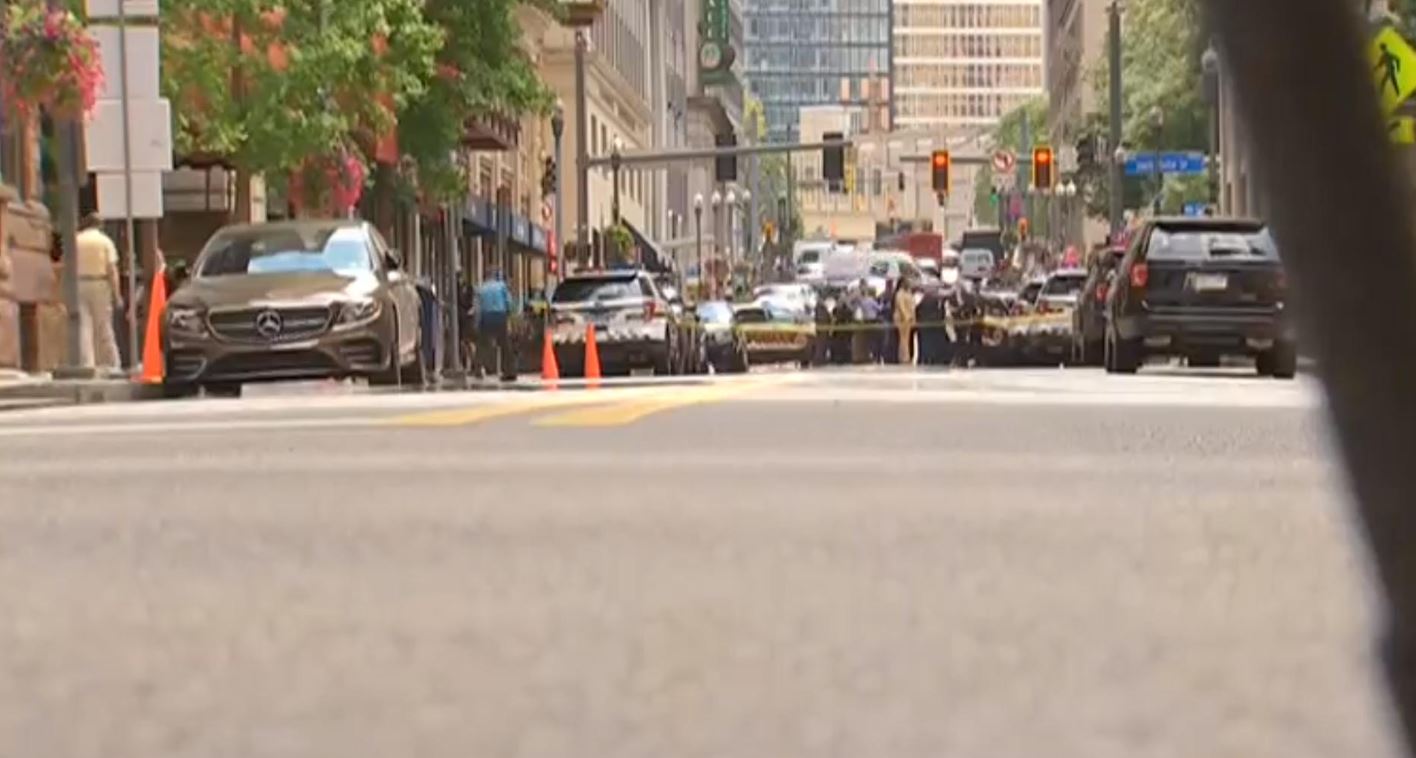 The incident took place in a downtown area of the Pennsylvania city at around 11.30am local time.

The woman who died was reportedly stabbed in the neck, the second in the chest.

Pittsburgh Police Chief Scott Schubert said a police officer was speaking to a woman who had been asleep at the bus stop when a man approached from behind and stabbed her.

He then reportedly stabbed a second woman before being arrested and taken into custody.

After subduing the attacker, the officer continued to apply first aid to the victim.

The suspect's identity has not been released.

Police said a motive was not immediately known.

Schubert confirmed that at least the second woman was wearing a hijab, a headdress worn by some Muslim women, but that the attack appeared to have been random.

Speaking at the scene, he also expressed his thanks to the officer.

Another witness, Nick Emery, 31, said he heard screaming and looked up to see a police officer pointing a gun at a man on the ground.

The attack took place by a bus stop outside the Burlington Coat Factory clothes store and the Duquesne Club private social club.

The intersection of Sixth Avenue and Smithfield Street has been shut down and traffic redirected.

A large lunchtime crowd has gathered at the intersection as investigators gather evidence and interview witnesses. 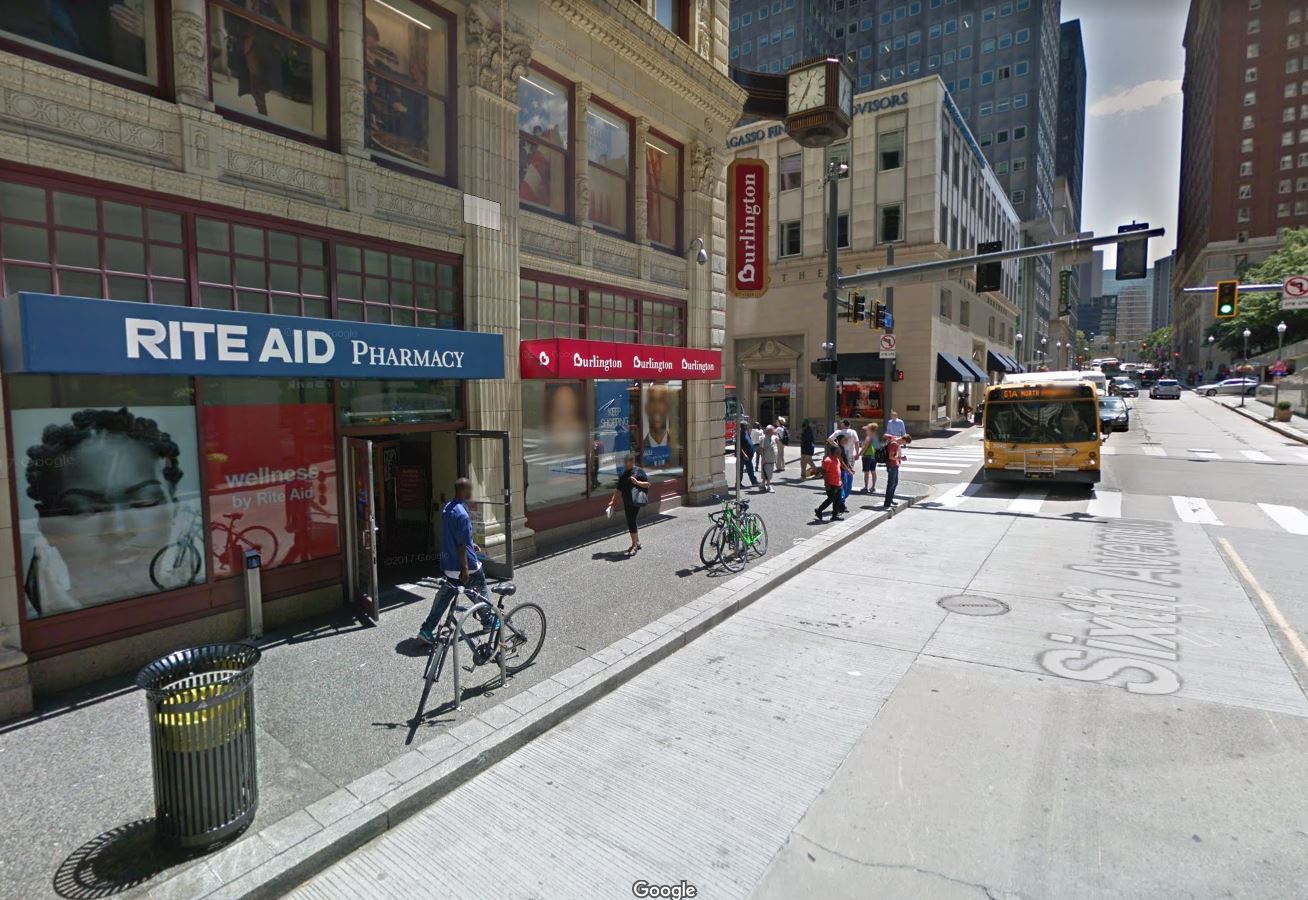