‘He doesn’t like us, we don’t like him either’: Kremlin gloats at Boris Johnson’s demise and calls for a ‘more professional’ replacement while EU bureaucrats say ‘things can only get better!’

World leaders and bureaucrats have started to gloat at the demise of Boris Johnson, with the Kremlin declaring: ‘He doesn’t like us, we don’t like him either.’

The prime minister, who is set to announce his resignation this afternoon, has made a number of enemies during his time in government, especially at the EU as a leading Brexiteer and in Russia due to his staunch support for Ukraine.

This morning, Kremlin spokesman Dmitry Peskov said: ‘We would like to hope that some day in Great Britain more professional people who can make decisions through dialogue will come to power.

‘But at the moment there is little hope for that.’

Johnson’s government has sanctioned dozens of wealthy, Kremlin-connected Russians and says their money is no longer welcome in Britain. 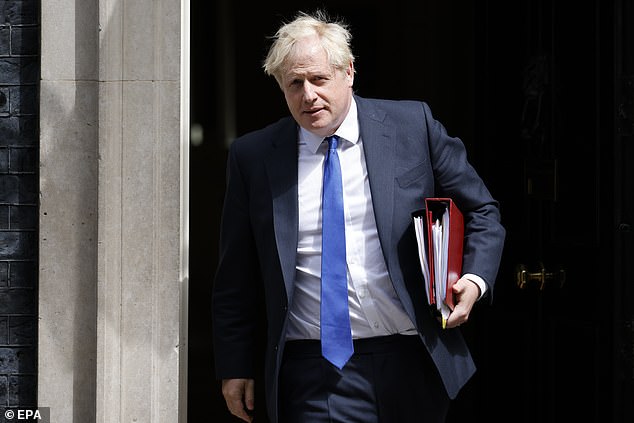 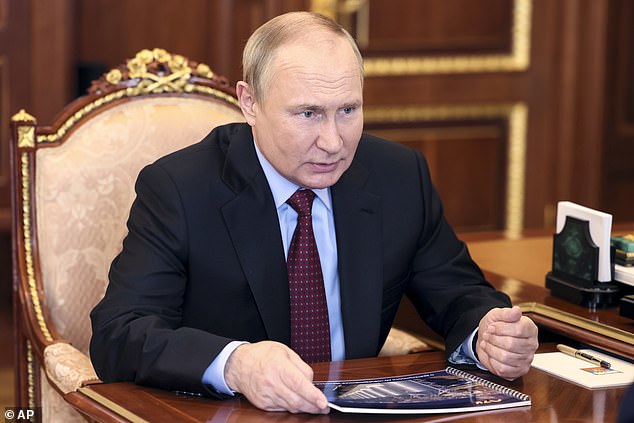 Johnson’s government has sanctioned dozens of wealthy, Kremlin-connected Russians and says their money is no longer welcome in Britain

‘He really does not like us. And we (do not like) him either,’ Peskov said of Johnson.

The prime minister has been one of Ukraine’s strongest supporters as it battles Russia, visiting Kyiv twice since the conflict began and forging a personal relationship with Volodymyr Zelensky.

Maria Zakharova, the top spokeswoman in Russia’s foreign ministry, said Johnson’s fall was a symptom of the decline of the West, which she said was riven by political, ideological and economic crisis.

‘The moral of the story is: do not seek to destroy Russia,’ Zakharova said. ‘Russia cannot be destroyed. You can break your teeth on it – and then choke on them.’

She added on Telegram: ‘It is obvious to everyone that liberal regimes are in the deepest political, ideological and economic crisis.’

Guy Verhofstadt, who served as European Parliament’s representative on matters relating to Brexit, rejoice in the news

Zakharova gleefully portrayed him as the author of his own downfall.

‘Boris Johnson was hit by a boomerang launched by himself,’ she said. ‘His comrades-in-arms turned him in.’

Guy Verhofstadt, who served as European Parliament’s representative on matters relating to Brexit, had a terse relationship with UK lawmakers.

He expressed his glee at the news from Number 10 today, tweeting: ‘Boris Johnson’s reign ends in disgrace, just like his friend Donald Trump.

‘The end of an era of transatlantic populism? Let’s hope so.

‘EU – UK relations suffered hugely with Johnson’s choice of Brexit. Things can only get better!’

Russian tycoon Oleg Deripaska said on Telegram that it was an ‘inglorious end’ for a ‘stupid clown’ whose conscience would be blighted by ‘tens of thousands of lives in this senseless conflict in Ukraine’. 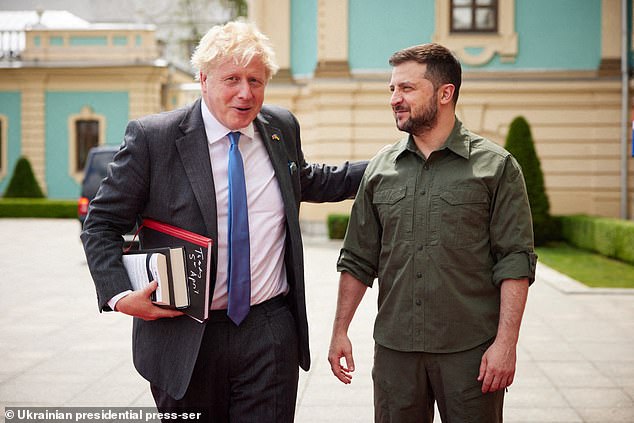 The prime minister has been one of Ukraine’s strongest supporters as it battles Russia, visiting Kyiv twice since the conflict began

Even before President Vladimir Putin ordered the Feb. 24 invasion of Ukraine, Johnson had repeatedly criticised Putin – casting him as a ruthless and possibly irrational Kremlin chief who was endangering the world.

After the invasion, Johnson made Britain one of the biggest Western supporters of Ukraine, sending weapons, slapping some of the most severe sanctions in modern history on Russia and urging Ukraine to defeat Russia’s vast armed forces.

Such was Johnson’s support of Ukraine that he was affectionately known as ‘Borys Johnsoniuk’ by some in Kyiv. He sometimes ended his speeches with ‘Slava Ukraini’ – or ‘glory to Ukraine’.

Johnson, the face of the 2016 Brexit campaign who won a resounding electoral victory in 2019 before leading the United Kingdom out of the European Union, even spoke stilted Russian in February, telling the Russian people that he did not believe the ‘needless and bloody’ war was in their name.