Fans will be desperate to back the Brits at Wimbledon again today as Kyle Edmund and Johanna Konta continue their quests for glory.

Both male and female British number ones are in action on the prestigious Centre Court this afternoon.

But they are not alone in carrying the hopes of the nation, with 21-year-old rising star Katie Boulter also in action in the second round at 11.30am on Court 2.

Boulter, of Leicester, has been playing tennis since age four and is gathering a legion of fans at SW19 after beating Cepede Royg from Paraguay in the first round.

A less popular arrival was the rain, which caused several matches to be abandoned late on last night, with more showers predicted today.

It could mean the return of the £100million Centre Court roof, which was not used yesterday to the anger of many fans who wanted to see play continue. 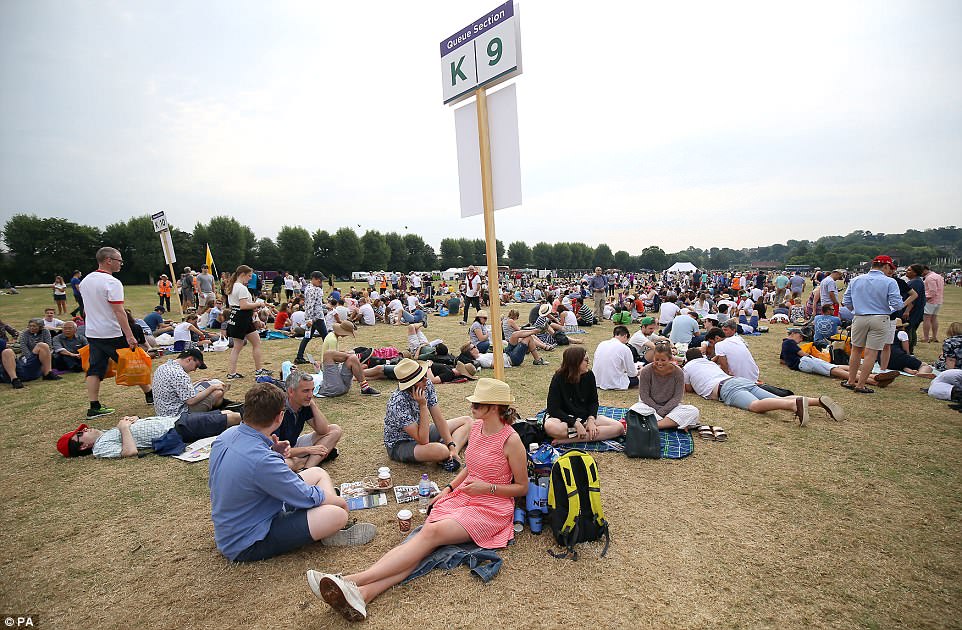 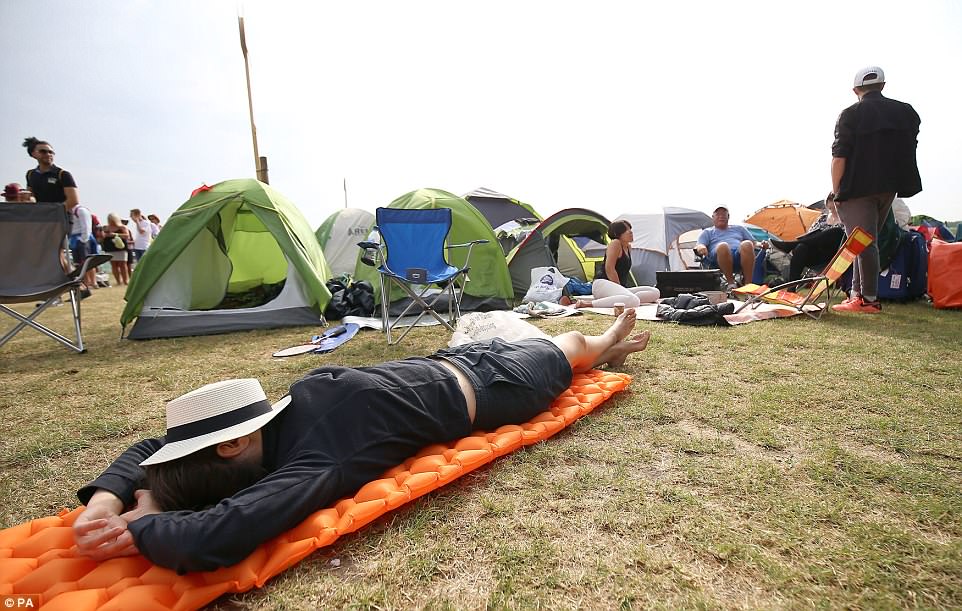 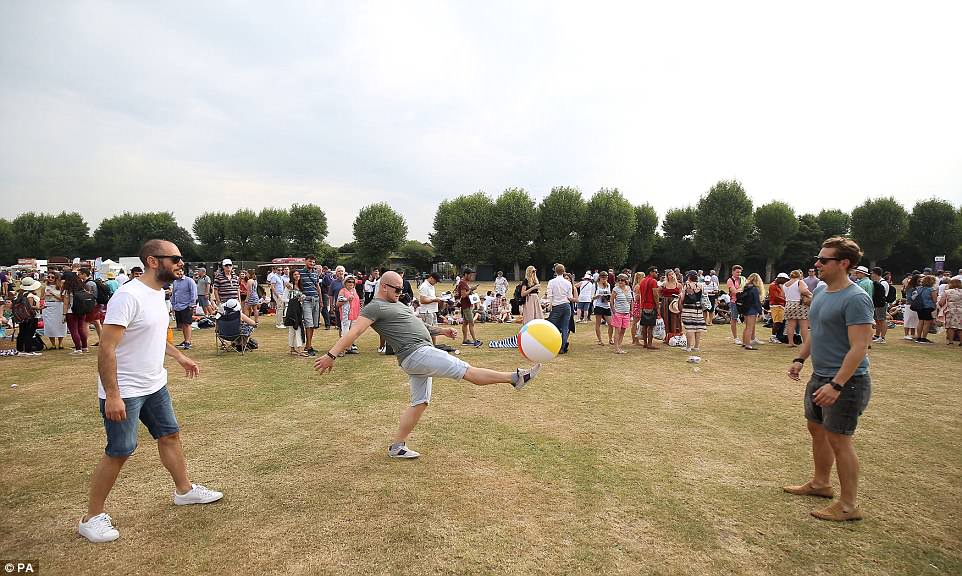 Others kept themselves entertained by playing with beach balls on the grass after a cool start to the morning, with temperatures set to rise throughout the day to 82F 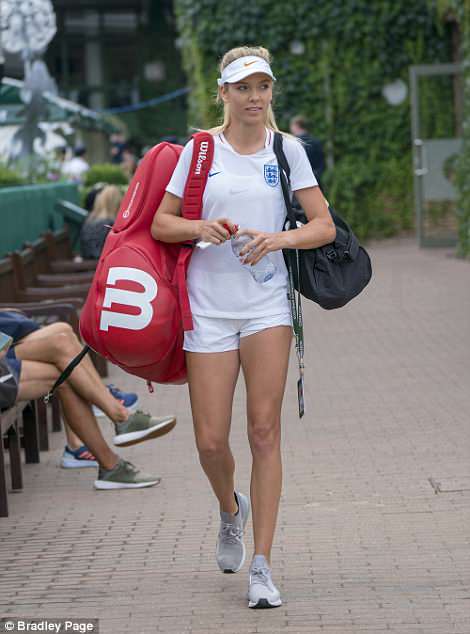 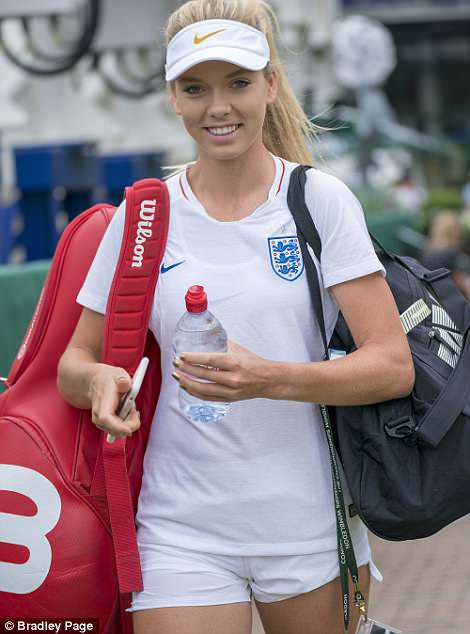 Katie Boulter, 21, pictured left and right in an England football shirt today, is also in action aiming to keep Britain’s hopes alive in her match with 18th seed Naomi Osaka 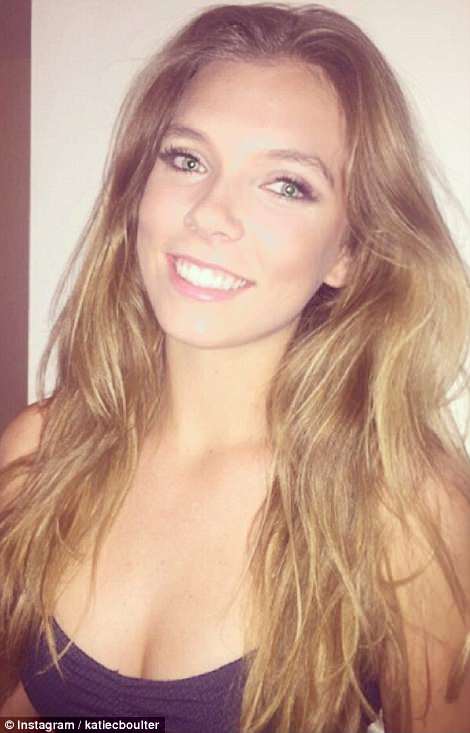 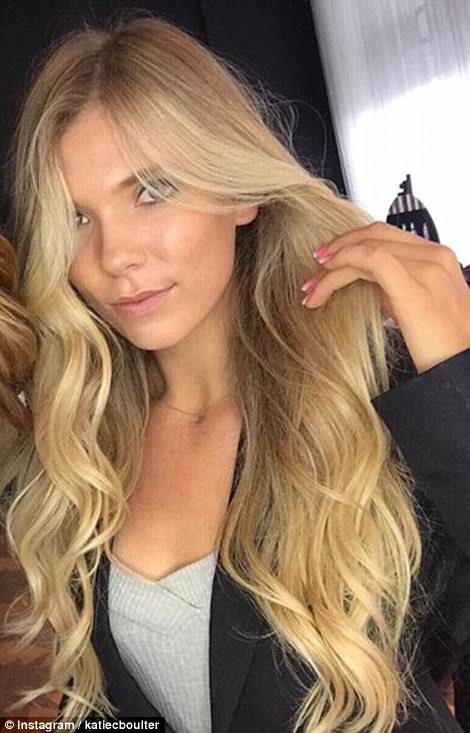 Boulter, left and right, is gathering a legion of fans and will compete on Court 2 in her most high-profile match so far 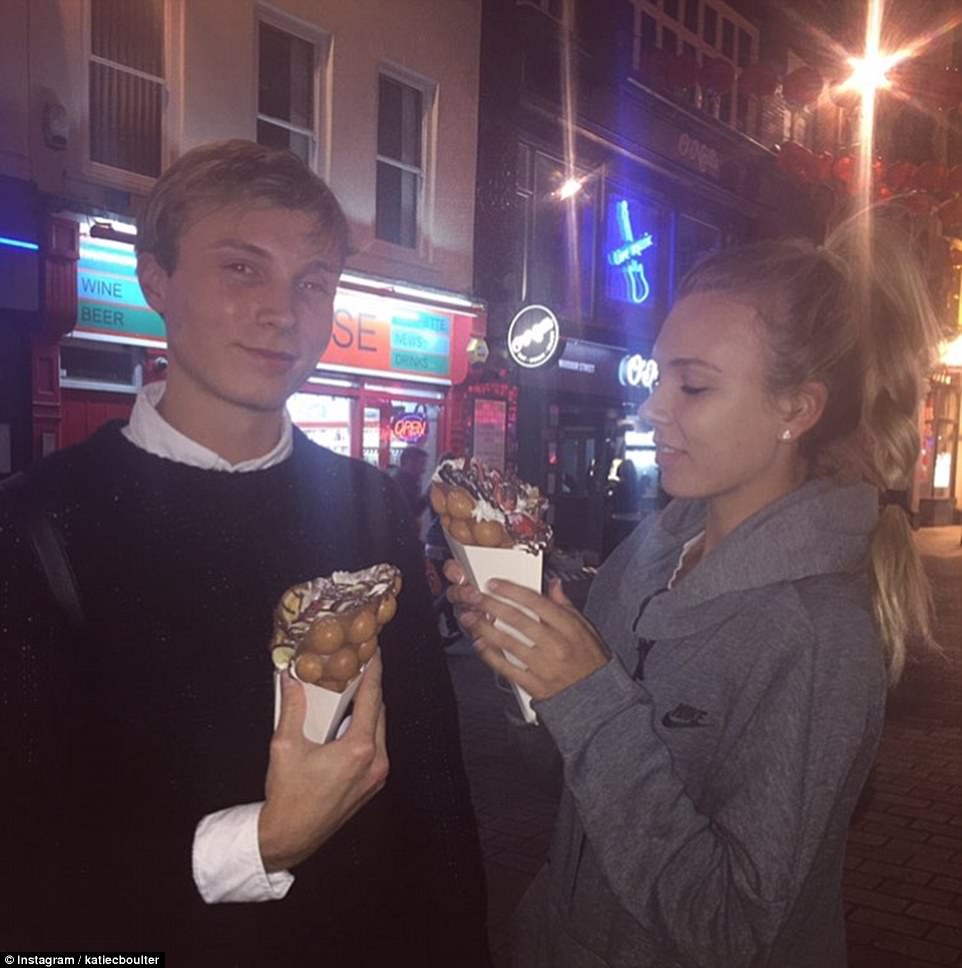 Boulter said she credits a victory over her brother James, pictured left, when aged four as what sparked her love of tennis

Thunderstorms could even strike this evening and disrupt the schedule further.

The inclement weather is no surprise for the Wimbledon faithful but comes after a long heatwave, with sunny skies and warm temperatures set to return tomorrow.

Meanwhile Boulter said she was hoping to emulate her beloved Leicester City when she takes on 18th seed Naomi Osaka.

She is on the verge of the top 100 rankings and hopes she can give her home city a similar lift as the football team when it won the Premier League in 2016,

Boulter said: ‘When Leicester won the Premier League I feel like everyone had a massive lift in the city, and I feel like I was one of those people.

‘It was a little bit of magic and hopefully I can do something out there tomorrow. I have had some lovely messages from a lot of people from Leicester. I’m always proud to support the Foxes.’

Boulter has been playing tennis since age four and credits beating her brother for the first time as what sparked her passion.

She also comes from an inventive family, with grandfather Brian Gartshore credited with creating the anti-theft tag that stops shoplifters stealing clothes.

If Boulter is to even threaten a shock she must change the pattern from her previous clash with Osaka, the most exciting young talent in the women’s game, in Birmingham last month, when she managed just three games.

Boulter was pleased to have had that experience, saying: ‘It was really good, and it set me up nicely for playing in Southsea (where she reached the final). I think it’s going to be a challenge and I’m looking forward to it. I’ll try and play my game and bring a lot of energy to the court.’

Fellow Brit Katie Swan, 19, who was knocked out of the second round yesterday and plays doubles with Boulter, praised her partner and said the future of women’s tennis in Britain was bright.

Swan said: ‘She’s been doing so well and I think a lot of the British girls have, so it’s great to see. And we are all pushing each other and everyone wants to keep getting better. I think we’re all going to start seeing each other at these bigger tournaments. That’s pretty exciting.’ 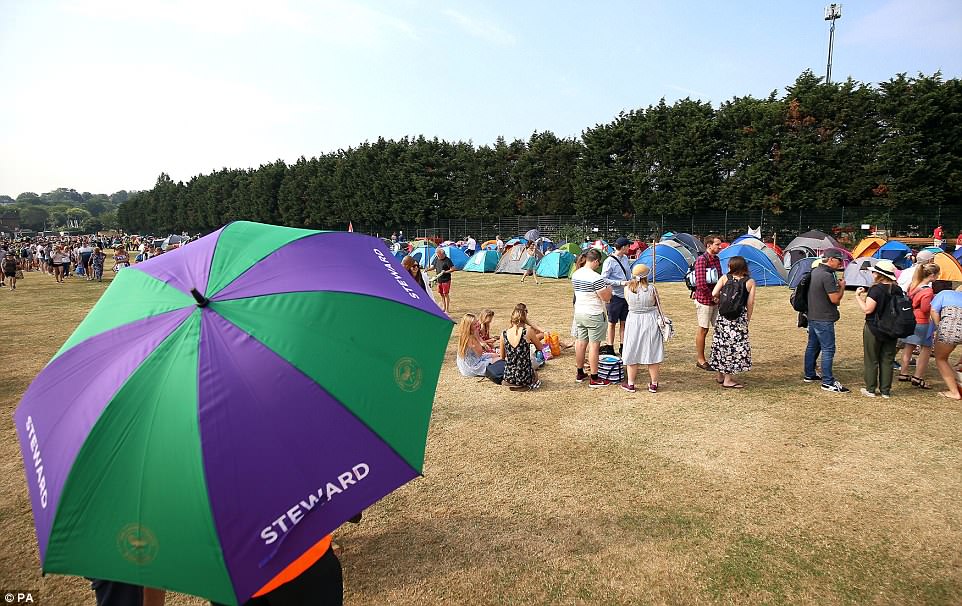 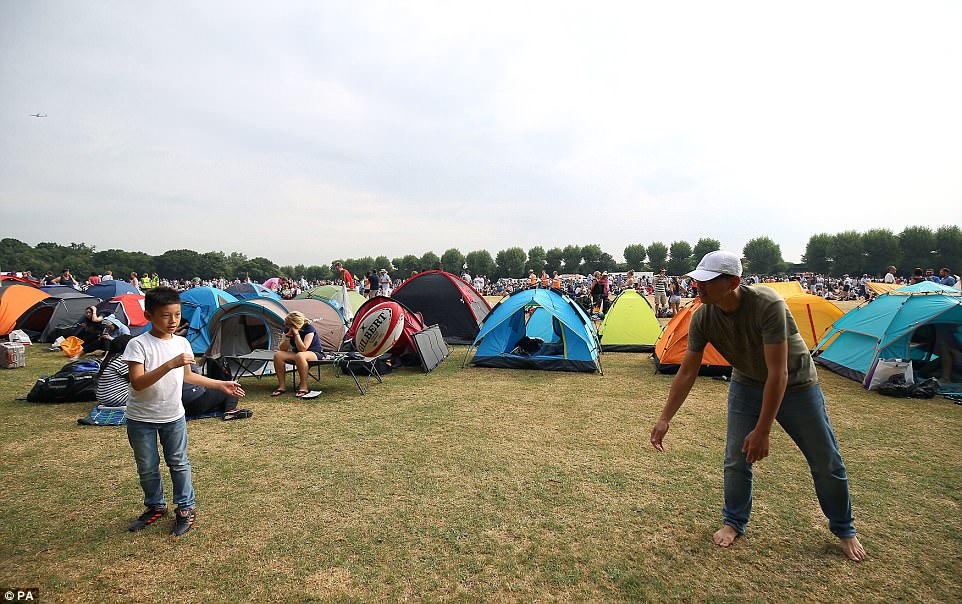 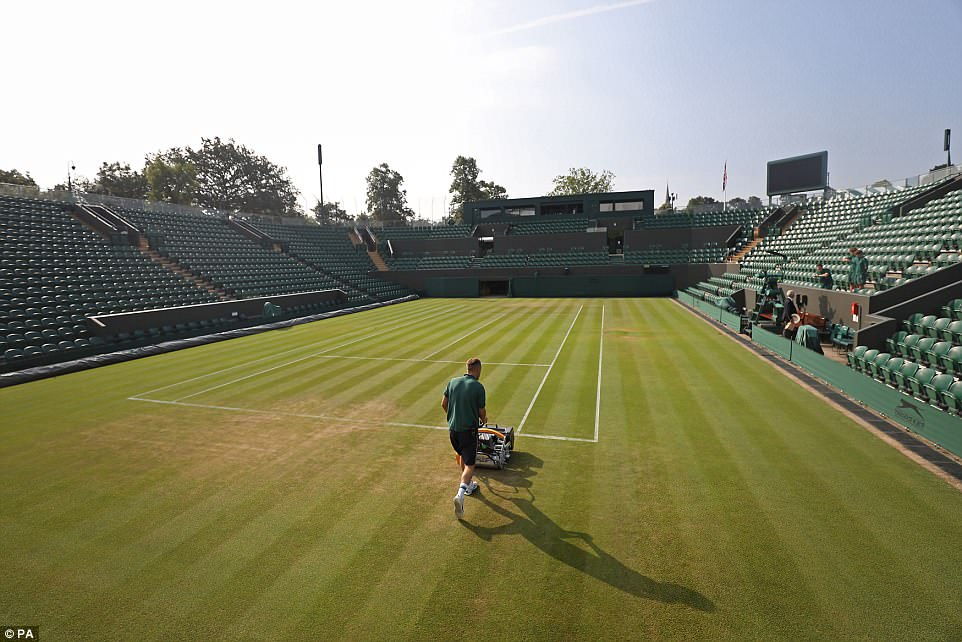 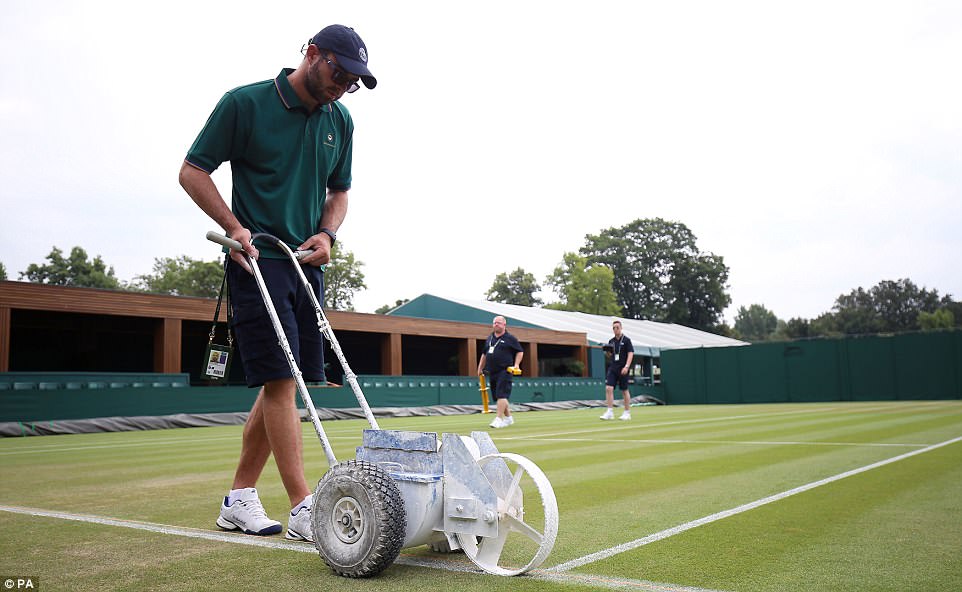 Kyle Edmund and Johanna Konta have loftier expectations these days and both will hope to reach round three, Edmund for the first time.

Konta has also been leading the environmental charge at Wimbledon, after telling Sky she refuses to use plastic bottles amid criticism of the amount of litter at the tournament.

‘I have a filtration system. I have glass containers which I then put in the fridge. I try not to use plastic bags or anything like that.’

Konta, 27, added: ‘I think it’s a battle that everyone is facing. I’m a big fan of looking after our planet because we’ve only got one.’

It came after tennis coach Sascha Bajin tweeted a picture of plastic bottles littered across a practice court, meaning they could only have been left by players or coaches.

He wrote: ‘Dear players/coaches @Wimbledon it’s not to hard to take your empty water bottles and throw them away after practise.

‘The grounds people are supposed to take care of the court and not clean trash. Maybe the club could provide a trash can for every 2nd court tho as well. #justsayin’

Meanwhile Venus Williams said she was ‘overjoyed’ that Wimbledon organisers gave women the spotlight on the tournament’s main showcourts on Wednesday, following a sexism row after organisers said they would not consider switching the men’s and women’s finals to have female players close the tournament.

Five of the seven matches on Centre Court and Court One on day three were women’s singles, although one of them was a late change after the Centre Court programme ended early.

It did not escape the attention of five-time champion Williams, who beat Romanian qualifier Alexandra Dulgheru on Court One to move into the third round. 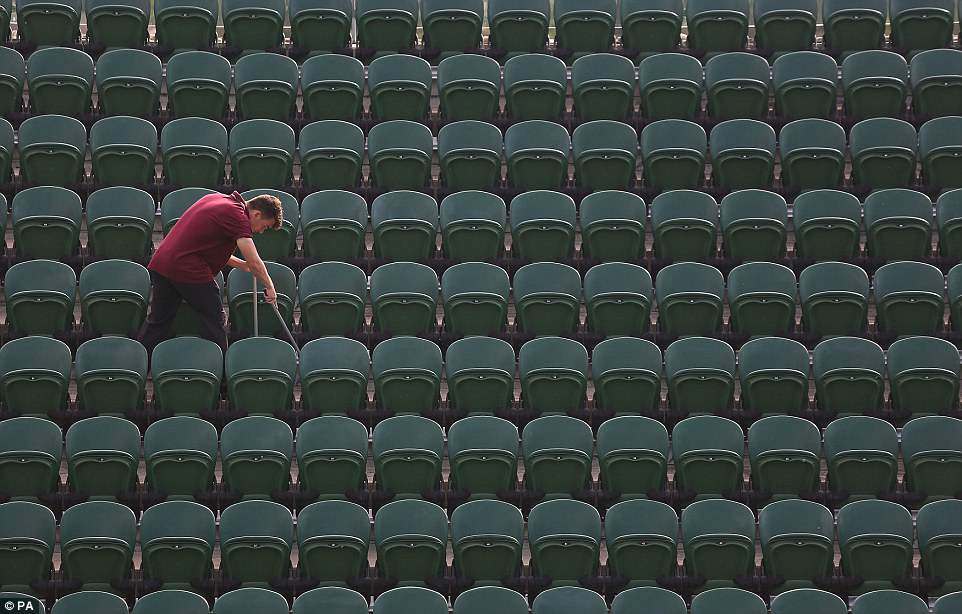 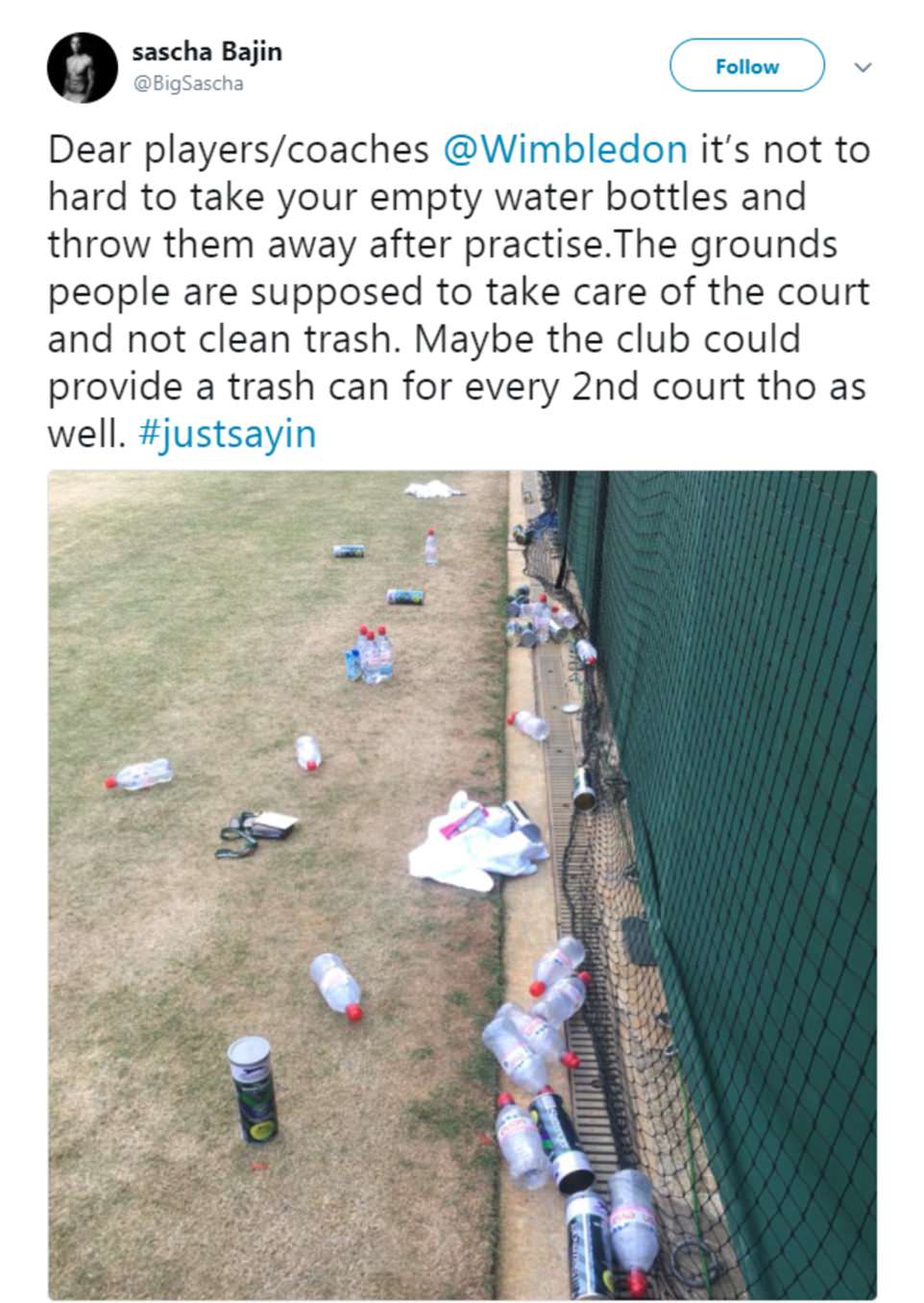 ‘I was really overjoyed when I saw the schedule for today. We have a lot of equal play on the main courts in the other three grand slams,’ the American veteran said.

‘It was just fantastic to see Wimbledon also follow suit. It’s wonderful to hopefully have that continue, to have equal for the men and the women.’

Wimbledon has come under fire in the past for sending top women’s seeds, including Venus and sister Serena, out to the smaller courts.

While the club said there has not been a change in policy women’s matches have outnumbered men’s on the biggest courts so far at this year’s tournament.

Her sister and seven-times champion Serena beat Bulgarian qualifier Viktoriya Tomova on Centre Court on Wednesday, having opened on Monday against Arantxa Rus on Court One.

She echoed her sister’s sentiments.

‘I think it’s wonderful,’ she said. ‘For so many years it was just two men’s, one women’s.

‘Now it’s several women out there playing. I think it’s a great opportunity. Just really proud to be here and play at a tournament that can recognise that.’