The ‘terrifying’ scale of Labour’s anti-Semitism crisis was laid bare last night as it emerged 4,000 examples of hatred will be submitted to the party.

Labour Against Anti-Semitism has collected thousands of screenshots of vile comments and images from Labour Facebook groups and Twitter accounts. They include a member of Momentum’s steering committee who shared a message accusing Saudi Arabia of being in thrall to ‘Zionist paymasters’. Apsana Begum last night apologised for this comment after being contacted by the Mail.

Other online posters, who LAAS believe to be Labour members, suggested cases of anti-Semitism were fabricated and insisted Israel was behind a ‘smear’ campaign against Jeremy Corbyn’s leadership. 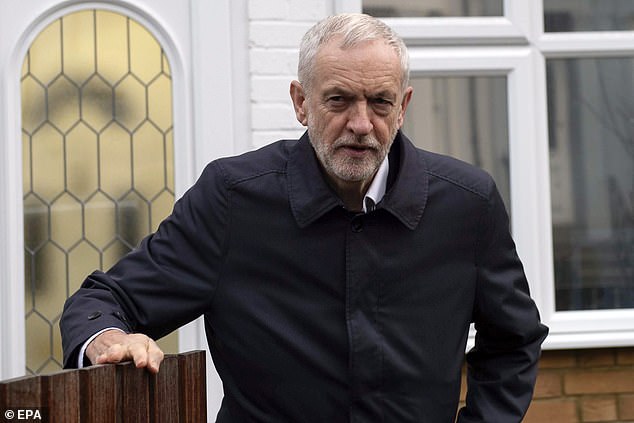 The revelation comes days after Labour’s general secretary Jennie Formby was accused of a cover-up after she refused to reveal how many cases of anti-Semitism the party is dealing with. Last night LAAS said they were ‘overwhelmed’ by the scale of Labour’s anti-Semitism and added: ‘It is terrifying how racial hatred towards Jews is now thriving across the Labour movement.’

One member claimed the country is ‘enslaved to the Rothschilds and the Zionist World Bank’.

The party member retweeted a picture of Jimmy Savile and an article saying satanic abuse of children was rife, adding: ‘All part of the Satanic structure behind the Zionist-inspired new world order and one world government.’

LAAS will submit the examples to a disciplinary committee and believes the 4,000 screenshots are likely to relate to around 1,000 separate people, thought to be Labour members or people who comment on Labour Facebook groups.

A Labour spokesman said they take complaints of anti-Semitism ‘extremely seriously’ and will challenge it ‘in all its forms’, and added that some posts turn out not to have involved party members.