Labour vows to give first-time buyers priority on new-builds, slash number of properties sold to foreign investors and force landowners to sell vacant sites as it bids for Tory mantle as ‘party of home ownership’ 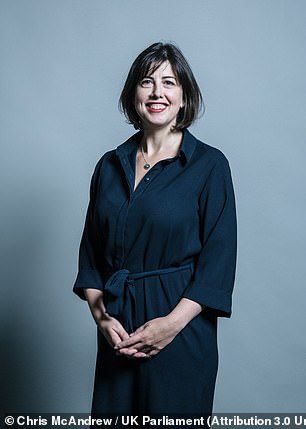 As the Labour conference kicks off tomorrow, shadow housing minister Lucy Powell is making an eye-catching bid to steal the Tory mantle as the ‘the party of home ownership’

Labour is vowing to give first-time buyers priority on new-build homes, stop foreign investors warping the market, and cut affordable rents as Keir Starmer tries to get his leadership back on track.

As the Labour conference kicks off tomorrow, shadow housing minister Lucy Powell is making an eye-catching bid to steal the Tory mantle as the ‘the party of home ownership’.

She will promise that a government led by Sir Keir would restrict the proportion of properties in a development that can be sold to overseas buyers to 50 per cent.

Councils could also get powers to force landowners to sell vacant sites so new houses can be built at lower prices than currently possible.

The price of affordable rents could be limited to 30 per cent of average household income, allowing people to save more towards deposits.

In many places currently the definition of ‘affordable rentals’ includes properties available at up to 80 per cent of market rents.

First-time buyers could also get ‘first dibs’ on new-builds – potentially for the first six months they are on sale.

The package aims to take the fight to Michael Gove – the new secretary of state for levelling up, housing and communities.

Labour believes his decision to pause planning reforms has left the government vulnerable on the housing battleground – a major issue for many younger voters.

Ms Powell said: ‘The country is facing a housing crisis with the link between hard work and getting on the housing ladder broken for many. Insecure tenancies, and expensive rents make it hard for people who play by the rules to get on in life. The challenges of affordability, an aging population, building safety and the climate emergency all mean we need a bold new approach.

Drugs were effectively decriminalised north of the border earlier this week as prosecutors announced police would be advised to issue only a ‘recorded police warning’ to anyone in possession of drugs, including Class A heroin and cocaine.

And the Labour leader suggested he would support the step in the rest of the UK, saying it was ‘probably the right thing to do’.

However, his comments in an ITV interview were seized upon by Home Secretary Priti Patel who wrote on Twitter: ‘Drugs devastate lives. They ruin communities and tear families apart.’

She added, in a twist on ex-PM Tony Blair’s famous vote-winning ‘tough on crime’ slogan: ‘Under Keir Starmer, Labour is weak on crime and weak on the causes of crime.’

Pressed repeatedly on what he thought of the approach in Scotland – which has been backed by Scottish Labour – Sir Keir said: ‘It is probably the right thing to do. It is an independent decision that is being made.’

‘We will build a new settlement on housing, with a first step today forcing developers to build more truly affordable homes, and giving first time buyers’ first dibs on new developments so they can’t just be sold off-plan to second homeowners or foreign investors.

‘Labour is the party of home ownership, the Tories are the party of speculators and developers. The Conservatives’ failures on housing today mean that they don’t have the answers to solve the challenges of tomorrow. They treat housing as a commodity, not the bedrock of stable lives and life chances.’

Sir Keir looks to be facing a battle as he plans to use the conference in Brighton to show that Labour is ready to govern again.

He has enraged left-wingers and unions by pushing to scrap the current ‘one member, one vote’ system for electing party leaders.

Instead he wants to return to a version of the old arrangements, where trade unions, MPs and party members each get a third of the voting power. Critics complain that probably would have meant Jeremy Corbyn losing in 2015.

London mayor Sadiq Khan Mr Khan yesterday dodged saying if he supported the changes, swiping that ‘internal party rules isn’t at the fore of my mind’.

Meanwhile, there has been a less-than enthusiastic response to the leader’s decision to pen a long-winded essay for the Fabian Society in an attempt to say what Labour should stand for.

One party figure from the moderate wing told MailOnline the 35-page pamphlet – which was earlier described as being 14,000 words long but in fact only includes 11,930 words written by Sir Keir himself – was a ‘waste of time’ and normal people would not engage with the content.

‘If ordinary voters suspected he was a weirdo before, now they know he is,’ they said, adding gloomily: ‘He’d be gone if he was leading the Tories, but there’s no-one else.’

Former Cabinet minister Lord Adonis said: ‘When you haven’t got anything new to say, it’s best not to say it in 14,000 words.’