Labour fails to take control of the council linked to Grenfell Tower fire despite widespread anger at the borough’s failures over the tragedy, which killed 71 people

Labour has failed to seize control of the council at the centre of the Grenfell Tower tragedy – despite fury at the borough’s response to the tragedy.

Jeremy Corbyn’s party had hoped to snatch the flagship Tory borough of Kensington and Chelsea in the wake of the disaster.

The Tory-run local authority had face widespread criticism over its failure to prevent the tragedy, which killed 71 people, injured many more and left dozens homeless.

But those hopes were dashed last night when the Conservatives comfortably held on to their majority.

Emma Dent-Coad, Labour MP for Kensington, slumped into her seat and put her head on the table in despair as the results came in. 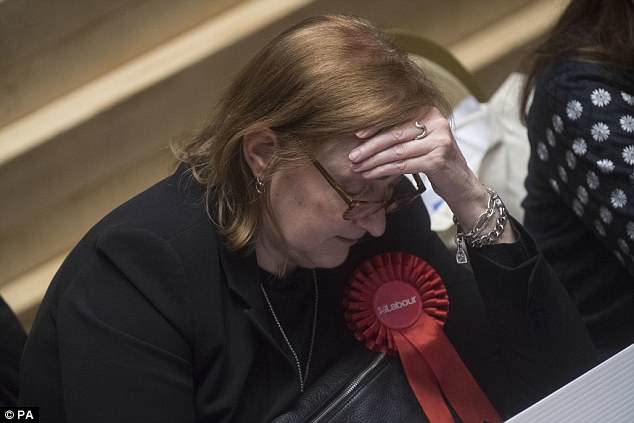 Labour MP for Kensington Emma Dent-Coad (pictured)  had her had in her hands as the gloomy results came in for Labour last night. The party had hopes to capitalise on anger over the Grenfell Tower tragedy to make major gains 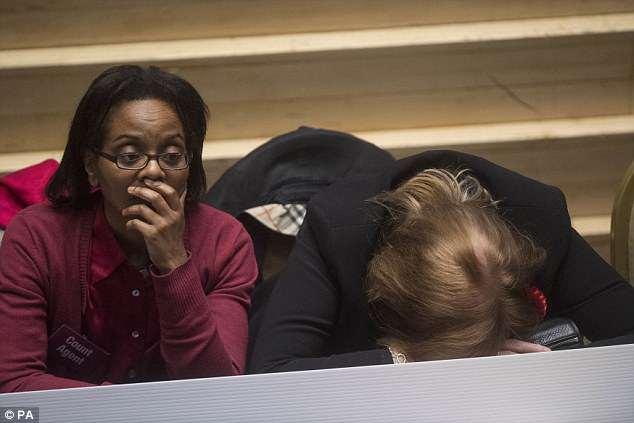 The result was another blow for Mr Corbyn on a dismal night where Labour had failed to capitalise on expectations to win control of Tory boroughs.

The party failed to win control of its key targets of Wandsworth , Westminster or Barnet, were the Tories took back overall control of the borough.

The leader of the Kensington and Chelsea Labour group had hoped to gain five or six seats,  but the party won just two more than its previous total.

The Tories comfortably held on to their majority, with 36 seats to Labour’s 13.

Labour group leader Robert Atkinson said the Tories had been ‘humbled’ by the result, vowing to continue to help the Grenfell community.

He said: ‘Please put your trust in the enlarged and invigorated Labour group.

‘We have your interests at heart and we will continue to hold this lot to account.’

Elizabeth Campbell, Tory leader of the council, welcomed the results and insisted the borough will concentrate on ‘Grenfell will be our first priority’. 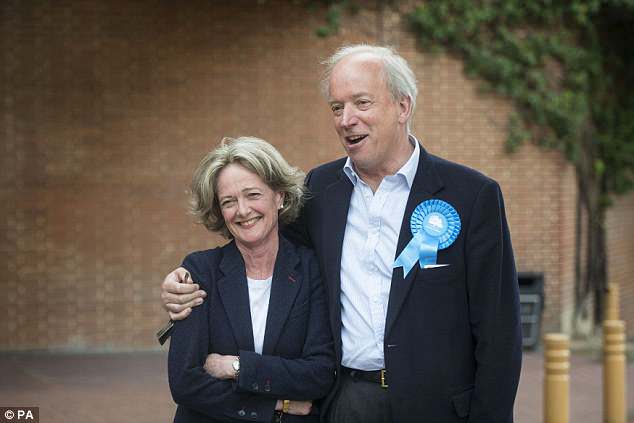 Elizabeth Campbell leaves with her husband Colin Campbell after being re-elected during the local council elections for Kensington and Chelsea last night, said the Tories need to ‘rebuild trust’ in the borough after the Grenfell tragedy 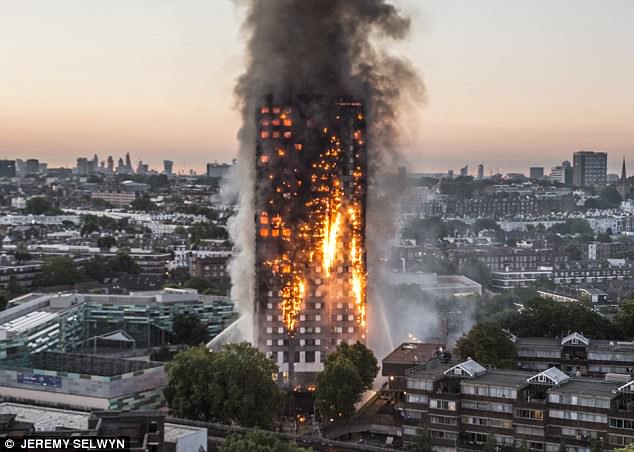 The Tory-run local authority had face widespread criticism over its failure to prevent the Grenfell Tower tragedy (pictured), which killed 71 people, injured many more and left dozens homeless

In a speech to activists and councillors gathered at the count, she said: ‘I think we all recognise we still need to rebuild trust.

She went on: ‘We also recognise that all of us in Kensington and Chelsea live in the shadow of Grenfell.

Almost half of the Conservative councillors chose not to run in this election, including former leader Nicholas Paget-Brown, who stepped down along with his deputy after the fire.

Ms Campbell said the election had ushered in a whole array of new, diverse faces that she hopes will ‘refresh and the renew’ the local Tory Party.

‘I think that’s great and I think we will reflect the borough much more than we did,’ she added.