Labour’s plan to introduce a four day working week were plunged into chaos today after shadow health secretary Jon Ashworth said it would not apply to NHS staff.

Mr Ashworth appeared to water down the policy as he also said there would be a ‘commission and a review in 10 years’ time looking at’ the viability of a shorter working week.

His remarks put him on a collision course with John McDonnell who announced the overhaul of working conditions at Labour’s annual conference in September and said it would be achieved ‘within the next decade’.

The shadow chancellor said at the time: ‘The next Labour government will put in place the changes needed to reduce average full-time hours to 32 a week within the next decade.’

Asked if the NHS would be included in Labour’s plan, Mr Ashworth said this morning: ‘No. It is not happening. There is not a four day week coming in the NHS.’

His comments came after the Tories claimed Labour’s NHS spending plans would actually represent a budget cut for the health service. 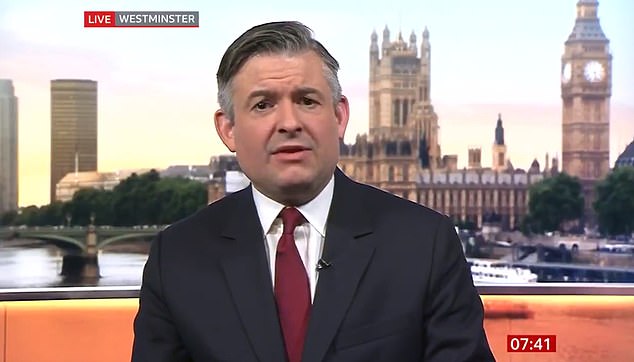 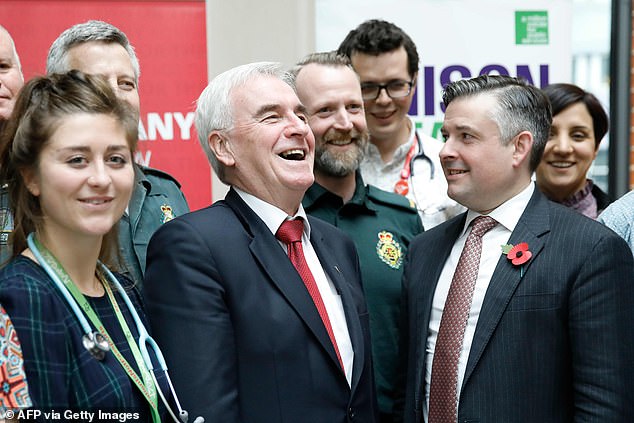 John McDonnell, pictured alongside Mr Ashworth in London on November 4, announced the four day week policy at Labour’s annual conference in September. He said the changes would be made ‘within the next decade’

Labour is today announcing a £26 billion funding ‘Rescue Plan’ for the NHS as it puts the health service at the heart of its election campaign.

The Tories claimed introducing a four day week would cost the NHS £6.1 billion a year which would mean it would actually be worse off under Labour than the Conservatives.

Matt Hancock, the Health Secretary, said the four day working week would ‘cripple our economy and cost the NHS billions every year’.

Labour has never said it would introduce a four day week from day one of a Jeremy Corbyn-led government with Mr McDonnell having clearly set out a 10 year window for the changes to be made.

Mr Ashworth ridiculed Mr Hancock’s claims as he then appeared to rip up Mr McDonnell’s policy.

He told the BBC: ‘In 10 years’ time when we have raised productivity in the economy and there will be a big review to see if with the changes in the work place, working around automation and things like that, mean that workers across the year can reduce their hours.

‘The idea that there is going to be a four day week in the NHS on December 13 which Matt Hancock was suggesting in his press release last night was just nonsense, it was laughable, I couldn’t believe it.’

Asked directly whether the NHS would in the future be part of Labour’s four day working week plans, Mr Ashworth said: ‘No. It is not happening. There is not a four day week coming in the NHS.’

The interviewer then asked the shadow health secretary: ‘So the NHS is not part, right now or not ever, part of a four day week plan?’

The Labour frontbencher then appeared to cast doubt on Mr McDonnell’s 10 year timetable.

Asked why Labour is talking about a four day week if the NHS is not part of it, he said: ‘Because John McDonnell wants to set up a commission to see if there are ways in which in 10 years’ time people’s working hours can be reduced.

‘So there will be a commission and a review in 10 years’ time looking at that.’