Lad, 18, says he can’t wait to marry his best friend’s MUM two decades older than him

Chase Gabbard, 18, met Jaimee Brown, 39, after meeting when he was 11 after befriending her son Jaice, now 16.

They became closer in 2013 after jogging together to help Jaimee lose weight and within a year, she lost seven stone.

It wasn’t until Chase turned 18 that he kissed Jaimee, before they began dating.

Now the duo – from Kentucky, US – plan on getting married, and even Jaice is happy for them.

Jamiee said: “I had no idea about Chase or my feelings before he kissed me, it was a total shock but since then we have been inseparable.

“I have three kids, so the first thing was that I had to be sure they were OK with it, as they are my number one priority.

“But none of them had a problem, we all loved each other anyway and when we told Jaice he was fine with it too – they are still best friends.

“The first proposal happened during a scavenger hunt was a surprise, I had no idea, I went all over town to end in my bathroom closet. 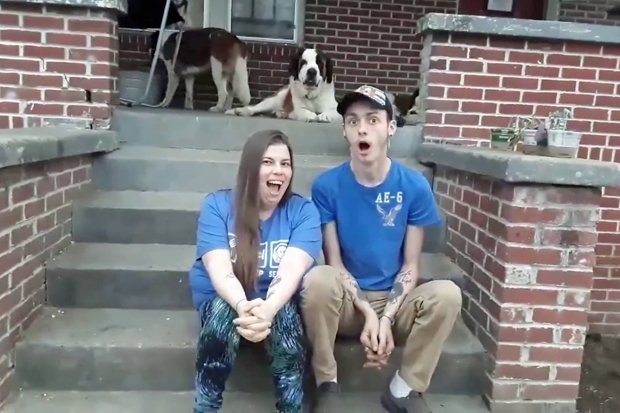 The pair admit they have been confused for mother and son, but believe this is part of being in an age gap relationship.

Now the whole family hang out together, with the couple even going on double-dates with oldest son Jaice, who is one of the couple’s biggest supporters.

Jaimee said: “We are not about that in public, even with ‘regular relationships’, but we hold hands and kiss one another on the forehead, nothing inappropriate. We’re just a regular couple.

“Nobody has openly said anything, we may get a funny look sometimes or, ‘Can you ask your mom something?’

“It’s to be expected, I understand, I’m nearly the same age as his mother, but as far as people saying anything negative it hasn’t happened.”

“He is my son’s best friend and I went to school with his mother.

“There was friction, but now she doesn’t seem to care and is a lot more supportive now.

“I can see that being a concern of any parent, but I guess any relationship is a gamble whether it’s same age, same sex, different ages or anything.“ 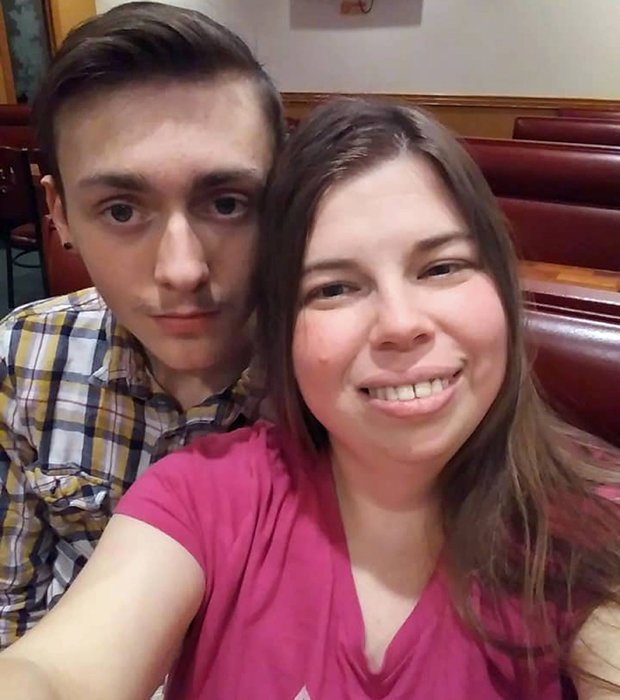 Part of joining the family has required Chase to embrace the role of stepfather to Jaimee’s three children – where he walks the line between friend and disciplinarian.

But Jaice said he and chase are still ‘best friends’ – despite Chase now technically being his stepdad.

Jaice said: “We are still best friends, because we still hang out, have fun and play video games together. Just like we did before.

“They were happy so that’s all that mattered. They are a cute couple.”

Chase added: “Thankfully it hasn’t affected Jaime and I as best friends really, I don’t think we could stop being friends, we are just so close.

“I have embraced being stepdad, nothing has really changed though as they are great and good-minded kids, so I don’t have to get onto them too much.

“I’m at the point where I don’t care what anyone else says or thinks, as long as we are happy that’s all that matters.”