LARGE, ready-to-hatch mantis eggs were found inside a computer mouse as Spain bug smugglers were thwarted by a CBP X-ray.

A package, that was headed for New Hampshire, containing the critters was found in Philadelphia on August 7, after the scan "detected anomalies." 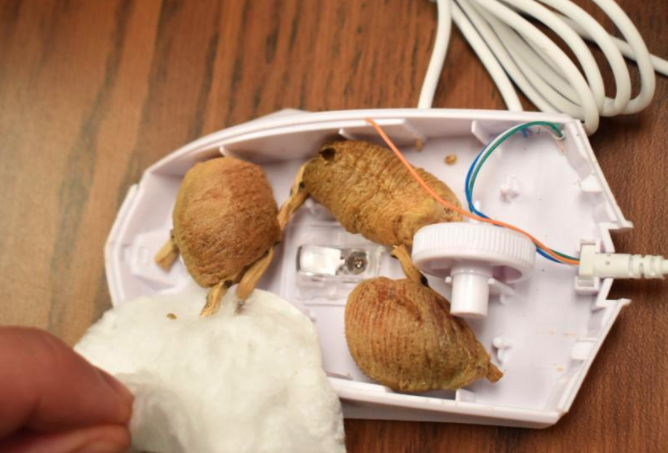 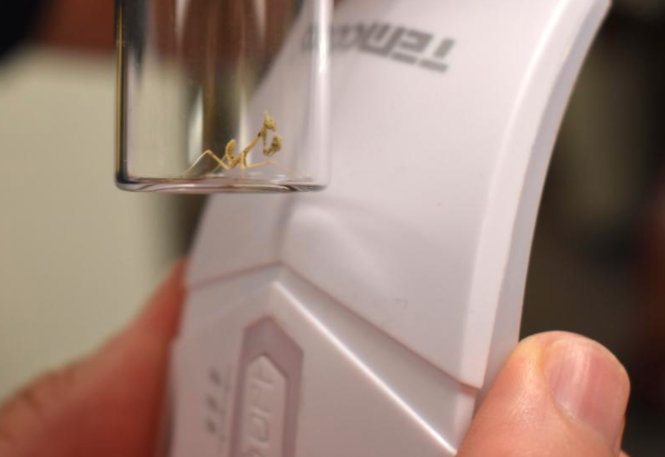 "US Customs and Border Protection agriculture specialists in Philadelphia have seen many insects, mostly as hitchhikers stowing away on a produce shipment or burrowed into wood packaging material," the agency said.

"But finding mantis eggs inside a computer gaming mouse is a first."

After the X-ray was completed, the officers found three brown sacks and a live insect hidden within the mouse.

"Officers preserved the sacks and insect inside a sealed evidence bag and turned it over to CBP agriculture specialists," the agency said.

"On August 11, CBP agriculture specialists, working with US Fish and Wildlife Service inspectors, determined that the sacks were mantis egg masses and the live insect was a mantis."

Officials said that the eggs hatched while they were in the evidence bag and that they could be placed in the Academy of Natural Sciences museum in the city.

"CBP officers and agriculture specialists serve with extraordinary commitment and vigilance every day to protect our nation, our economic security and our citizens against all potential threats." Mum stuns with youthful looks as people reckon she’s ‘ageing backwards’ – so can YOU guess how old she is? Mum says she’ll ‘never iron again’ thanks to ‘genius’ laundry hack – and all you need is some hangers
We and our partners use cookies on this site to improve our service, perform analytics, personalize advertising, measure advertising performance, and remember website preferences.Ok