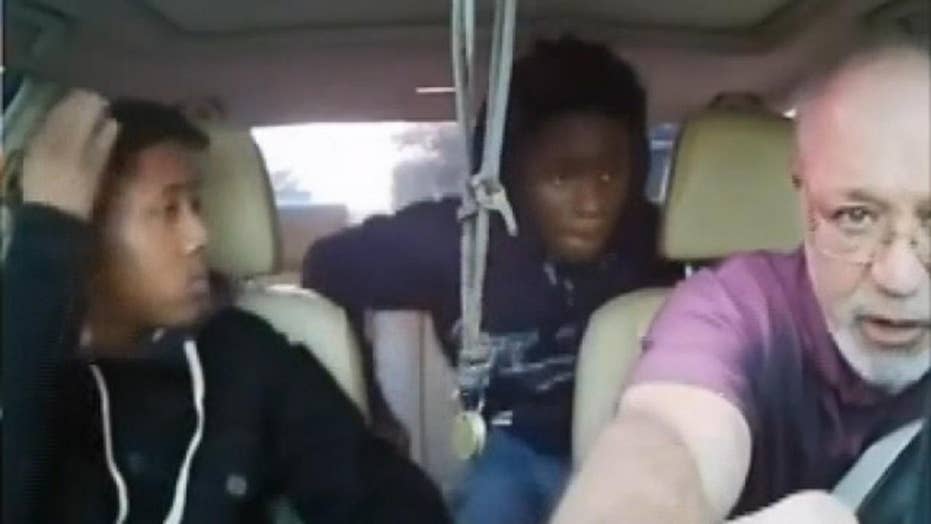 Passengers attack Uber driver after he refuses their ride

Las Vegas police arrested two young men who were caught on camera attacking an Uber driver after he refused their ride.

Two young men who last week allegedly attacked an Uber driver after the man refused to give the pair a ride were arrested by Las Vegas authorities Tuesday.

The driver, who asked not to be named, told FOX5 he picked up the men at an apartment near the city's convention center last week and immediately noticed something was off.

After realizing passengers requested one rider through UberPool and the two were underage, he canceled their request and asked to leave the car.

“When he asked them to leave they started throwing punches at him," the driver's son told FOX5.

A 38-year-old man was left for dead on a New York City street after being viciously beaten during a robbery.

The driver’s son also did not want to share his name for safety reasons, and said the entire attack left the family "shaken up."

“It’s definitely brutal,” he said. “It’s hard to watch because it just makes you wonder how safe the drivers are when they’re driving.”

The driver sustained a broken cheekbone under his right eye, according to his son.

Two juveniles were in custody in connection with the case, Las Vegas Metro Police told FOX5 on Tuesday. The incident remains under investigation.