A number of the smartly dressed troops were pictured grinning widely at the Duke of Cambridge, with many appearing to try and keep a straight face. 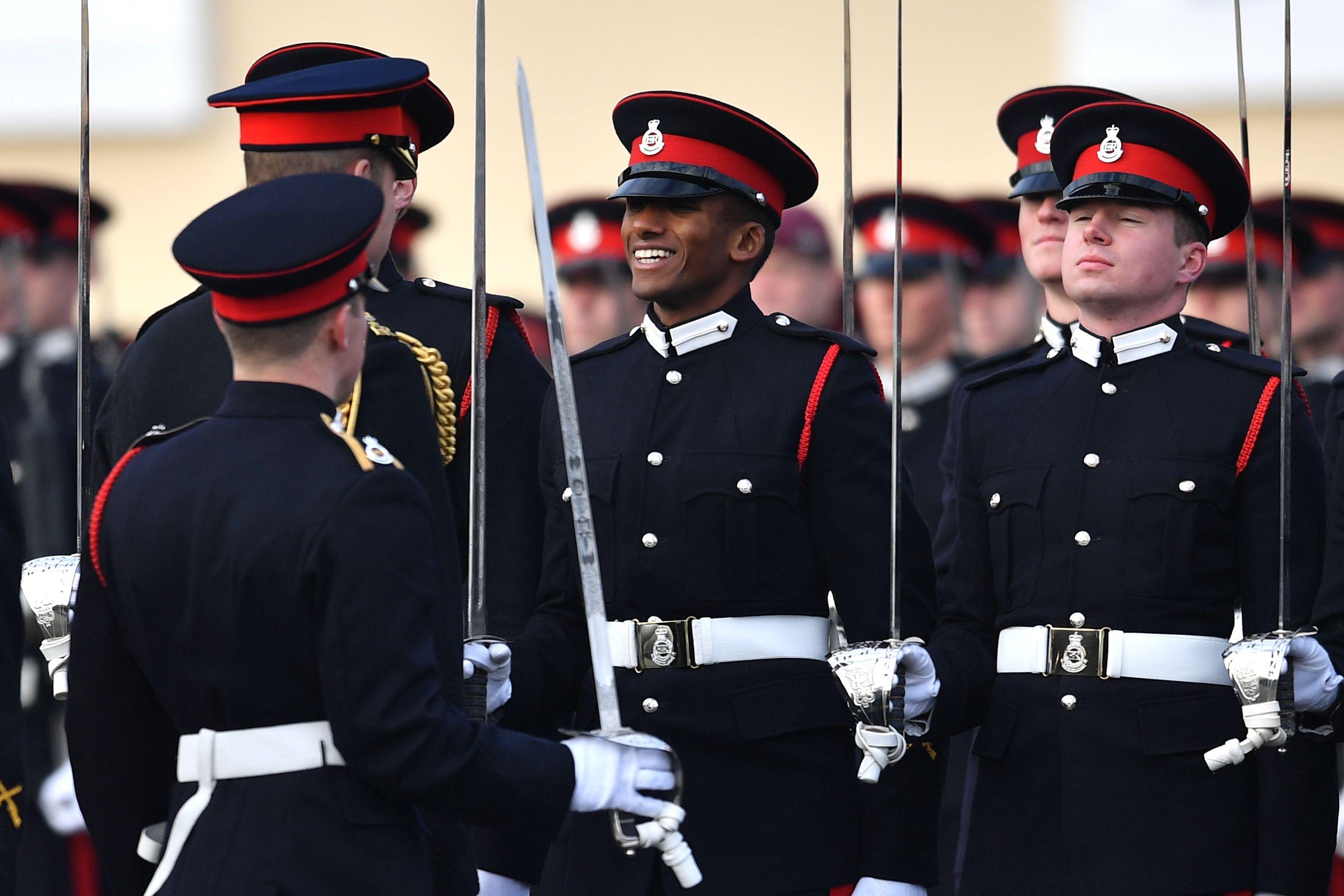 William also looked to be enjoying himself as he inspected the neatly lined up soldiers.

He smirked as he walked through the parade and talked to some of the troops on behalf of the Queen.

The soldiers chuckled more openly than they perhaps would have if the Queen was the one doing the inspecting, as all those on parade looked to be in good moods.

He spoke with warmth of his time at Sandhurst and likely raised a few laughs as he reminisced on his relief at passing out and no longer having to dig trenches in training. 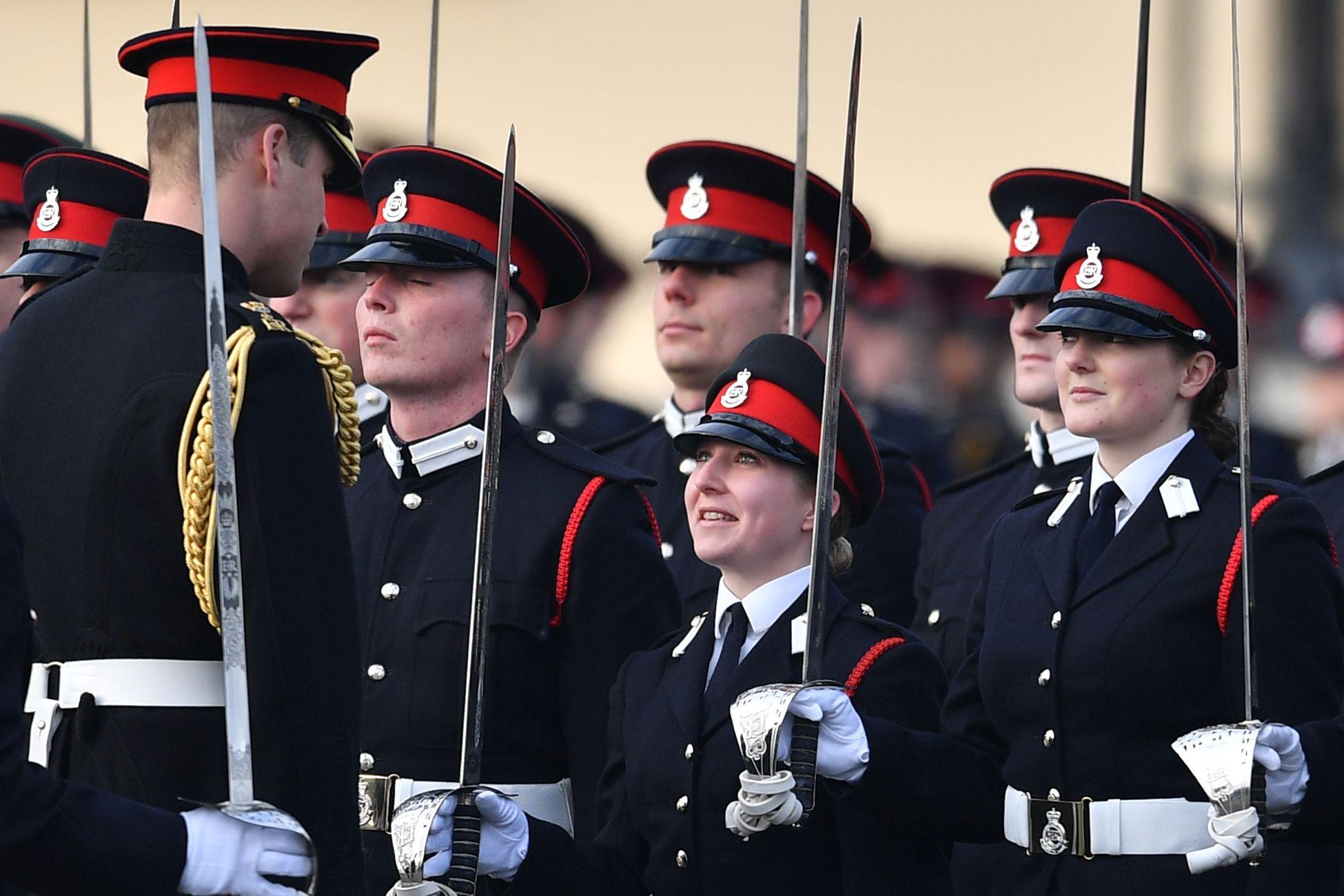 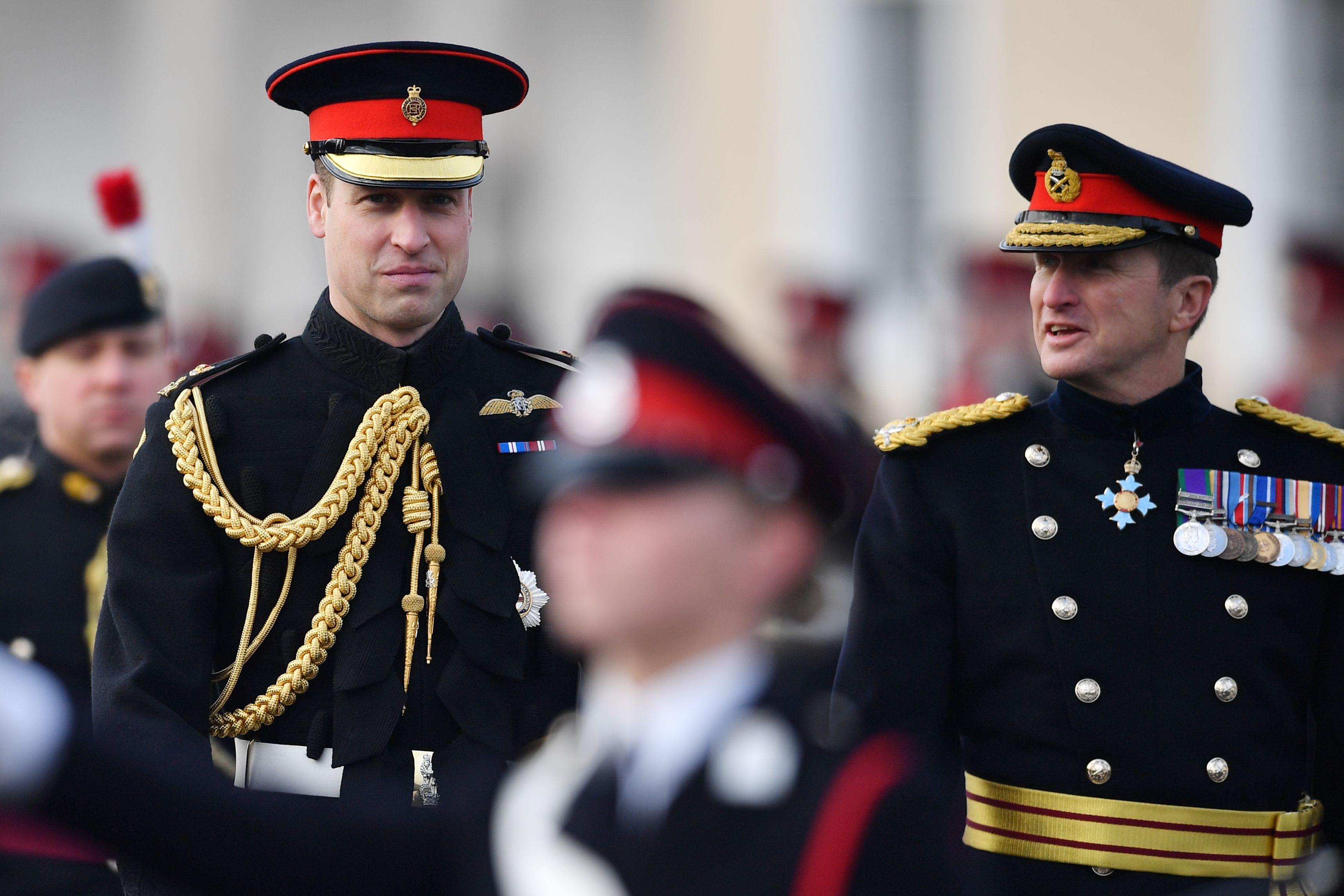 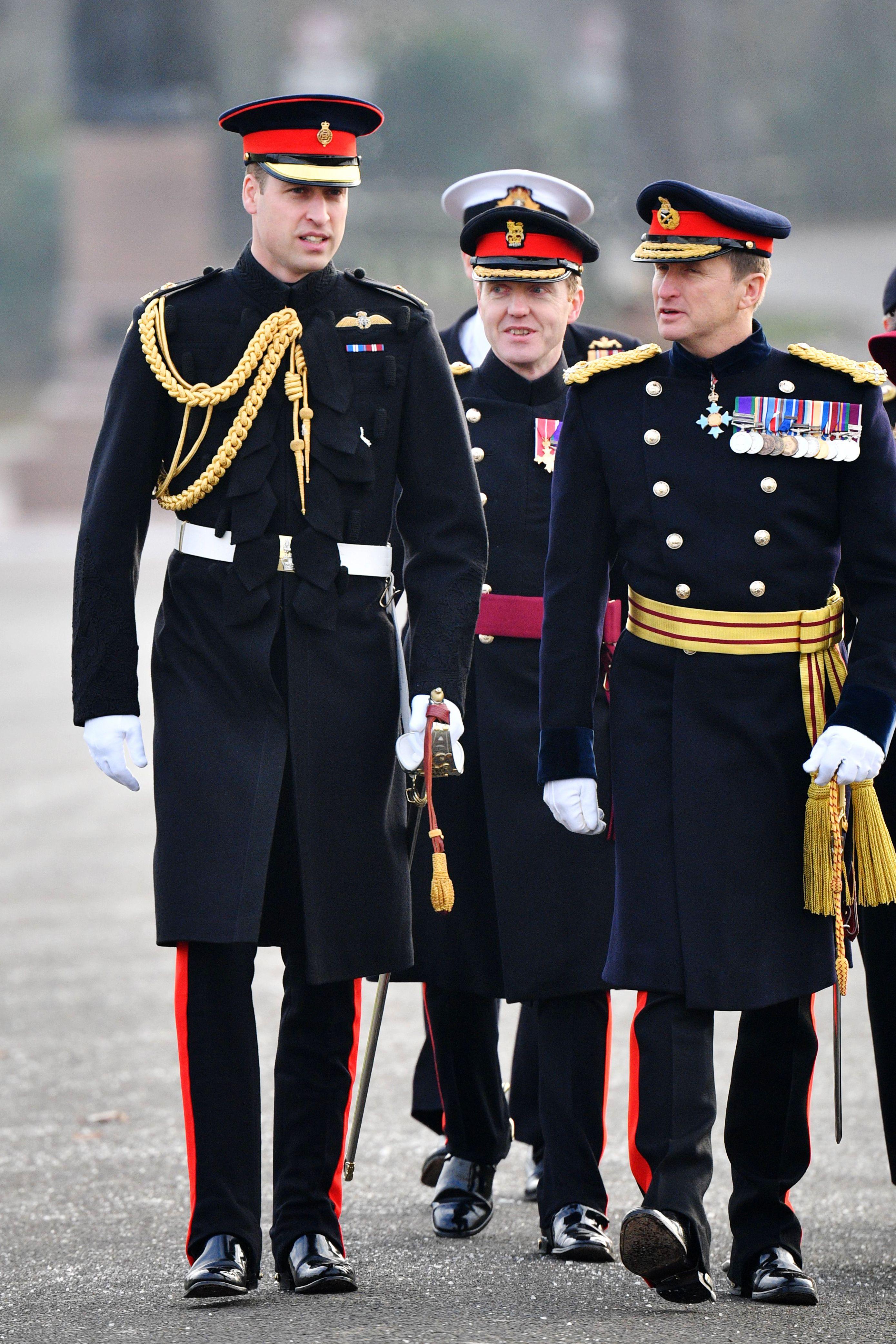 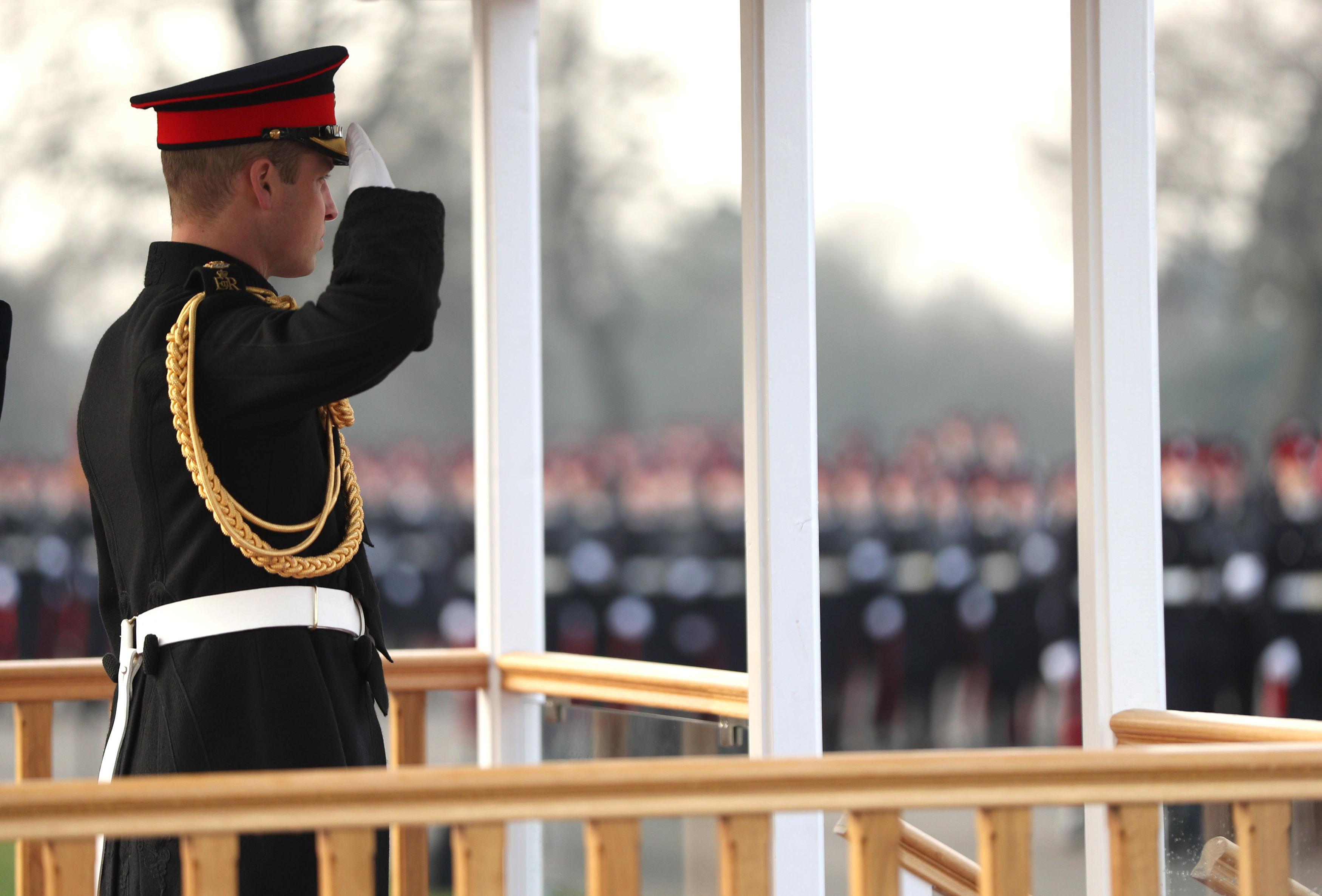 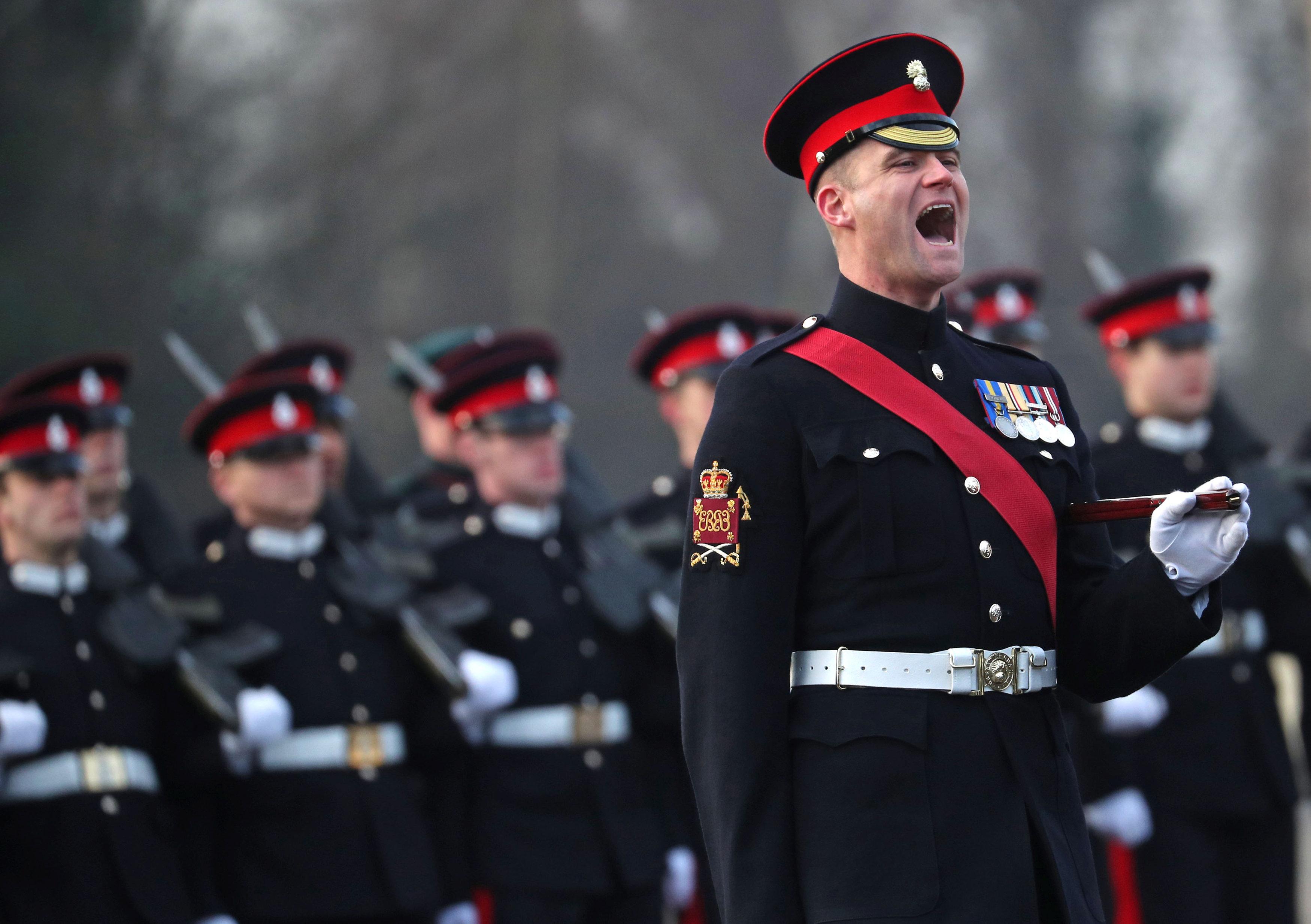 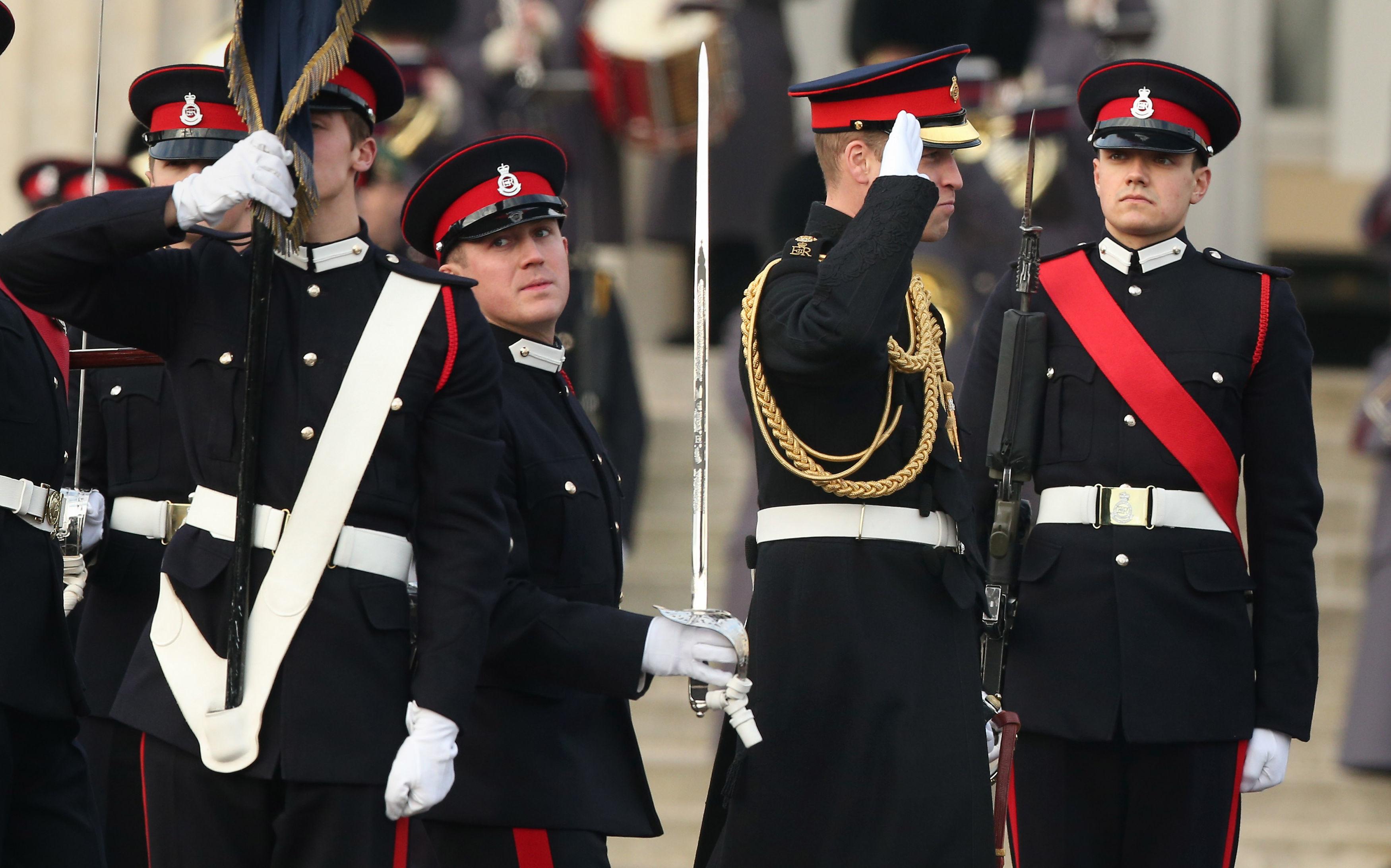 He also warned officer cadets about the "great demands" service life places on families as he represented the Queen for the first time at the Sovereign's Parade.

William, who graduated from Sandhurst in 2006, also spoke of the "immense privilege" that came with serving in one of "the finest military academies in the world" as he addressed the cadets as they celebrated the completion of a year's intensive training.

"Service life places great demands on family life, but I want you to know that your country is extremely grateful for the sacrifices you make in order to protect the nation," the duke said. 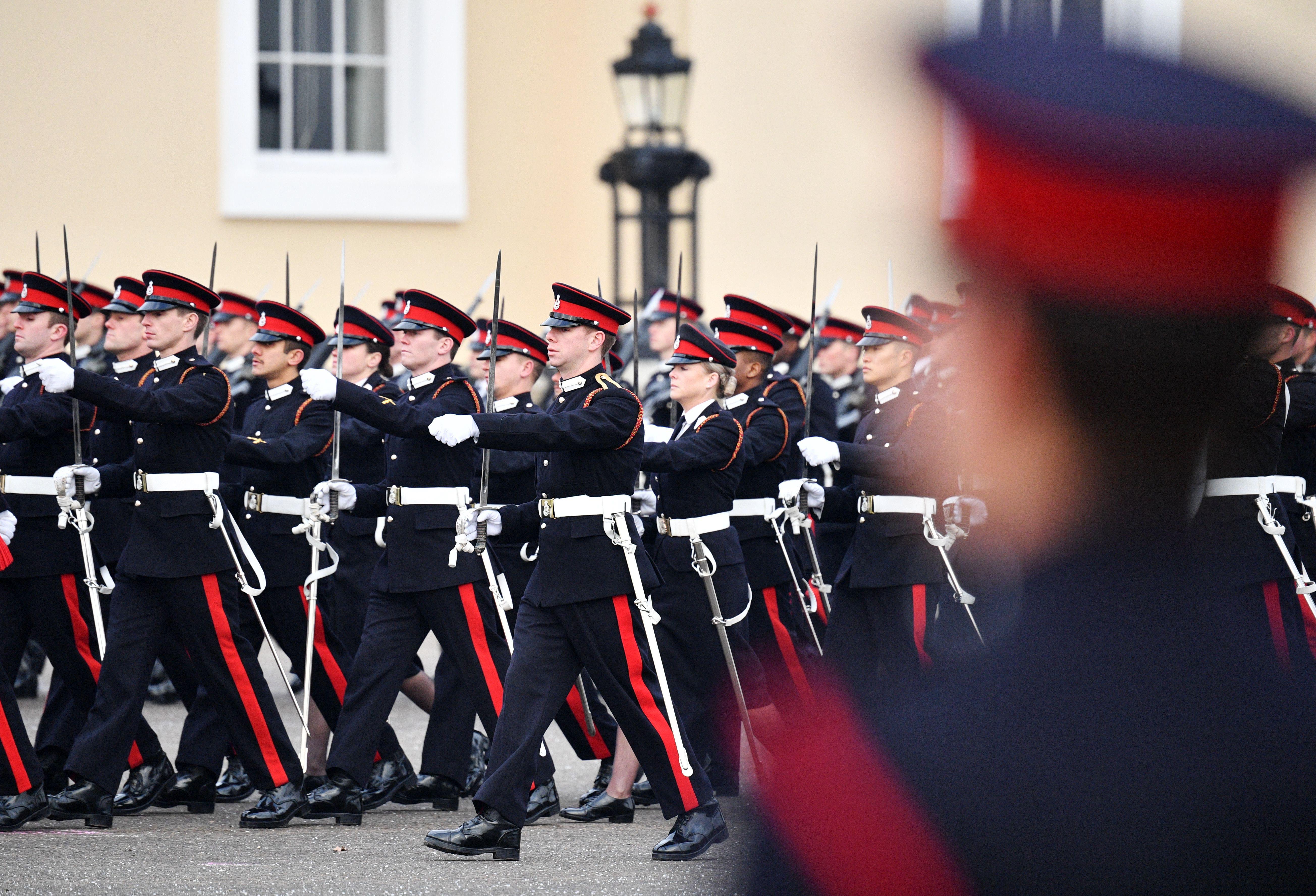 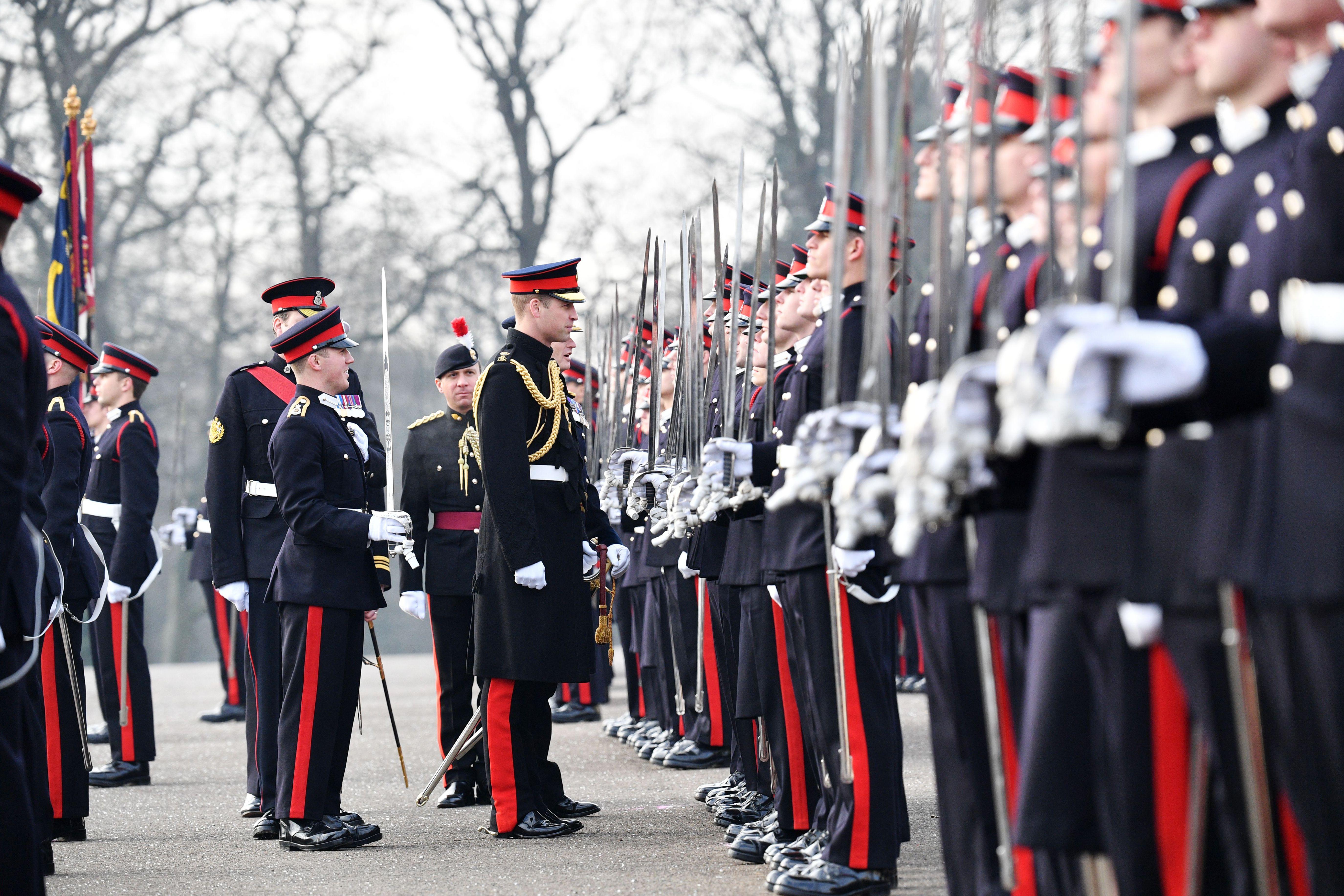 The duke joined 169 officer cadets from the UK on the parade ground in Camberley, Surrey, on Friday, along with 25 cadets from 19 overseas countries. 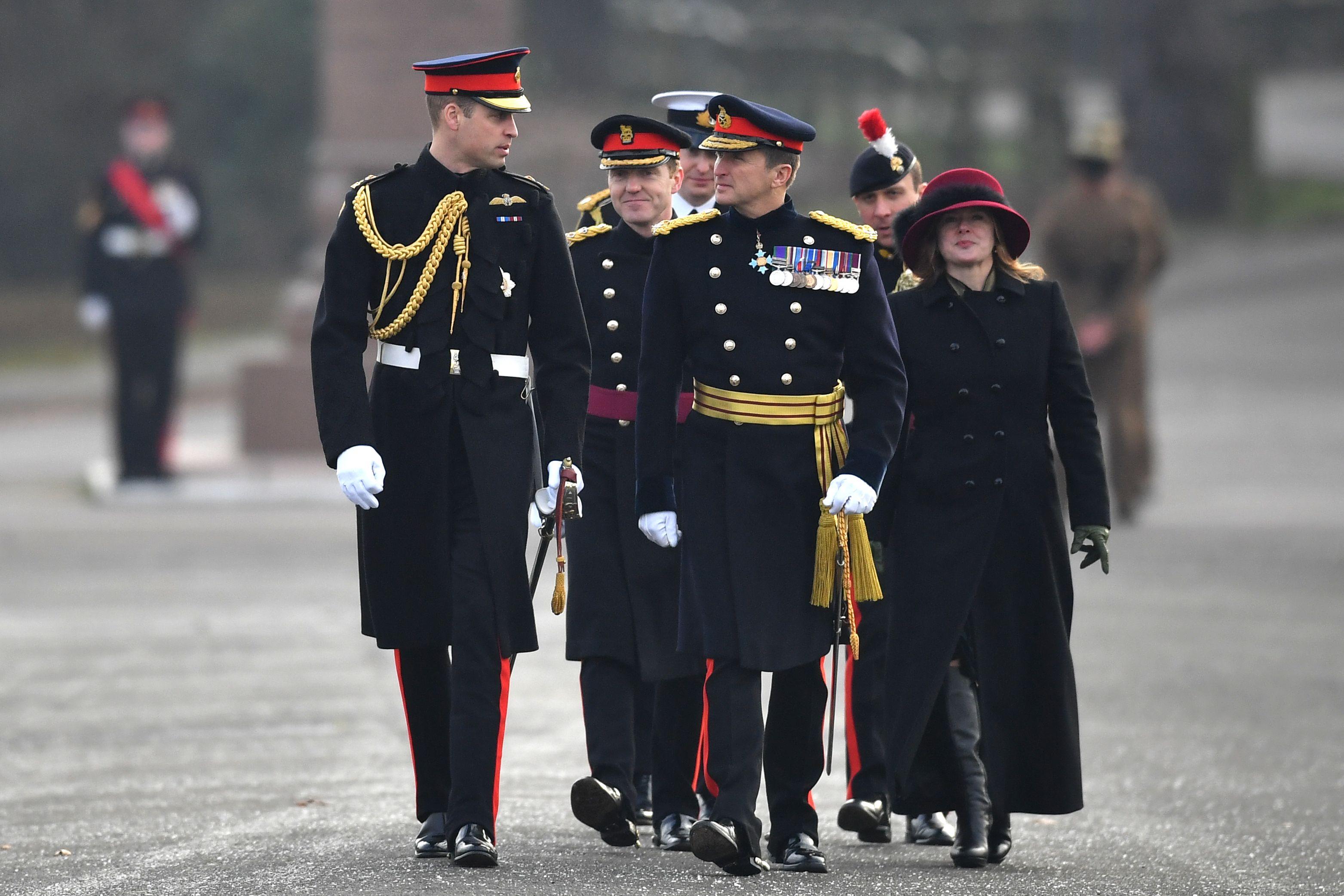 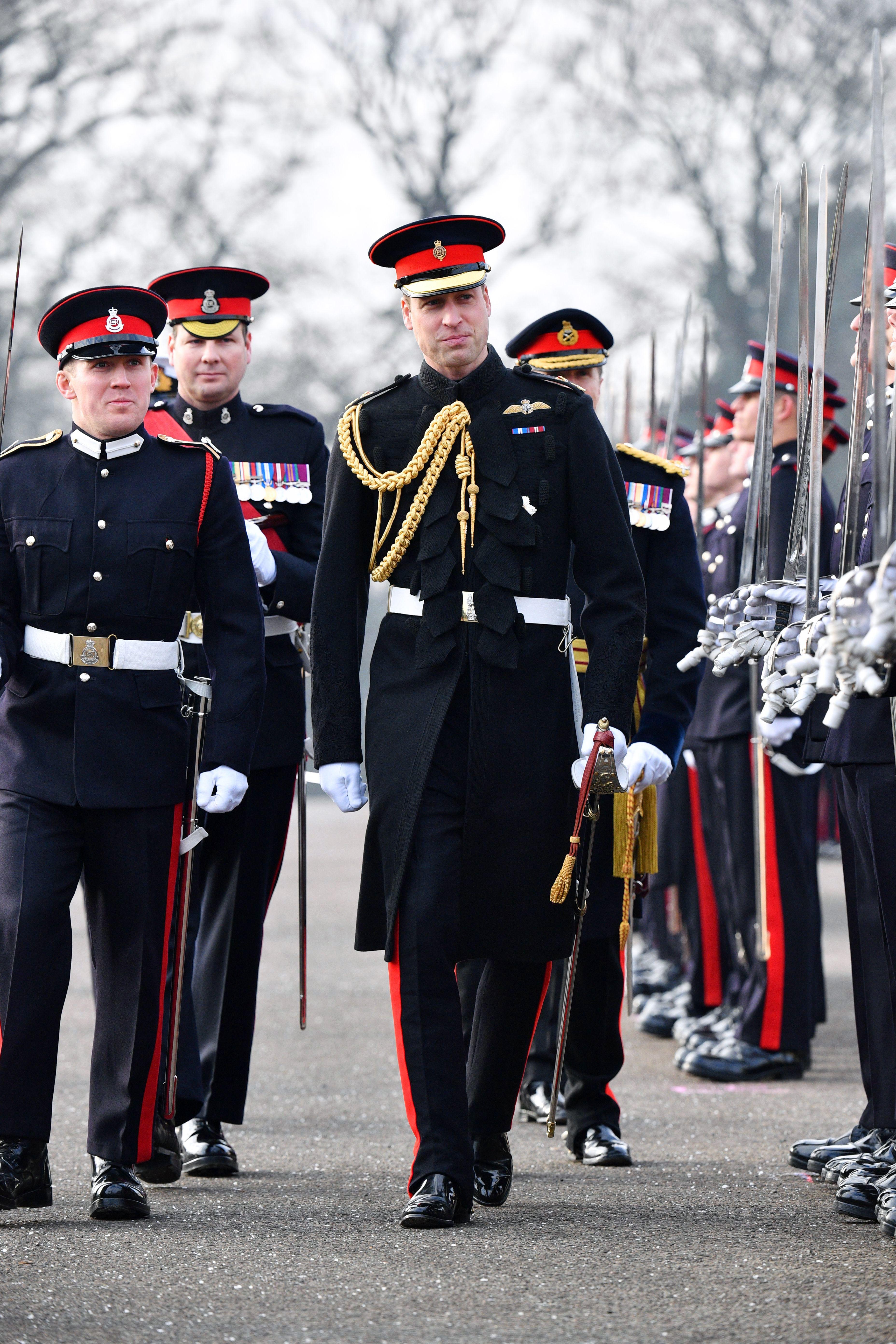 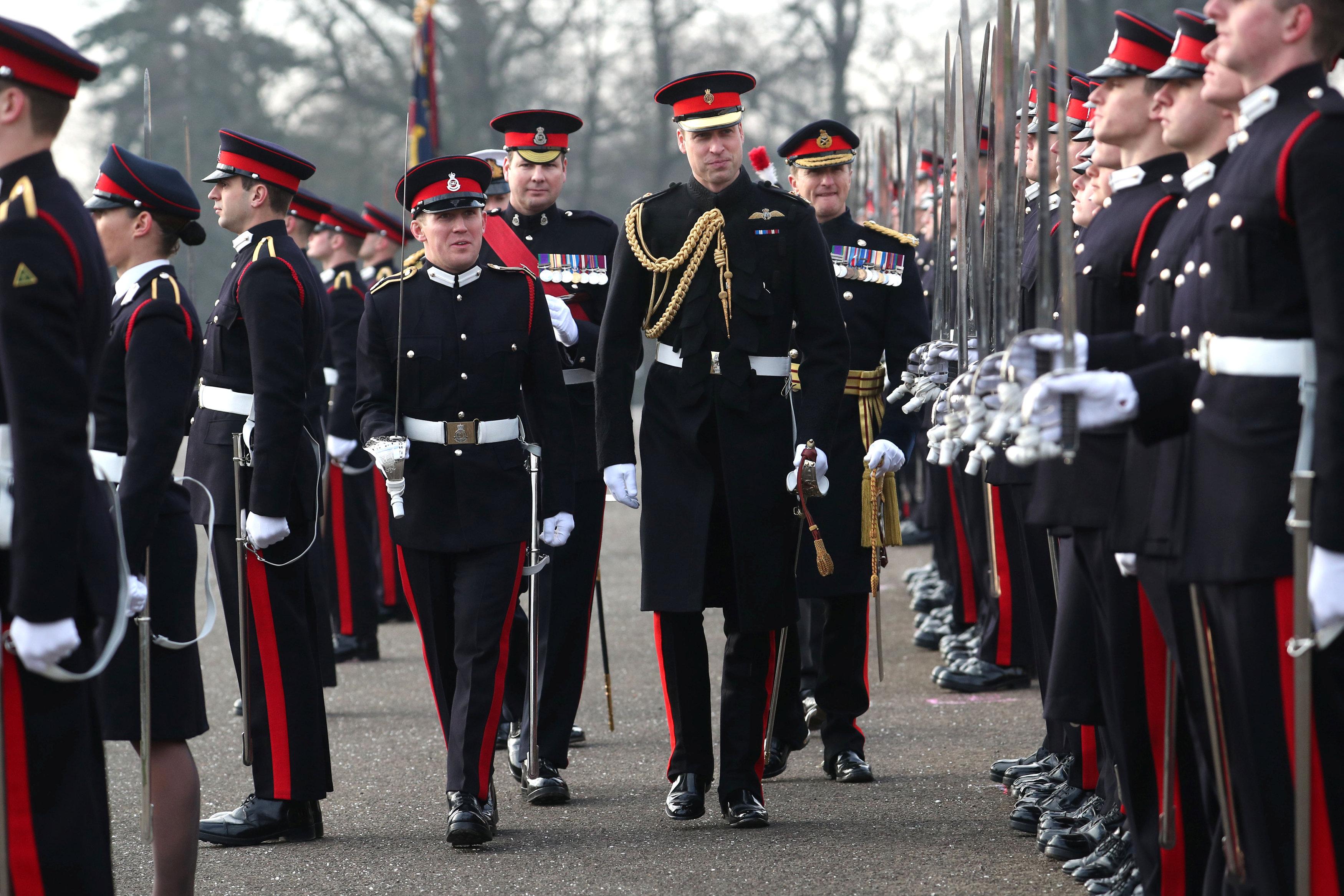 William, who served seven-and-a-half years in the military before leaving in 2013, encouraged the officer cadets to "go forward with confidence" and praised their "remarkable accomplishments".

The duke, who wore his Blues and Royals coat, also presented a series of awards including the Sword of Honour and the Queen's Medal.

During his seven-and-a-half years in the military, William served in the Royal Navy, British Army and RAF.

Last year, Prince Harry attended the parade, 11 years after his graduation from Sandhurst.

It was during Harry's visit to Sandhurst that Kensington Palace announced the date and location of his wedding with Meghan Markle.

It comes as the royals released their Christmas cards – with William and Kate opting for an autumnal photo with their children on a tree trunk.

Meghan Markle and Prince Harry used a heartwarming shot of them as newlyweds watching fireworks as their shot of the year.

This follows rumours of a "royal rift"between Meghan and sister-in-law Kate Middleton.

They are said to be set for a frosty Christmas gather with the Queen on Christmas Day.

Kensington Palace was forced to deny claims of a row between the two couples last Christmas, when sources claimed that Prince Charles had arranged for Harry and Meghan to stay with William and Kate at the Cambridge's Norfolk residence, Anmer Hall.