A Supreme Court judge has warned lawyers acting on behalf of an anti-vaccination activist that they may be obligated to return some of the fees they collected after an “exorbitant” amount of money was used in a failed challenge to a vaccine mandate.

NSW paramedic John Edward Larter collected hundreds of thousands of dollars from donors online to challenge the vaccination mandate and now faces being liable for paying the legal costs of the NSW state government after losing the case. 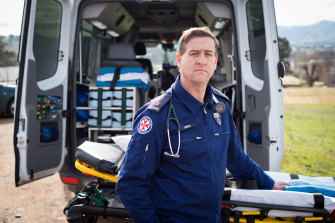 Mr Larter, a paramedic from Tumut in the NSW Riverina, sought an exemption from vaccination on religious grounds. He also challenged the validity of NSW’s COVID-19 public health orders that made it mandatory for him to get vaccinated.

The court rejected his application and upheld the public health orders saying it would be of no comfort to a patient infected by an unvaccinated healthcare worker to be told they were “unlucky by being in the wrong ward at the wrong time because most healthcare workers had been vaccinated.”

In a decision handed down last week, Justice Christine Adamson said even though the proceedings appeared to be conducted in a cost-effective manner, it involved expenditure which was “exorbitant”.

“The proceedings, which were apparently (as far as was evident from what occurred at the final hearing) conducted in a cost-effective manner, involved an expenditure on costs which is, on its face, exorbitant,” Justice Adamson found.

The court heard that as of November 22 Mr Larter had collected $244,420 through crowdfunding platform gofundme via 3,700 donations.

Mr Larter also solicited funds from followers on social media site Telegram by asking supporters to make a direct deposit to an account he said was controlled by his lawyers, though how much was collected via this means was unclear.

Mr Larter was represented by Sydney law firm Pryor Tzannes & Wallis Solicitors. Firm partner Robert Macaulay told the Age and Herald that they were instructed to appeal the costs order and have filed a notice to begin that process.

With the matter again before the court, Mr Macaulay declined to comment further on the case.

Mr Larter’s solicitor, Jarryd Wilson, previously told the Supreme Court that the money raised in crowdfunding donations was completely exhausted by the litigation.

“Following my review of the records maintained by [Pryor Tzannes & Wallis], I believe the funds raised by Mr Larter including via donations from third-party sources have been entirely exhausted in payment of his legal fees and disbursements in preparing for and running these proceedings,” he said in an affidavit.

Justice Adamson also said that Mr Larter was presumably warned this was a risk of pursuing the legal challenge. The judge rejected Mr Larter’s argument that he should not have to pay costs because he brought the claim in the public interest.

Court documents show that when Mr Larter was collecting money, he was told by his solicitors that he would need an additional $50,000 to “fight this to the end”.

The case was brought against NSW Health Minister Brad Hazzard, NSW Health and the state of New South Wales.

A handful of lawyers have put themselves forward as advocates for the anti-vaccination movement. Between them, they have collected more than $1 million in legal funds for challenges which have changed neither the approach nor the laws of state or federal jurisdictions.