A US reconnaissance plane caught on a camera a "rubber duck" shaped UFO which was tracked for at speeds of up to 200mph for 40 minutes. 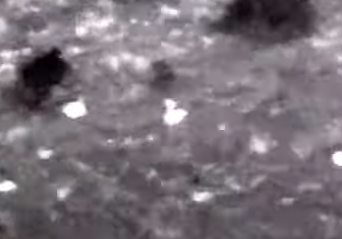 Footage begins with the plane's crew surveying the landscape using their thermal optics system – known as FLIR – as they were said to be on a reconnaissance mission.

Some 20 minutes into the footage, the UFO – which appears to be shaped like a rubber duck " – comes racing into view in the clip taken at around 9pm on November 23, 2019.

The shape – estimated to be around 6ft long – hurtles over the the landscape and appears to change before speed and direction as it moves.

For around 40 minutes the aircraft's FLIR camera operator tracks the object during the encounter not far from the US's southern border with Mexico.

The object appears to be moving between 90 and 200mph according to the data available in the video.

After just under an hour, the video cuts off with the "rubber duck" still in view.

It is unclear what the object in the video is and for now the phenomena remains unidentified.

And it is also unclear if the strange shape is one object, or two flying alongside each other.

The footage has chilling echoes of the infamous 2013 Aguadilla UAP footage which was described by scientists as the "most compelling" UFO ever caught on camera.

Public flight data for the recon plane – call sign IRONS12 – from the night of the encounter shows the plane appearing to circle over the Buenos Aires national Wildlife Refuge.

It comes as the US continues to probe UFOs – now more commonly known as Unidentified Aerial Phenomena (UAPs) – following the release of much anticipated report by the Pentagon.

The Pentagon UAP report confirmed there have been numerous unexplained encounters between the US military and UFOs – and it did not rule out the possibility of aliens.

UFO hunters are abuzz about the eerie footage which was first released by NY UAP Discussion on YouTube.

And former Pentagon insider Luis Elizondo confirmed in a livestream that the video is legitimate footage from the DHS. 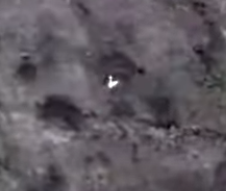 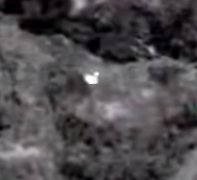 "The problem is we don't still yet know what it is, but its not a fake video from what I have been informed," Mr Elizondo said, while speaking to podcaster Max Moszkowicz.

FLIR expert Dave Falch also weighed in on the video and confirmed he believes the object remains unexplained – and it is likely not to be a plane, balloon or drone.

"I am at a complete loss as to what this could be," he said, in an analysis clip on YouTube.

Falch compared FLIR footage of balloons, drones and birds to the video as none of them appears to match up with the object seen in the video.

In June the Pentagon released its UAP Task Force report which revealed 144 unexplained UFO encounters with the military including 'Tic Tac' shaped UFOs buzzing US warships and warplanes.

The report – officially titled "Preliminary Assessment: Unidentified Aerial Phenomena" – was released after US Congress passed a bill by the Trump administration.

The legislation included request for the Defence Department to publish a report to the Senate Intelligence Committee on UAPs.

The preliminary assessment was based on reports sent to the secretive UAP Task Force between 2004 and 2021. 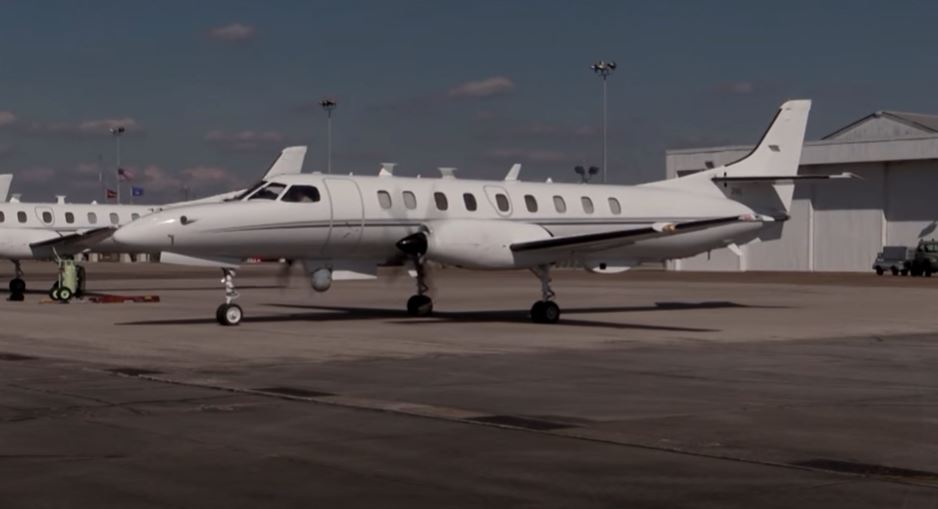 Only one was definitively identified – which was said to be as a deflated balloon.

The task force noticed UAP sightings tended to cluster around US training and testing grounds.

And in one of the most infamous encounters, a former US launch officer, Captain Robert Salas, claims the objects shut down nuclear missiles.

The UAP report said some UFOs could be attributed to foreign technology developed by China or Russia or a non-government entity, but more analysis would be needed.

And it is expected the Pentagon is planning to set up a permanent UFO office based on the findings of the report.

In a letter to military chiefs, Deputy Secretary of Defence Kathleen Hicks said: "All members of the department will utilize these processes to ensure the UAPTF, or it's follow up activity, has reports of UAP observations within two weeks of an occurrence."